Market Report: The war between physical and paper hots up 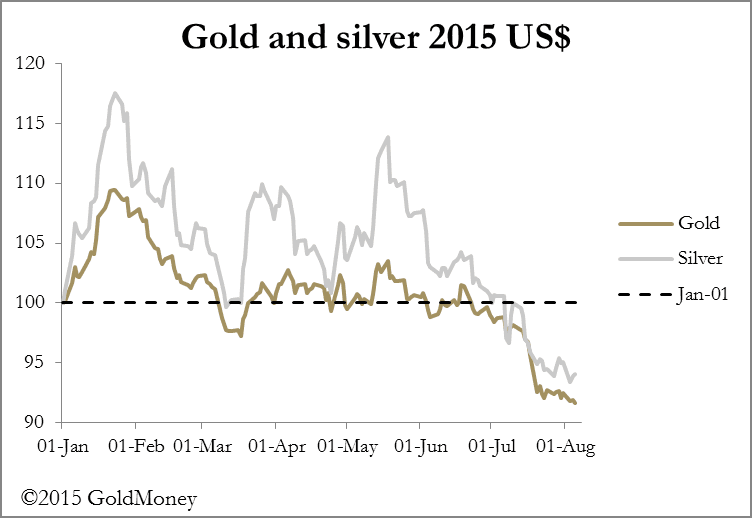 Gold and silver traded in a tight range this week on low futures volumes.

Last Friday the gold price rallied from $1,080 to $1,101, last night it closed at $1,089. Silver also traded in a narrow range though both are slightly firmer in early European trade this morning.

The market background is extraordinary. Last week gold's open interest fell sharply, suggesting that some of the oversold condition was being unwound: not a bit of it, it was only spread positions being closed, and for the second week in a row the Managed Money category's net short position increased to an extreme condition previously unrecorded. This is shown in the next chart. 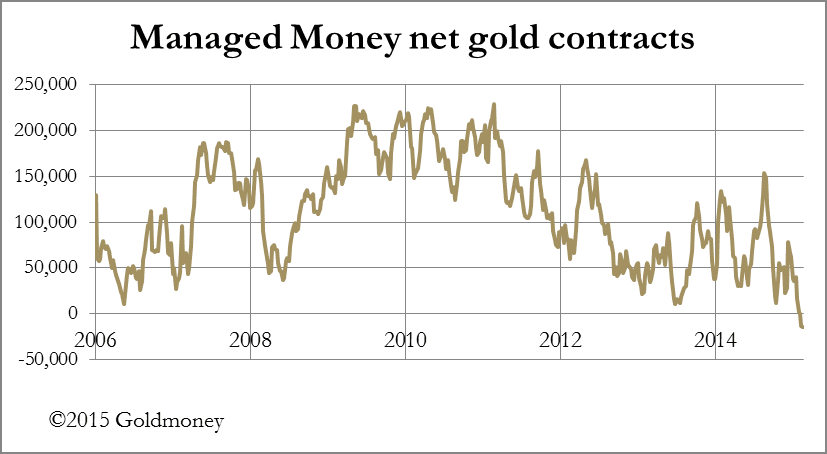 Isolating the short side is even more remarkable. 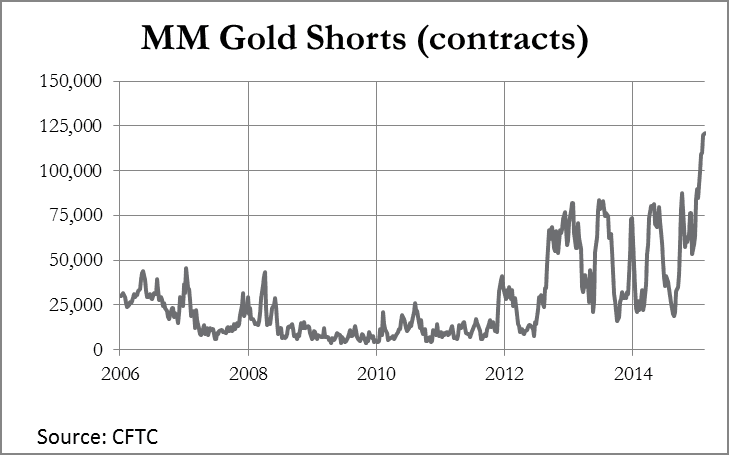 Since the date of the last data input (28 July) open interest has fallen by only 4,000 contracts, suggesting the speculative money is still very short. It would be remarkable if these market conditions are not followed by a massive bear squeeze.

Investors in gold ETFs such as GLD are liquidating dismayed by the negative trend. Some of the gold released is simply migrating east, but this is small in comparison to the increase in demand from value buyers around the world. In the week ending 24 July, the Shanghai Gold Exchange delivered 73.3 tonnes into public hands, and India has also reported a substantial increase in gold imports in recent months as well. And that's only the public in two countries. Recent reports suggest a global revival in physical demand from South Korea to Europe. British gold sovereigns are in short supply at some dealers suggesting demand has picked up in the UK. Coin dealers in the US are also reporting high demand.

How much all this amounts to one can only guess, but a figure of between two and three times mining output seems likely. The balance must be coming out of vault storage, as has been the case since April 2013. At these prices scrappage must have declined.

There is evidence that shortages of deliverable gold are also developing on Comex, where registered gold, in other words gold in Comex vaults available for delivery, fell to a very low 362,000 ounces. This is at the same time holders of the August contract have been standing for delivery, creating potential difficulties. The short term problem appears to have been partially resolved with a transfer in JPMorgan's vault of 276,000 ounces on Tuesday from the eligible category, or gold held in safe custody. Whether or not this is JPM acting out of charitable feelings towards the market or on behalf of a government agency to create deliverable liquidity we can only guess. Either way, it should be observed that if "the establishment" is prepared to bail out the market, Comex could become an easy source of physical gold for large buyers, given shortages and delays in delivery are common elsewhere.

It is hard to see that being permitted for long. Considering all these factors the odds favour a price recovery from current levels, if only to call a halt to the underlying redistribution of bullion.