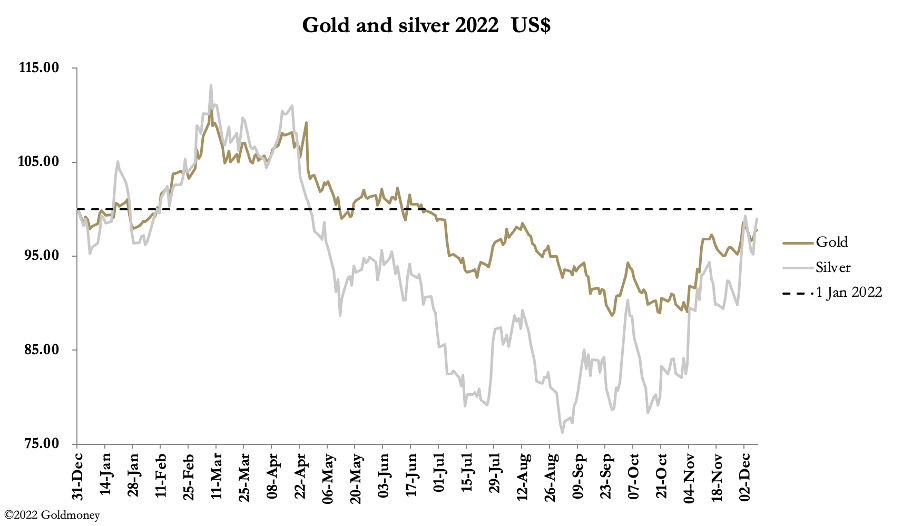 After a knock-down Monday, gold and silver resumed their firm tone this week in light Comex turnover. In Europe this morning, gold was at $1798, unchanged from last Friday’s close, and silver traded at $23.08, down only 2 cents.

As our headline chart shows, the year-end rally has taken gold and silver almost back to where they were at on 1 January. For the bean counters looking at relative performance of asset classes, this is not a bad outcome.

As is often the case, chart followers are in two minds. Elliott wavers see a five-wave leg completed and expect a pullback before a move up to challenge the top line in a classic A-B-C flat. And trend followers see a declining 200-day moving average as limiting further progress. This is illustrated in the next chart. 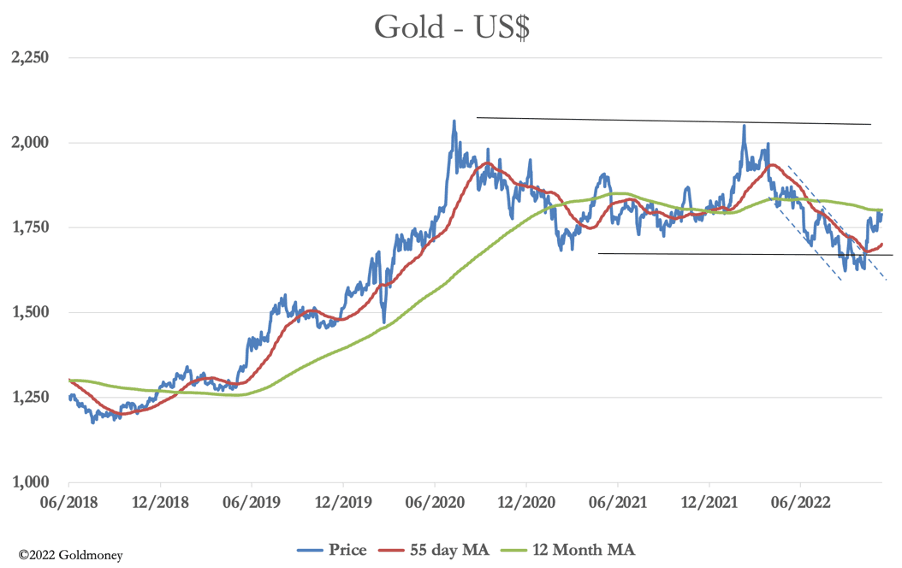 However, a far better indicator of the state of the market is whether it is oversold. And here, the best statistic is the level of Open Interest on Comex, shown below for both gold and silver (the black lines). 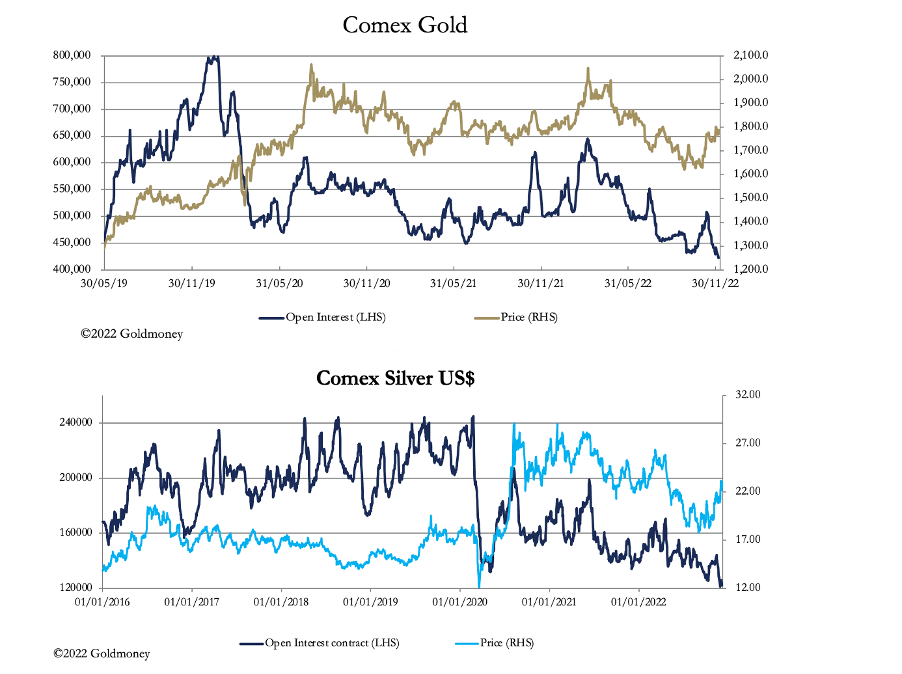 Open interest in both contracts is lower than it has been since before the pandemic. This tells us that as a class professional derivative traders, hedge funds et al, are absent. This is surprising, because with the dollar in a downtrend, one would expect to see them short of dollars and long of gold and silver contracts. In other words, the profit-taking which Elliott wave analysts expect after a five-leg impulse move will be very limited.

If Elliott is gobbledegook to you, don’t worry. It is worth mentioning because it is a widely followed technical analysis tool, and behind many of the trading predictions on social media. The clear message is best: If they haven’t got it, they don’t have it to sell, and at some stage they are probably going to buy it.

The big picture continues to suggest that interest rate rises will be ameliorated, with fear of recession dominating commentary over fear of inflation. Furthermore, in recent weeks there have been indications that the western NATO-based alliance is weakening as the winter in Europe takes hold. Russia’s tactics of destroying Ukraine’s power supplies coupled with food deprivation threatens both heightened misery for the Ukrainians and over 30 million people having to choose between emigration or freezing. From their comments, the EU’s national leaders are worried, and there are early signs of hesitancy in US policy.

While we are a long way from seeing a peace settlement, any moves in this direction would be positive for markets. Energy prices would be expected to soften, interest rate increases to be further limited, and crucially, the immediate threats to the euro eased. In turn, this would lead to further declines in the dollar’s trade weighted index, which for Comex traders encourages buying of gold and silver contracts.

The final word is reserved for China. Inflation is low, and money supply is growing again, signalling an Asian recovery to soften a global recession.