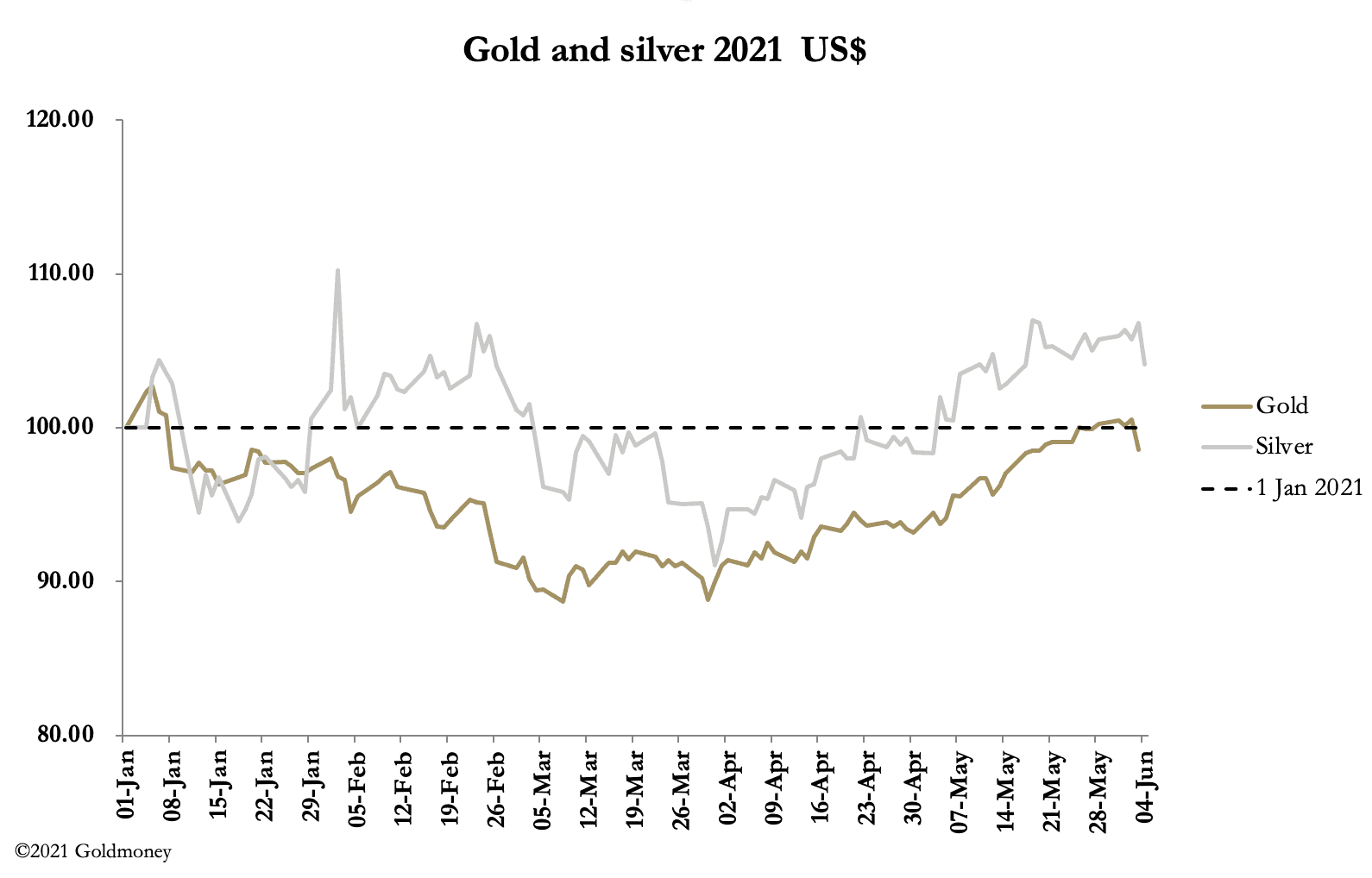 All was going swimmingly for gold and silver until yesterday (Thursday), when gold took a $37 hit and silver was thumped by 70 cents. Consequently, by morning trade in Europe today gold had lost $32 to $1870, and silver 54 cents to $27.38.

At the root of it was the increase above expectations in private sector payrolls, reported on Thursday by the ADP Research Institute. But given that massive labour shortages have been reported for the last month or two, this does not constitute news. But it is the effect that matters. Investors are reminded that tapering is likely (despite semi-official denials) and that perhaps interest rate increases are brought forward. Consequently, the stock market drifts off, the dollar’s trade weighted rises fifty basis points, and gold and silver prices are hit.

The reality is nothing new, but it is an excuse to deter buyers of gold and silver futures and to encourage panic among the bulls. Furthermore, it plays to those who, after a rise in the gold price of over $220 since 30 March, think a consolidation is overdue. But we must look at the motivation of the relevant parties. 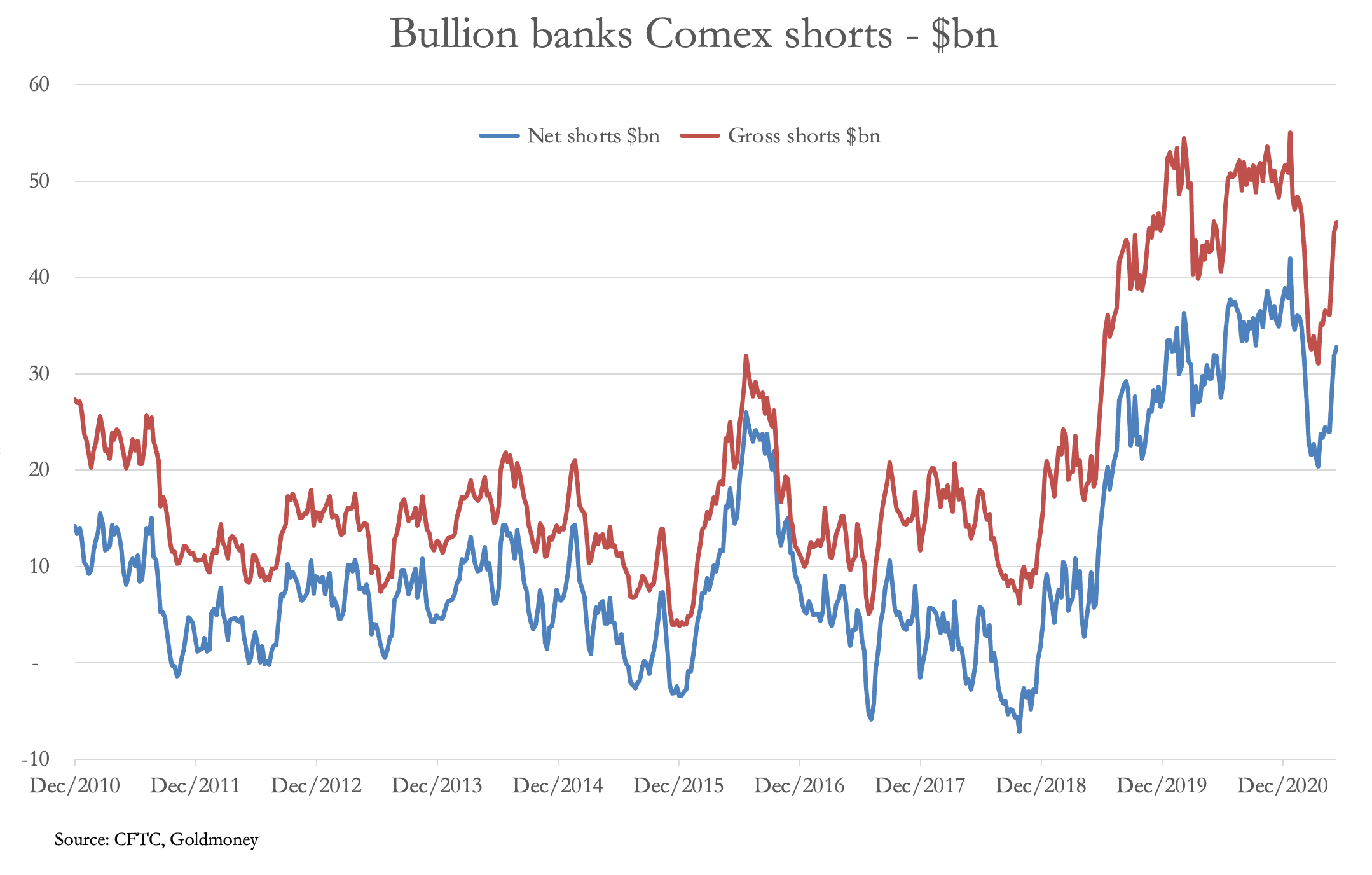 The Swaps’ short position has been rising alarmingly, deepening their losses. 28 of these bullion bank traders last reported total short positions at $45.7bn (COT figures 25 May) and 20 reported long positions of $12.9bn. That’s an average of $1.63bn and $0.65m respectively. Clearly, the Swaps on Comex need to exploit every opportunity to shake out weak bulls in an attempt to close their net shorts.

But their short positions can only be closed if the speculators are overly bullish and therefore the market is significantly overbought. But our next chart of Managed Money (hedge fund) net longs shows this is not the case. 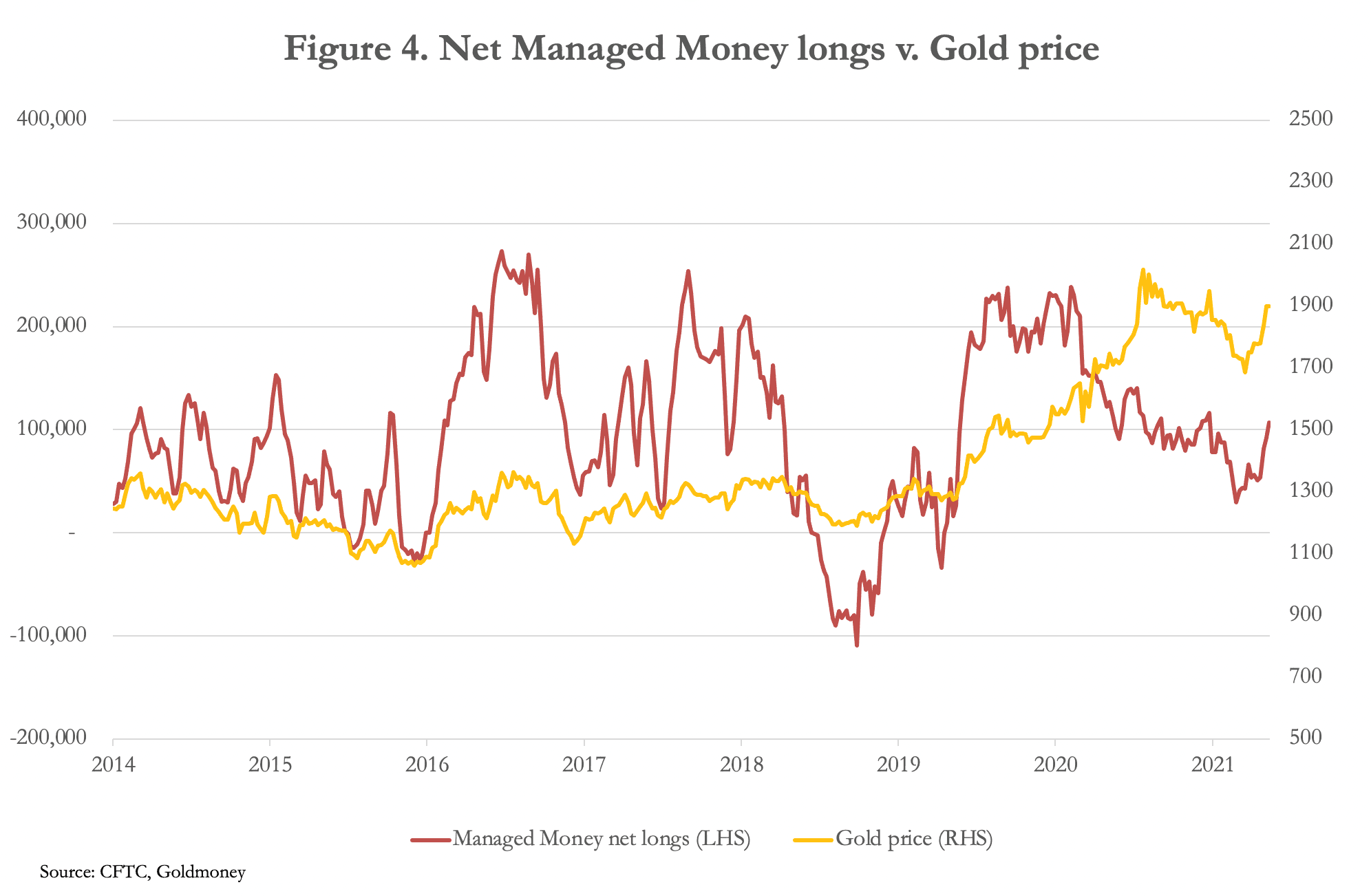 The Managed Money category net long position is slap bang in the middle of what can be taken as their own overbought/oversold indicator. In fact, at 107,000 net long, it is very close to the long-term average of 110,000 net long contracts. So, for the Swaps closing their shorts there is little joy to be had here. 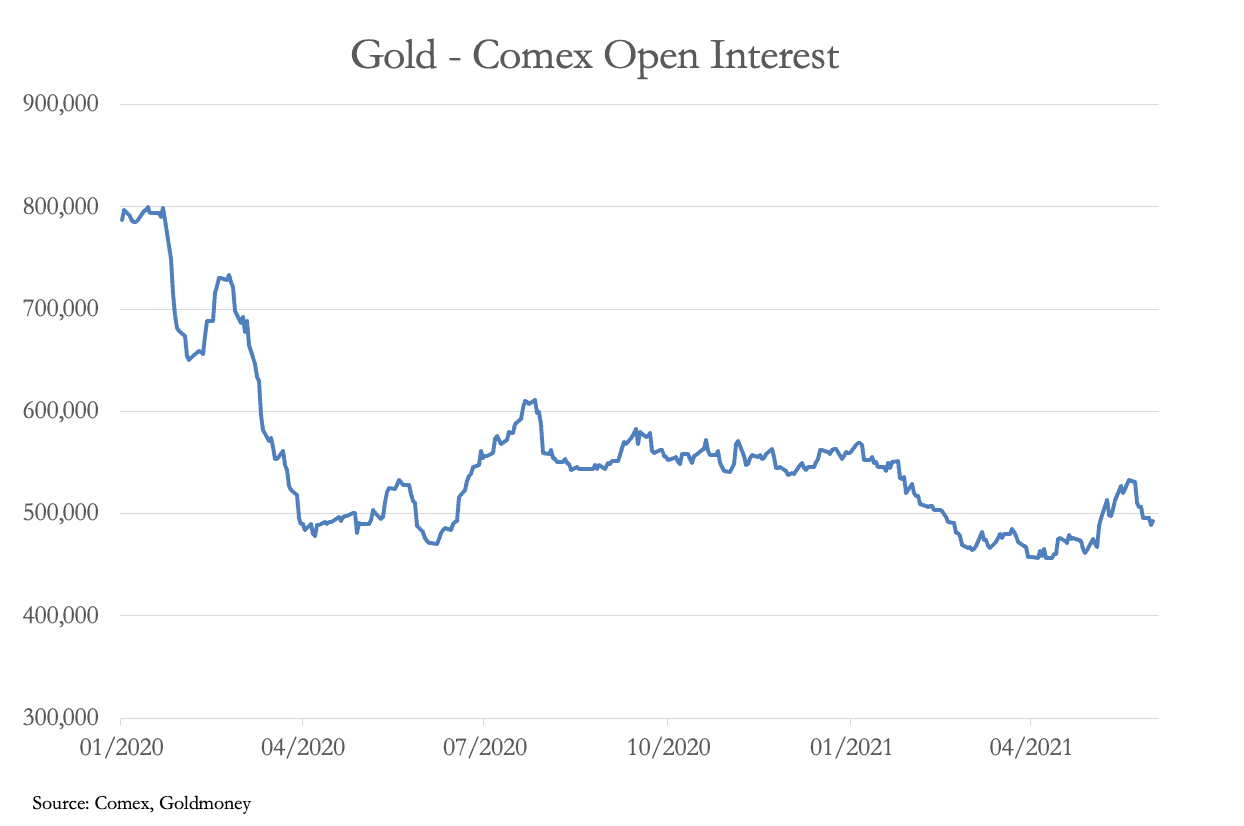 This does not mean the attack on gold and silver will be over in a matter of days —only that it is very unlikely to yield significant closure for the Swaps. Furthermore, it is worth noting that since last Thursday, 57.6 tonnes of gold and 377 tonnes of silver were stood for delivery on Comex.


The views and opinions expressed in this article are those of the author(s) and do not reflect those of Goldmoney, unless expressly stated. The article is for general information purposes only and does not constitute either Goldmoney or the author(s) providing you with legal, financial, tax, investment, or accounting advice. You should not act or rely on any information contained in the article without first seeking independent professional advice. Care has been taken to ensure that the information in the article is reliable; however, Goldmoney does not represent that it is accurate, complete, up-to-date and/or to be taken as an indication of future results and it should not be relied upon as such. Goldmoney will not be held responsible for any claim, loss, damage, or inconvenience caused as a result of any information or opinion contained in this article and any action taken as a result of the opinions and information contained in this article is at your own risk