The crisis is upon us 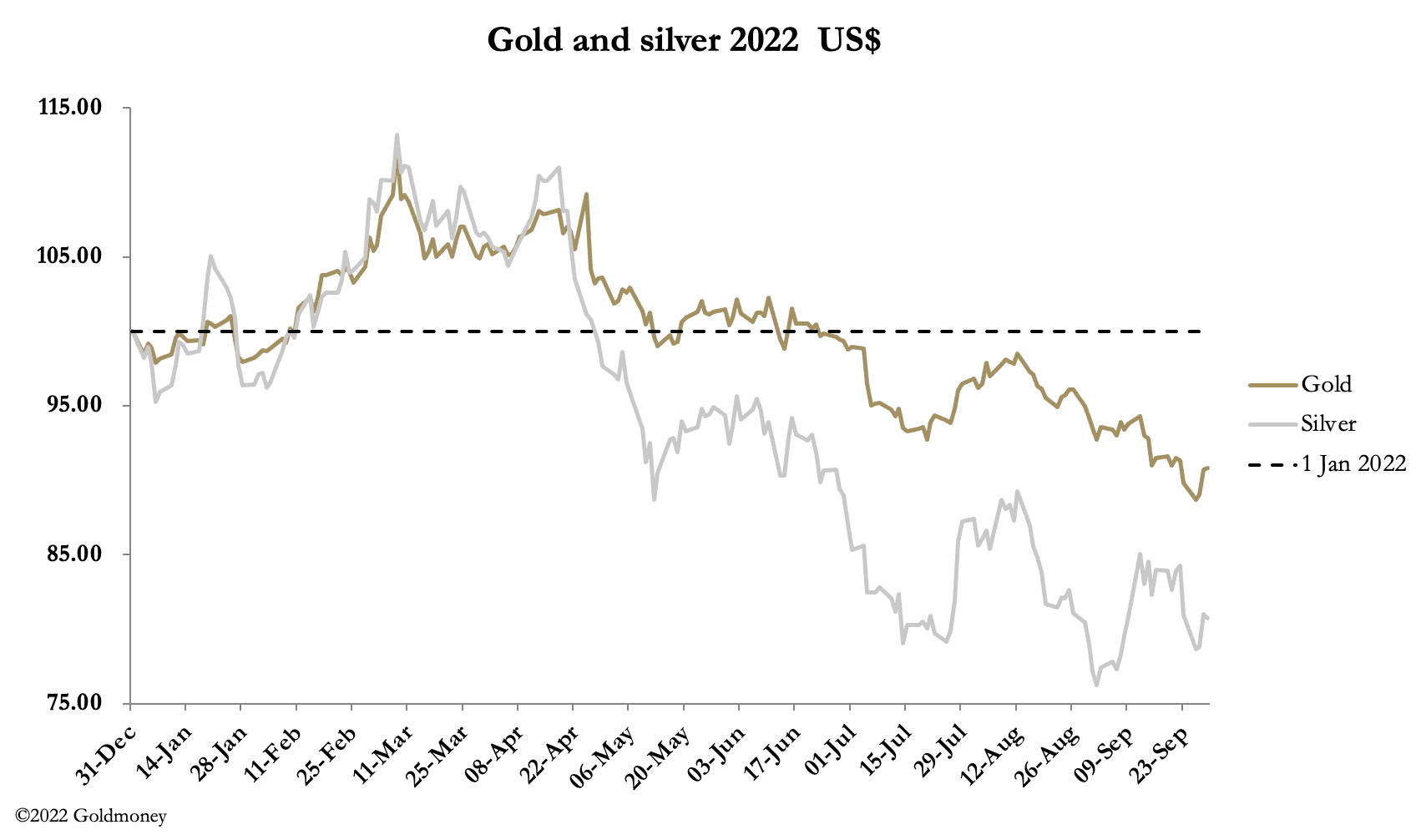 In an extraordinary week of turmoil in global bond markets, gold and silver rallied. In European trade this morning, gold was at $1672, up $28 from last Friday’s close. And silver at $19.16 is up 31 cents.

The big news was the collapse of the UK gilt market’s long maturities, which required the Bank of England to intervene, buying £65bn in long gilts on Wednesday. The situation arose out of pension funds leveraging their gilt portfolios through interest rate swaps and repurchase agreements up to seven times in an attempt to match their actuarial liabilities through liability driven investing (LDI). With over £1 trillion outstanding, a doom-loop of selling to meet margin calls was an emerging crisis which had to be stopped.

It has been a wake-up call for investors who were not even aware of LDIs, let alone the Lehman moment they brought about. LDIs are also common in the EU and the US so the problem is unlikely to be confined to London.

A pause for thought has stopped the headlong rush out of all currencies into the dollar, reflected in the chart of the dollar’s TWI: 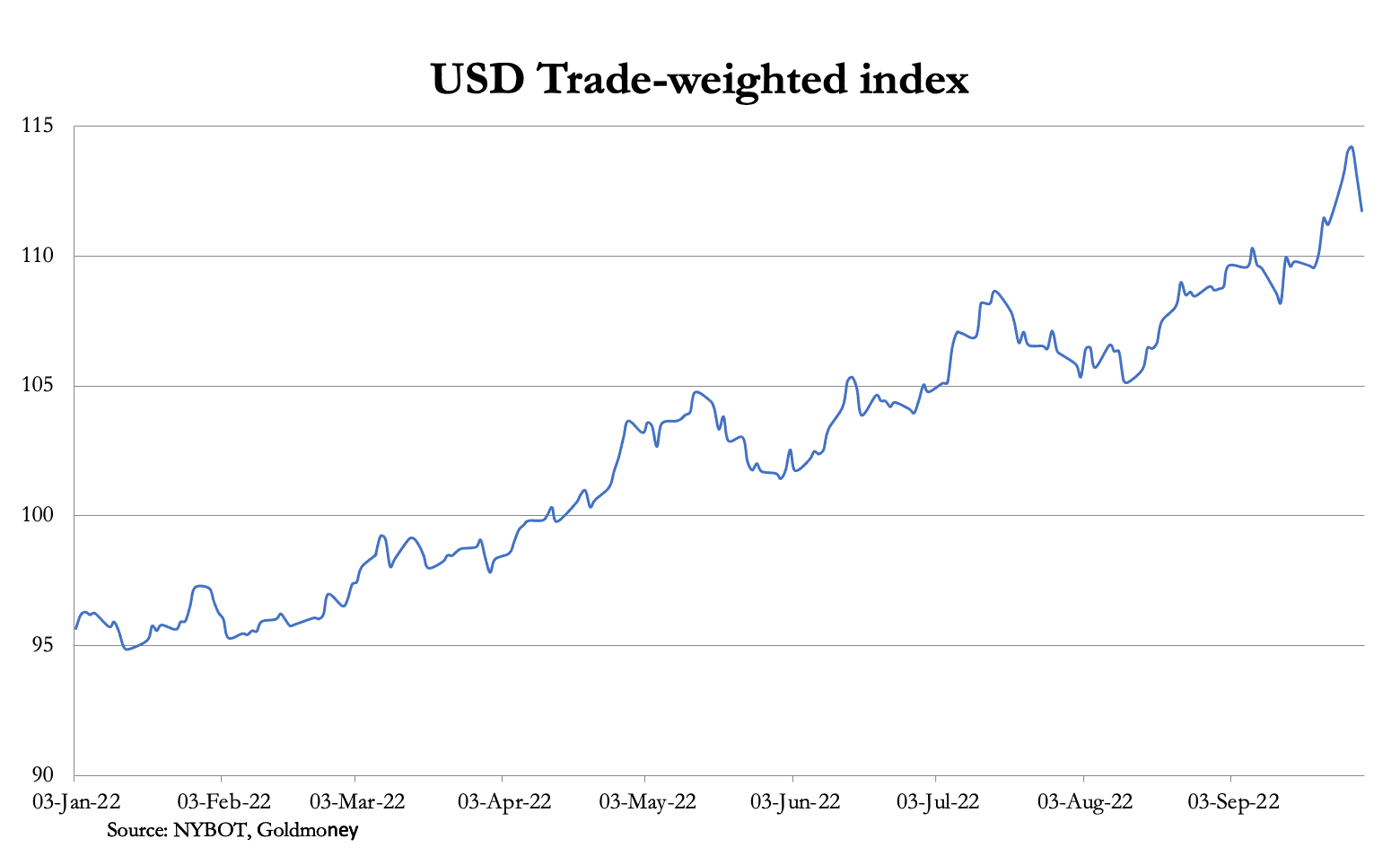 From a peak of 114.78 on Wednesday, the TWI has backed off to 111.61 this morning. Obviously, it is too early to say the dollar has peaked but bearing in mind the weight of speculative money that’s long dollars and short everything else, the chances of a significant reversal are high.

Gold and silver have benefited. Both metals are heavily oversold on Comex, with hedge funds (Managed Money) net short over 8,000 silver contracts at the last Commitment of Traders report (20 September) and net short 36,695 gold contracts. Since then, these short positions have probably increased, but we will have a better idea with an update after US markets close tonight.

Comex is finding a remarkable level of contracts being stood for delivery. In this month alone, 37 tonnes of gold have been stood for delivery, indicating that while hedge funds are playing their games and bullion banks are suppressing prices to recover their shorts, a mixture of high-net-worth individuals, long term investors, and perhaps minor central banks are cleaning out the market of physical bullion.

The conditions for a massive bear squeeze, similar to that between March and August 2020, now appears to be in place. Anecdotal evidence is that ordinary people around the world are now worried enough to clear out retailers of coin and small bar stocks.

With the rise in interest rates and bond yields just starting, a crisis has already occurred in UK gilts and pension funds. Consumer price inflation heading everywhere to over 10% and promising to stay there confirms they are still far too low. That means there will be more crises to follow, involving swaps and repos in addition to bank credit contraction.

Increasingly, those wanting to get out of an imploding fiat credit system are turning to real money — which is only physical gold and silver.