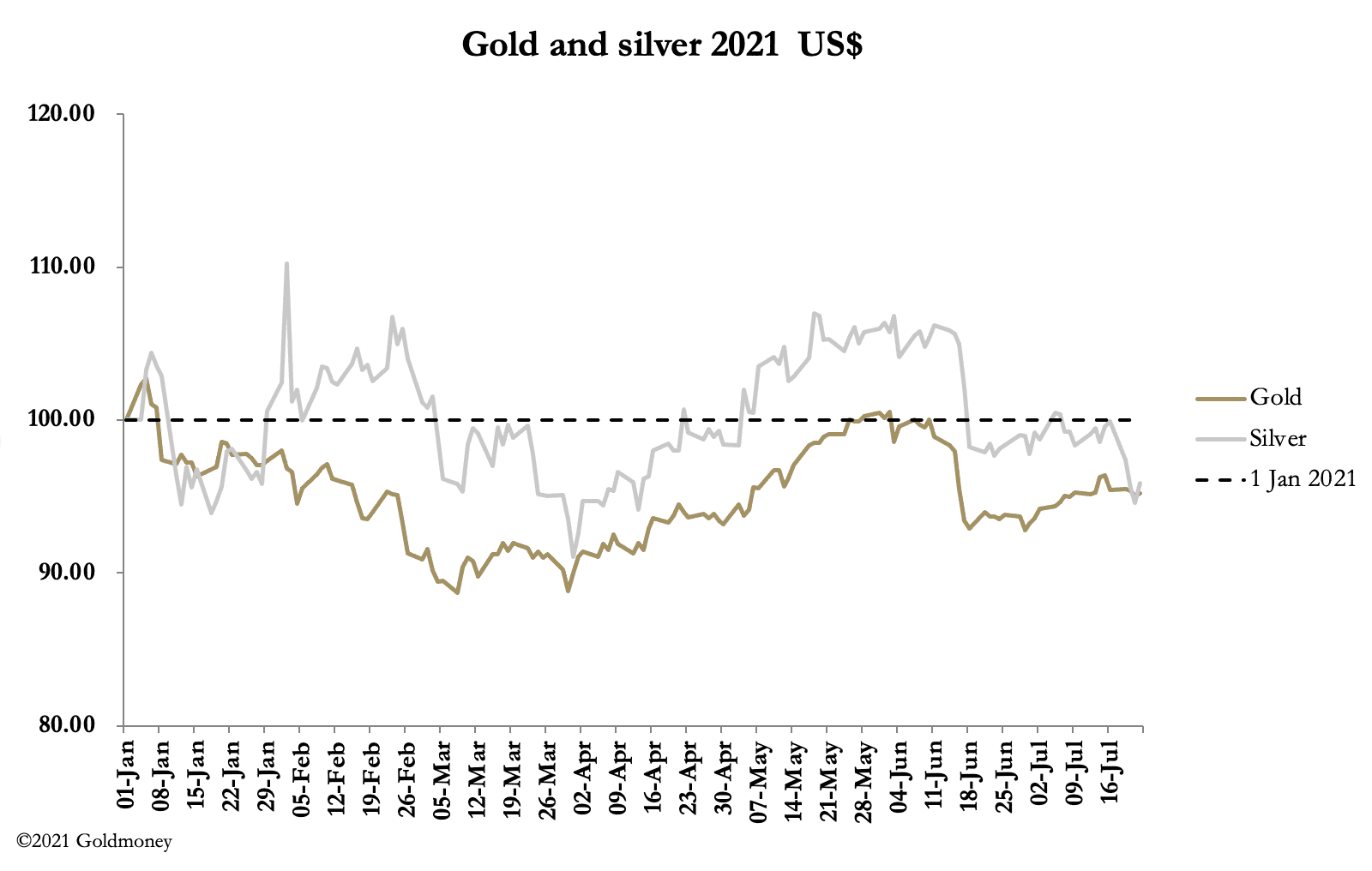 As can be seen in our headline chart, the gold price has gently climbed for a month now. Silver held its level until this week, when it sold off sharply and is yet to recover its poise. This morning, gold was at $1802, down $9 from last Friday’s close, and silver was trading at $25.20, down 40 cents on the same timescale.

Silver dipped as low as $24.75on Wednesday, the lowest since mid-April. The physical shortages have eased, with SLV’s inventory declining by 2.7 million ounces since the end of June. There is little doubt that the RobinHood ramp of a few months ago has a sting in its tail, having created stale bulls who are now selling.

Silver is of little monetary interest to central banks and sovereign wealth funds, and that is likely to explain why the gold price has held its level more effectively than silver. The bears, principally the Swaps on Comex, are reluctant to permit the gold price to rise because of their seemingly intractable short position, which is our next chart. 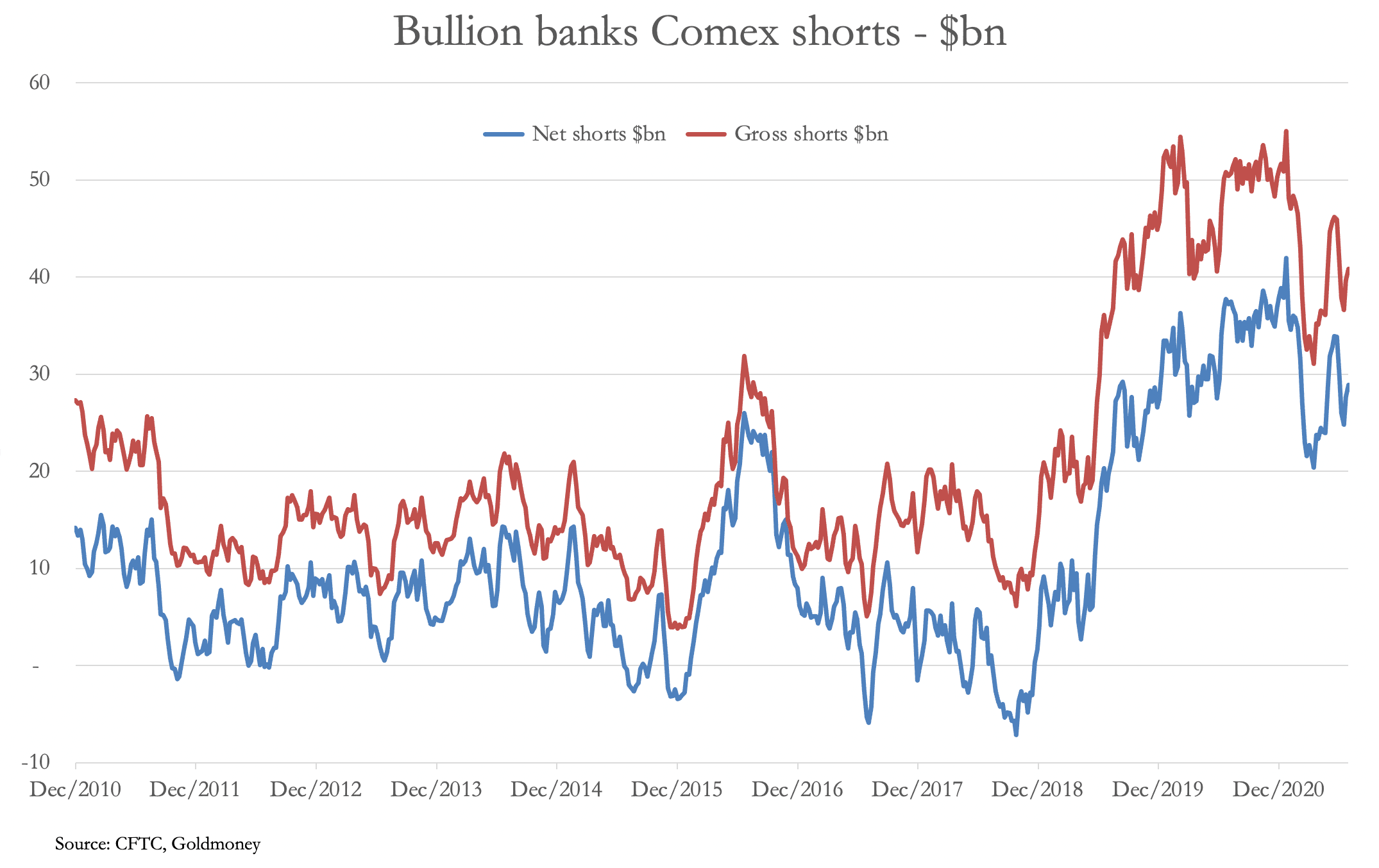 This was the position at the last Commitment of Traders’ report (13 July), when gross shorts were $41bn, net of longs $29bn. The problem for them is that Basel 3 is making holding these positions more expensive in balance sheet terms, and the LBMA crowd have until 2 January to sort themselves out. European and US banks already apply the net stable funding ratio calculation to their own accounts. Unfortunately for them, Comex open interest in the gold contract is now increasing, and their share of it is roughly 75%. This is our next chart. 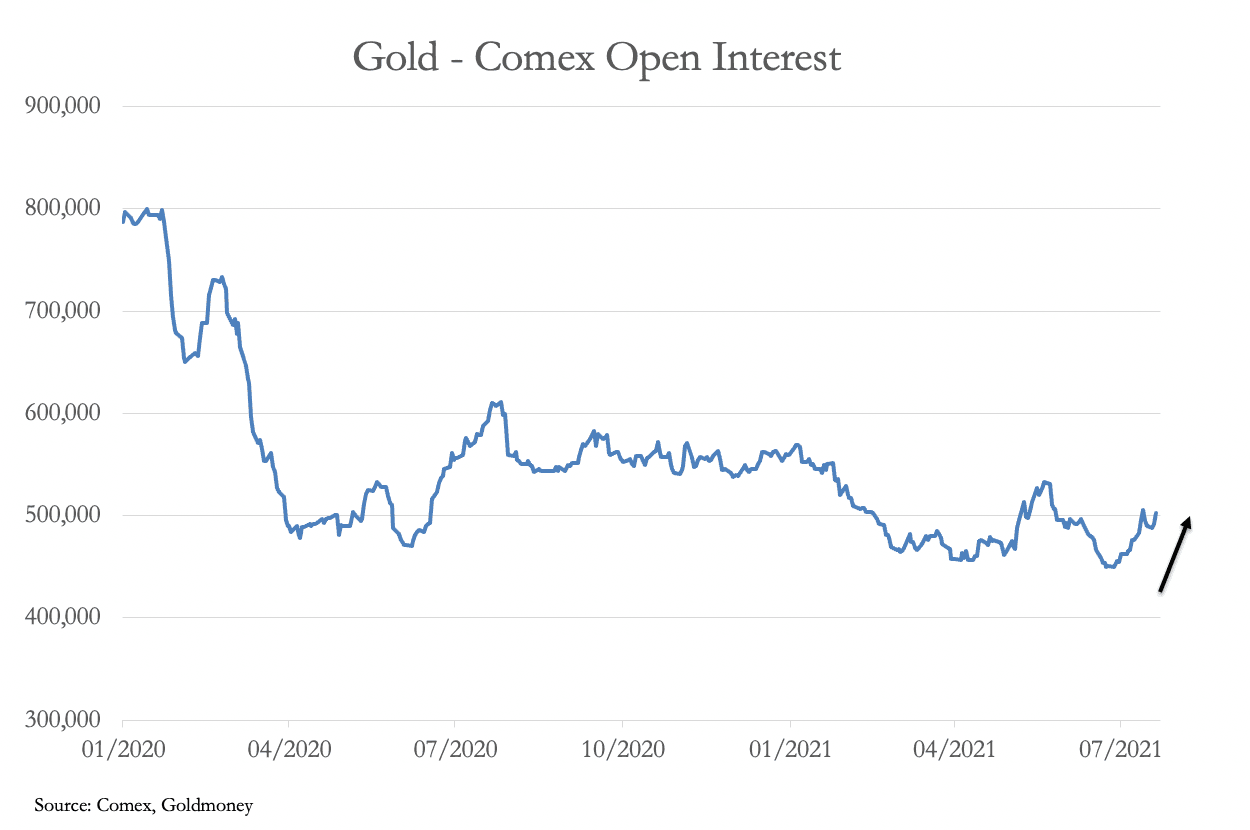 The Managed Money category (hedge funds) is increasing longs. But the dollar’s TWI has increased amidst the chatter about the potential for interest rates to rise. The TWI is our next chart. 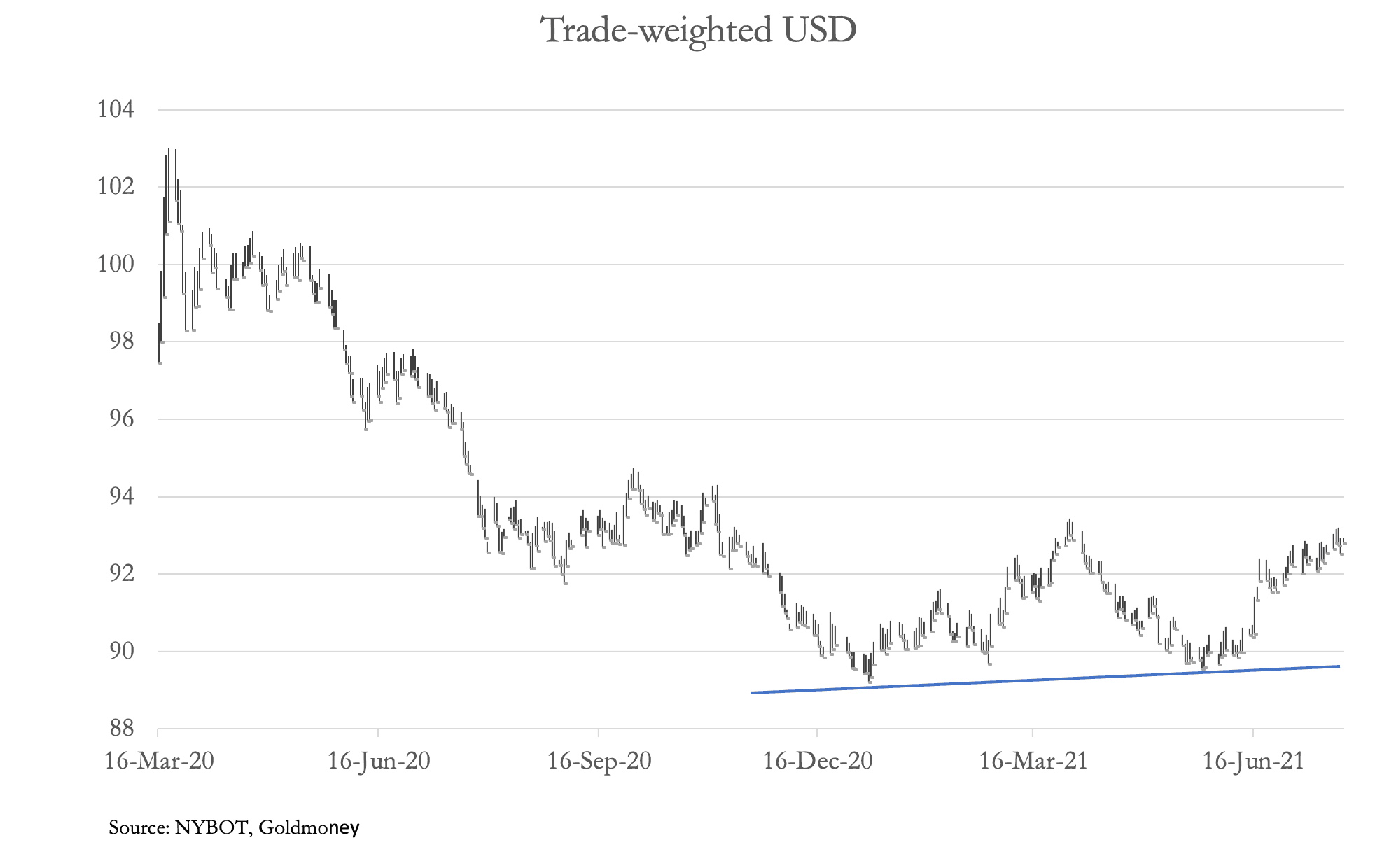 For the Swaps, so long as open interest can be contained, they can hope that rather like the situation in silver, stale bulls will gradually drift away. In their favour is that this week sees the Active August contract run off the board.

The interest rate argument is not simple. The conventional approach adopted by speculators is that a change in expectations towards higher interest rates is seen as negative for gold and bullish for the dollar, which is why the net accumulation of long contracts by the hedge funds is counter-intuitive. But perhaps on the margin they think the chances of a rise are already in the price.

Those of us with a longer perspective are aware that a rising interest rate trend is good for gold, assuming that the central banks act reluctantly to raise them. This describes the current situation perfectly.

On the economic front, we are not out of the Covid woods yet. The economic damage to production and logistics is set to worsen as a result. Budget deficits will remain super-elevated with all that implies for monetary inflation.