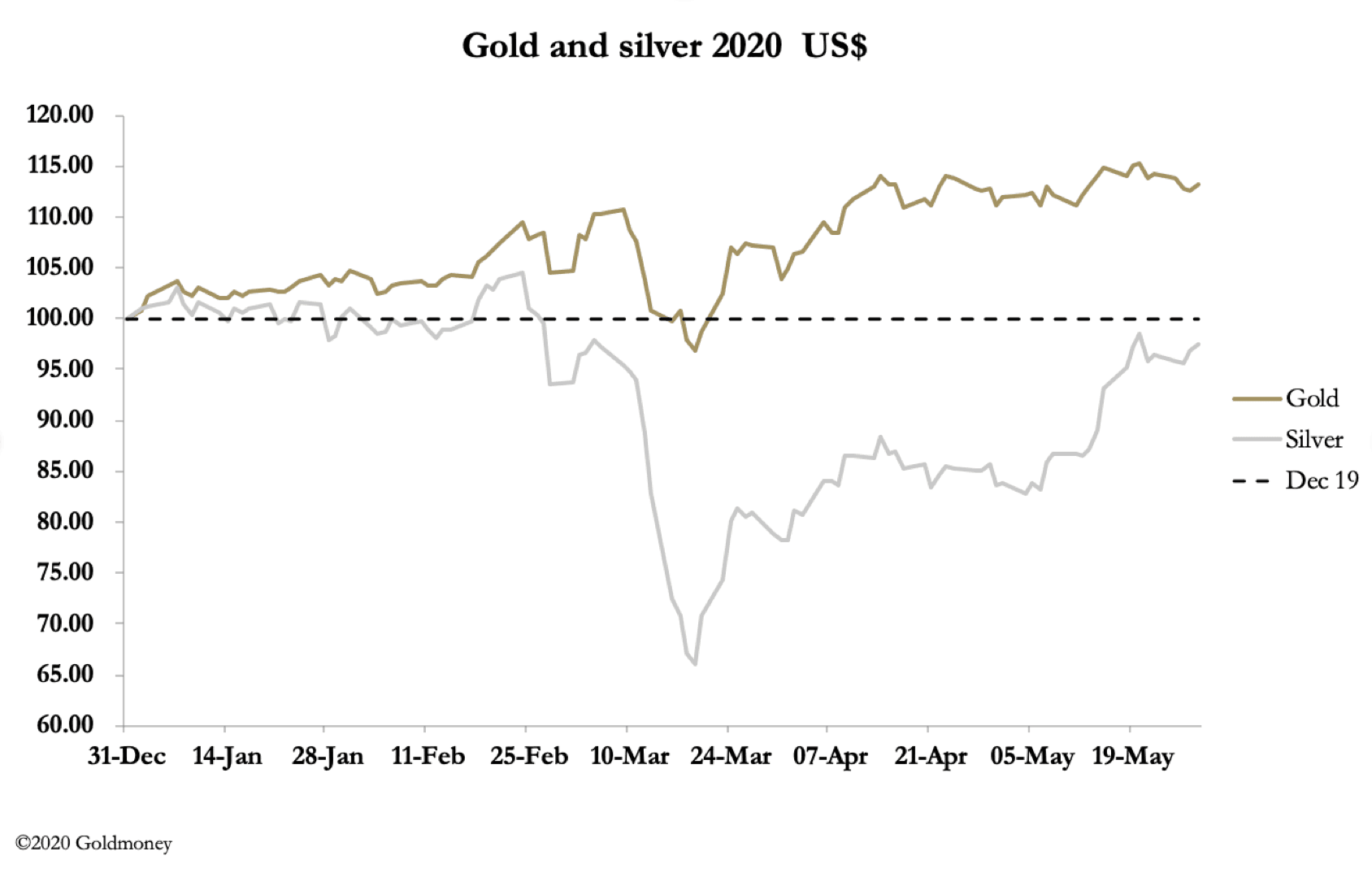 Gold and silver consolidated this week, trading in a tight range. From last Friday’s close, gold eased $9 to $1725 in early morning trade in Europe. On the same timescale silver rose 27 cents to $17.47. The difference in performance can be attributed to gold’s active June contract on Comex rolling off the board.

Conditions in both metals remain tight, with Comex speculators determined to hold their positions, rolling them forward despite a premium cost that has varied between $10-$30. In silver, the active July contract trades at a 50-cent premium to spot, the equivalent of $50 for gold. The tightness in both metals suggest supply constraints are driving futures markets; because swap dealers no longer prepared to arbitrage the premiums.

A reason why this is so was given in a Reuters article yesterday which claimed some bullion banks are no longer willing to hold large positions on Comex. There have been market rumours about this since late March, when the exchange-for-physical arbitrage market blew up. But there is another reason why trading desks are being forced to reduce their outstanding positions, or close down completely, and that is banks’ determination to limit risk: the traders’ bosses have switched from greed to fear.

At the same time, demand for physical gold and silver is increasing, hence the stickiness in the speculator category. On Thursday, the LBMA hosted an online webinar to counter stories of supply difficulties. Representatives of the three major vaults confirmed that despite logistical difficulties these were overcome to supply very large amounts of gold to New York. That being the case, Comex’s additional problem to the swaps cutting their books is soaring physical demand.

In market terms, we are witnessing a dramatic shift in the balance of supply and demand likely to be resolved only through higher prices. If it had been a matter of a temporary logistics problem blowing up the EFP facility, normality would eventually return. It appears that that is not the case.

The dynamics behind the market are plain to see in the US. In Europe, there could be another problem emerging, and that is one of physical liquidity. There is none, or at least very little. Gold leasing from the central bank pool is likely to be restricted, because leasing rates are negative. Furthermore, the share prices of European banks strongly suggest systemic risk will be an increasing feature for anyone with an unallocated bullion account. The myth, that bullion banks in London are long of gold which is why they are short on Comex is about to be tested.

In other news, the initial effect of monetary expansion has been not to support the non-financial economy but to inflate asset prices. There is increasing tension between the world of finance and that of economic reality. The Congressional Budget Office forecasts an annualised GDP contraction of 40% for the current second quarter: but who cares, when stocks are rising?

Lastly, the chart below illustrates the bear markets in all major currencies against gold, a visual representation of where the real problem lies. 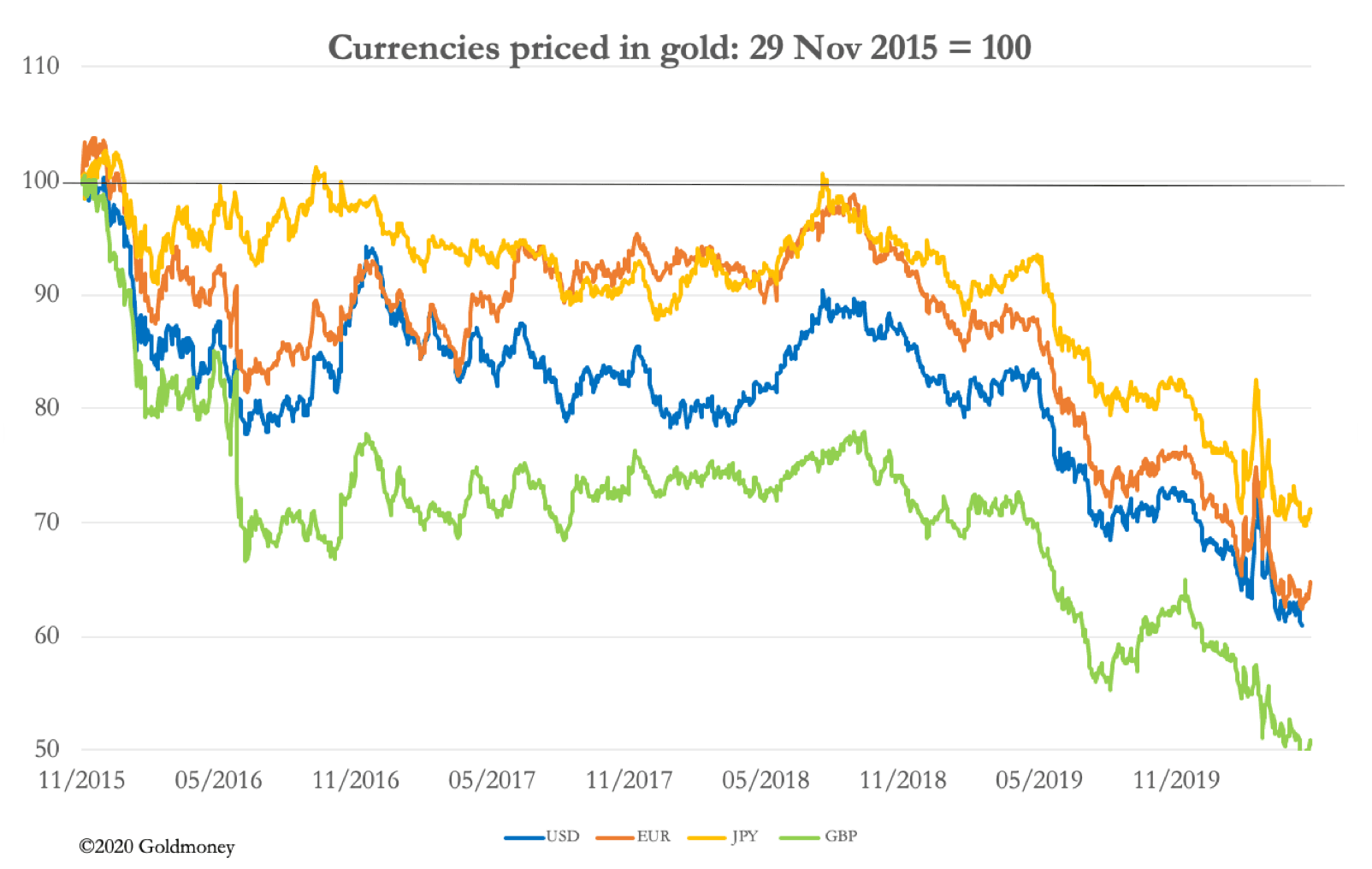