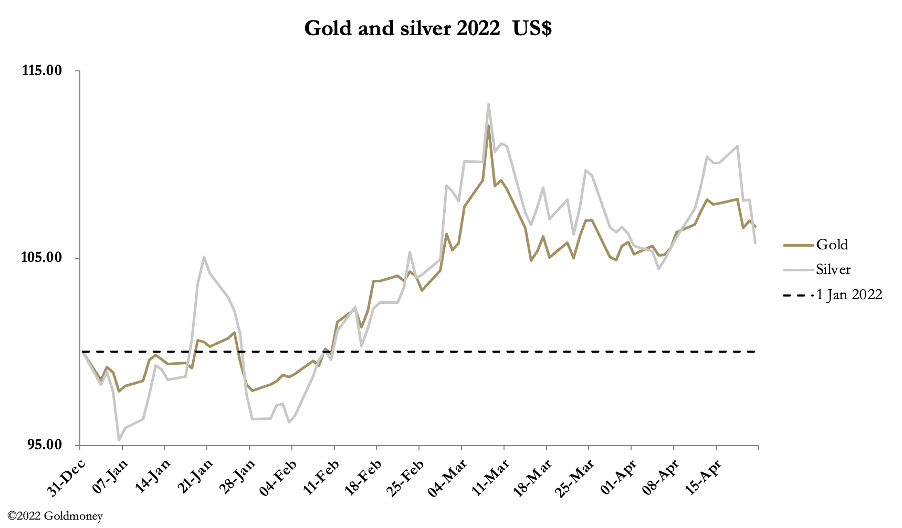 Gold and silver weakened since last Friday’s close, with silver particularly hard hit. In European morning trade today gold was at $1942, down $33 from last Friday’s close, and silver at $24.15, down $1.45. Trading volumes in silver futures on Comex were relatively high, while for gold they were subdued. The next chart is of the gold/silver ratio, which has risen to 80. 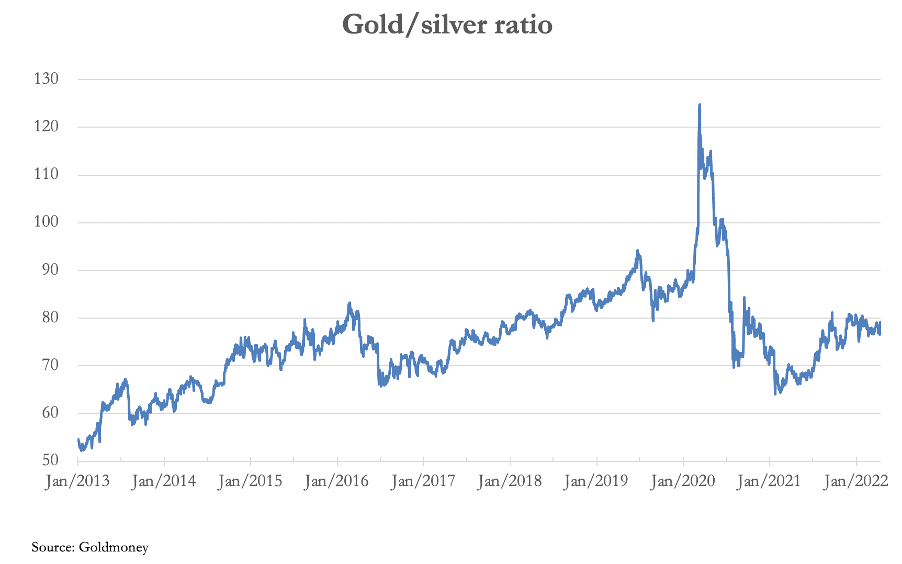 If there was a move away from fiat currency towards metallic money, we would expect this ratio to be falling. Instead, in the face of rising bond yields the fiat world thinks equities are the safe haven from consumer price inflation, with the Dow having rallied a net 12% over the last month. This is despite the yield on the 10-year US Treasury rising to 2.95%. 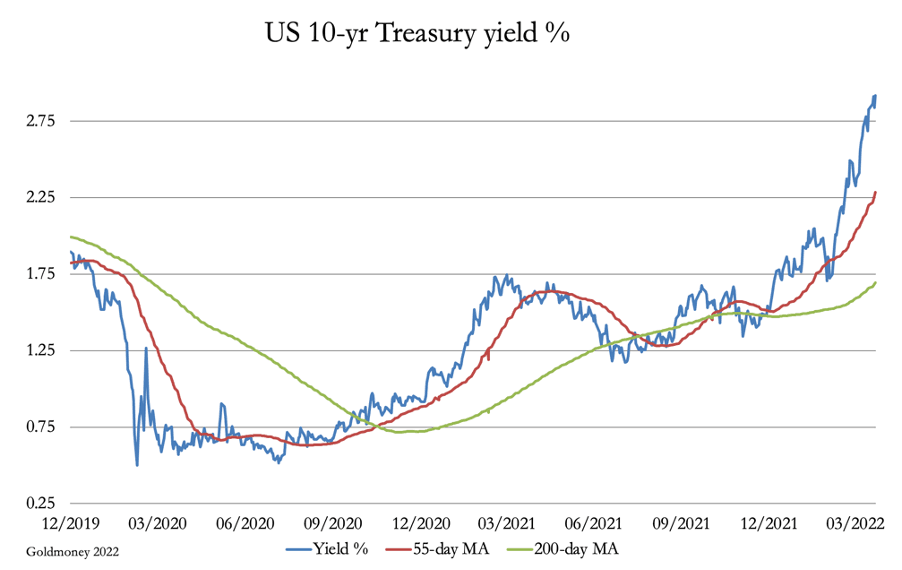 The reason for wandering off the topic of gold and silver is to point out that there are enormous strains building in the fiat world, likely to destabilise it. While there is a pause in the increase in energy and commodity prices, lack of supply for the given levels of demand has been exacerbated by sanctions against Russia and the supply disruptions in China of production of consumer goods and shipping lockdowns in Shanghai and elsewhere.

Not only are consumer prices set to rise significantly above current CPI levels of 8%, but the pressure for higher interest rates and bond yields have not been factored into markets. Furthermore, there can be no doubt that rising food prices in the coming months and higher energy costs threaten to be politically destabilising.

Fiat markets are about to be shaken as these realities hit home. Anyone not in the fiat bubble knows that equities will be undermined by a combination of rising interest rates undermining the valuation basis, and the threat posed to economic activity and governments with ballooning deficits. Equities, and presumably bitcoin which increasingly correlates with them, will offer no inflation protection whatsoever. It is that understanding that’s likely to drive investors to seek a genuine hedge, which can only be gold and silver. Gold and silver are still legally money, which cryptocurrencies are not.

It is unclear whether bullion banks fully understand these dynamics. A macroeconomist would say that rising interest rates are bad for gold. A classical economist understands the difference between gold and fiat currency. A trader who is short in the paper markets is likely to be Keynesian and persuaded, against all the evidence, that central bank policies will continue to suppress the gold price.

Those of us arguing for sound money are fighting City Hall. The establishment is not yet done with its suppression of rivals to its paper currencies. Therefore, it is always unwise to trade against them, and those of us who understand that the world of paper money and its inflated financial assets is about to be undermined by far higher interest rates and bond yields, just keep stacking and are thankful for the opportunity. But for reference, the technicals look good. 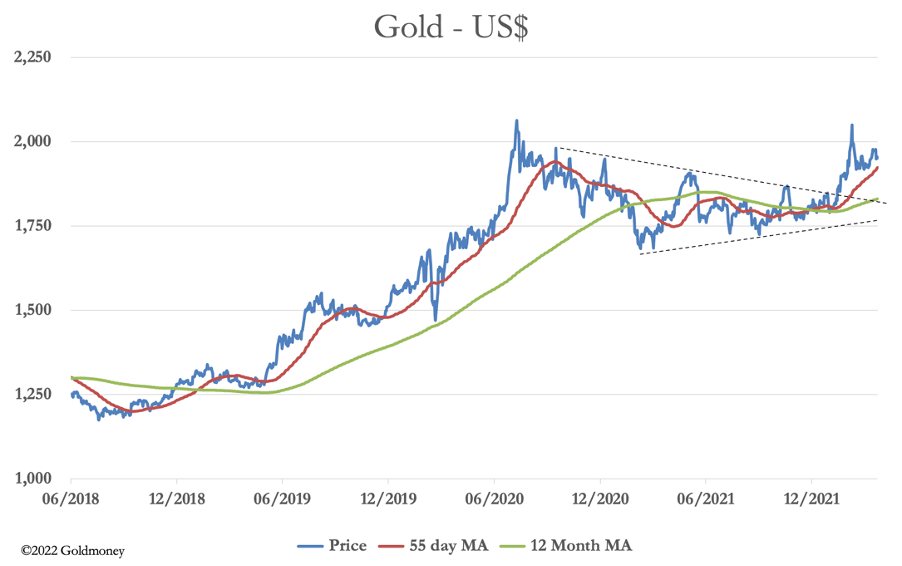