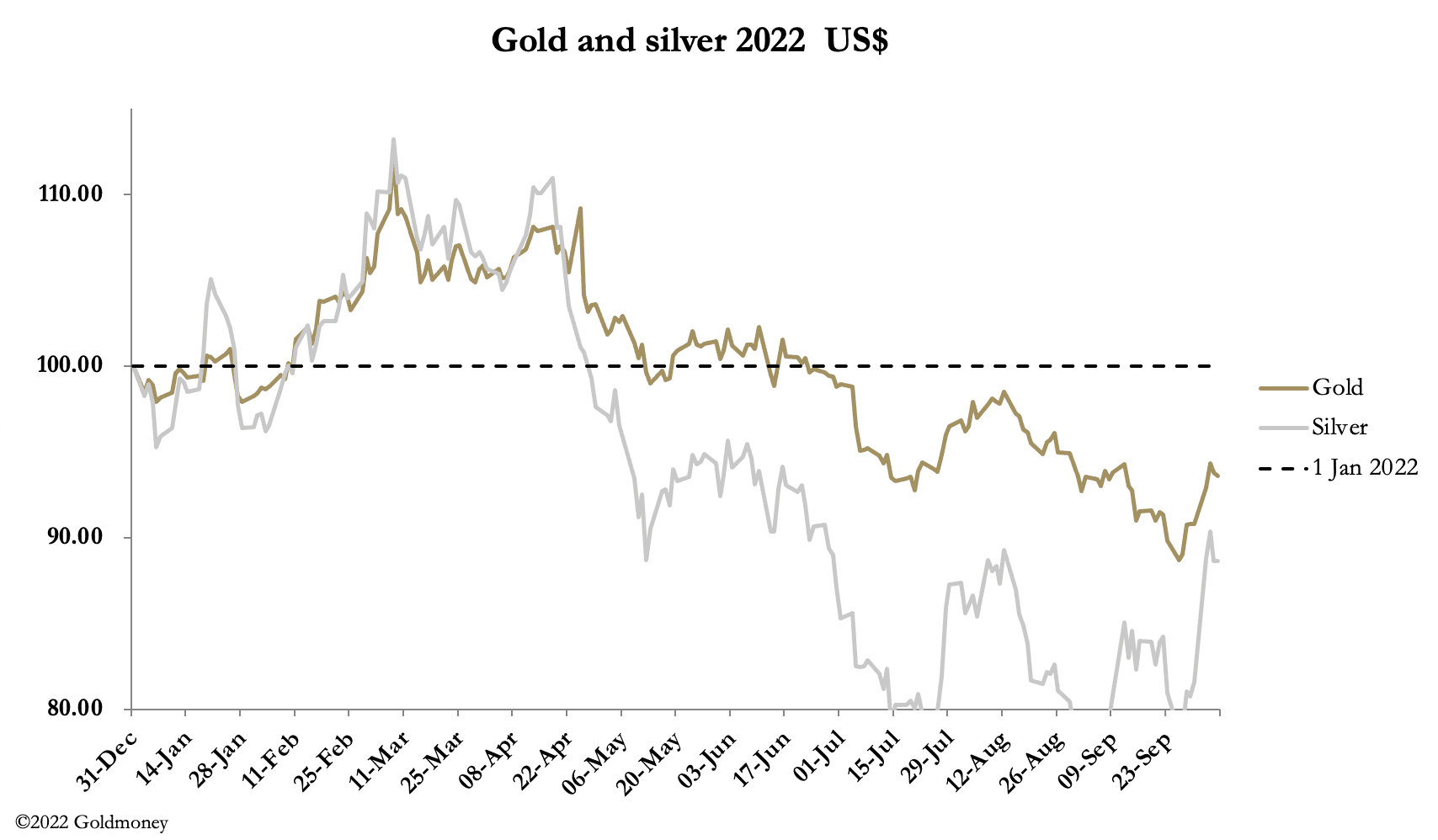 It has been a dramatic week for precious metals, particularly silver, which on Monday rose $1.70, 8.9%, followed by a further rise on Tuesday.

Gold rose $52 dollars from last Friday’s close to trade at $1712 in Europe this morning, and silver $1.70 to trade at $20.70. Turnover on Comex declined in both contracts as the week progressed while the gains on Monday and Tuesday were consolidated.

Gold and silver contracts have become extremely oversold, with the Managed Money category in gold net short 3,094 contracts on 27 September (the last Commitment of Traders Report — update due tonight for the position on 4 October). In silver, the net short Managed Money position was 8,093 contracts. Another way of looking at it is Open Interest, and this is up next for gold. 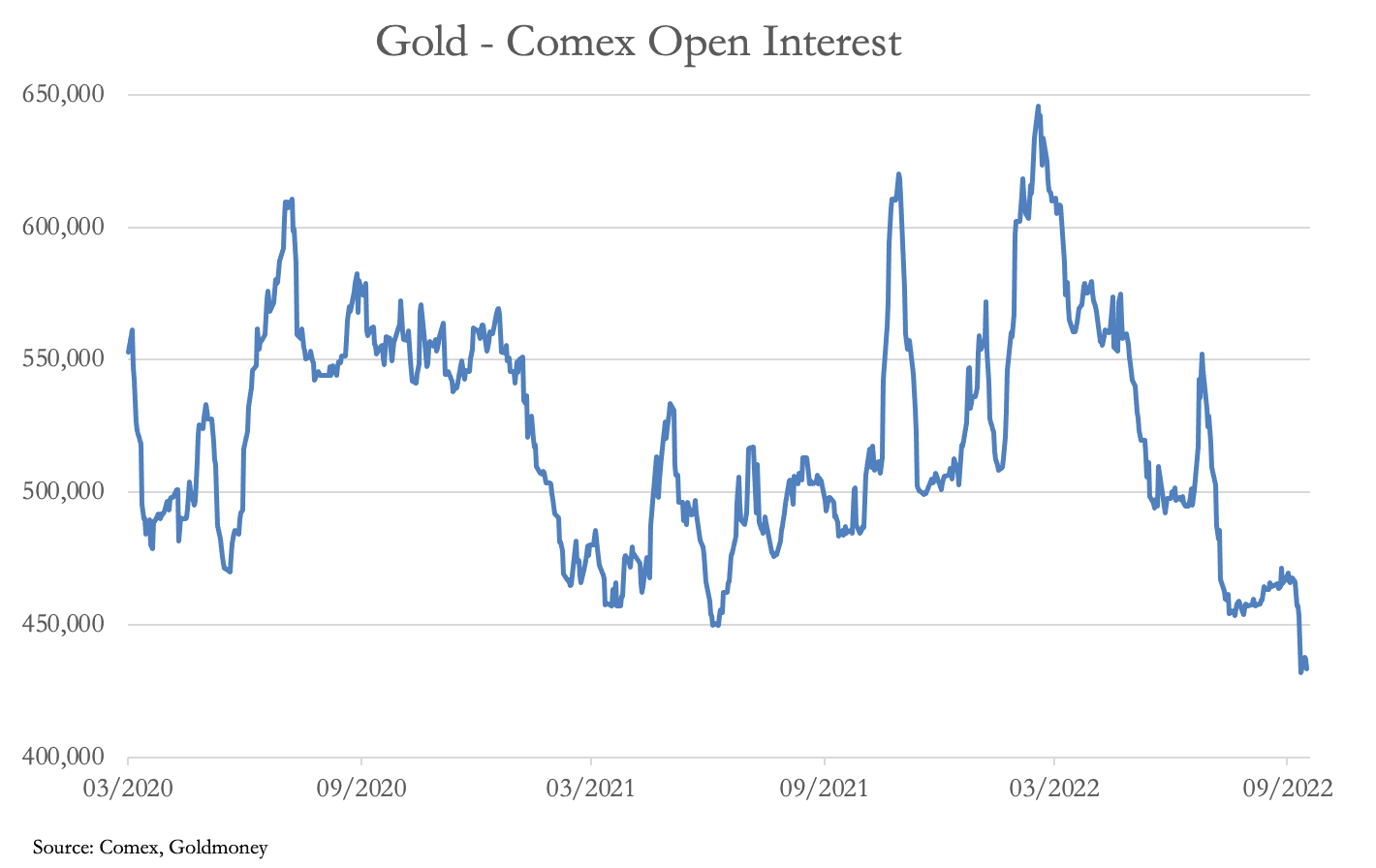 The lower the Open Interest, the more oversold the contract. Today, OI is less than in March 2020 when gold and silver rose strongly on the Fed’s sudden reduction of its funds rate to the zero bound. Clearly, hedge funds have been shorting gold heavily, driving the paper price lower, and are now being squeezed. The other side of their trade is the dollar, which has been immensely strong, but has now eased. This is next. 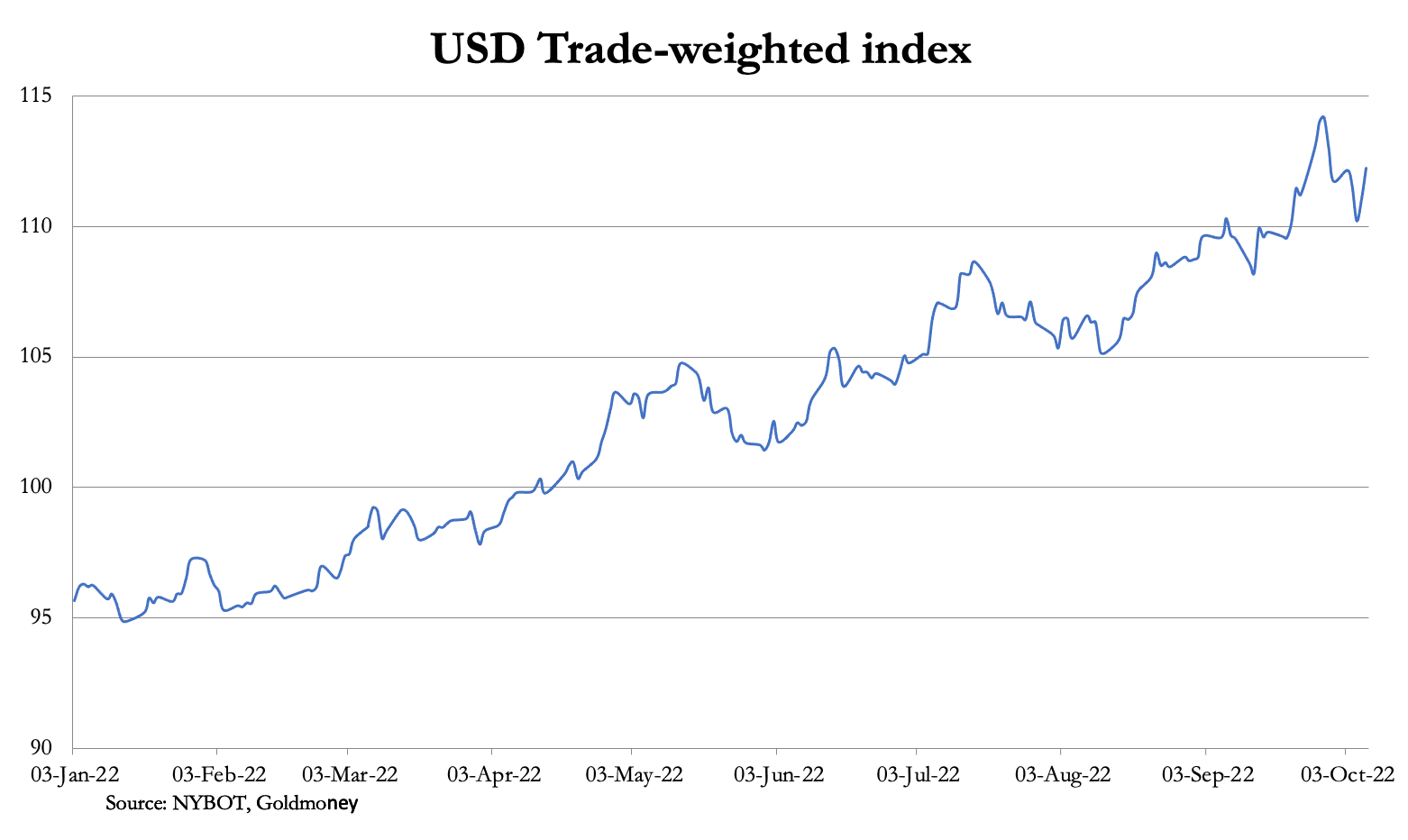 Having hit a high of 114.53 on 26 September, by Tuesday the TWI had fallen to 110.06 before recovering. The USD TWI has been the mirror image of paper gold. But at these levels, dealers are standing for delivery, converting paper into physical bullion.

Including last Friday, total gold contracts delivered amount to 21,334 (66.4 tonnes). We can only guess what’s happening in London, which is about eight times the size of Comex.

Other things being equal, we can expect the current bear squeeze to continue, because the bullion banks have the hedge fund bears at their mercy. Furthermore, physical demand at these levels is rapidly depleting vault liquidity. And there is the risk for bears that a crisis will stimulate ETF demand.

This consideration came to the fore this week as it became common knowledge that Credit Suisse was seeking additional funds in a “restructuring”. It could be that this major European bank is the first G-SIB to fall victim to the global tendency toward contracting bank credit, driven by rising interest rates. An announcement on the situation is expected soon – perhaps this weekend.

With systemic risk now entering the headlines, we can now expect further weakness in currencies, which means the dollar’s TWI will rise again. But instead of undermining gold and silver, we are likely to see physical ETF demand rise as systemic fears spread.

For citizens of Europe, Japan, and the UK, gold is doing what it should — protect them from currency debasement. While market sentiment is driven very much by gold and silver prices in dollars, in euros, yen, and sterling, gold prices are close to all-time highs. In sterling, they are within 2%, 6% in euros, and 1% in yen. The chart below shows these relationships. 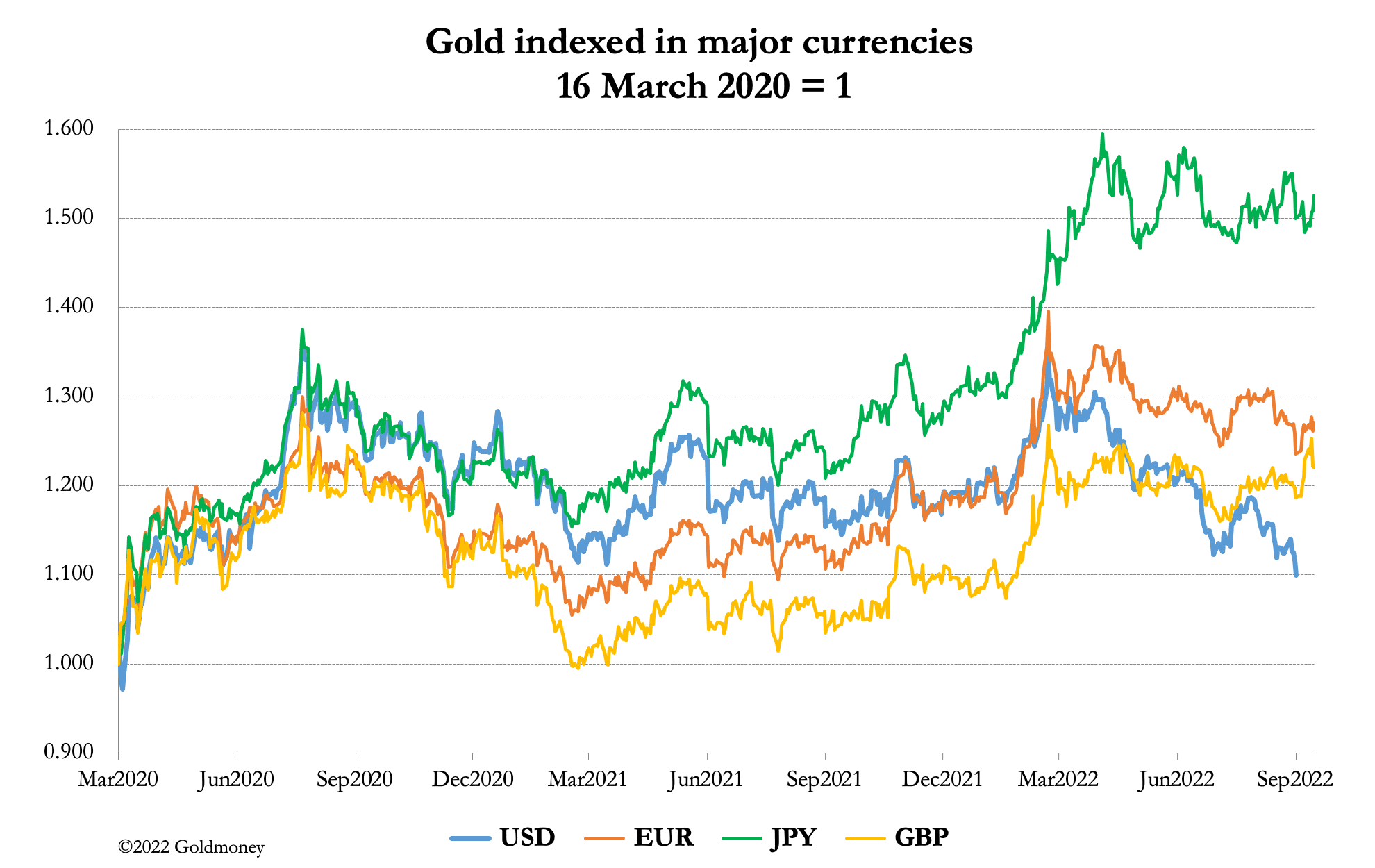