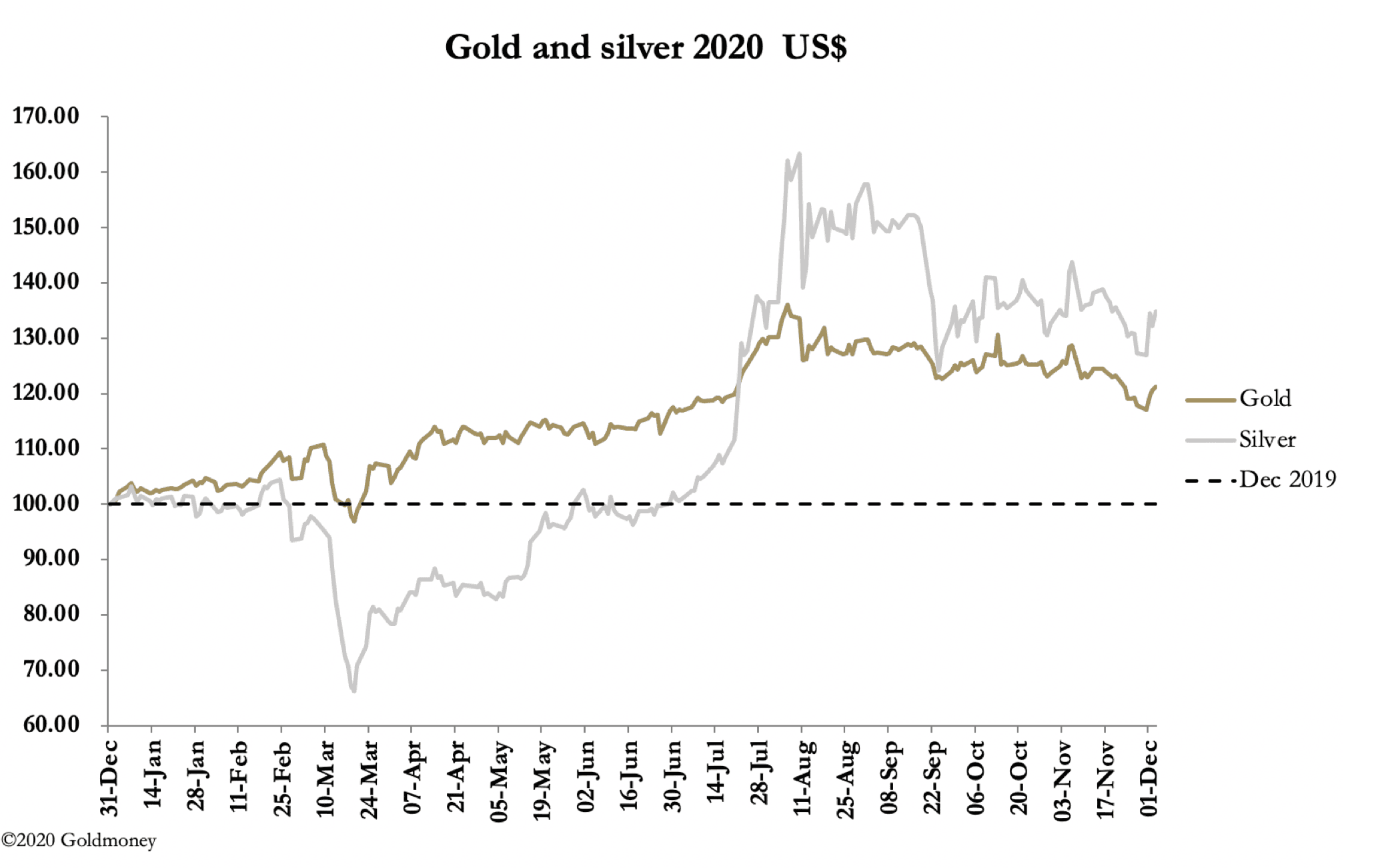 The sell-off in paper gold was a repetition of events every November and December bar one since 2015, and the cause appeared to be the same. In the run-up to the year end, the bullion banks manage prices in a book squaring exercise, using the expiry of the December contract to squeeze out the bulls. The only exception was 2018, when they failed to push prices lower, but they still rose strongly into 2019.

This time, an estimated 150,000 gold call options expired worthless, representing 467 tonnes of gold. The premium income must have been substantial, a welcome offset for the bullion banks’ to their book losses on Comex positions. The question now is, will the pattern of a rally through December into the New Year be repeated?

The short position for the swaps has improved marginally as the table below indicates.

This snapshot, the most recent Commitment of Traders report at the time of writing, shows that the Swaps (bullion bank trading desks) recovered a net 7,895 of their shorts, still leaving them net short of 189,178 contracts. Historically, their position still remains high, despite the fall in the gold price and the reduction of their position. The next chart puts this in a monetary context. 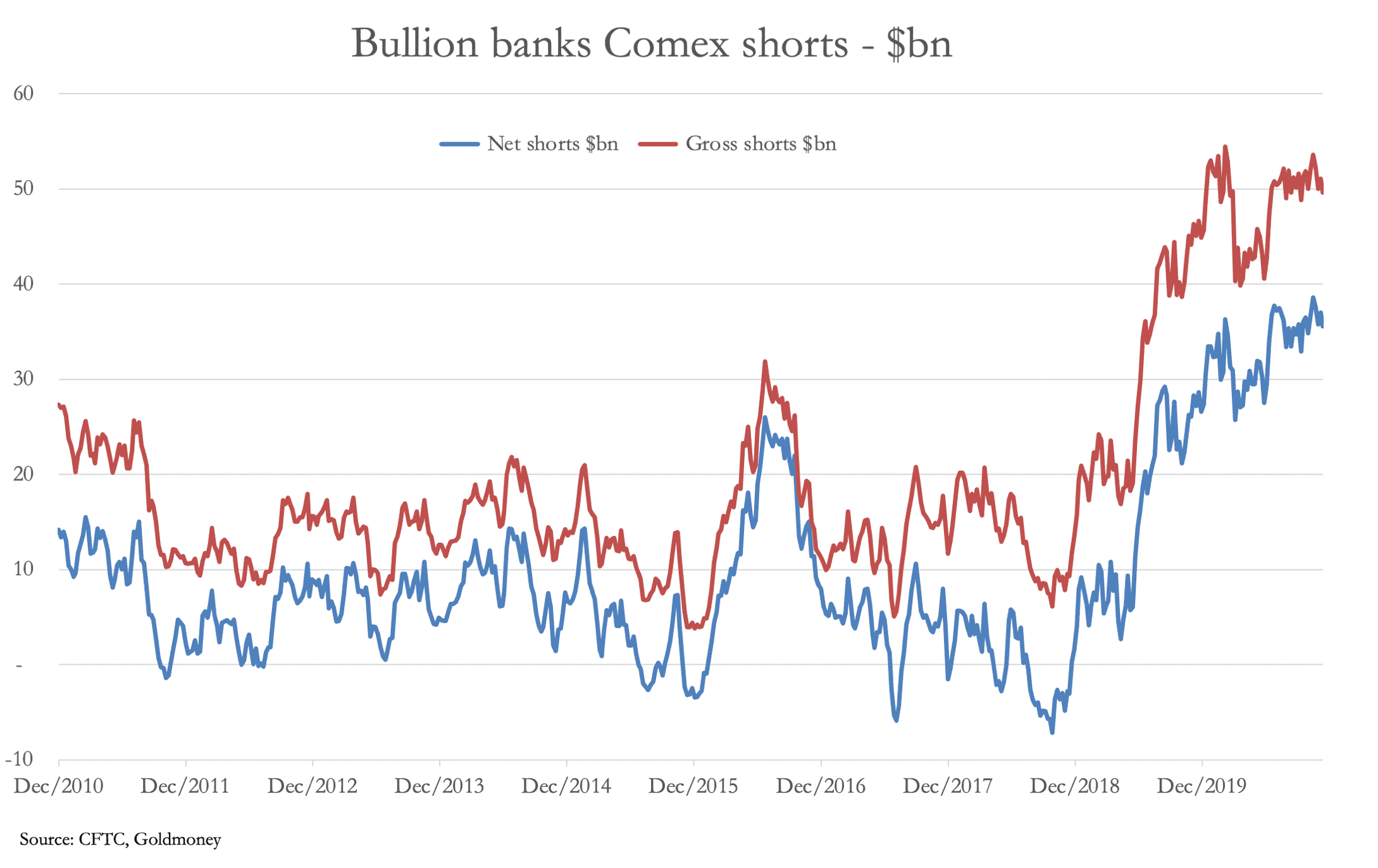 It appears that the Swaps are not out of the woods yet by any means, and there is a growing threat from a tumbling dollar, which is our next chart. 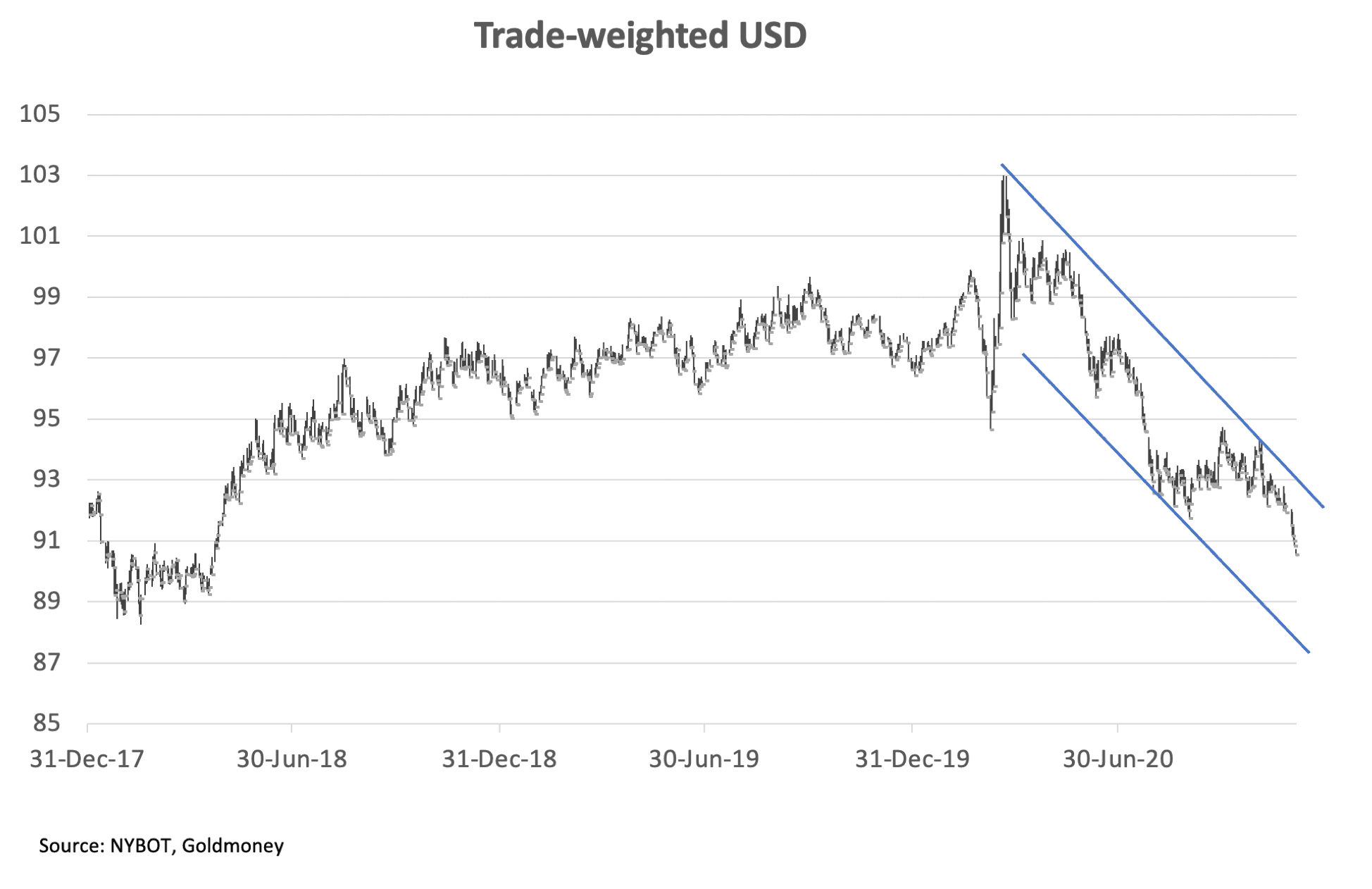 This is important, because the Managed Money category, mainly hedge funds, look at gold as part of a pairs trade — sell dollar buy gold or buy gold sell dollar. With a net long position of 85,348 contracts, they have room to add a further 25,000 contracts to be only average net long. We will almost certainly have seen some of this buying in the Commitment of Traders’ report for last Tuesday, when the gold price rose strongly, due to be released later tonight.

That would have increased the Swap’s net shorts, worsening their position.

The other side of the coin is the larger forward market in London, where vaulted gold, including that of the Bank of England, has increased to record levels. Between August and October (the most recent figures), vaulted gold increased by 394.6 tonnes, split 192.3 tonnes at the BoE and 202.3 tonnes in LBMA vaults. Given the appetite for gold is increasing for the Bank’s earmarked customers and the growth in physical demand from ETFs, and not to mention the desire from unrecorded non-LMBA members for physical bars, it does not appear that the Comex short position is adequately offset in London.

Compared with other financial assets seen to be inflation hedges, gold has been badly left behind. This is an anomaly likely to be addressed in the coming months.