Gold and silver traded in narrow ranges this week, with gold up $7 from last Friday’s close, at $1282 in early European trade this morning (Friday).On the same time scale, silver rose 19 cents to $17.05. Volumes on Comex were fair. 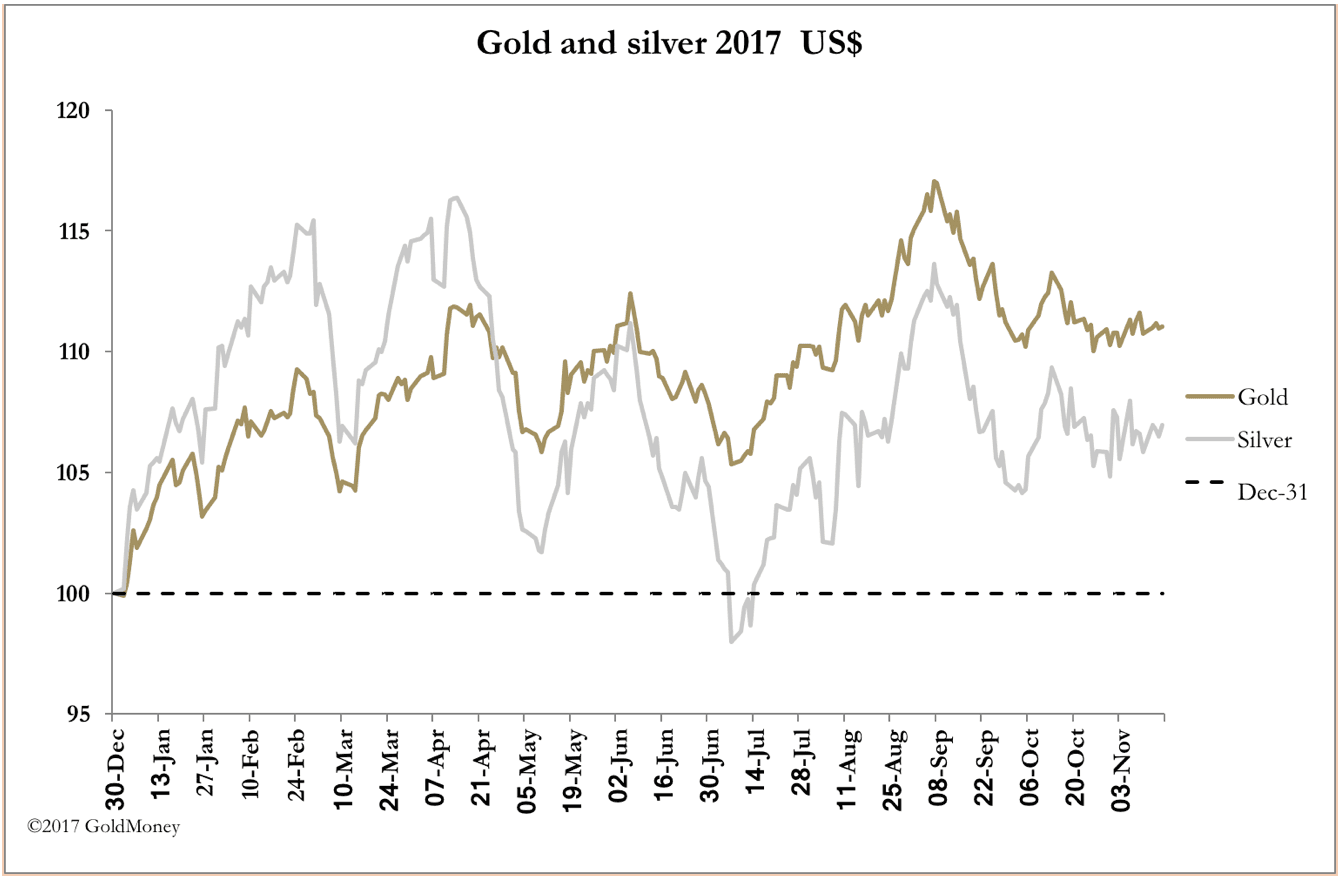 In both cases, the December contract is running off the board, and speculators are faced with a decision to close or roll their positions. In the absence of other factors, this hints at selling pressures outweighing buying, leading to weaker prices. For the bullion banks, who are perennially short, it is an opportunity to encourage lower prices, so they can close their positions profitably.

On the bull’s side, the dollar has weakened about 1% on its trade weighted index this month so far, which helped underwrite gold prices.

The Fed’s December rate increase (priced into markets as a near certainty) can be expected to play into the hands of the bullion banks. They will want to see lower prices, not just for the trading profits and departmental bonuses, but also for year-end valuations. This is what happened in November 2015 and 2016, when the same conditions applied. However, strong rallies followed, once the interest rate rise had occurred.

Uppermost in traders’ minds will be the charts, and the current position is shown next. 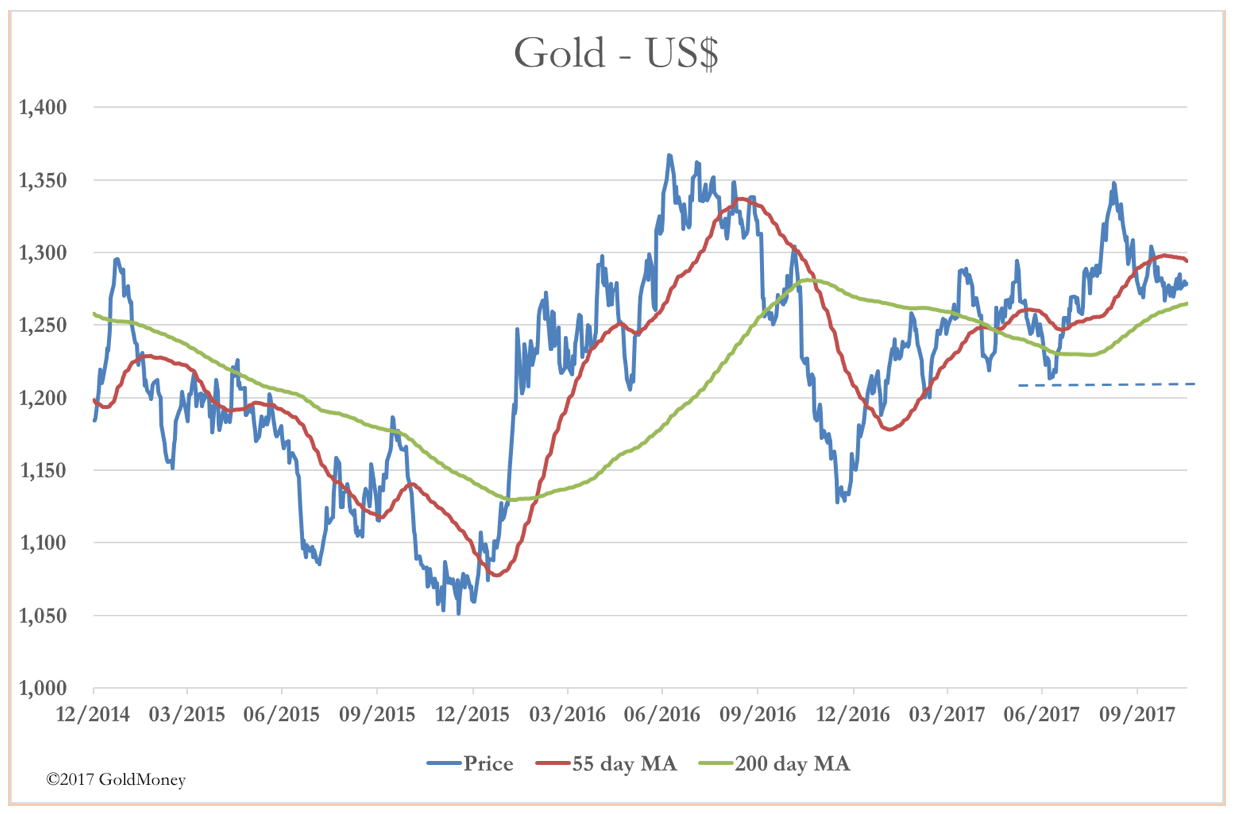 The 55-day moving average has turned down, and is currently at $1295. This suggests that for gold’s rise to continue, it must breach this level, and the $1300 level convincingly. Traders at the bullion banks will see this as something to be prevented, so will employ all means to do so.

Meanwhile, the 200-day moving average represents technical support at $1265. If the bullion banks can get gold below that level, a move towards the dotted line, at $1210, could be the prize. For now, and assuming all else being equal, the betting is this will be the likely outcome.

If this happens, it should be a strong buying opportunity for traders prepared to look through the games on Comex. There can be little doubt the dollar’s prospects for next year are bearish, if only because of the strong desire of the Chinese to do away with it for trade settlement. While we all watch the dollar-euro exchange rate, being the largest currency in the dollar’s trade-weighted basket by far, the more important relationship is probably the yuan rate. This is our third chart. 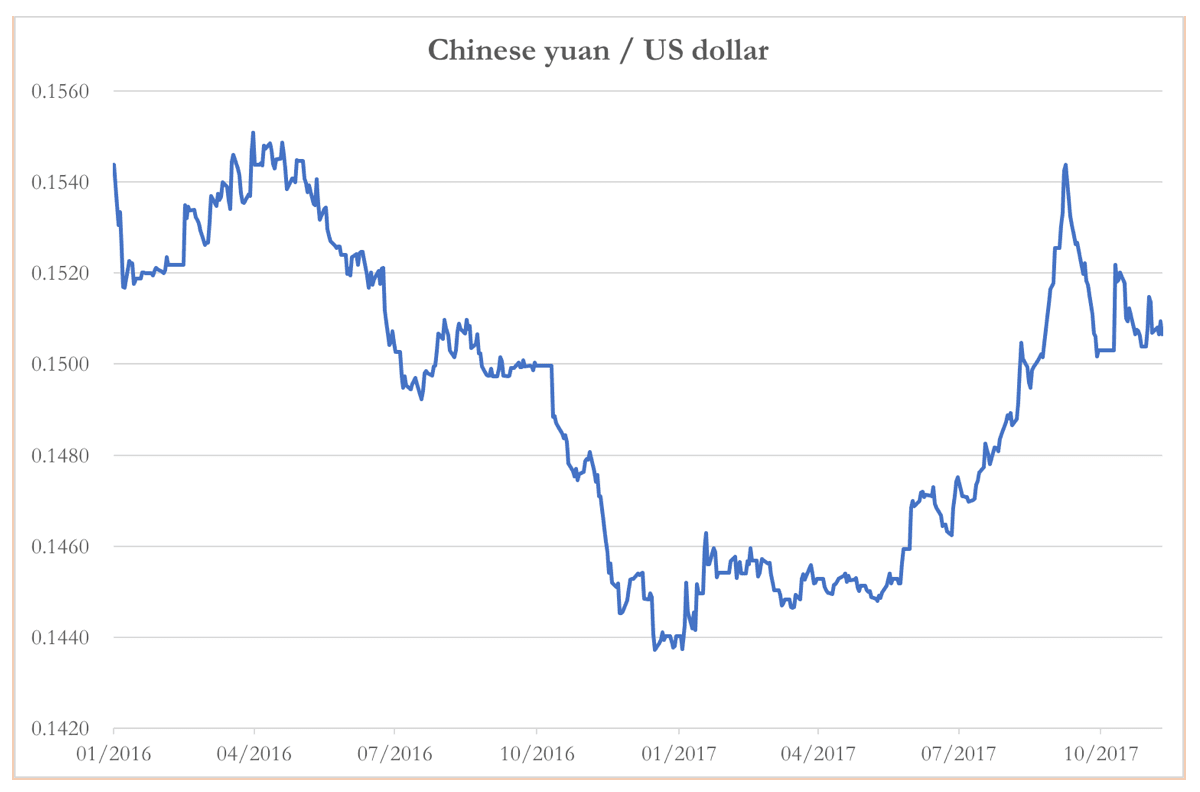 The yuan ended its bear market in January, since when it has risen sharply, at one point rising as much as 7.5%. It is important to bear in mind that as the world’s largest importer of commodities, it now suits China to see her currency rise. Therefore, this trend is likely to resume once the current consolidation phase is over.

It also helps explain why Chinese demand for physical gold has held up so well. For Chinese savers, the price has risen only 4% this year, and if Comex traders drive the price down, they are likely to buy more.