Gold prices reached a three and a half week peak this morning, rising above the critical $1200 resistance level, but while more GoldMoney customers have been buying along with the rest of the market, there have also been some big value sales resulting in net value selling.

The chart below shows net sell orders this week, compared to buying last week for gold among GoldMoney customers. 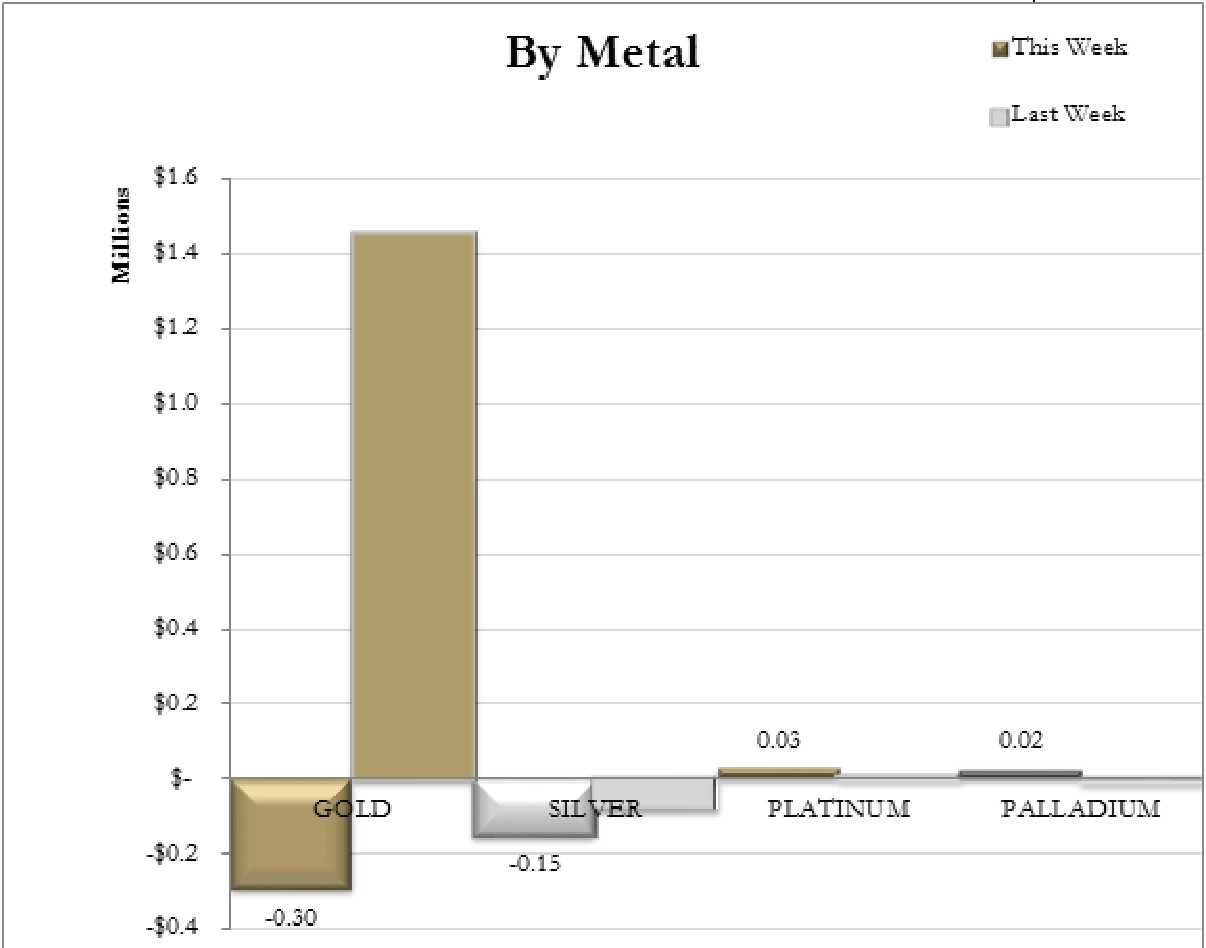 Gold fortunes up
Kelly-Ann Kearsey, Dealing Manager, said: 'There has actually been limited trading this week among our customers, with the most notable activity prior to last week's Federal Open Market comments. Since then we've seen gold's price gradually rise while the dollar has headed south as the prospect of an imminent rate rise receded.

Geopolitical = Safe haven
'Prices peaked this morning on geopolitical tension following news about the increased military action in Yemen.' Says Kelly-Ann, 'There was a resulting decline in global stocks markets coupled with rising oil prices and gold is still above the $1200 resistance level despite slipping back slightly, no doubt helped by the US jobless claims figures giving some support to the dollar. '

Silver Shines
However, it's silver which has seen the biggest price jump of the week, rising over 6% to above its $17 resistance level. 'German data strengthened the Euro against the dollar which has helped, but that still failed to interest our GoldMoney customers. As you can see from the graph below, they have been selling silver on most days this week.'

What's next?
There is US economic data out next week, not least the US GDP, which could give further indicators, and next Thursday Federal Reserve head, Janet Yellen is speaking, which might give some volatility to the market. Longer term, the World Gold Council has said China should increase its gold holdings to help diversify currency risks. It's suggesting 5%, and as China is only currently holding around 1.6%, that could translate into a big rise in demand from China should they choose to follow the advice.'