After establishing some support last week, precious metals continued their rally this week, with Wednesday being especially strong. 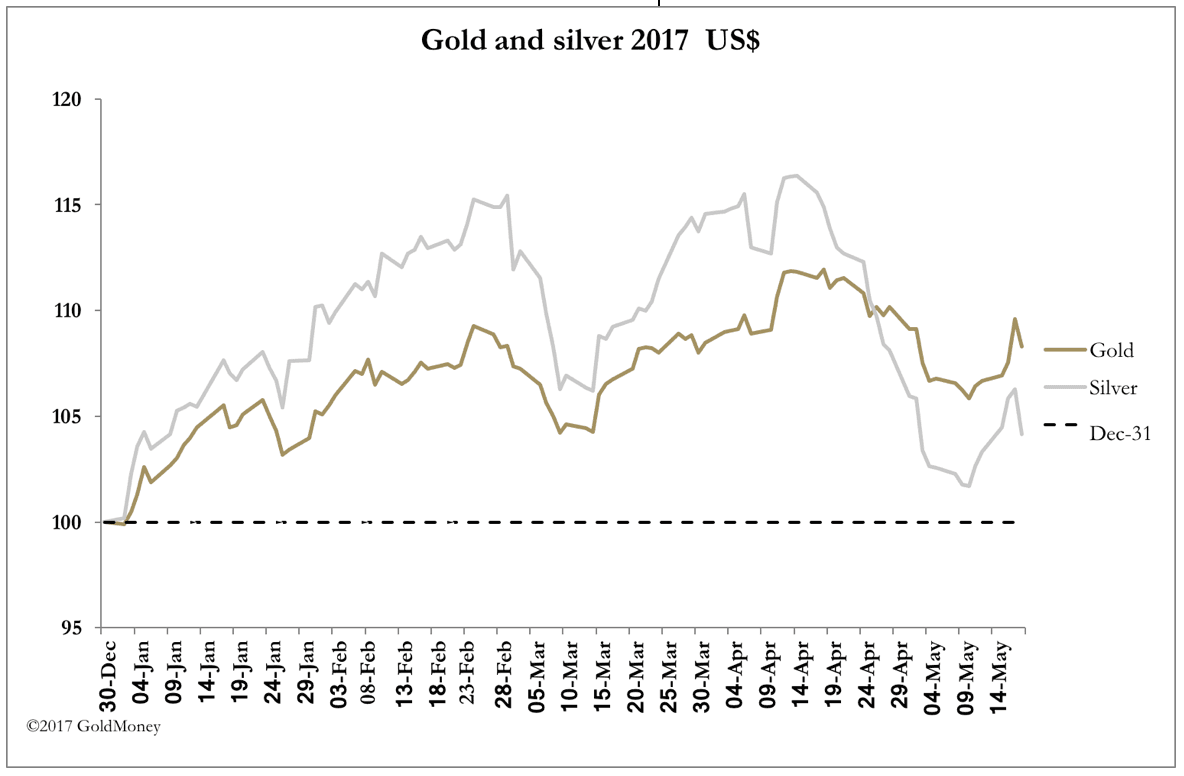 After a particularly pernicious slide, gold and silver were due for some consolidation anyway. As I wrote in last week’s report, on a technical basis, a rally to test overhead supply for gold at $1250 seemed likely ($16.95 for silver), and that happened rather rapidly. The reason gold and silver overshot was due to the turf war being fought between President Trump and the neo-con establishment (mostly in the intelligence services, but also including senators like John McCain) emerging into the public arena. On Wednesday, talk of impeachment was rife, which was gold’s $22 up-day.

There’s an old saying in politics, and that’s don’t fight City Hall. Trump cares nothing for the rules, so this ride is going to be rough. The earlier hopes that The Donald would pull America out of its rut have vanished. The dollar has lost all its gains, and appears entrenched in a new downtrend. Hope has been replaced by dysfunction.

Before considering the implications, let’s look at the gold price in the other major currencies, which is our next chart. 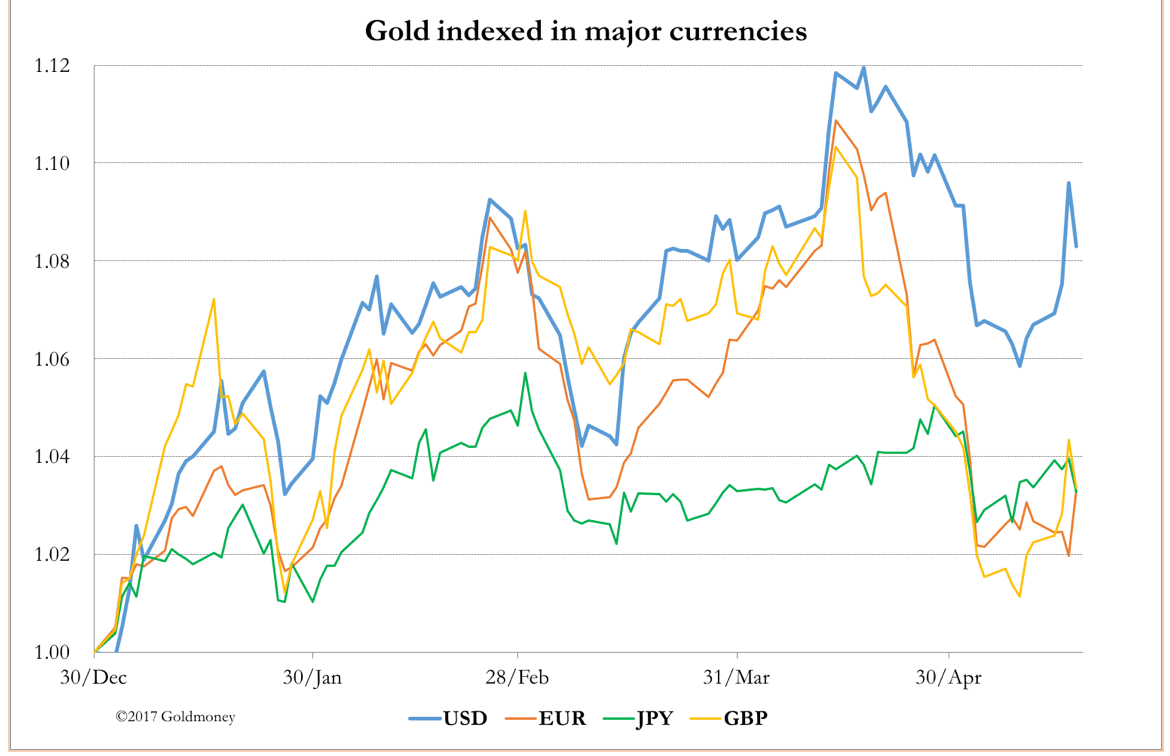 The dollar’s weakness is reflected in the lack of gold’s performance in these major currencies. While the dollar price has increased 8% this year, the increase in all the other currencies is only 3%. Admittedly, this is after considerable volatility in sterling and the euro.

The dollar appears to be in a downtrend, which if it continues, will have significant implications for not just precious metals, but all markets, including commodities. And this is despite the Fed being the only major central bank trying to normalise interest rates (i.e. raise them) and to run off assets from its balance sheet.

This week saw the latest US producer price index, which rose an unexpected 0.5% to post a year-on-year rise of 2.5%. Now, imagine how that number will progress against a weakening dollar. Obviously, price inflation will be a mounting issue, and the last thing the Fed wants is to see the dollar weaken much further for that reason.

Parking that issue on one side for a moment, Chinese demand for raw and industrial materials is bound to lead to firmer prices over the rest of this year. In the short-term this trend has temporarily been reversed, because China has popped the wealth management products bubble. The WMPs, fully aware that the Chinese government is a large and continuing buyer of industrial materials, were front-running the government’s purchases. It is no surprise the government stepped in to stop it, but the unwinding of these speculative positions is probably coming to an end.

So, the outlook is for commodity prices, particularly base metals, to rise strongly in the second half of this year. Add to this dollar weakness, and we have a stagflation problem developing for the dollar. While we cannot rule out a further dip in the dollar gold price, perhaps to test the $1200 level, it would be a brave trader who bets on it.