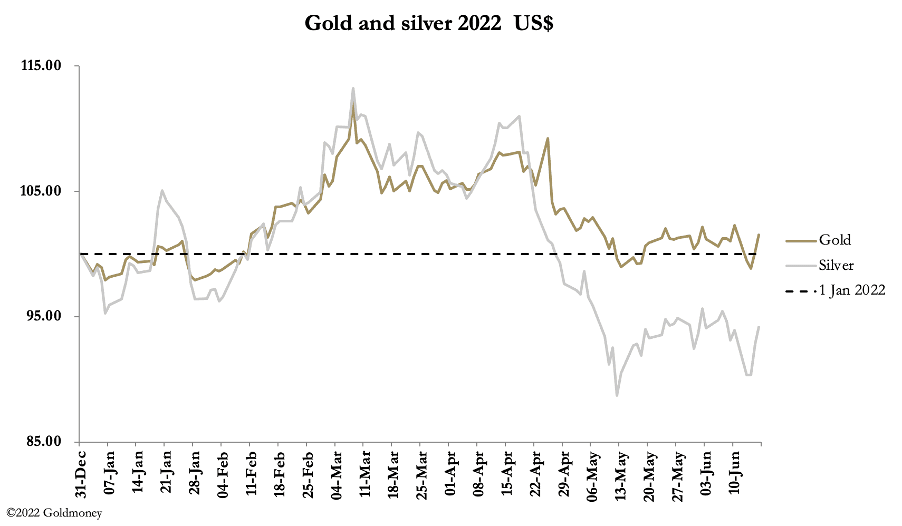 While stocks and bonds crashed this week, gold and silver rallied, recovering most of the ground lost in a sell-off on Monday. In Europe this morning, gold traded at $1850, down a net $20 having traded as low as $1806 on Tuesday. At $21.92, silver was marginally higher on the week, outperforming gold.

The gold/silver ratio is back up at 84, and assuming precious metals rise in price following the end of this month — which is also the half year point — silver is probably the metal to buy. The ratio is our next chart. 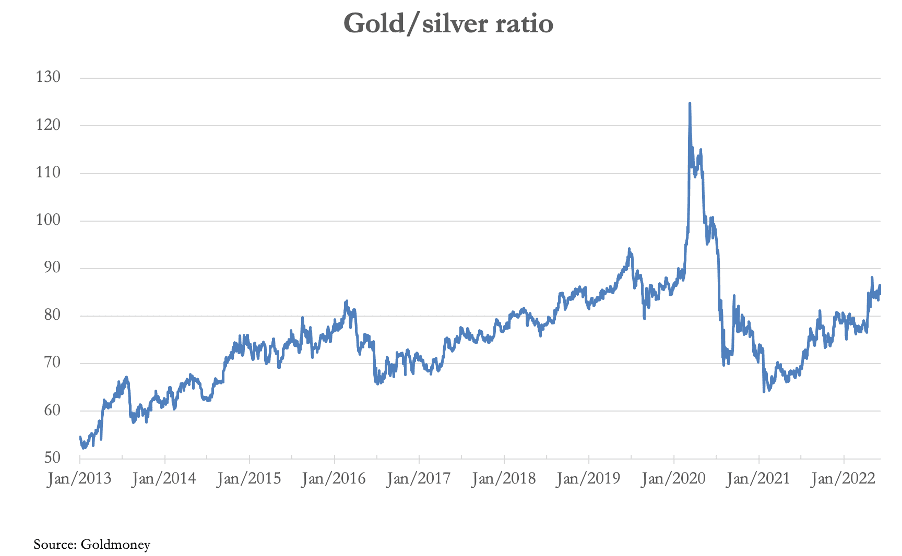 The reason financial markets crashed is the dawning realisation that interest rates have further to rise while economies face recession. The Fed increased its funds rate target by ¾% which was leaked into markets ahead of Wednesday’s announcement. The Bank of England raised its rate by ¼%, and the Swiss National Bank by an unexpected ½%. Nothing in terms of immediate rises came from the ECB and the Bank of Japan.

The ECB is simply dithering, like a rabbit caught in the headlights. It has a systemic reluctance to see positive interest rates, partly because the losses on bonds held within the euro system are mounting, putting the ECB and the national central banks into negative equity. Because the big banks in the Eurozone are incredibly highly leveraged, there is also a potential systemic crisis.

And just to add to all the uncertainty, that modern expression of inflation hedging, bitcoin, crashed as well. Our next chart is of the bitcoin/gold ratio, which is beginning to break out in favour of gold. 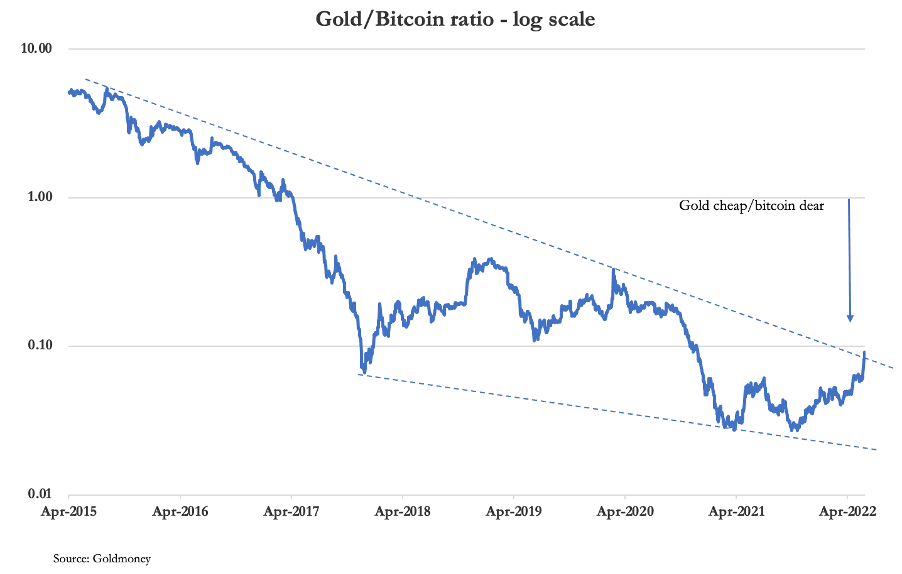 If bitcoin’s price falls below $20,000, long-term holders would likely dump it, disappointed by its correlation with crashing equities when they thought it was the future money.

Meanwhile, in the Comex gold contract the bullion banks have managed to claw back a little more of their short positions. This is our last chart. 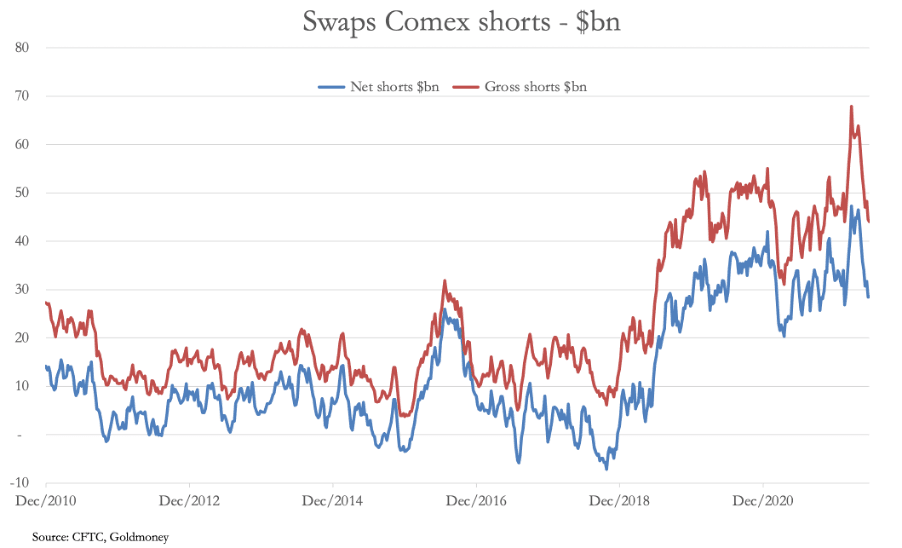 The Swaps category is mostly comprised of bullion bank trading desks, and the gross swap short position on 6 June (the last commitment of traders’ report) was $44.1bn spread among 26 traders. The last thing these traders need is an escalation of systemic risk, which will be in the back of the minds of those who think through the implications of a vicious bear market in financial assets.

Instead, they hope to push the false argument that rising interest rates are bad for the gold price, and that if inflation eventually subsides in an increasingly certain recession, that would be bad as well.

In common with precious metals prices, commodities paused this week. But with a gathering food and energy crisis still in the wings, rising prices look set to resume. They should take gold and silver with them.