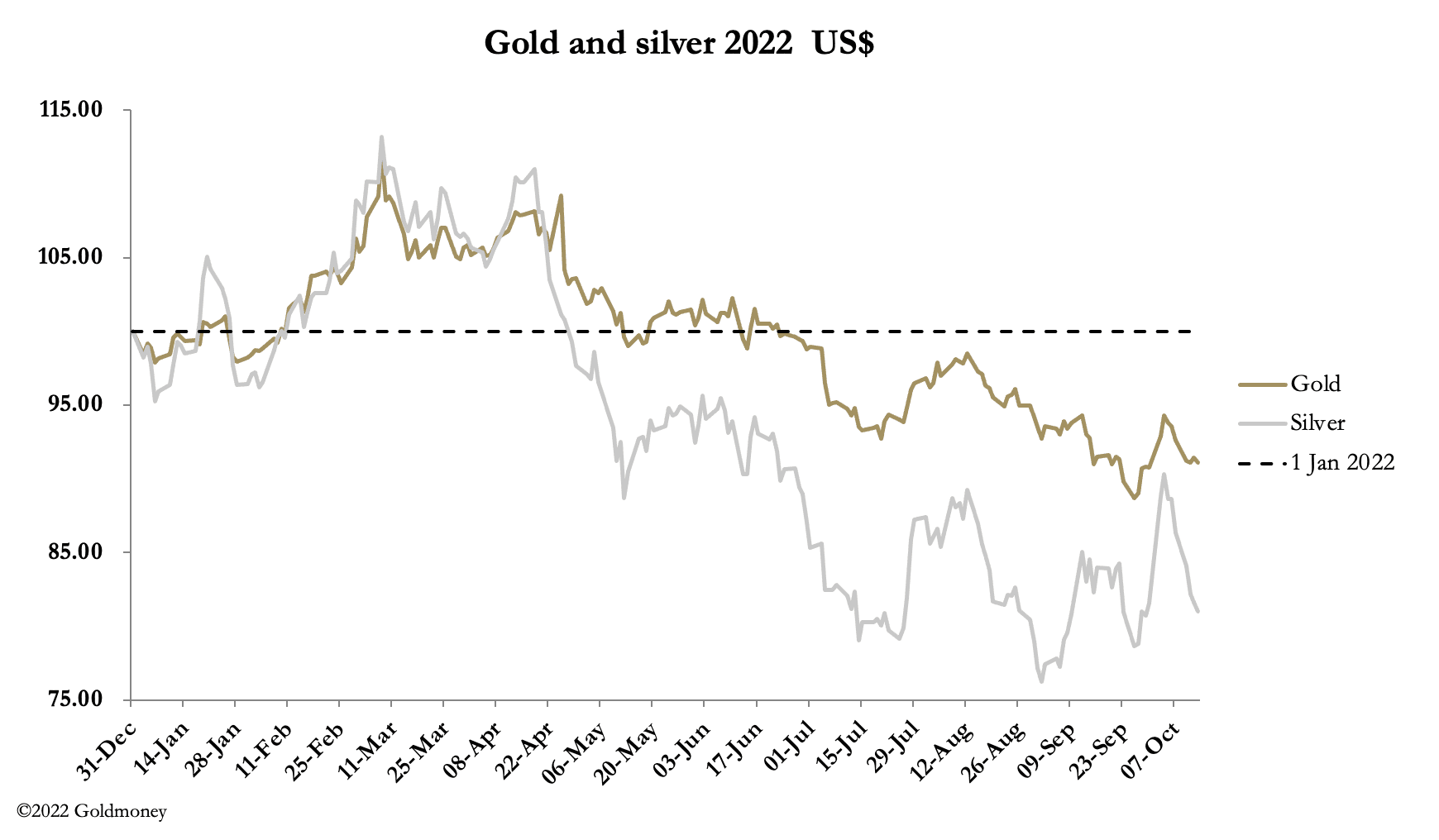 Negative sentiment in paper markets for precious metals prevails while the macro investing world tries to come to terms with higher interest rates. In early morning trade in Europe this morning, gold was at $1659, down $34 from last Friday’s close. Over the same time scale, silver was down $1.25 at $18.78. While generally low, volumes on Comex picked up yesterday after a minor sell off on Wednesday following higher-than-expected US CPI numbers, indicating higher interest rates from the Fed than the market had discounted ahead of the figures.

We have been warning followers of precious metal markets that these conditions were likely to persist while investors focusing on macroeconomic factors through Keynesian lenses, and adjust their bearings to the new realities. Hedge funds in particular trade in one dimension, selling dollars to buy paper gold, or selling paper gold to buy dollars. In these conditions, they believe that safe havens are dollars and short-term dollar instruments. They argue that gold yields nothing and therefore is disadvantaged by rising interest rates, while the Fed’s dollar benefits from uncertainty.

That is the prevailing mood in paper markets, and we see that on Comex the position is now very oversold. First up is gold and its Open Interest.

Having hit a low of 431,395 contracts, this indicator is as oversold as it gets. It reflects minimal speculator interest. Taking the short side, Producers and Swaps categories have balanced their books as much as they are likely to. 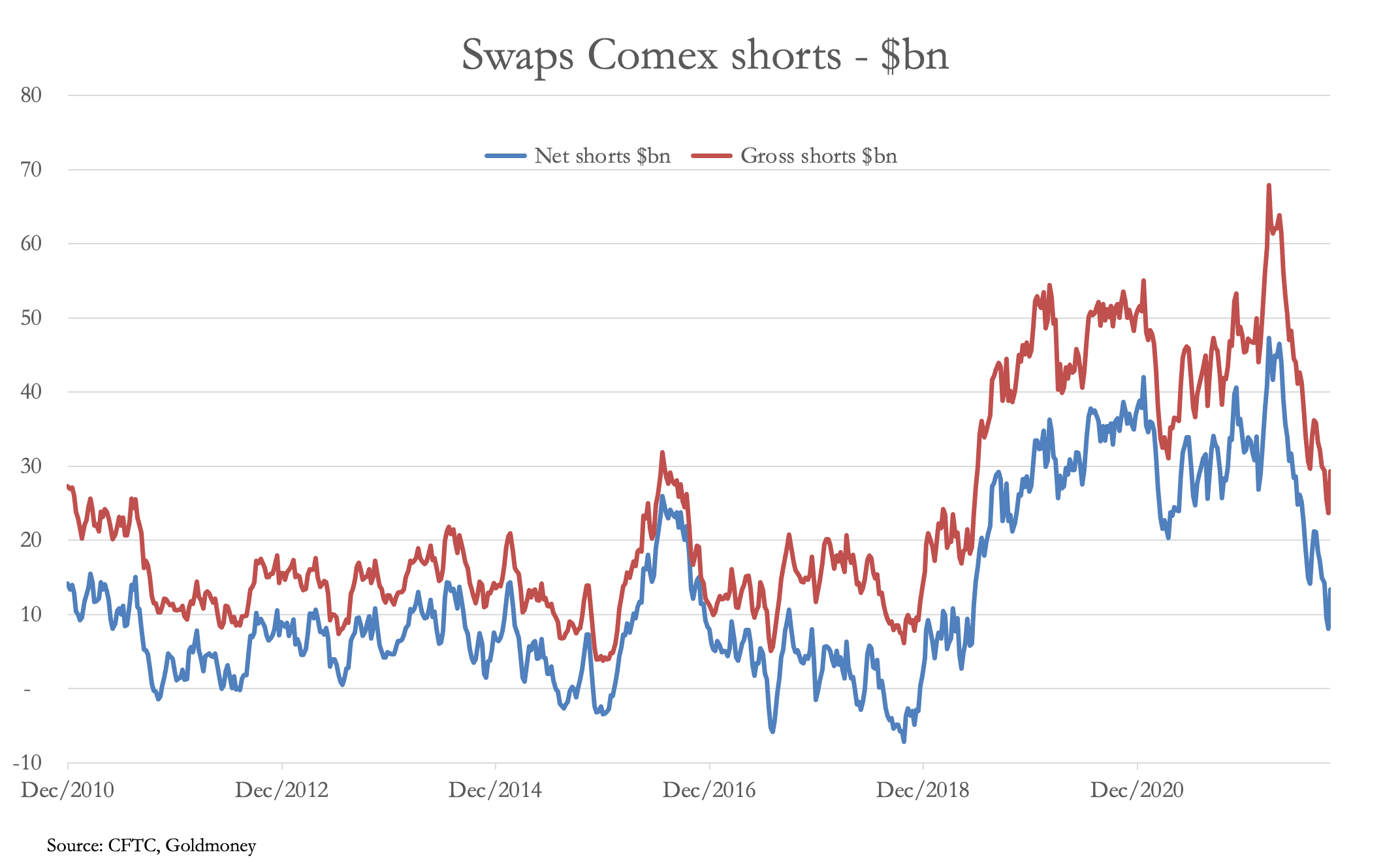 According to the last Commitment of Traders report (4 October), their net short position has reduced to $13.4bn, having been as low as $8bn on 27 September. In silver, on 4 October they were actually net long 11,189 contracts, which is unusual. But like gold, Comex Open Interest in silver indicates heavily oversold conditions.

It is paper investors who are getting crushed in these conditions. And there is no doubt that bullion banks are trying to shake them out, including hapless investors in ETFs which are seen as a source of deliverable bullion.

In other markets, bond yields continue to rise. Next up is the US 10-year Treasury bond. 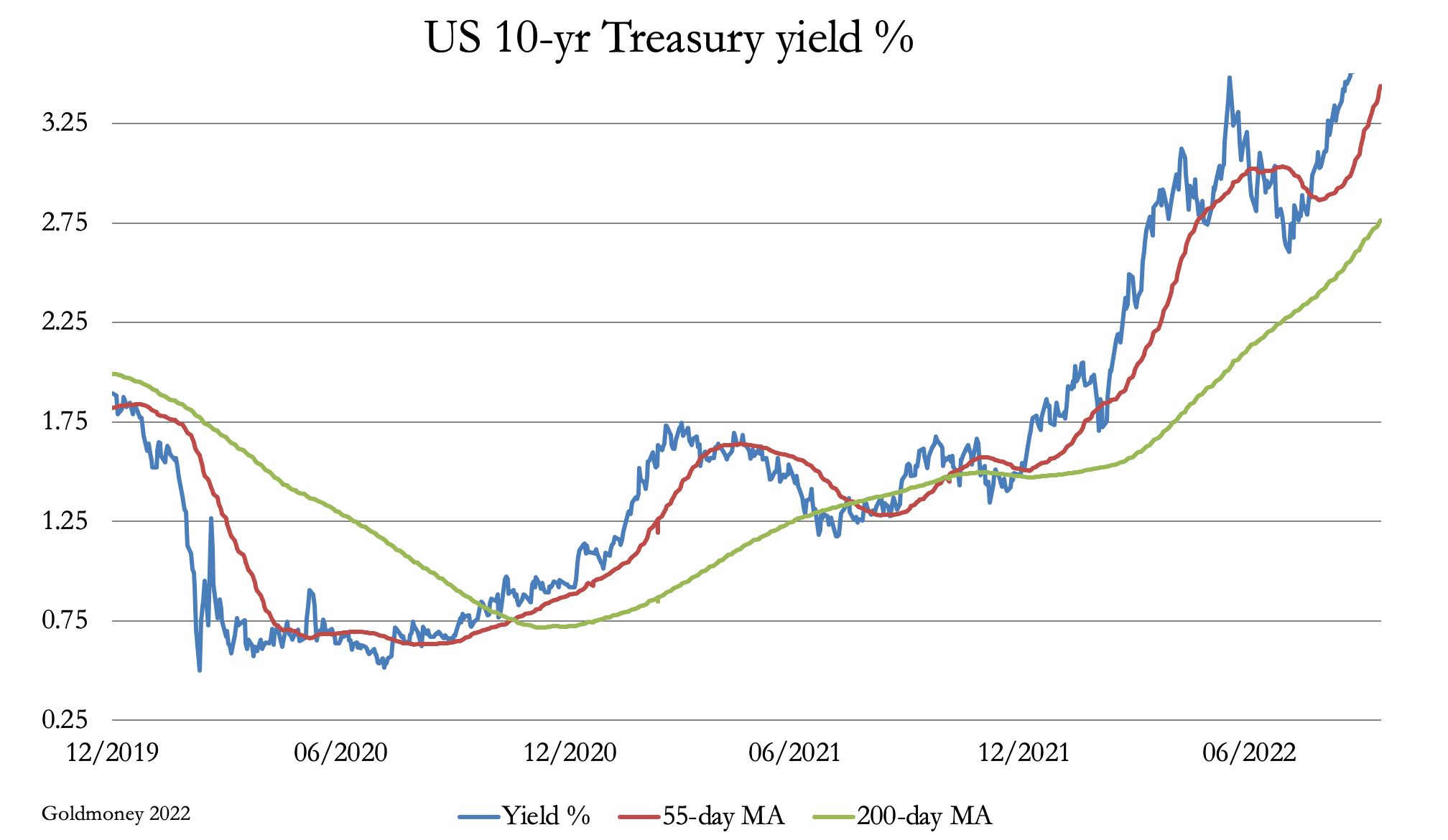 But there is a change in the emphasis on foreign exchanges. We have seen sterling and the euro weakening against the dollar, but they now appear to be stabilising. Instead, it the leading Asian currencies, with China’s yuan and Japan’s yen hitting new highs (i.e. these currencies are weakening). These charts are next. 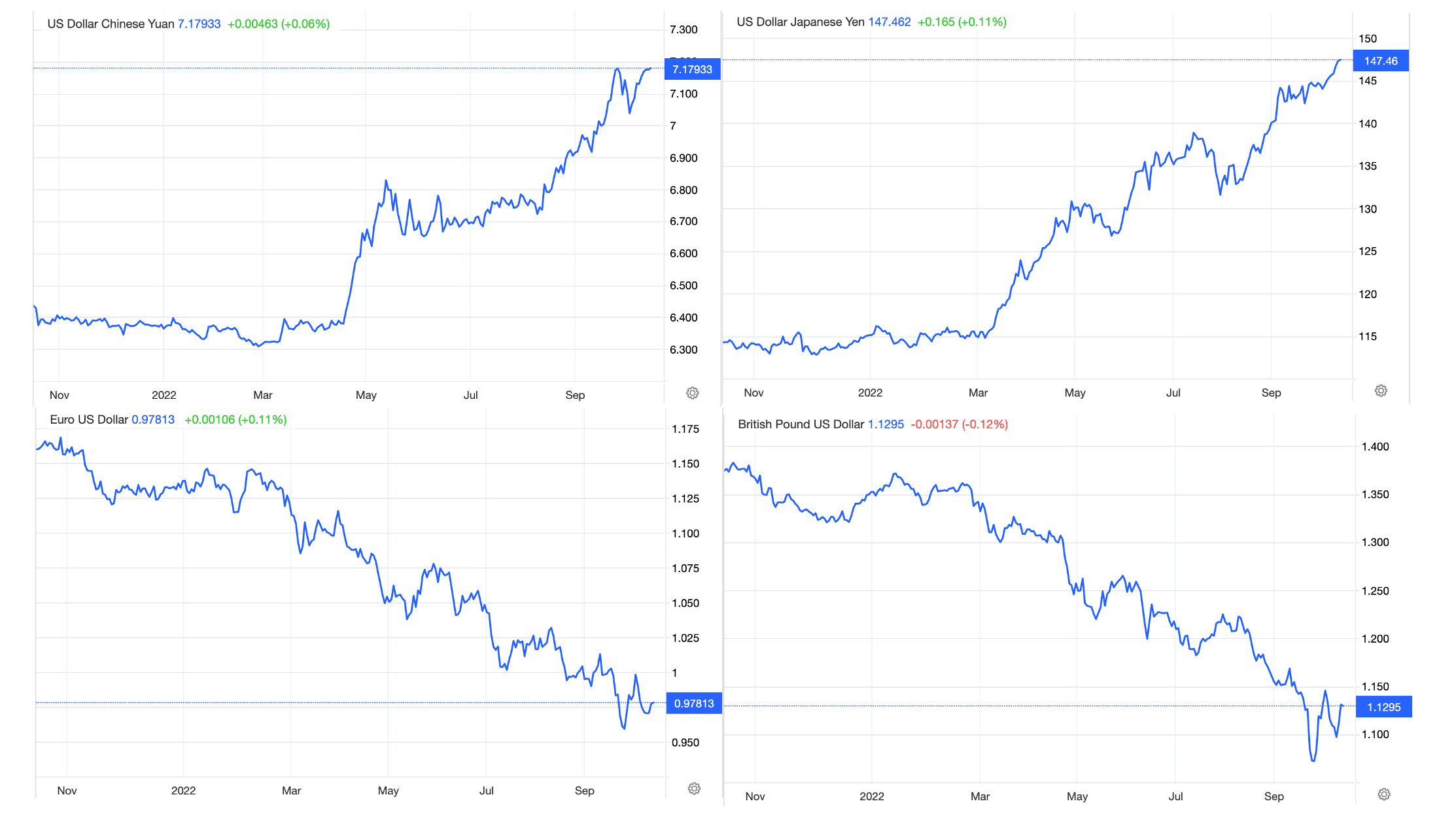