Dealing Desk: A week of selling

It has been a week of net selling at GoldMoney with gold dancing around the US$ 1,200 mark all week, a price that is a psychological benchmark in the market.

Most of GoldMoney's selling has come out of its Swiss vaults followed by the UK. Volumes of orders were up this week for both buy and sell, but there was a bias toward selling. Some of this activity may be attributed to speculation that an imminent US interest rate rise could pull down the price of precious metals. 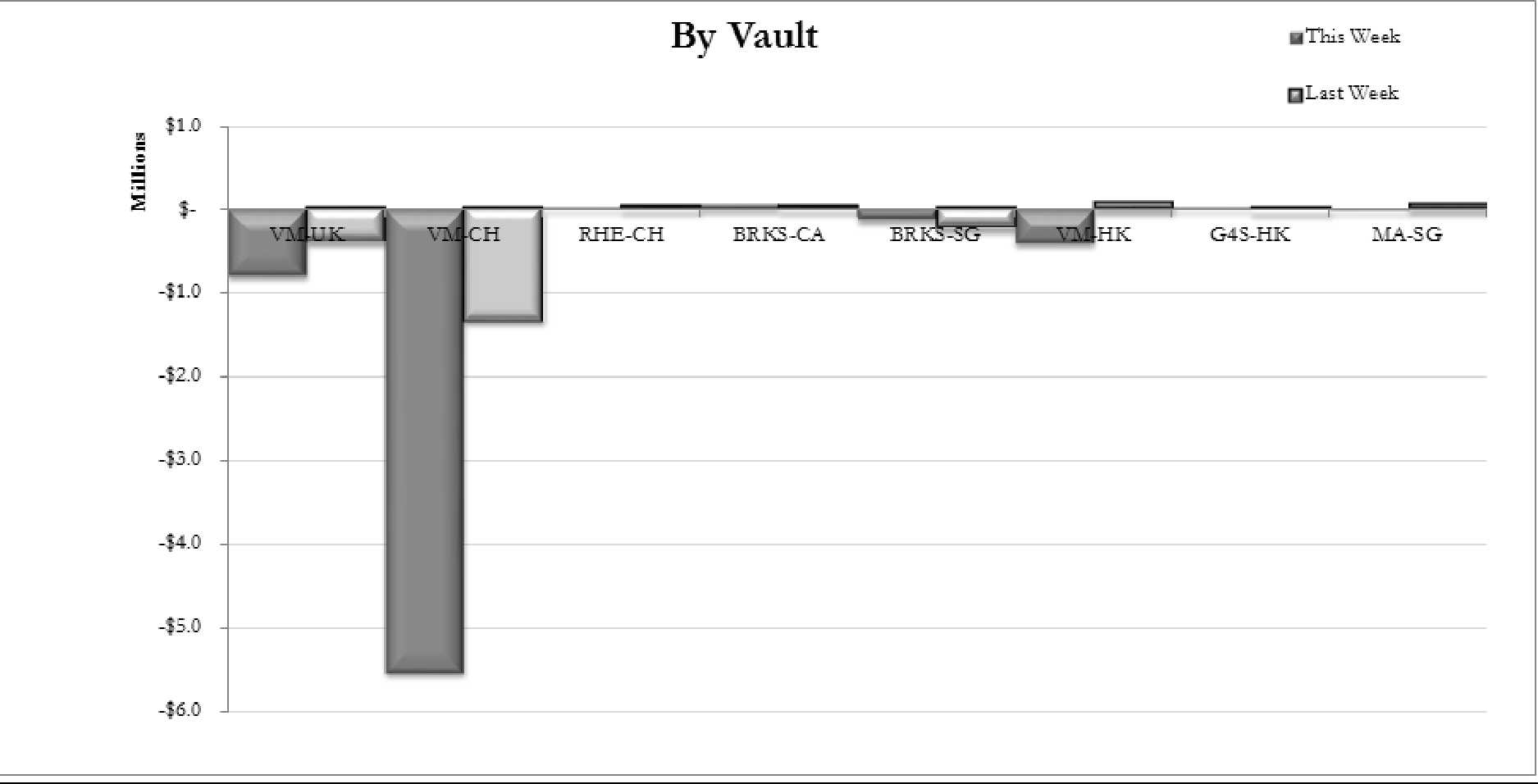 On Wednesday, the European Central Bank president, Mario Draghi, – after dodging a protestor while giving a press conference in Frankfurt –announced that the bank was ruling out a deposit rate cut, which indicated faith in the strength of the European economy. The US Dollar lost ground against the Euro as a result.

On the same day, the US industrial output data was released that showed that output was slower than expected, which was met with general disappointment andChina released figures that showed that its economy had grown by only seven per cent in the first quarter of 2015 – the slowest rate of growth in six years. Together with the disappointing US figures, this added to the downward pressure on the price of precious metals as it indicated that demand would fall.

At the same time, Greece admitted that without more bailout funding the prospect of defaulting on its debt could lead to a forced exit from the EU. This acted as a support for gold and helped bolster its price as it appeared to rally on Wednesday but was short-lived as the recovery was capped after European shares hit a 14-year high.

There was further disappointing data from the US new home-starts and jobless claims, as both were worse than expected. If there continues to be poor economic data, the Federal Open Market Committee (FOMC), which is due to meet later this month, could re-evaluate whether there should be an interest rate hike - if they delay, it could be a boost for the gold price.

Gold rose above the US$1,200 mark – at the same time that oil jumped to US$63 a barrel on evidence that US oil production had peaked. As is typical, the gold price rise was driven by the oil price rise.

The main focus remains on what the FOMC will decide to do at the end of April but there are some other significant releases coming up.

Tomorrow the US issues its consumer price index and then next Wednesday, China releases its PMI-MFG index , which may provide further indication that the Chinese economy is slowing down.

Next week, we can also expect the US to release data for the existing home sales, new home sales as well as publish its weekly jobless claims figures, which could see gold achieve a more stable position.

[1] PMI-MFG index: An indicator of the economic health of the manufacturing sector. The PMI index is based on five major indicators: new orders, inventory levels, production, supplier deliveries and the employment environment.

Through GoldMoney's non-bank vault operators, physical precious metals can be stored worldwide, outside of the banking system in the UK, Switzerland, Hong Kong, Singapore and Canada. GoldMoney partners with Brink's, Loomis International (formerly Via Mat), Malca-Amit, G4S and Rhenus Logistics. Storage fees are highly competitive and there is also the option of having metal delivered.

Further information:
Visit: www.Goldmoney.com or view our video online
Follow us on @goldmoneynews