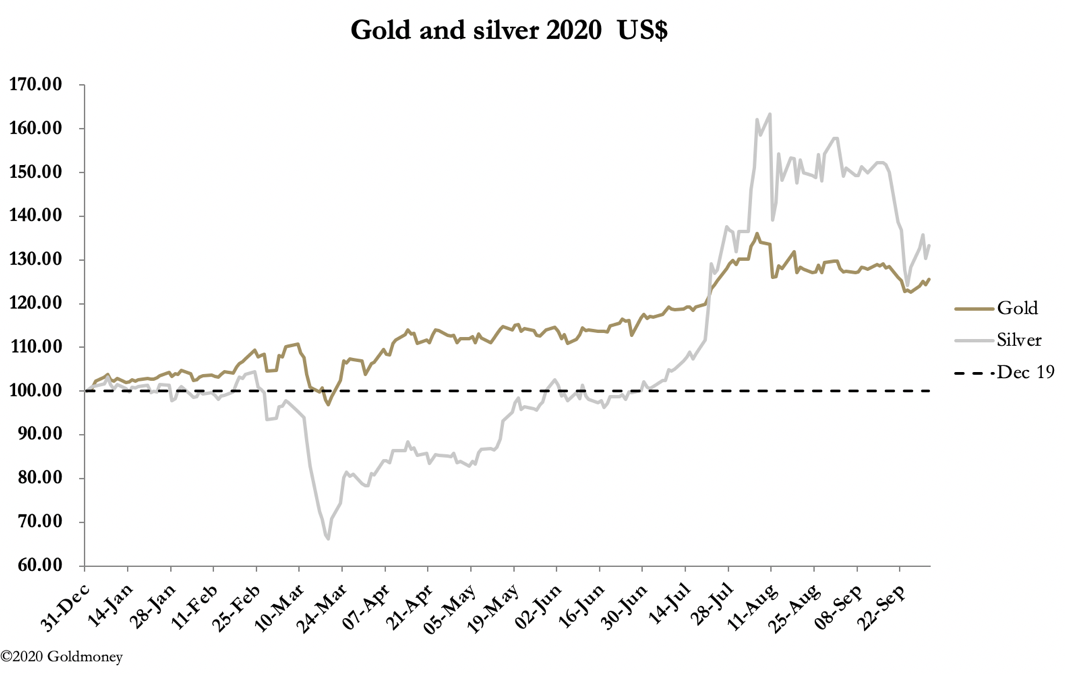 Precious metals rallied this week, with gold up $50 to $1910 in early morning trade in London, while silver rose $1 to trade at $23.86. It appears that the bullion banks are being squeezed again, and the table below shows the last known position, which will be updated tonight.

The Swaps (bullion bank trading desks) had managed to reduce their net shorts by 9,874 contracts from the previous week, but Producers and Merchants had similarly reduced their position. The overall reduction, at the expense of the Managed Money category (net longs down 29,650), has not been as beneficial to the Swaps as they might have hoped. Meanwhile, the Other Reported category is at a record net long position, as our next chart shows. 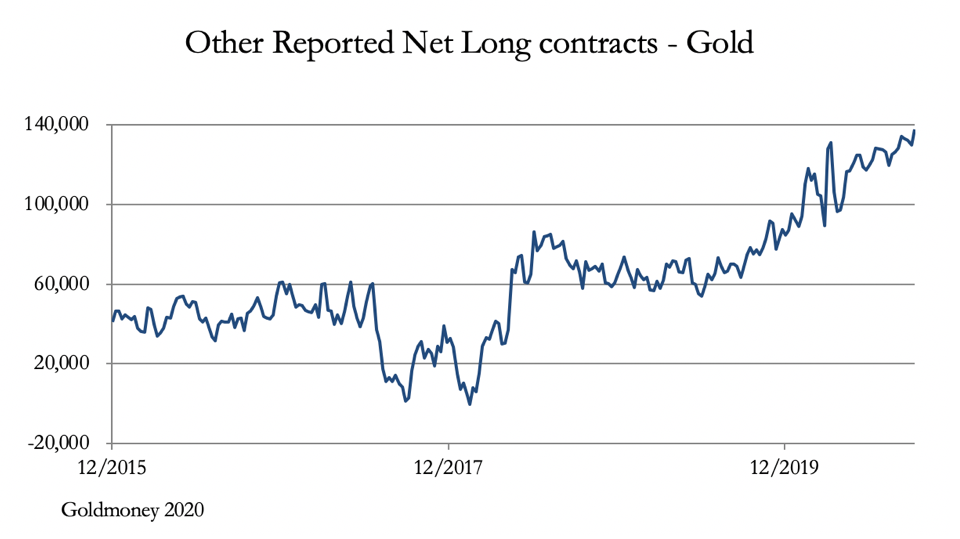 The significance of this category is that on 24 March, following a substantial decline in the gold price the Other Reported category also hit a new high in its net long position, at 130,957 contracts. Far from being supposed amateurs who don’t fit into the other declared categories, the Other Reported category was the one that put the squeeze on the Swaps and broke the market by standing for delivery. This closely followed the Fed’s “whatever it takes” FOMC response to covid-19 on 23 March, which drove the gold price up from $1455 to $2075 in just over four months.

We wake up this morning to the sad news that President Trump and the First Lady have tested positive for covid-19. While wishing them a speedy recovery, we must report the consequences for precious metals. In our analysis, we have noted how the Other Reported category were record net long of the Comex gold contract in late-March. The coincidence, and it can only be that, of a similar position today cannot be ignored, with America and the world likely to take the covid-19 crisis and its economic consequences more seriously. The squeeze on the bullion banks is likely to intensify again, and this time the stakes have risen a further notch, with the future survival of many of them severely threatened.

The knock-on consequences of the President’s illness are likely to be significant. It seems that staff in the White House rarely wore masks, and there is the possibility Joe Biden was infected in the shouty presidential debate this week. Both men are in the most vulnerable age category. Besides the political crisis, covid-19 is likely to banish all thoughts of a V-shaped recovery, which is bound to lead to even greater monetary stimuli by the Fed.

In other interesting news, it seems that vaulted silver in London is going in one door to satisfy physical ETF demand while going out of another more rapidly as others withdraw it. Figures released by the LBMA showed that between March and August, 102,237,000 ounces were withdrawn from LBMA member vaults. The squeeze on silver is not only confirmed by these figures, but on analysis it appears that industrial users are withdrawing silver stocks, leading to a rapidly increasing scarcity of physical metal.