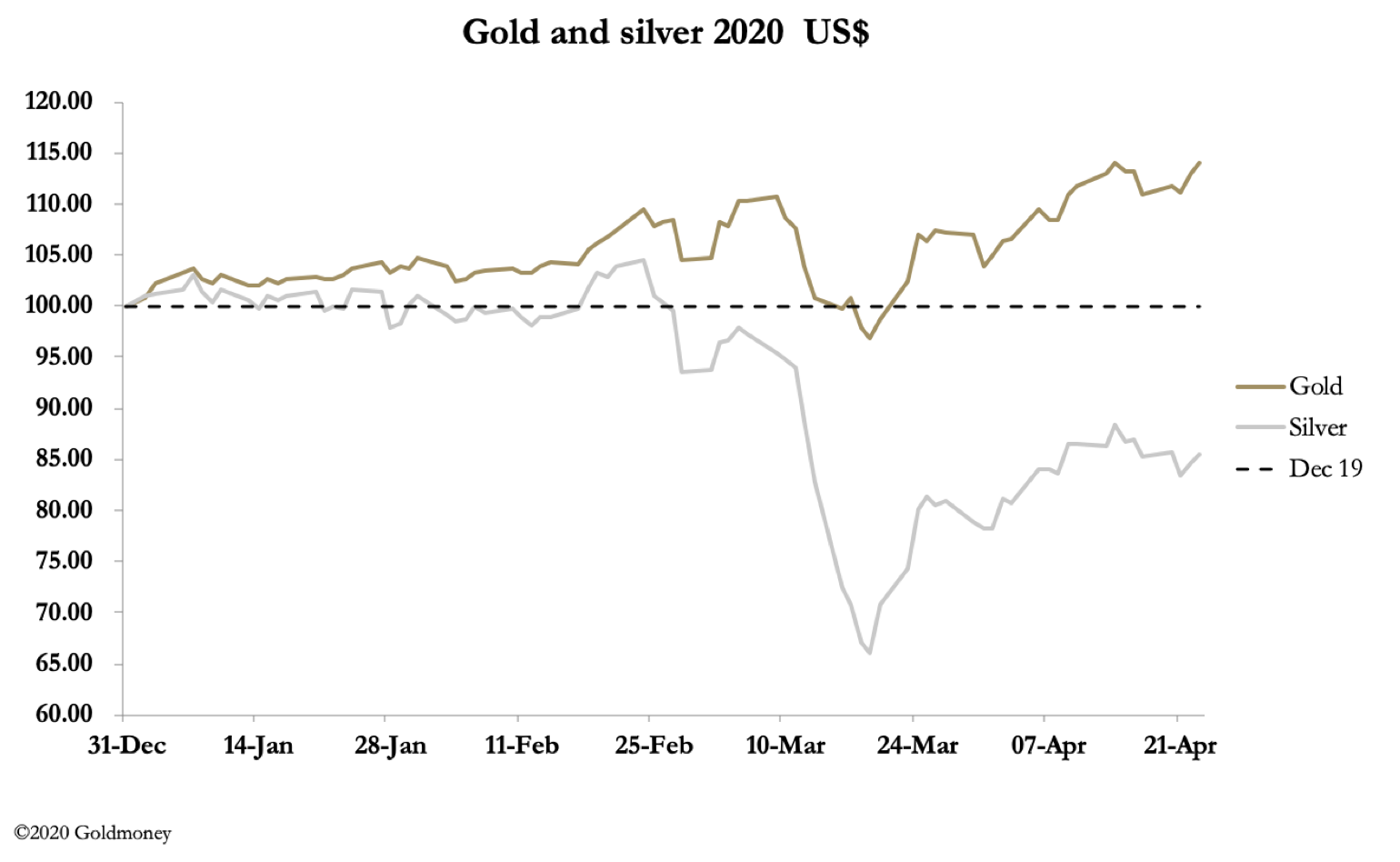 Gold rose on the week, but silver was barely changed. From last Friday’s close, gold rose $47 to $1728 in early European trade this morning, while silver rose five cents to $15.23 on the same timescale. While silver still has a lot of catching up to do, in percentage terms it has outperformed gold since the mid-March sell-off. However, on the year that still leaves silver down 14% on the year so far, while gold is up 14%.

The big surprise is the lack of progress bullion banks have made in closing their short positions. The most recent Commitment of Traders report for 14 April showed the swaps (bullion bank trading desks) still short, slightly more so at a net 172,157 contracts, an increase of over 6,000 contracts on the previous week. Our next chart shows this very oversold position. 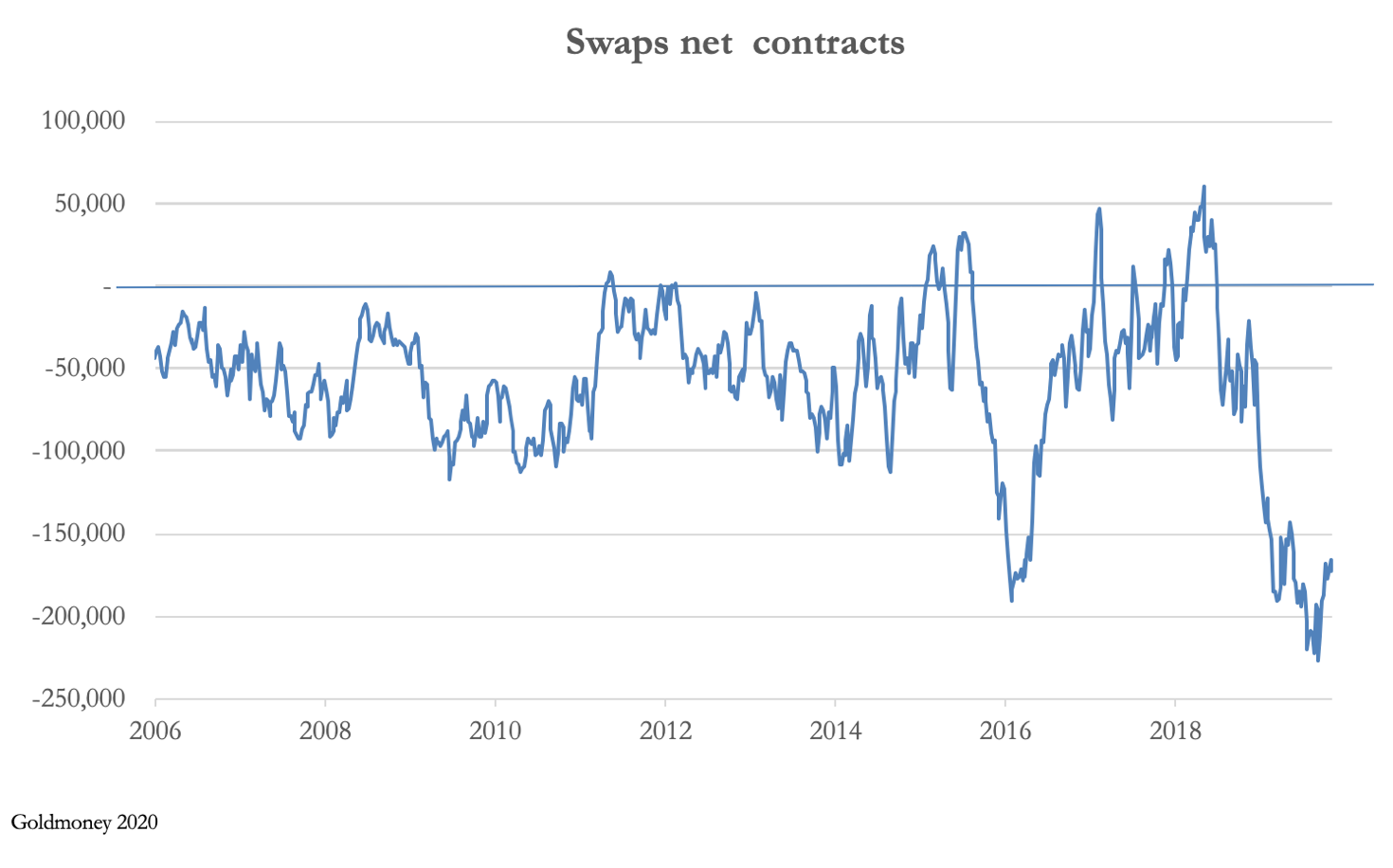 The problem is evident in the positions of the large four traders, which has deteriorated substantially in recent months, shown in the screenshot below. 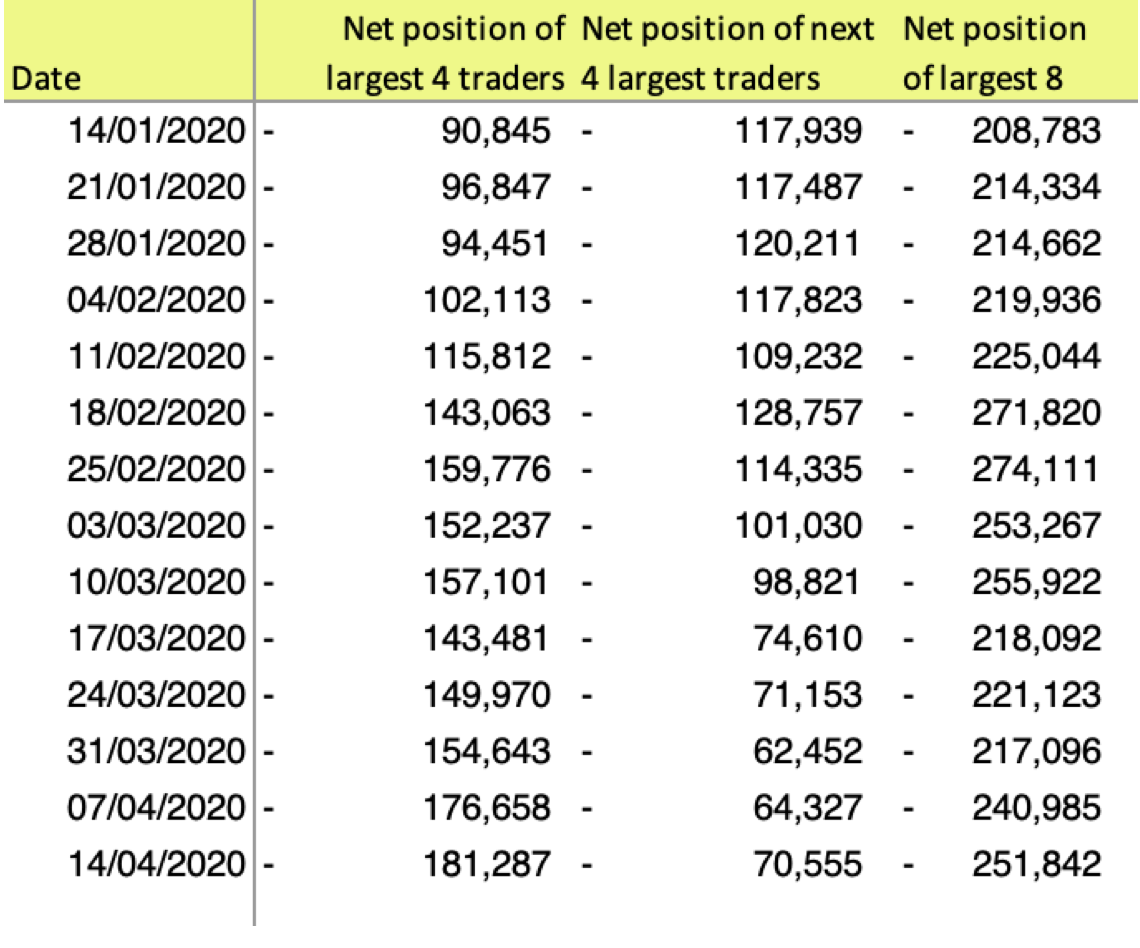 Of course, it may be that the loss is not confined to one of the very large traders. That point being made, we should note that attempts to alleviate the position have so far only made it worse, with all eight finding their short positions have increased since the end of March. It is small wonder that prices for the active June contract on Comex consistently trade at a significant premium to London spot. We look forward with great interest to tonight’s updated COT release.

The sheer scale of economic destruction wrought by lockdowns is only beginning to be understood, and it is apparent that all major central banks are being forced to limitlessly increase money in circulation to rescue everyone and everything from economic catastrophe. Furthermore, bank counterparty risk is increasing, which is bound to limit trading in London’s forward market, which lacks the intermediation of a regulated exchange. Certainly, it is not a time to be caught short so badly on Comex, and therefore it is hard to see why precious metal prices should ease.