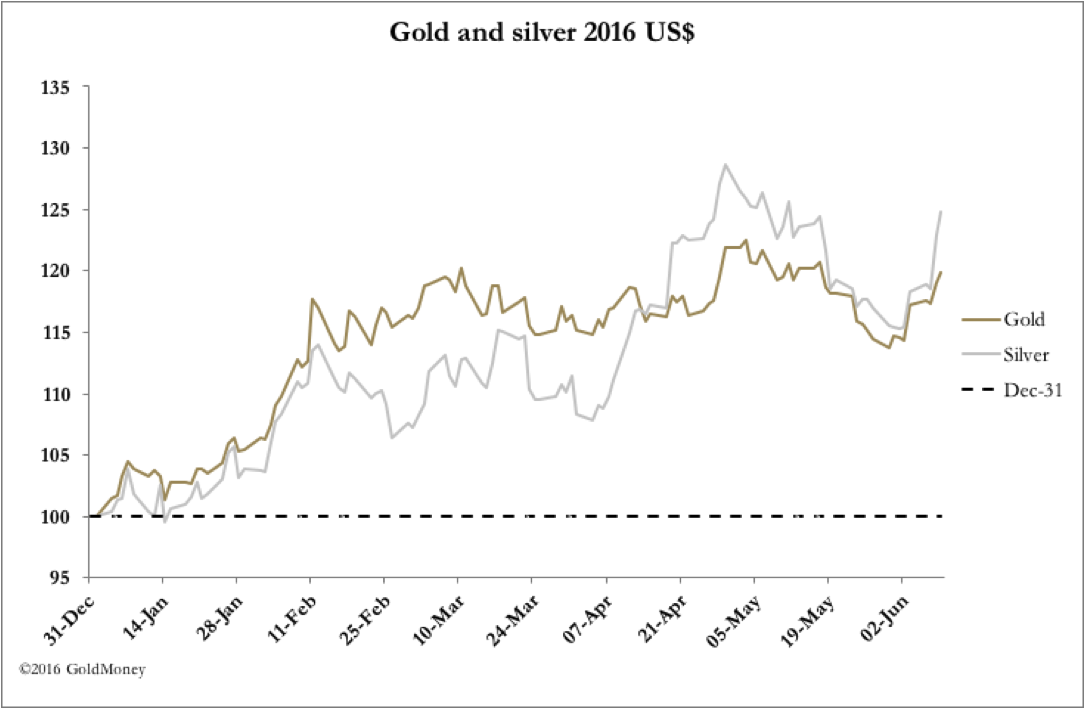 Gold and silver prices started the week at a low point, with gold touching $1200.

Round numbers such as this can take on an importance for traders. Silver found support at $15.90 before rallying, but on Wednesday, dipped below this level briefly, trading as low as $15.84. So the post-Monday rally in gold was not confirmed by silver, making the consolidation over the week just that, it being too early to say the May sell-off is over.

It is of minor interest that with London closed for a bank holiday, last Monday’s lows were set with reduced physical trading. In theory, this would have left bullion markets more than usually exposed to the vagaries of futures traders, suggesting a degree of artificiality in prices.

In early European trade this morning gold opened slightly firmer, at $1212, and silver at $16.06.

It would be a bold trader who rules out a further dip in precious metals prices, with gold perhaps testing the $1190 level. However, the reduction in gold’s open interest on Comex, which has fallen nearly 110,000 contracts since 16th May, informs us that speculative positions worth $13.6bn have been extinguished, and the Comex market is no longer overbought.

The underlying position in silver is more solid, with the sharp fall in price not shaking out the bulls so much as in gold, with only 20,000 contracts extinguished, worth about $1.6bn. Both industrial and investment demand for silver are reported to be healthy, while mine output, particularly where silver is a by-product, is expected to be subdued.

Be that as it may, traders will be concerned over gold’s technical position, which has obviously deteriorated. The gold price is now below the 55-day moving average, as shown in the next chart. 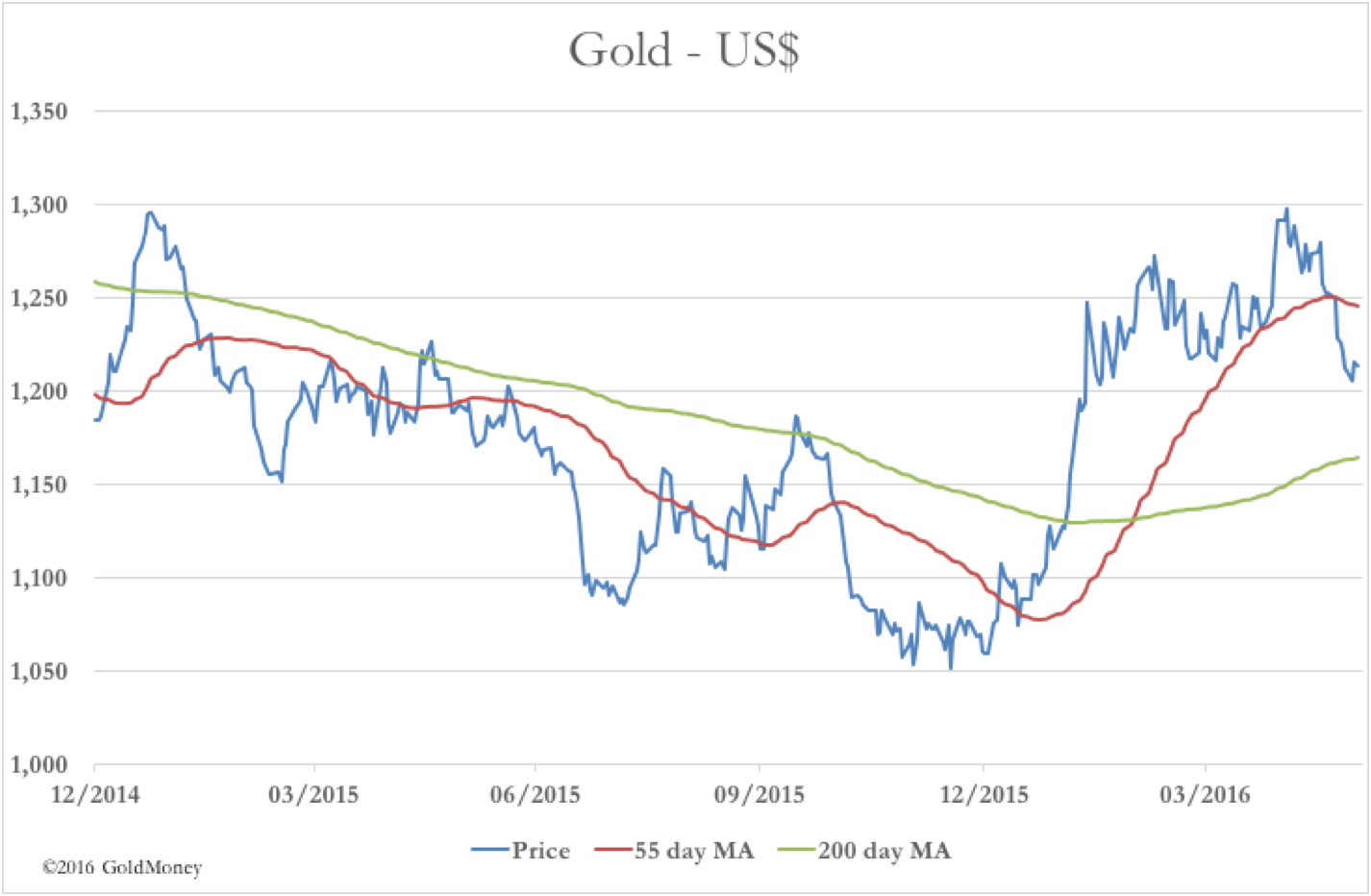 Whether or not this will happen is down to the dollar, with the Fed plainly preparing the ground for another rate increase. The Fed is trapped by its zero rate monetary policy, and must be frustrated at its powerlessness. The result is a 50-50 expectation of a quarter point increase either this month or in July.

This is a tough call, because official statistics, particularly unemployment and core inflation suggests a hike should happen, while business surveys, which are generally downbeat, suggest otherwise. And if inflation continues to rise towards and through the two per cent mark, driven by rising energy and commodity prices, any delay in raising interest rates will be seen as a bad mistake.

Meanwhile, the Eurozone is badly stagnating, and the news from Japan is not good, with a Bank of Japan board member expressing renewed pessimism about the economy, driving the yen sharply higher in the process. The last thing the economists at the Bank of Japan and the ECB want to see is for the US to raise interest rates, when the world appears to be on the brink of recession.

Precious metals have surely discounted a possible rate hike in June/July. Whether or not it happens will probably decide in the short-term whether gold rallies from the $1200 level, or if it moves towards a test of the 200-day moving average.