Market Report: Teed up for a bull run 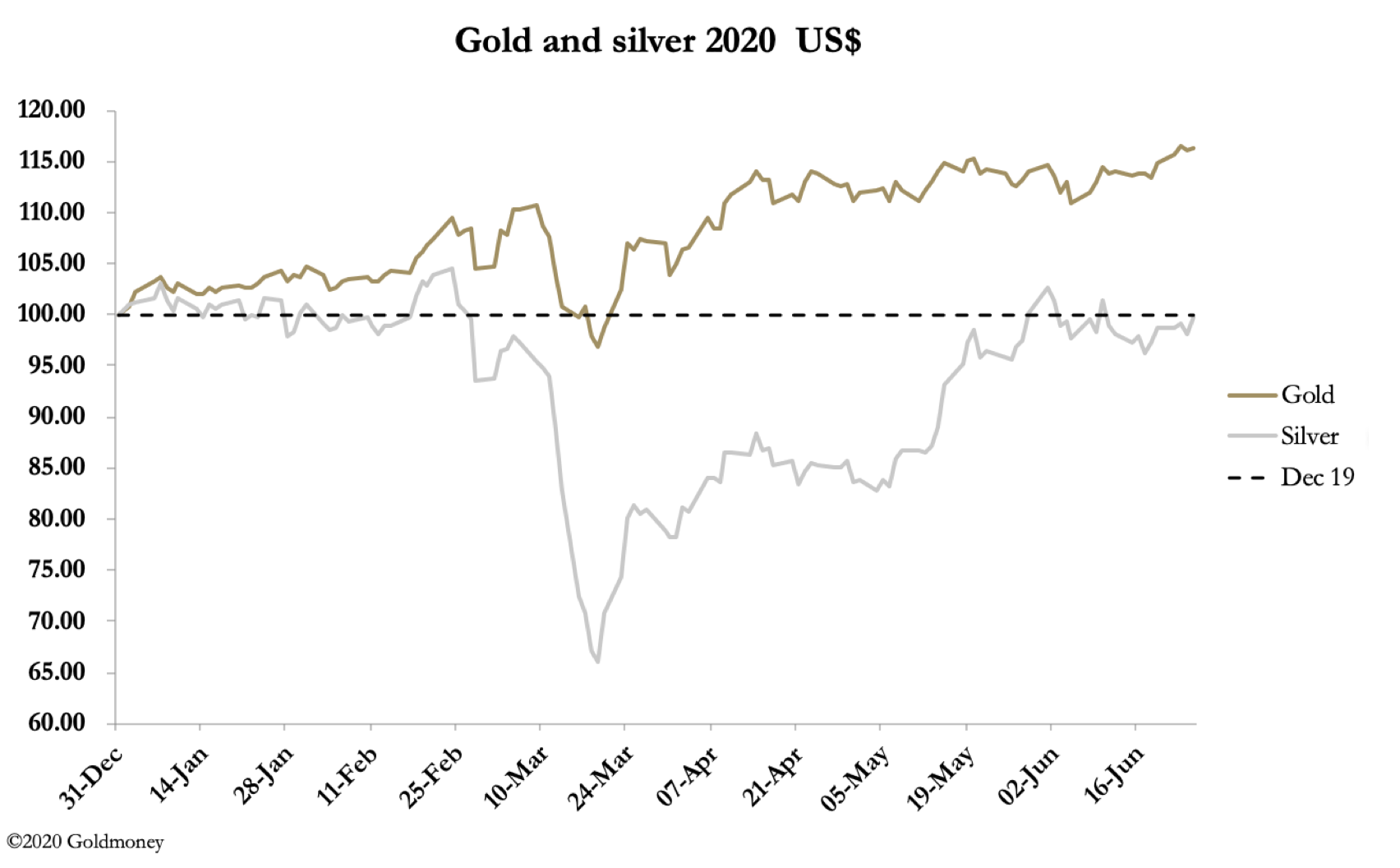 With the active silver contract running off the board and both gold and silver approaching the half-year mark, this week there were strong pressures from the establishment to see lower prices. While 30 June is not here yet, despite this, prices remain firm. Gold rose $21 from last Friday’s close to trade at $1764 in early morning trade in the European time zone, and silver rose 23 cents to $17.82 over the same time period. Trade in Comex gold futures was moderate for the contract but relatively greater in silver.

Mid-week, gold traded as high as $1779, the highest since this bull phase started in December 2015, with $5—10 premiums persisting on Comex compared with London spot. An important control factor, the exchange for physical arbitrage, shows subdued volumes, indicating EFP traders have not recovered from the horrors in March when HSBC made a $200m loss in one day and other bullion banks suffered similarly.

Our next chart tells the gold story best.

When open interest ran up to just under 800,000 contracts, “something had to be done”. The bullion establishment managed to crash the gold price and until 19 March, when the price took off from $1480 to $1700. Open interest continued to contract. Meanwhile, prices consolidated at that $1700 level, defying all attempts by the swap dealers (i.e. bullion bank trading desks) to close their net shorts. This is our next chart 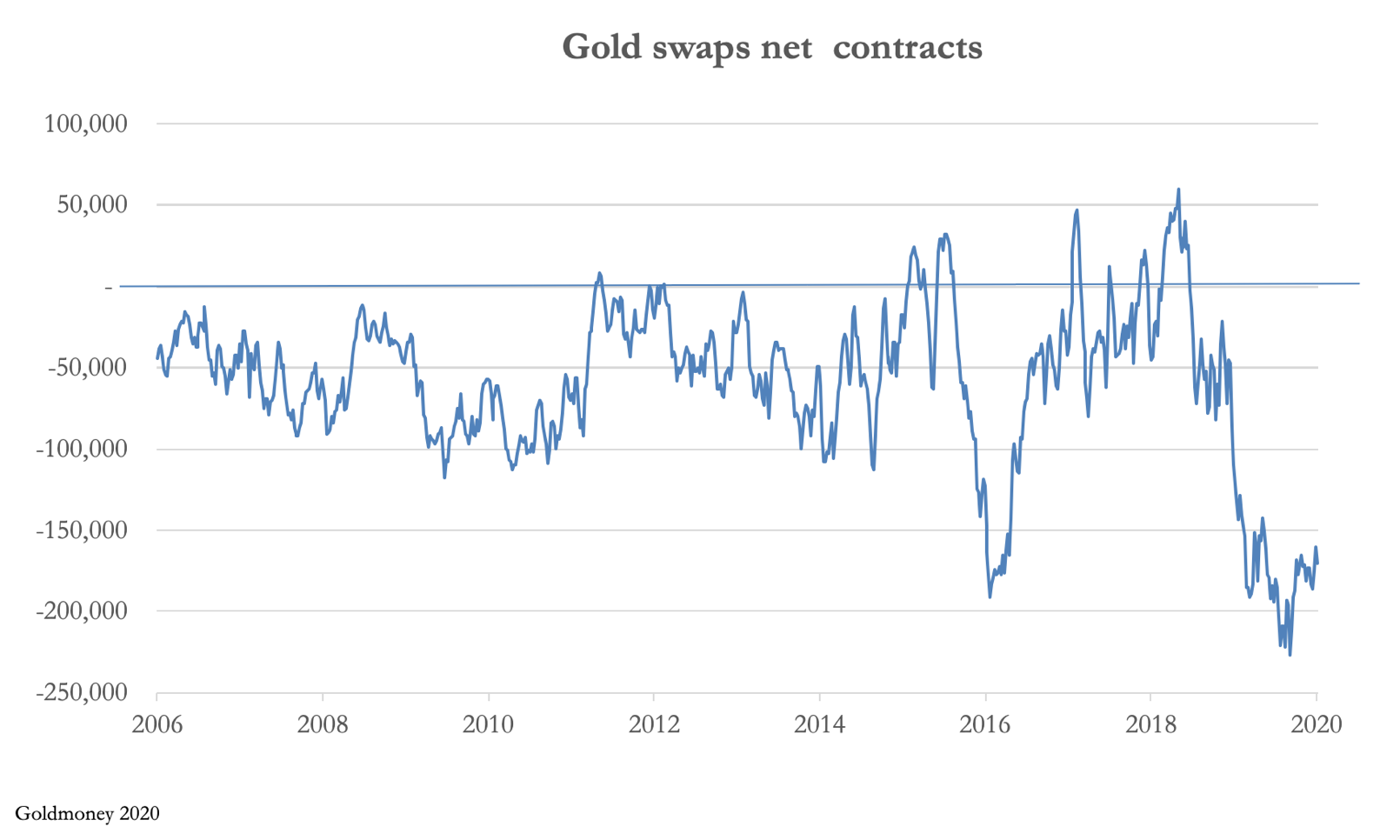 Swap’s net shorts hit record levels in February when open interest was 715,000. Clearly, the attempt to close down the longs failed, leaving the swaps only slightly less short but with the gold price $150 higher. Therefore, their position-losses increased to record levels.

Returning to the chart of open interest — our second chart above — we now see that having bottomed at 470,000 contracts, it has risen, with the gold price, to nearly 540,000 contracts. This is solid buying, which has taken gold out of its consolidation phase to new highs.

The pressure is intensifying on the swaps’ net shorts. Another price smash looks like being ruled out, having been an expensive exercise last time, leaving swaps worse off. This time, we might see some bullion banks throwing in the towel, closing at any price and leaving the market.

Technical analysts will confirm the underlying strength of the market, which is our last chart. 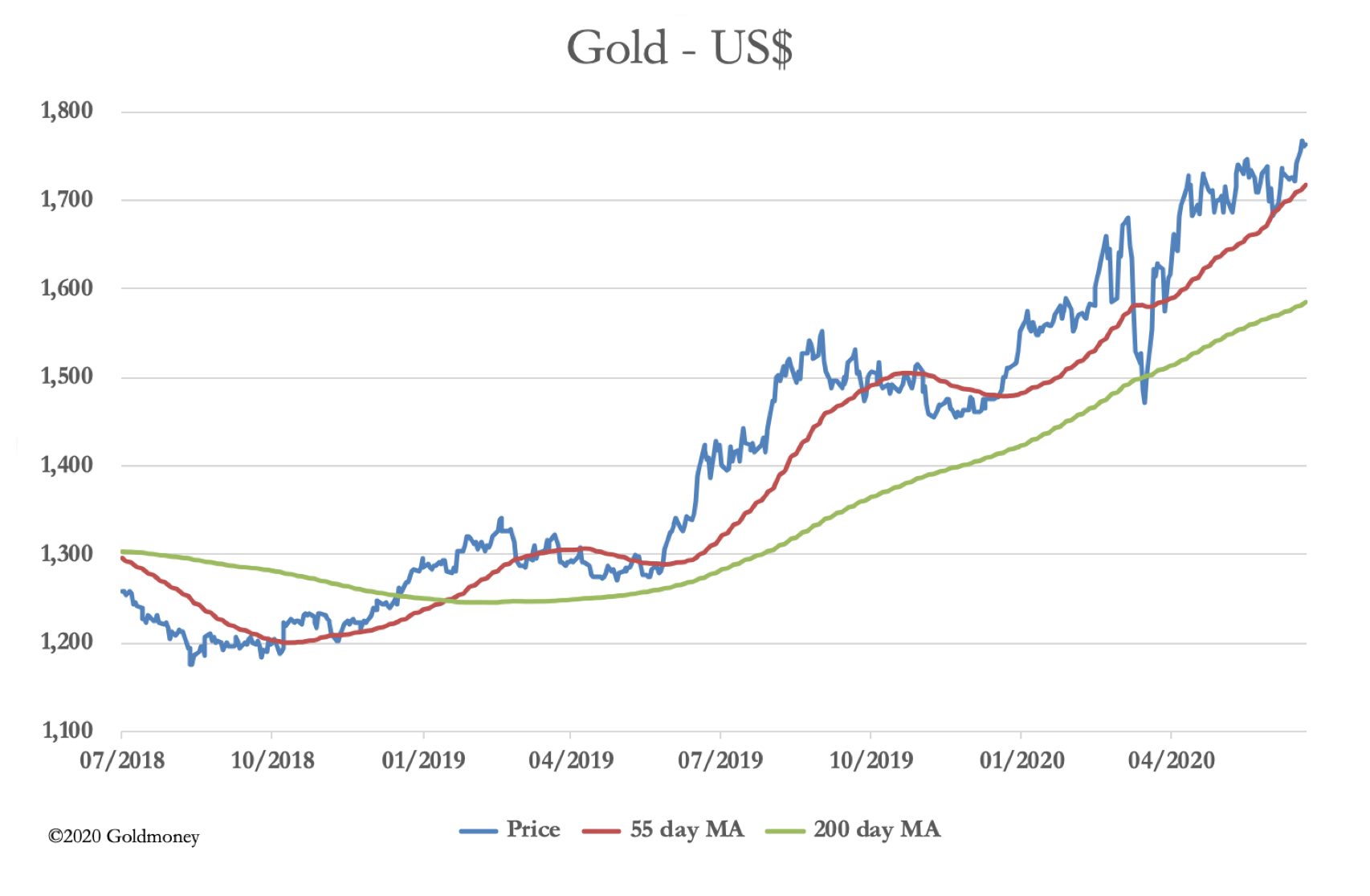 With the price and moving averages in bullish sequence, following the $1700s correction the chart tells us it is time for the bull market to resume.

The monetary background is also bullish, with markets dysfunctional, but a growing realisation that monetary inflation is only just kicking off. COVID-19 infections appear to be increasing again in America, and President Trump is behind Biden in the opinion polls in this election year. Presumably, in an attempt to curry electoral favour, Trump has threatened a new round of tariffs — this time against the EU. And respected Yale economist, Stephen Roach, told the world the dollar was toast.