In early European trade this morning (Friday) gold was down $2 from last Friday’s close at $1,347. Silver is down 25 cents at $17.18. Comex volumes have declined, and the dollar has stopped falling. 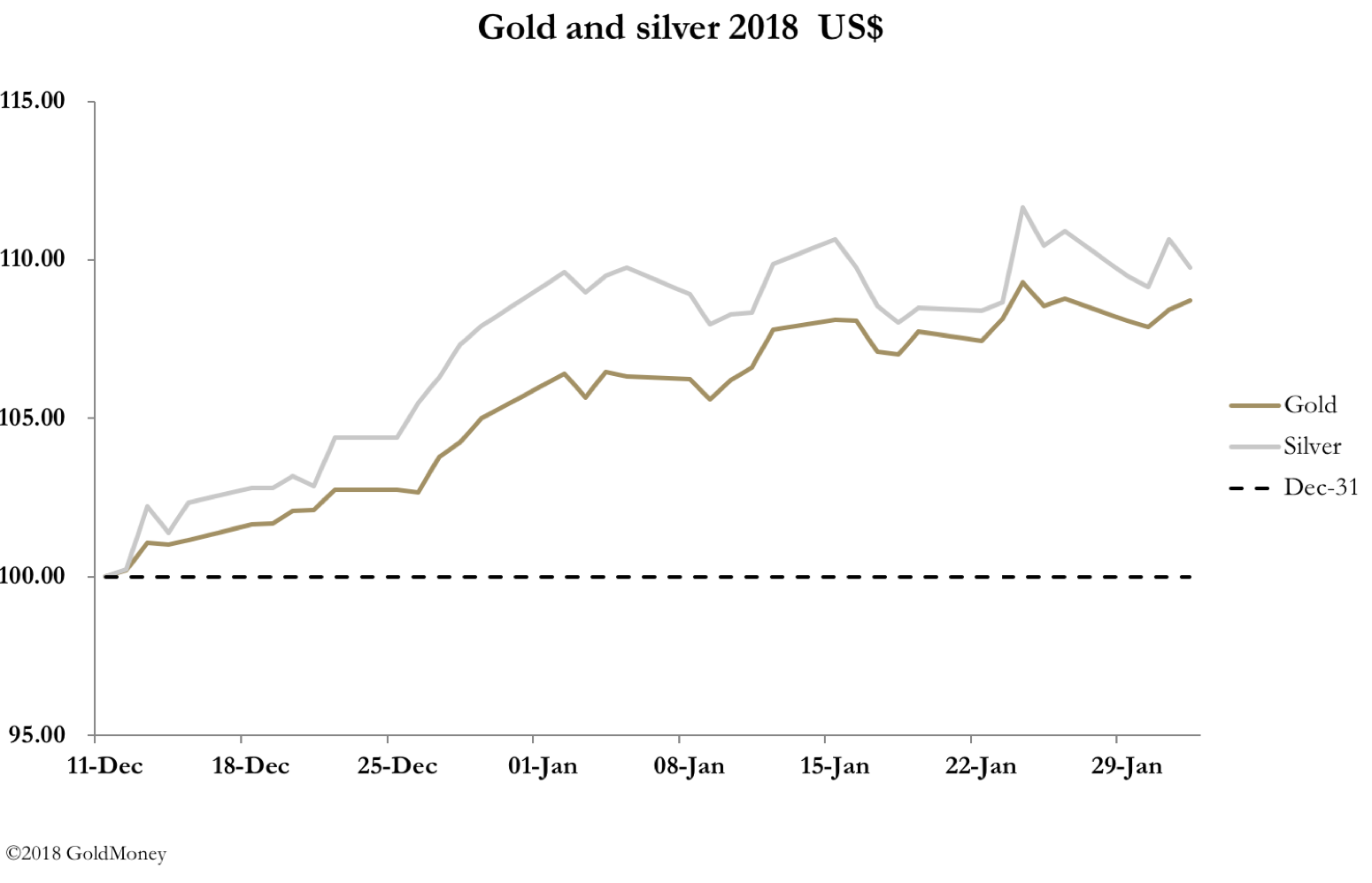 It has mostly been about the dollar, and the next chart shows how relatively pedestrian the rise in the gold price has been in the other major currencies. 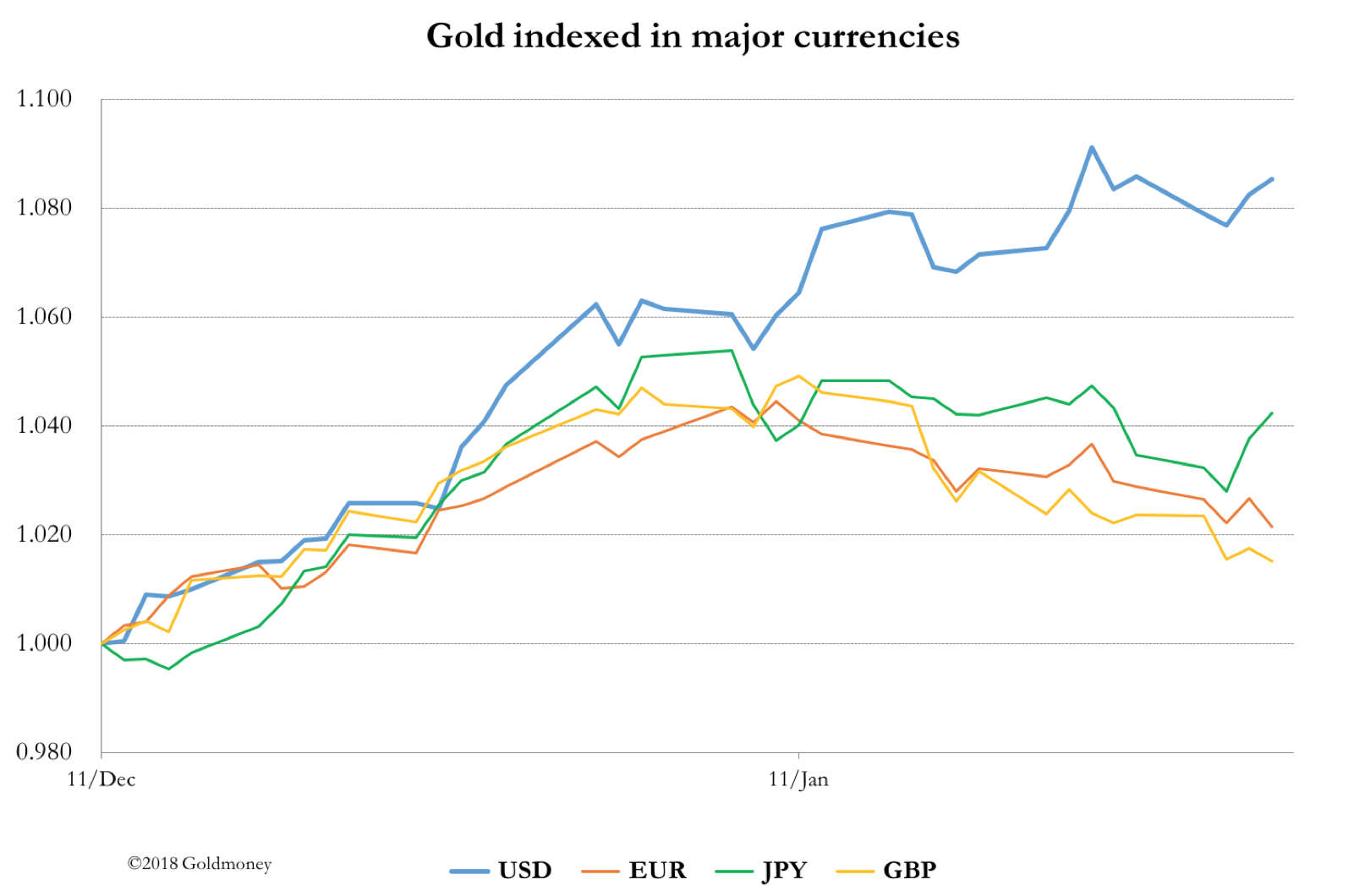 Since gold bottomed on 11 December, the sterling price has only risen 1.5%, compared with 8.5% for the dollar. In euros, gold has risen 2.2%, and in yen, 4.2%. As a very crude average, we can say that perhaps 3% of the rise in the dollar price is due to gold itself, and the balance due to dollar weakness.

This is confirmed by the fall in the US dollar index cash future, which since 11 December has fallen by 5.5%, which added to our estimate of the price change from the gold side confirms the rise in the price of 8.5%.

Perhaps we should bear this in mind when trying to assess gold’s downside if the dollar rallies, correcting some of its recent fall. If the dollar recovers to challenge its previous September 2017 low of 91.33, we can say the gold price should, all else being equal, fall to $1325. Given that such a rally is likely to overshoot a little, this confirms the lower bound of our estimated trading range of $1,310 to $1,360 shown by the pecked lines in the next chart. 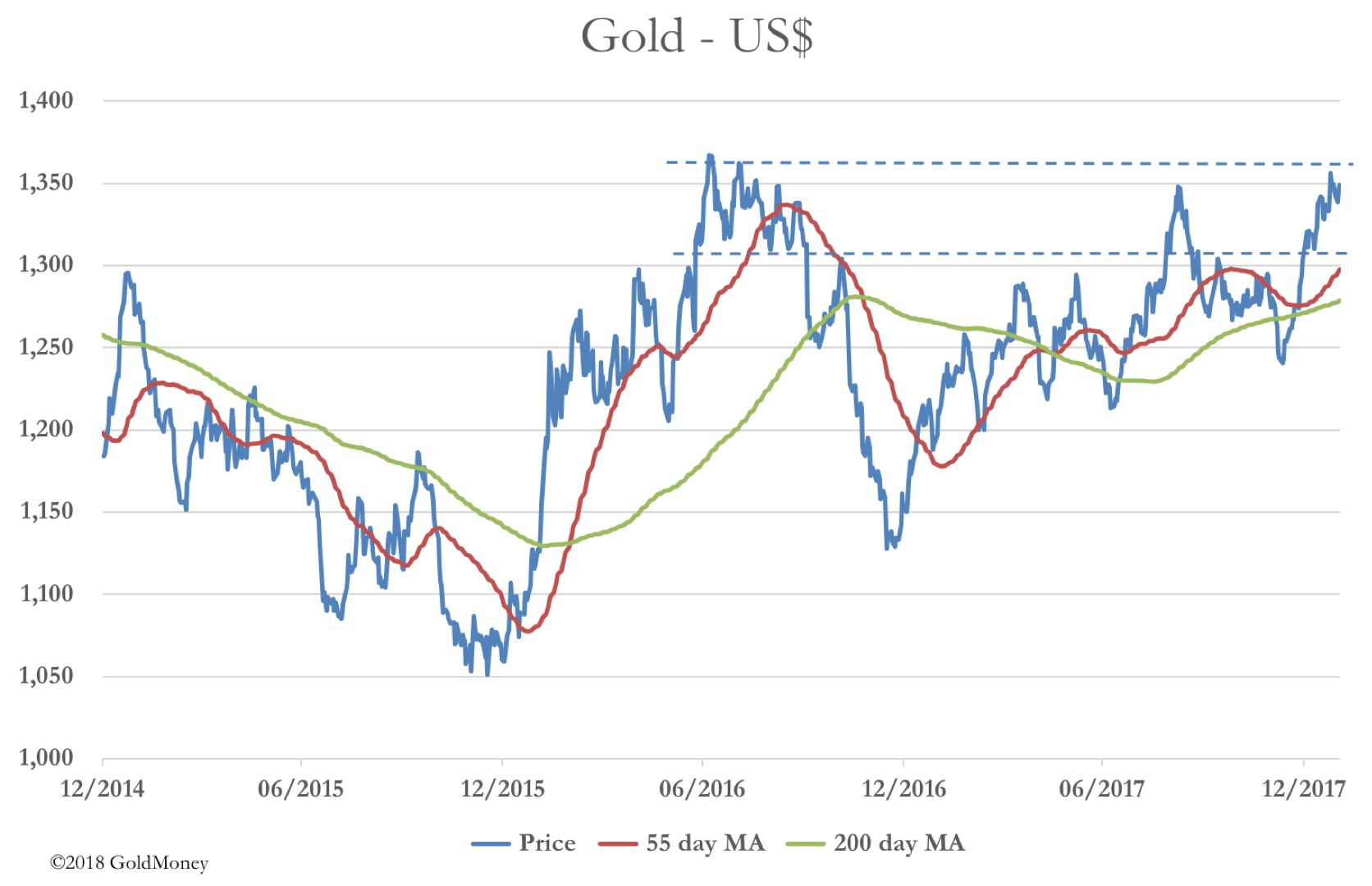 But given gold’s strong performance, at least measured in dollars, we should also take account of how overbought gold has become, or put another way, we should estimate the element of paper speculation in the gold price. Our next chart shows open interest on Comex, which is a rough guide to the degree of speculative froth. 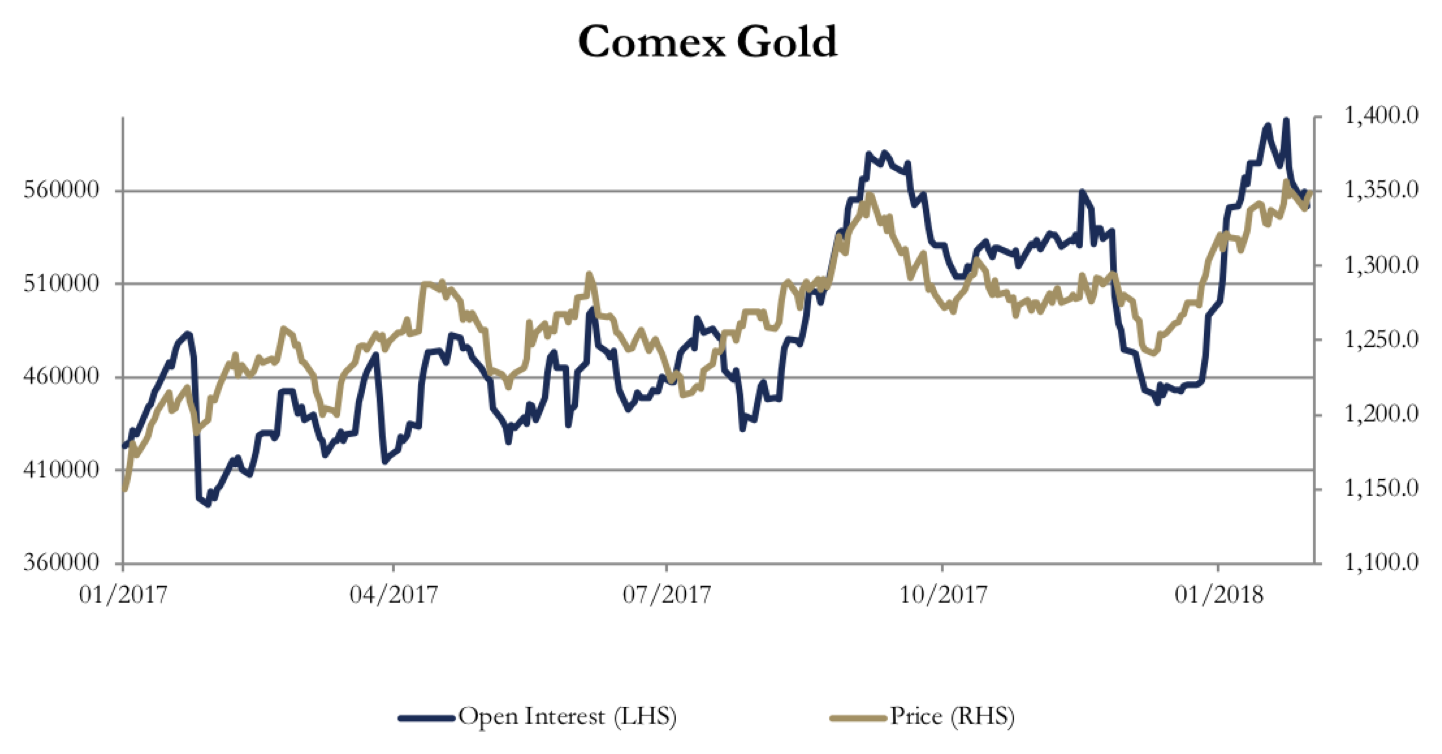 Open interest peaked at 597,592 contracts on 18 January and has fallen to an estimated 550,608 as of yesterday (Thursday). This may not seem significant, and there is certainly room for open interest to decline further, maybe by another 50,000 contracts. However, what is impressive is the fall in OI is almost entirely due to the February contract expiring.

In other words, the large commercial traders who go short to supply the increased OI have not bashed the gold price to close their shorts as much as might have been expected.

That is, not so far. If we get that rally in the dollar, this could well change. In favour of the dollar, short-term anyway, is a sense that President Trump is getting on top of his brief and his critics. His State of the Union speech this week showed a more rational president, and allegations that he colluded with Russia to get elected are being disproved as disinformation. These factors could become supportive for the dollar in the near-term.

Longer-term, the dollar looks set to continue its decline, with or without a short-term bounce. Bond yields are rising alarmingly, meaning portfolio losses in dollars are becoming a serious issue. Given that on the last count foreign-owned dollar assets were over $17 trillion, there is still a degree of dollar liquidation to come. And given China is reducing her dependency on the dollar for trade purposes, China and her trade partners are likely to be sellers into a dollar rally.