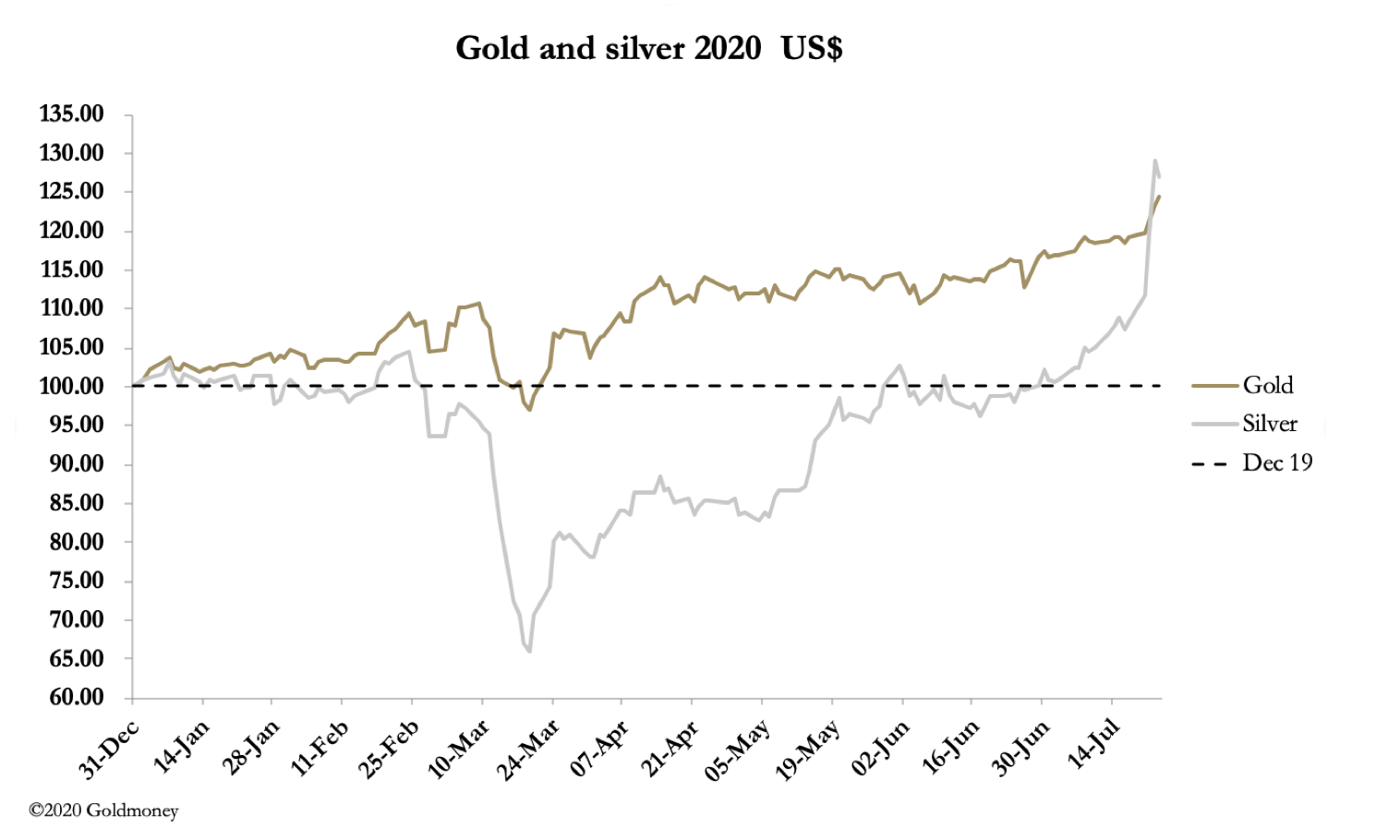 Silver’s sharp rerating is the stand-out story. Our next chart shows the gold/silver ratio, which illustrates the unprecedented degree of relative movement between the two metals. 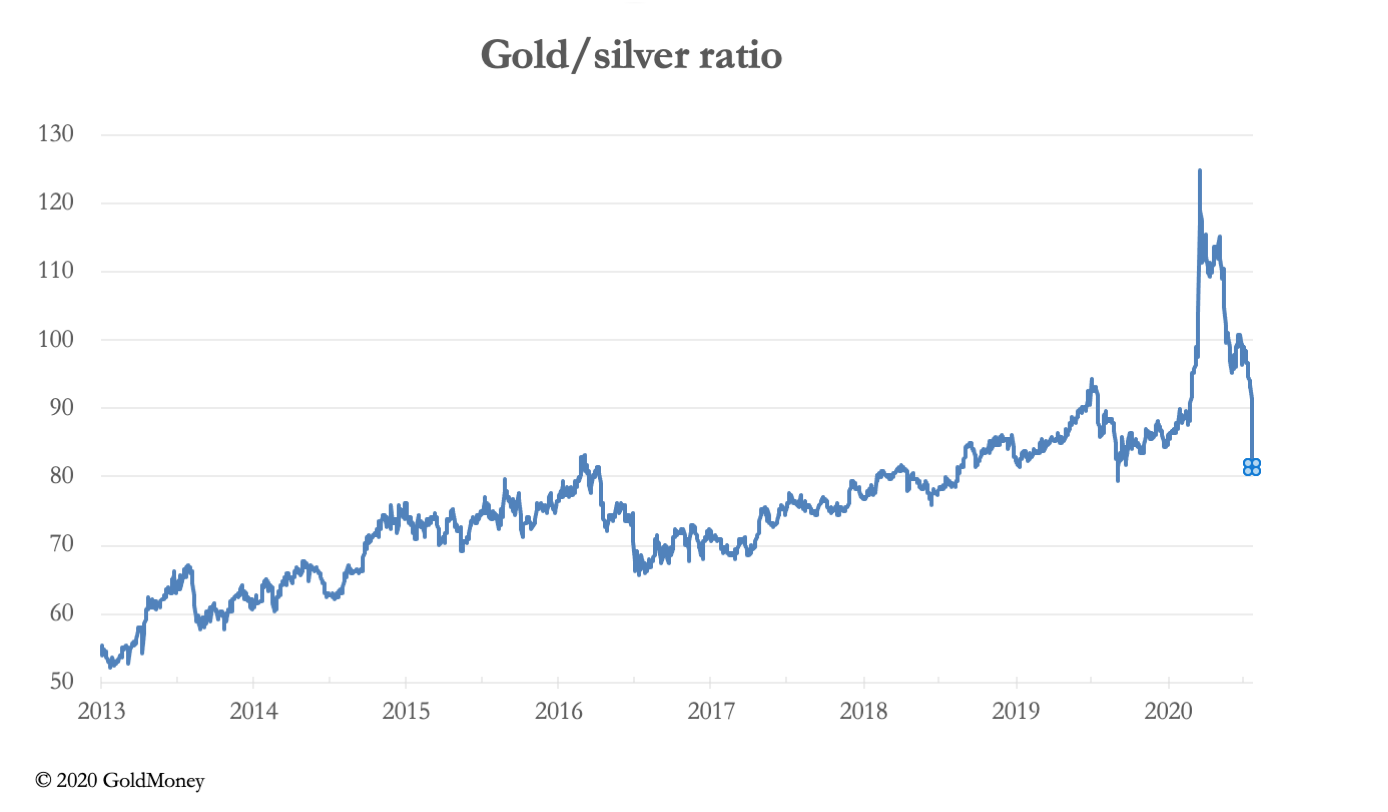 It serves to remind us that the spike to 125 was a price distortion, a sell-off for silver and a major turning point. Even then, silver still looks good relative value at the current ratio of 84, given that last time gold was at the $1900 level, the gold/silver ratio was 32. If that relationship had held, silver would be $59.

The underlying driver for both gold and silver is the accelerating rate of fiat money inflation, not just in dollars, but for all significant currencies. And given unwarranted optimism that the world will see a V-shaped recovery, the reliance on money-printing has only just started.

All markets are in chaos. You only have to take a fundamental view of equities to see how unrealistic they are relative to the real world of bankruptcies, unemployment rising at record rates, and the strains on the banking system. It’s not only at the macro level. Fresnillo, the large, conservatively run silver miner saw its share price fall 4.5% on Tuesday, while silver rose 7% in a bullish break-out.

Behind it all is the fact that the dollar ended its bull market on 23 March and since then has fallen significantly. The chart below of the dollar’s trade weighted index shows it has broken down from a broadening top formation and is breaching the intra-day low seen on 9 March. This is our next chart. 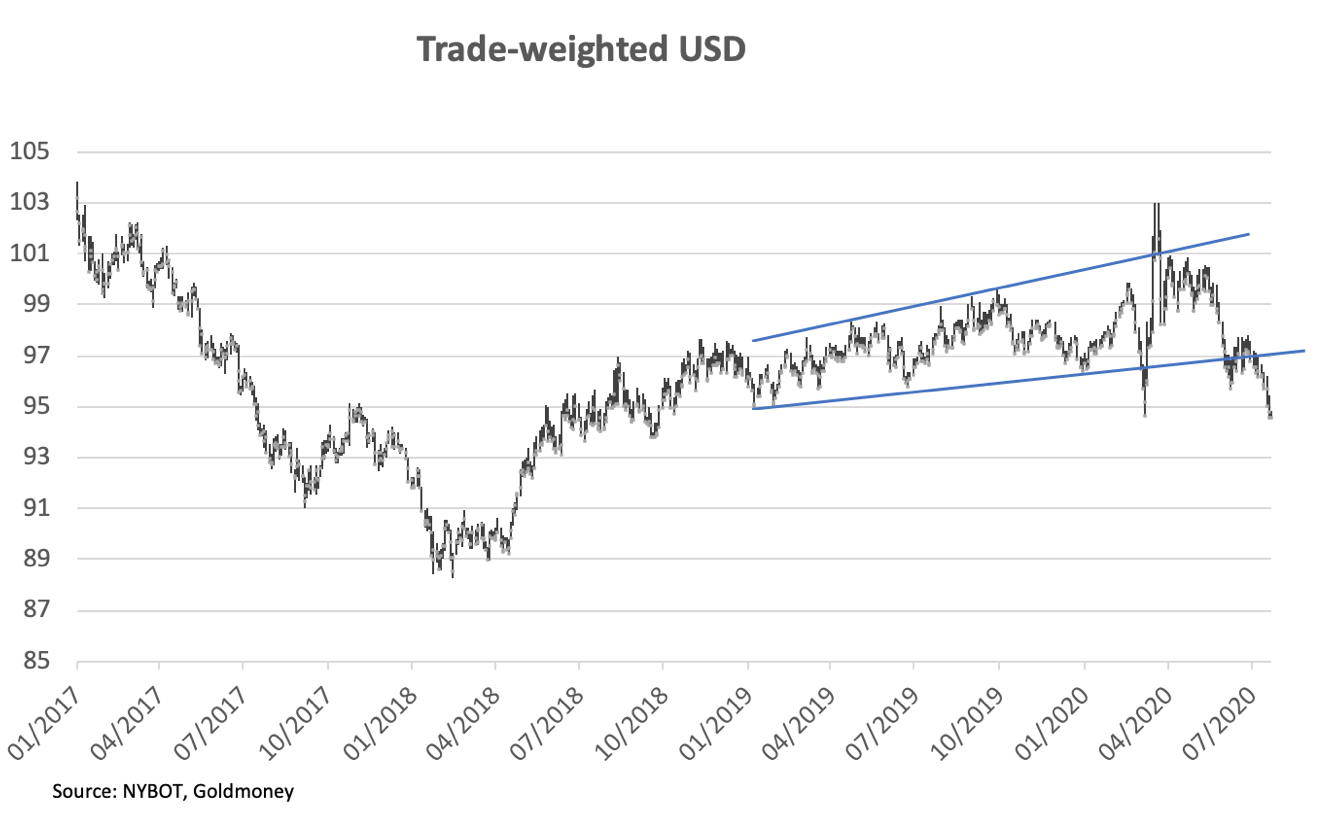 The swing in March between 94.7 on 9 March and 103 on 23 March provided us with two false breakouts, evidence of how confused the largest market in the world was at that time. Now the dollar faces a lethal combination of money-printing and the prospect of a socialising Democrat in the White House next year.

For gold and silver, these conditions are a classic wall of worry bull market. Increasingly, investors are beginning to understand the logic behind rising gold and silver prices. Yet by their metrics, they are wildly overbought — unprecedentedly so. If these were normal investments there should be a correction, giving traders a better entry point.

We cannot know the future for certain, but with markets thoroughly broken the past is a poor guide. The assumption behind technical analysis is that change is linear. It does not cater for a condition where the metric itself, the dollar or any other fiat currency, is no longer the objective value in a transaction, that role increasingly allocated to gold and silver. Our last chart presents gold as the objective value and four major currencies as the subjective value. The question now is would you sell your sound money for USD, EUR, GBP, or JPY? 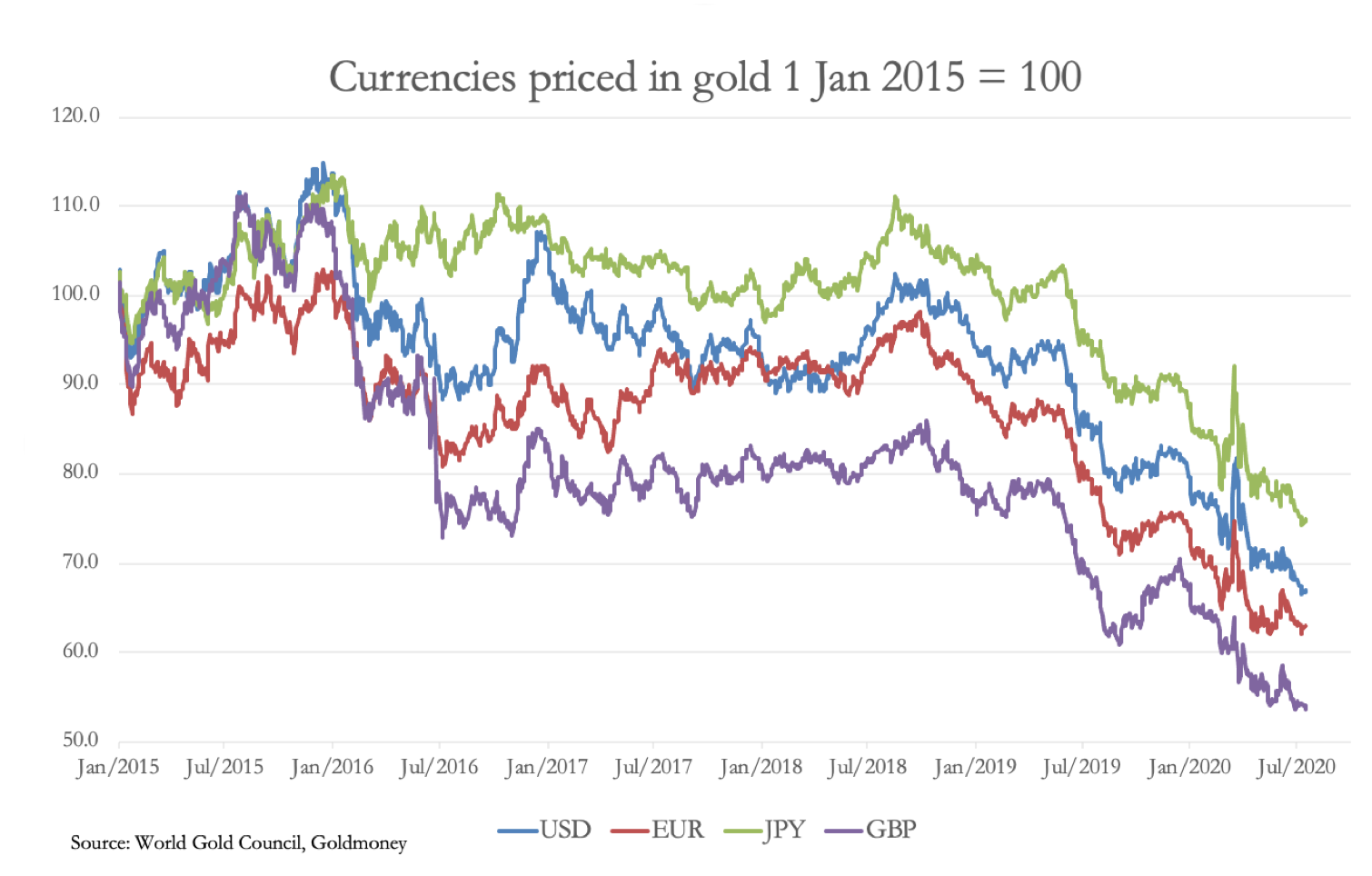