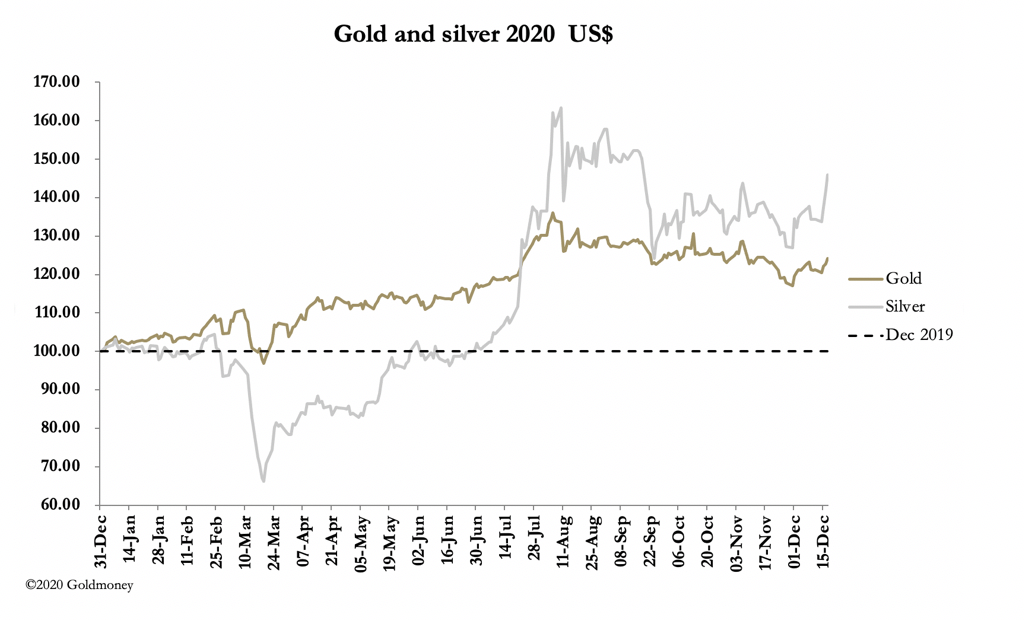 Gold and silver prices rose this week, with silver noticeably outpacing gold. Gold rose $40 from last Friday’s close to trade at $1879 in morning European trade today, while silver jumped $1.78 to $25.77 on the same timescale. Volumes and Open Interest on Comex picked up in both metals.

Our next chart is of the gold silver ratio, which has fallen significantly this week, reflecting silver’s outperformance. 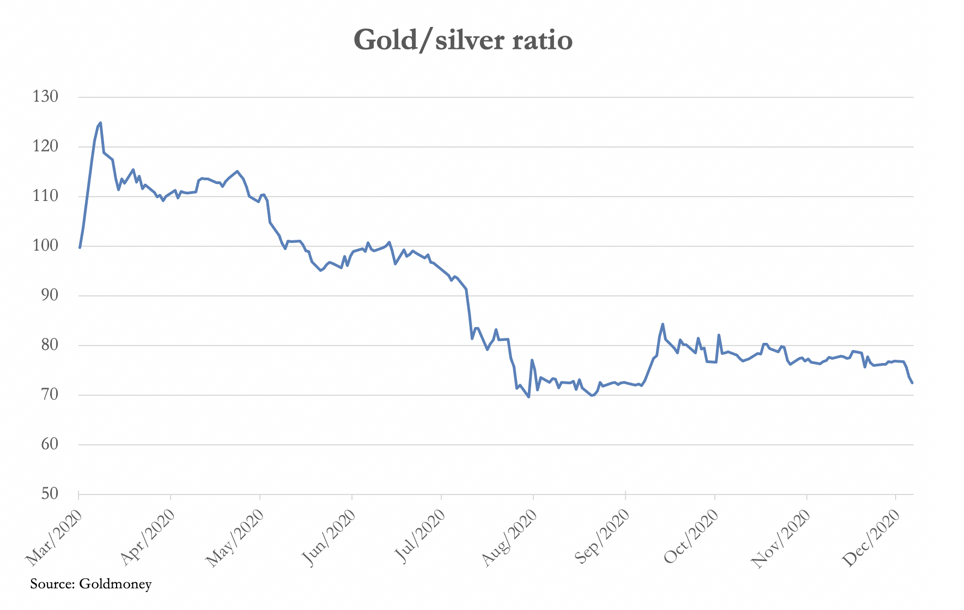 After a period of consolidation from late September, the ratio is on its way down again, and having hit a peak of 124 last March — before the Fed cut its funds rate to zero — now stands at 72. The reason for this outperformance is unusual. Gold has underperformed key commodities, such as base metals and some key soft commodities, while silver has performed with them. At a time when other inflation hedges, such as cryptos and equities have outperformed gold, commentators now see gold as a bit of a backwater.

What is not seen are the vested interests. While institutions are in the main reasonably placed during equity bull markets, almost none of them have positions in cryptos. It is the sudden realisation of the supply and demand dynamics behind bitcoin relative to fiat currencies that’s driving prices in relatively thin markets. Gold is different.

The bullion bank establishment is net short on Comex at close to record levels, as shown in our next chart. The Swaps category represents the bullion bank trading desks. 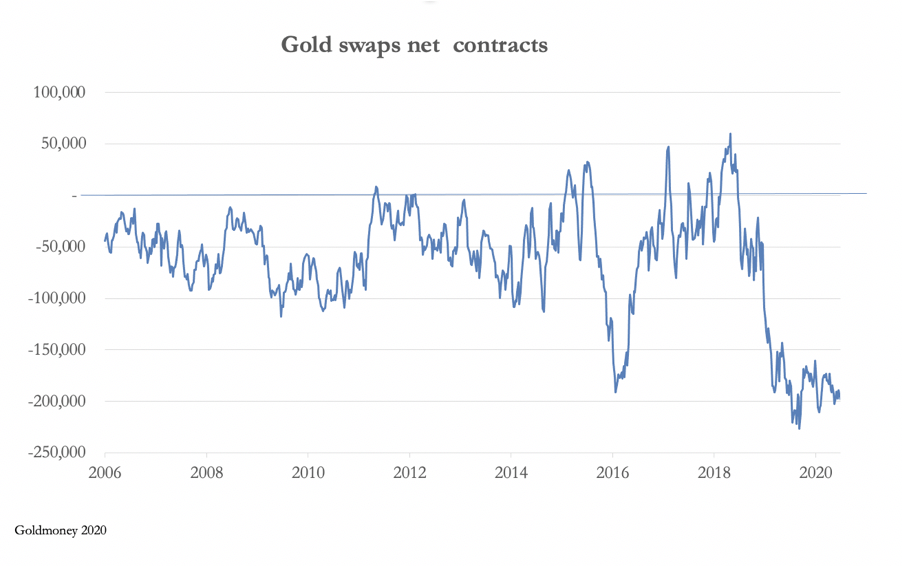 Taking out the long contracts left this category net short 197,850 contracts on 8 December, which were the last figures available (we will get an update today at 3.30pm EST). A moderate increase in Comex Open Interest since then tells us that this net short position will have increased.

In the distant past, when Comex futures were used to hedge London forward net long positions, this would not have mattered. But while the LBMA claims record levels of vaulted gold in London, when central bank earmarked bullion and bullion held in custody for ETFs and large private investors are accounted for, there is very little liquidity left in London vaults.

The value of what appears an impossible net short position is currently over $37bn, shared between 31 traders — their gross short position is about $51bn. Unless increases in the gold price can be contained, there are likely to be serious consequences for both bullion banks and potentially the integrity of bullion markets in North America and London.

Clearly, the vested interests of the bullion banking establishment are to keep a lid on gold at a time of rapidly increasing monetary inflation. The position in silver, where the swaps are net short of 13,653 contracts worth $1.8bn spread between 20 traders, is less serious; but against that the lack of market liquidity relative to gold must be considered.

The takeaway from this is that silver, which is less a focus for management by the bullion bank establishment, is leading the way for gold. It is increasingly difficult to see how the gold price will continue to be suppressed at a time of rapidly accelerating monetary inflation.