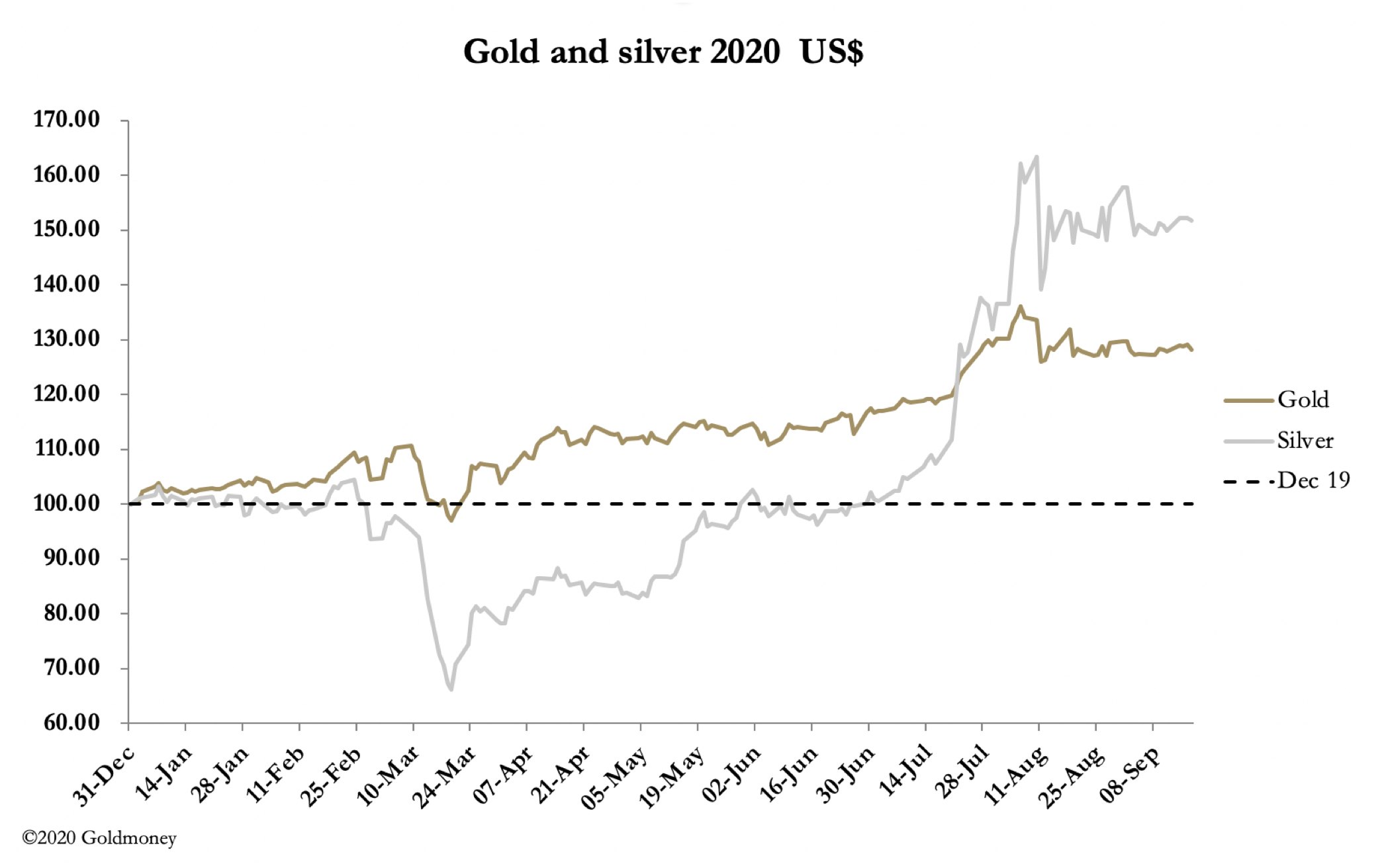 As our headline chart shows, this week gold and silver continued its sideways drift in a narrowing trading range. On the week, gold rose by $15 to trade at $1954 in early morning European trade today, and silver was unchanged at $27.13. Comex volume in gold was moderate while in silver trading was light. It is characteristic of markets which have found a balance to trade sideways until a breakout occurs. All we can do in these circumstances is bide one’s time, and bulls will look to add on the dips and bears to sell on the rallies.

Buying appears to have revived in Asian markets, with prices firmer overnight, only to be sold down in US trading. This is partially confirmed by Asian ETF sales which are growing again. It is worth noting that the Chinese yuan has risen against the dollar, making gold prices more attractive, reversing the collapse in eastern demand when the gold price ran up to $2,000.

The gold price is closing in on its 55-day moving average, which technicians will expect to lend some support to the price. This is shown in our next chart. 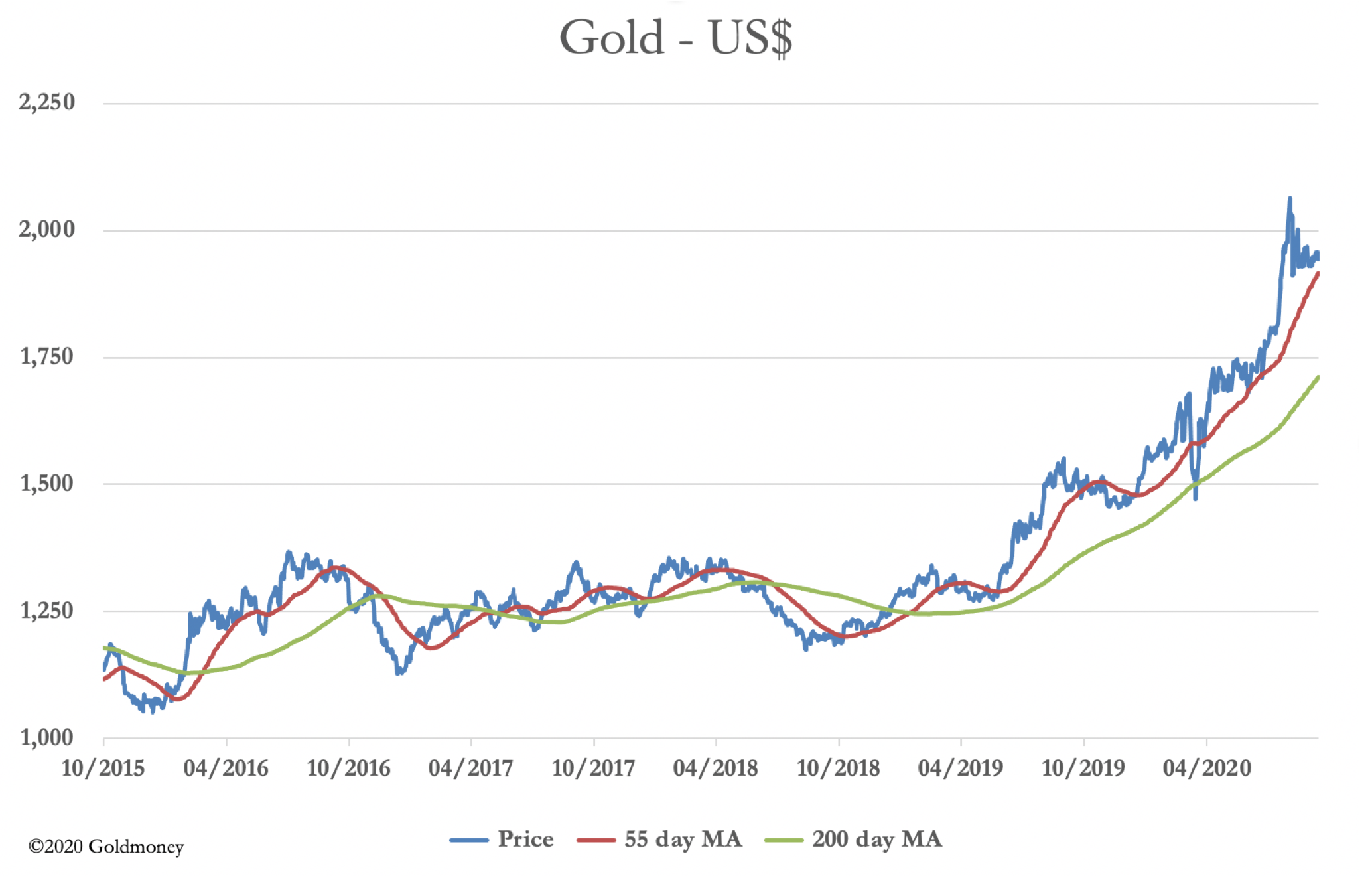 If the $1900 level fails to hold, the next moving average test will be the 200-day, which is currently at $1700. While nothing can be ruled out, economic and monetary events are moving rapidly, suggesting that the next $200 move is likely to be up rather than down.

There is one development worthy of note on Comex, and that is the gradual accumulation of the non-active October contract which over the week saw Open Interest rise by about 600 contracts at a time when one would expect it to wind down in the remaining eight days of trading. Silver’s October contract’s Open Interest has also increased by about 500 contracts. There are two possibilities: either these are spreads matched against other contract maturities, or they are being accumulated with the intention of standing for delivery. The amounts involved are 195 tonnes of gold and 269 tonnes of silver.

This week saw the scheduled 2-day FOMC meeting which concluded with a waiting statement that was widely expected. Earlier expectations of economic recovery were revised upwards. But when money is helicoptered into GDP, measured on a consumption basis nominal GDP will rise to reflect it. And the lagging effect on production is reflected in a statistical rise in savings. Conclusion: print enough money and the initial effect is to conceal economic deterioration.

Meanwhile, Europe and the UK are seeing a resurgence of Covid, leading to partial lockdowns. In the UK, new regulations restricting gatherings to six people have been implemented and one-sixth of the population faces extra restrictions. The reaction of the British government tells us that they fully expect a second devastating wave in the coming months, and ahead of it the situation is already chaotic. This view will be shared at an intergovernmental level, and we can therefore expect a second round of inflation-funded economic support in due course.