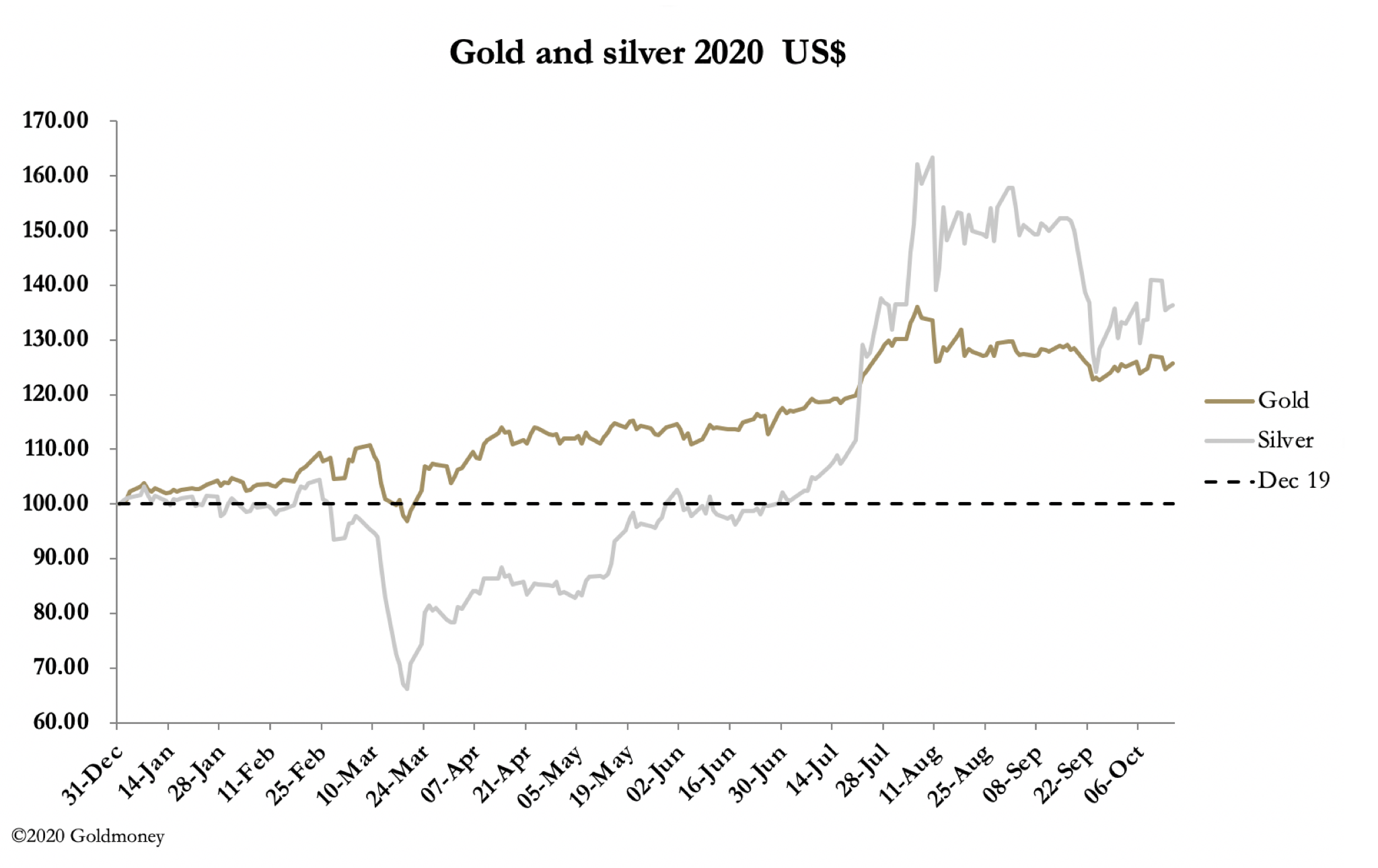 Gold and silver lost most of last Friday’s strong rally during Monday and Tuesday before recovering some of their losses subsequently. In European morning trading today, gold was at $1909, down $20 from last Friday’s close, and silver was at $24.40, down 70 cents on the same timescale.

Meanwhile, covid-19 is resurging again, with local lockdowns emerging all over Europe. According to the WHO dashboard, US cases have now doubled from the 8 September low with 7.8 million confirmed cases and nearly 215,000 deaths. The second stimulus package to deal with it is now being held up by bickering between the two political parties ahead of the presidential election on 3 November. While the politicians are in deadlock, the need for that second package is increasing by the day.

The outcome is obvious — the longer the delay, the larger the package will have to be. But until then, the currency and precious metal markets could become influenced by short-term fears of credit deflation, as worries about the economic effects of the second wave increasingly dominate headlines. This was similar to the situation before 23 March when the Fed went all-in on the first package.

There are differences today, notably with a comforting bull market in equities, despite the world being further down the rabbit hole of an economic slump. Internationally, the very wealthy sees all this as leading to an unstoppable debasement of currencies, which presumably is why they are buying the dips and even taking physical delivery.

This gives the bullion banks an enormous headache, being very short of Comex futures in value terms, and with very little free float of physical gold in London. The table below, which will be updated after hours tonight, illustrates their dilemma.

Note how the Other Reported category dominates the speculator position. The problem for the bullion banks is the managed Money category (hedge funds) is no longer the dominant force in the speculator category, from which in the past the bullion banks have routinely made enormous profits in a repeating pump-and-dump operation. Together with the small traders in the Non-reported category, fully two-thirds of the speculators are now unpredictable — beyond a desire to take delivery instead of just panic selling before expiry.

Our last chart shows the monetary value of the bullion banks’ shorts. In aggregate, they cannot allow prices to go much higher and must have been praying for an opportunity to close their shorts without too much damage. 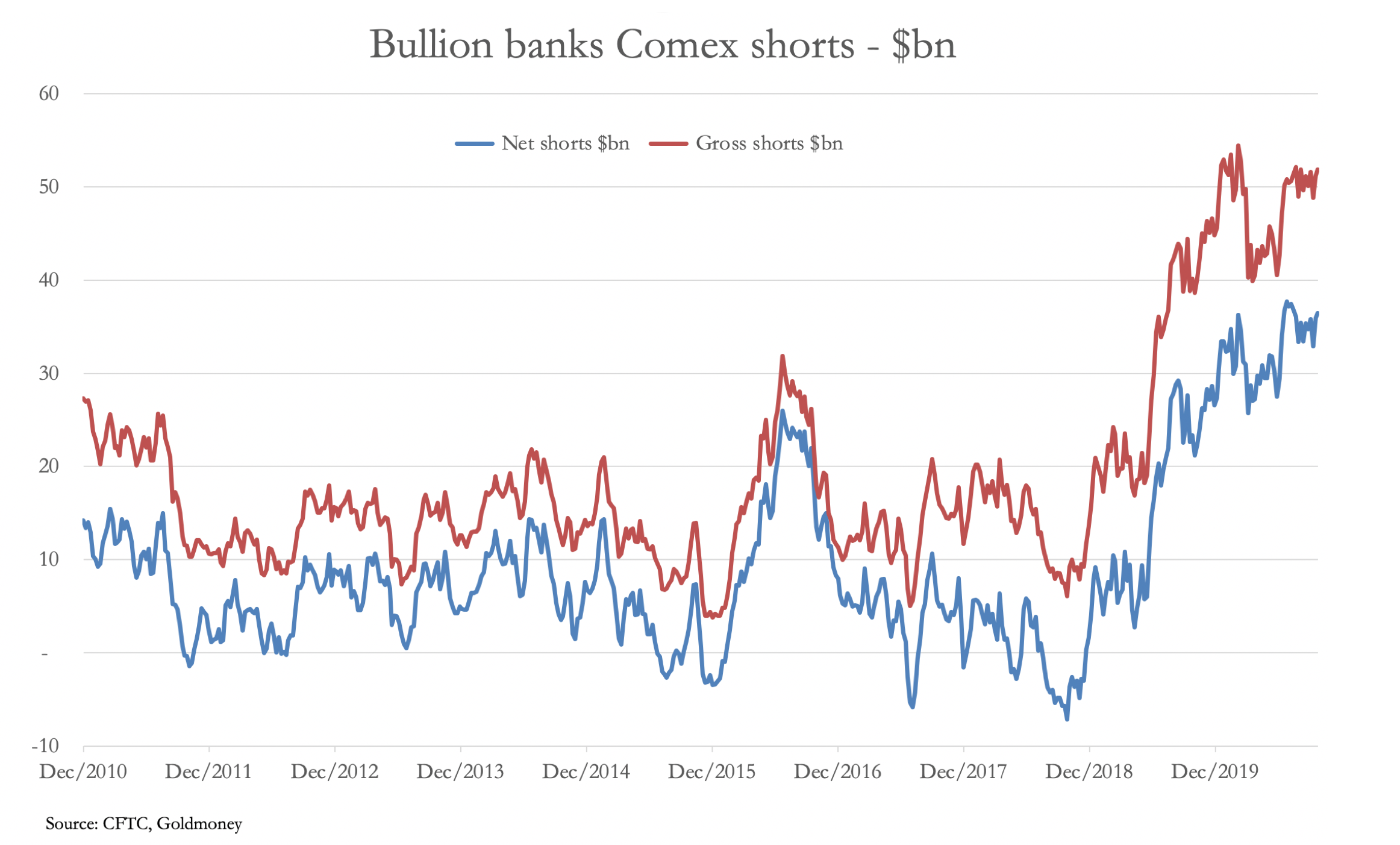 Despite their successful attempt to reduce open interest from close to 800,000 contracts last January to the current level of 550,000, the bullion banks are still near record short in money terms. Their strategy has been to chip away at the remaining hedge fund longs, which since the peak of the gold price has only reduced by 17,000 contracts.

In summary, while Washington is in stasis and trading is on hold, the bullion bank short positions represent a powder keg that could blow up at any moment.