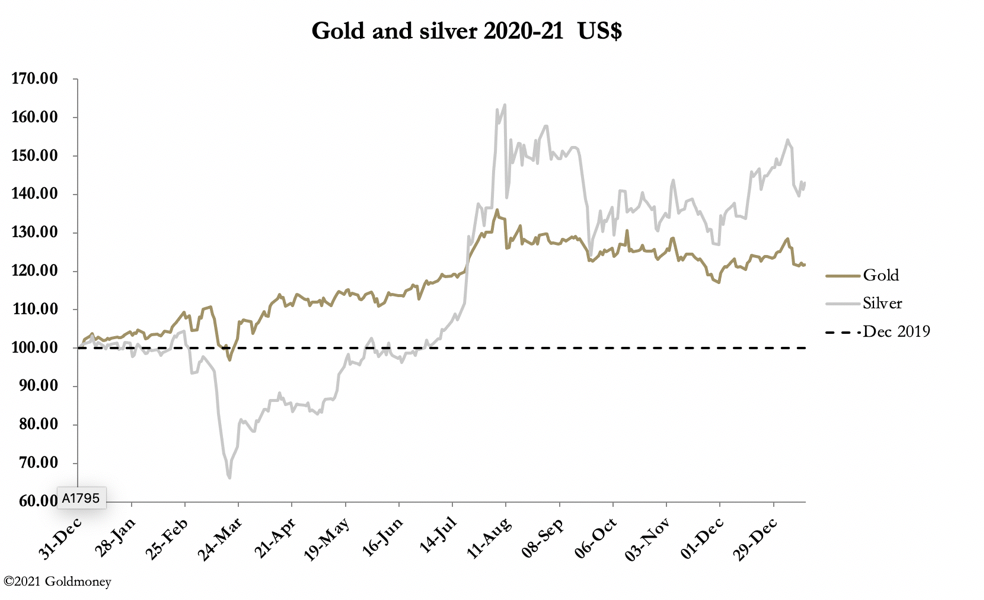 Gold and silver had a quiet week, moving sideways after last Friday’s sudden fall. In morning trade in the European time zone, gold traded at $1854, up $5 from last Friday’s close, and silver at $25.40, unchanged.

Gold and silver, along with everything else, appear to have been waiting for clarification of a way forward. The dollar’s trade-weighted index rallied slightly, with the euro, its main constituent, falling from its recent high on 6 January of 1.235 to 1.214 currently. Cryptos had a significant shake-out, with bitcoin falling $12,000 from its 8 January high at one point, recovering from its Monday low to $38,200 at the time of writing.

Yesterday, some clarification arrived with the new Biden administration announcing its American Rescue Plan, aimed at sustaining families until vaccines are widely distributed. At $1.9 trillion, it is roughly double the amount some analysts expected. The Keynesian response is positive, with JPMorgan’s James Sullivan, head of research for Asia (ex-Japan) in an interview for CNBC even proclaiming it will reverse recent foreign exchange flows from Asia, leading to a stronger dollar. While this analysis ignores the inflationary destruction of the dollar, for precious metals prices it cannot be ruled out.

But the new administration’s rescue package is unlikely to stop there. The US has suffered 20% of total covid deaths, and 25% of global infections are in America. Furthermore, new strains are being identified which are more infectious. The point is that Biden’s rescue package is just that, and not an economic stimulus: that comes later.

At times like this, mainstream Keynesian assumptions often depress gold and silver prices initially, before the inflationary reality kicks in. We can expect the bullion banks, who are desperately short of Comex contracts, to promote similar orthodoxies in the hope of lower bullion prices. Our next chart shows how their net short position has remained stubbornly obdurate. Note: the Swaps category represents bullion bank trading desks. 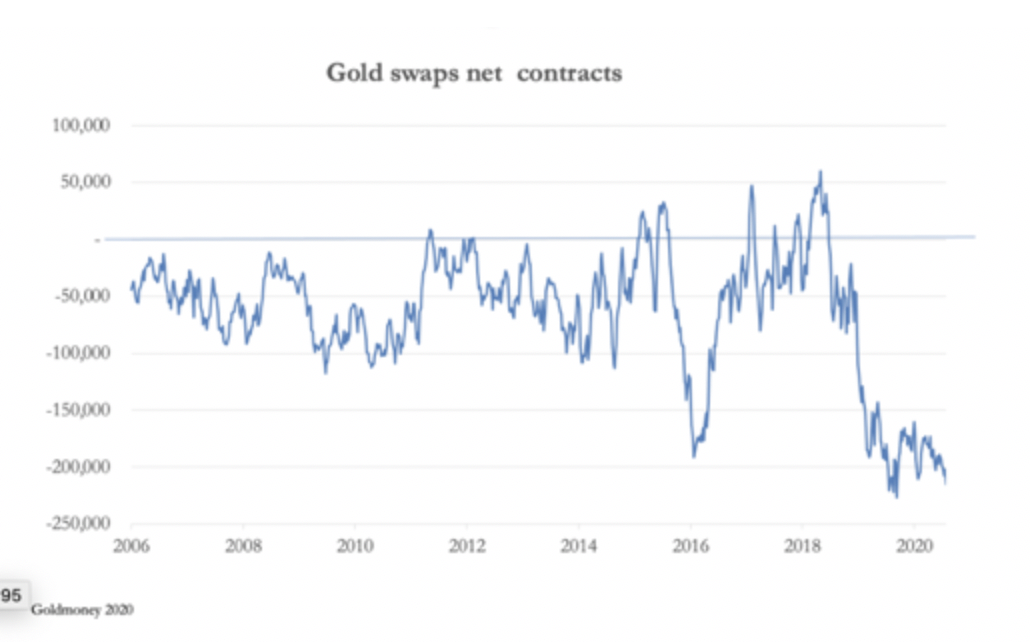 Bearing in mind that the gold price has been falling for nearly six months, you would have thought the bullion banks would have been able to close much of their short positions. But that won’t stop them trying. Furthermore, the February active contract expires at the end of the month, giving them an opportunity to drive prices lower.

There is no certainty they will succeed. But they are also likely to invoke rising interest rate as evidence in their quest. Our next chart shows how US Treasury yields have turned higher. 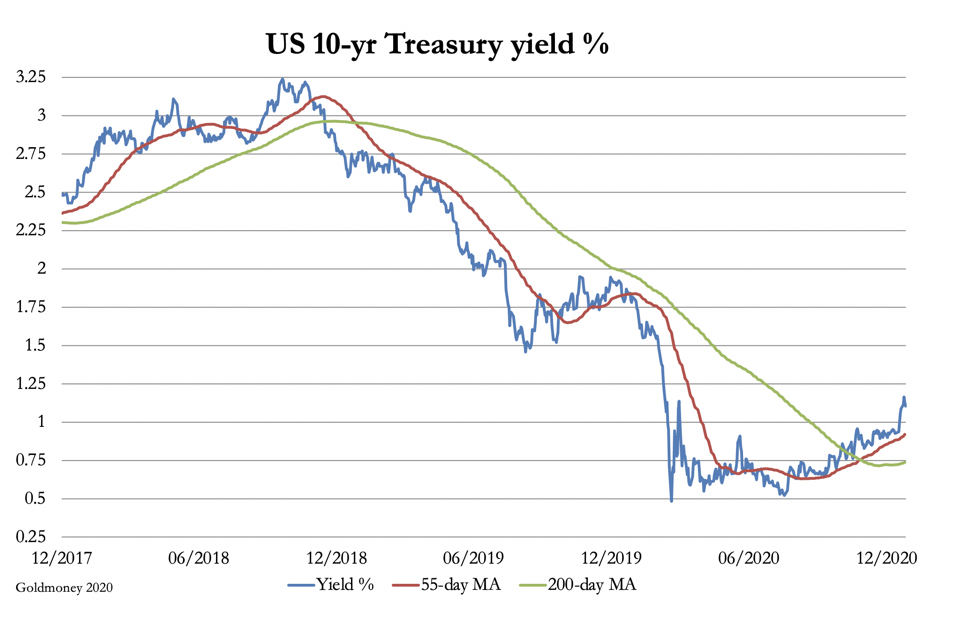 There can be little doubt higher bond yields are conventionally seen as a headwind for gold investors, who are going to have to stomach further rises in bond yields. But what they should bear in mind is that in August 1970, when President Nixon demonetised gold, the gold price was just under $36 and the Fed funds rate 6.6%. At the end of the decade, the Fed funds rate stood at 19%. Was gold lower as a result of interest rate policy? No: it rose to $850 in January 1980, 23 times the rate when Nixon closed the gold window.

The secret is to understand that gold is not an investment, but sound money, where different parameters apply.