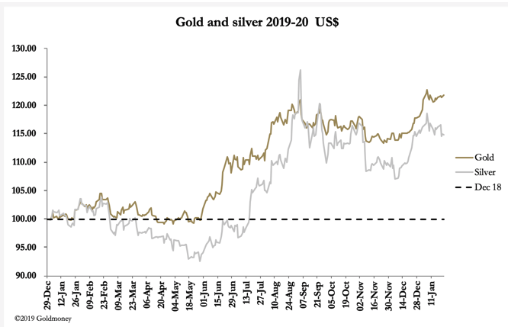 Gold and silver continued to move sideways this week in a narrow range. Monday was a public holiday in the US, which seems to have set the quiet tone. In European trade this morning, gold traded at $1561, unchanged from last Friday’s close. Over the same timeframe, silver lost 15 cents to $17.85.

The trading pattern appears to have returned to moderate weakness during European hours, and a firming later in New York. This suggests that despite near-record net longs, US hedge funds are not selling. Instead, it feels like a bear squeeze is putting continual pressure on the Comex shorts, predominantly the bullion banks.

There appears to be a split emerging, with the large four traders only moderately short between them on Comex, as shown in our next chart. 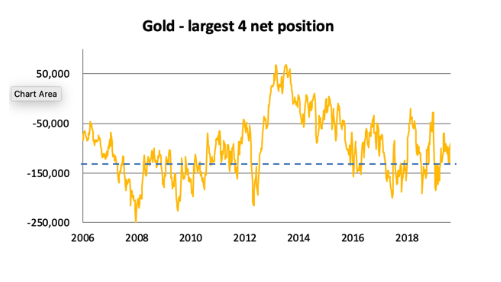 The pecked line is the average position over time, which we can take as the neutral overbought/oversold level. This is where the large four’s positions average out. It could be that there is one long in there, distorting the figures. But overall, the big banks appear to be staying out of trouble in a generally bullish market.

This contrasts sharply with the position of the next four, shown below. 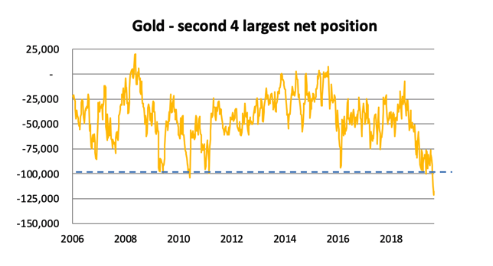 In this chart, the pecked line marks the maximum oversold level seen before the recent explosion in open interest, which has taken this group of traders deep into record short territory.

Of course, not all four traders in this group will be similarly exposed. That being the case, the chart indicates that on Comex, at least, one or possibly two traders could be in trouble. We cannot know their positions in London, or whether they have bought out-of-the-money put options to cap potential losses. But unless the gold price can be managed lower, it appears likely systemic issues may emerge in the paper gold markets.

Gold’s technical position look very strong, which is our next chart. 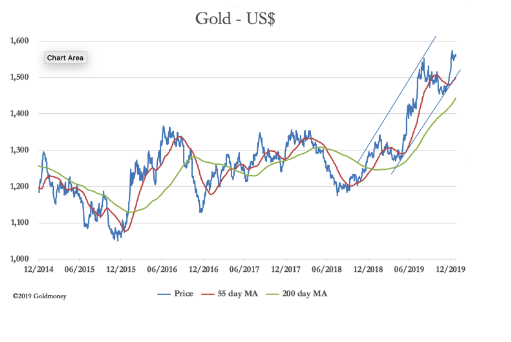 The channel between the two trend lines, coupled with strongly rising moving averages suggest a minimum target of $1630, with the possibility of exceeding it by a good margin. Those traders being short and looking at the charts should be worried.

The fundamental background is looking increasingly inflationary in the monetary sense. Economic indicators are pointing to economies tipping into recession. It being an election year, President Trump is now promising tax cuts to be revealed shortly. These will add to the budget deficit, which combined with the unexpected recession will mean that at least $1.5 trillion of new Treasuries will be issued over the next twelve months. The foreigners won’t be buying, nor will new savers magically appear. It will be print, print, print.

This column has been warning of a developing debt trap likely to ruin US Government finances with negative implications for the dollar, and the increasing risk of default chasing money into gold. There is no sign of it yet, but it is becoming increasingly obvious that this is where the US economy and the dollar are headed.