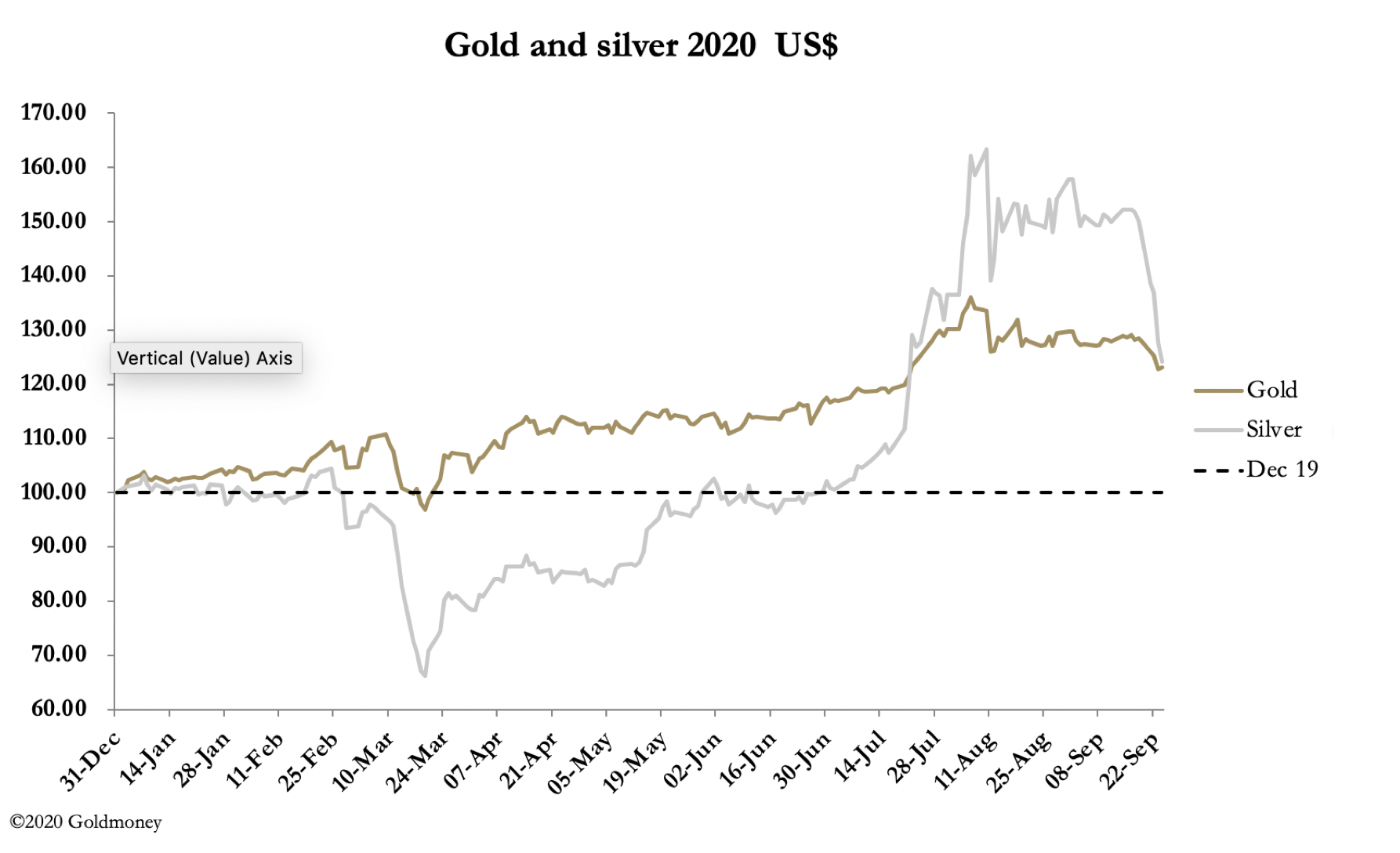 This week saw heavy falls for precious metals, with gold losing $79 from last Friday’s close to trade at $1871 in early morning UK time today, and silver was hammered $3.65 to $23.14 over the same period.

Gold has crashed through its 55-day moving average, as the next chart illustrates. 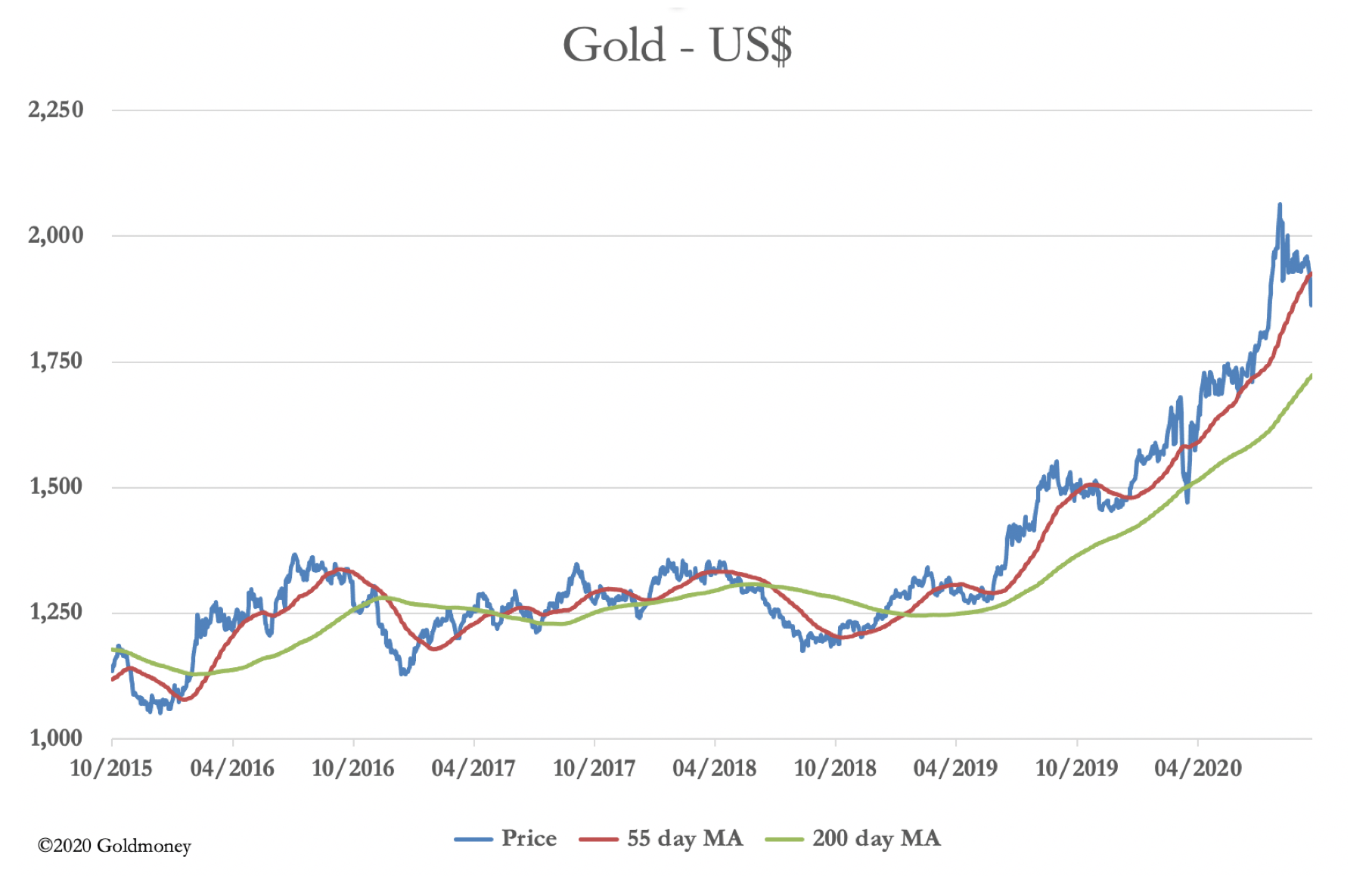 Technical analysts were waiting to see whether the pattern since early-August was a flag or a three-legged correction; what followers of Elliott waves would term an A-B-C, with the C-leg in a Fibonacci proportion to the A-leg. It looks like the Elliott wavers have it. In any event, the bears are in charge this week.

Times like these are uncomfortable for ordinary investors. But they will be less so for those whose interest is in hoarding some sound money against the day when fiat currencies issued by the state fail, because day-to-day markets are irrelevant.

The chances of a fiat failure rose significantly last March, which have driven the dollar down against other currencies and also measured by commodity prices. This has fundamentally altered the views of the more prescient analysts in the major banks offering investment services. And for the management of these banks, many of which have gold and silver trading desks, tolerating short positions in precious metals is no longer tenable.

With that in mind, we regard the market position in Comex, shown in the table below.

The table is derived from the latest available Commitment of Traders report (which will be updated tonight) when the gold price was $1953. The spread positions — when one contract arbitrages against another with a different maturity — are taken out leaving just the open positions. We can see that the Swaps (bullion bank trading desks) increased their net short position by 3,382 contracts, going in a different direction from what senior management undoubtedly desires. The increase was from the Managed Money category (hedge funds) taking them at 111,098 contracts long to an average of their position for the last ten years. The bullion banks cannot afford their short position to deteriorate from here.

Fortunately, or by design, events moved in their favour. The dollar trade weighted showed some recovery and equities had a torrid week, evidence of fears of deflation returning to the fiat community, probably a response to a second covid wave. Instead of selling dollars to buy gold, at the margin the hedge funds began to sell gold to buy dollars. And of course, this has suited the bullion banks mightily.

The action in markets this week bears a close resemblance to the early-March sell-off, when equities, gold and silver along with commodities generally fell heavily on deflation fears. The Fed then intervened, cutting the funds rate to 0% on 16 March followed by a promise of unlimited inflation on 23 March, which rekindled asset price inflation and drove gold into new high ground.

We can be certain that the Fed will reaffirm their inflation mandate, which is very likely to drive gold and silver sharply higher, just as it did in late March. The bullion banks are aware of this danger, so they will rush to close their shorts, whatever happens.