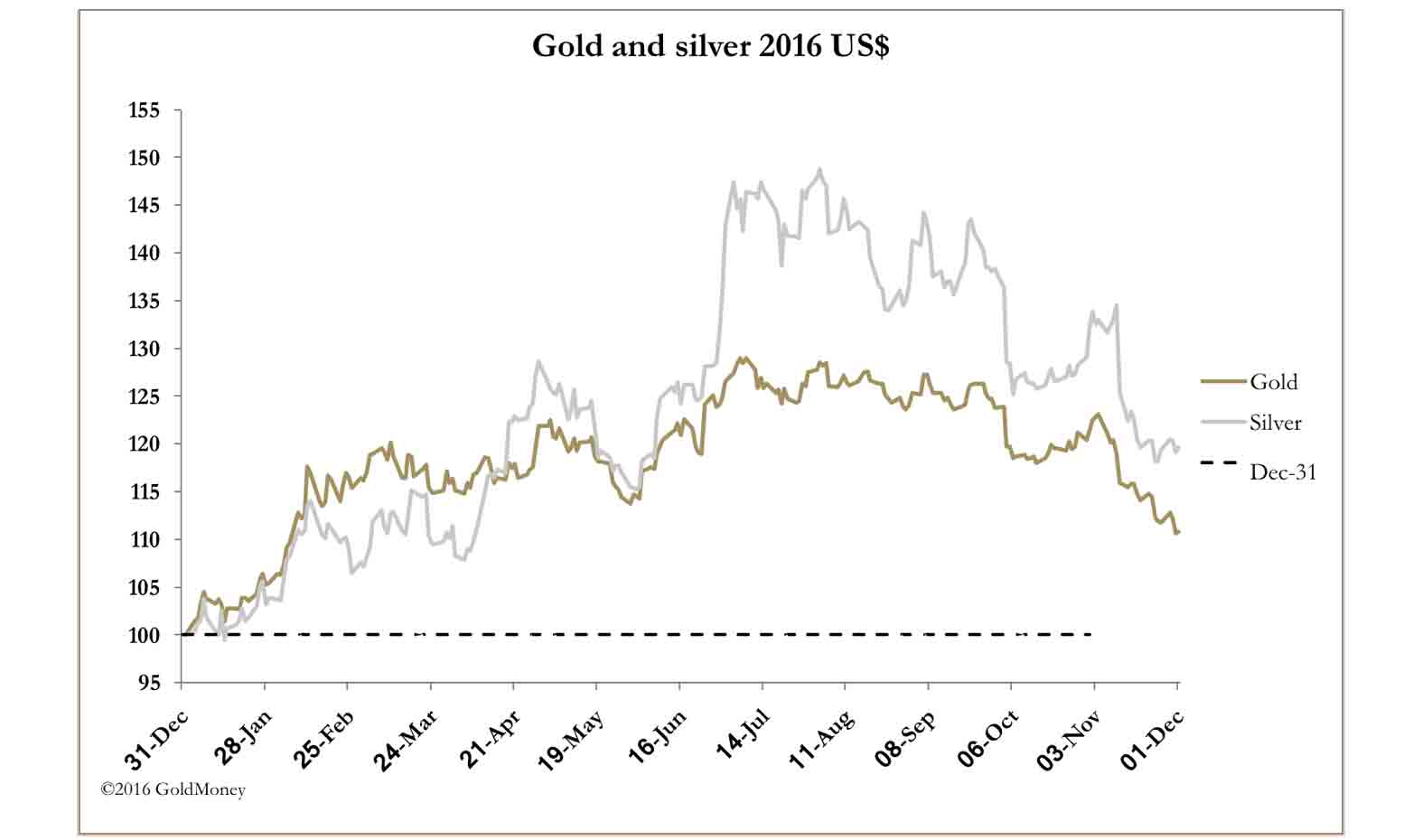 Gold and silver traded modestly lower this week in the face of a strong dollar. The strains faced in currency markets are extreme, building up to a crisis, particularly for the euro. More on this below.

Gold, as of morning trading in Europe, lost a further $13 over the week, and silver $0.14. The technical bears are out in force, making up stories forecasting the death of gold and silver, based on the following chart. 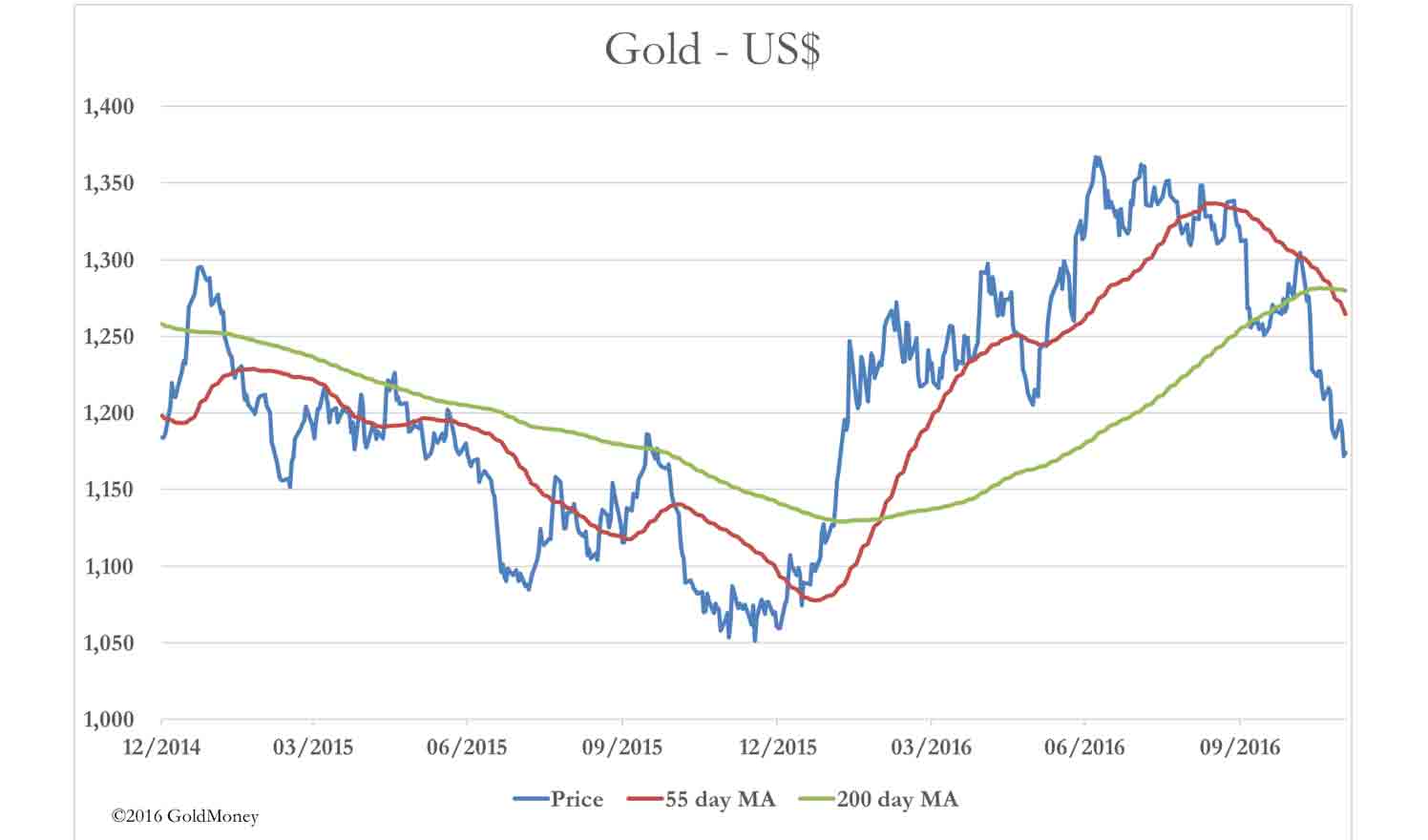 This is a bear’s delight, with a death cross of the two most followed moving averages, and the gold price seemingly sliding into oblivion. Articles predicting lower prices still predominate, but the pace of the fall has in fact slowed. There are good reasons for this, which are illustrated in the next chart.

Gold’s open interest on Comex has collapsed from a peak close to 660,000 contracts to about 400,000. This represents the destruction of paper gold equivalent to 800 tonnes. It’s a similar story for silver, destroying the equivalent of 10,000 tonnes. The losers are the speculators, and the winners are the bullion banks. We can dismiss the speculators as ephemeral dealers, but it’s worth seeing things from the bullion banks’ point of view to understand their motivations.

They will have made good money this year in ideal trading conditions. Our headline chart shows that 2016 has been characterised as a bull market in precious metals, which for a market maker guarantees good trading volumes. Since January, the net rise in prices after the recent fall has been modest, with gold up 11% and silver 20% from highly oversold levels, so the net cost of maintaining short positions has been relatively modest. Now is the time to stock up for the next cycle of wash, rinse, repeat. Accordingly, the market makers have returned to level books.

The speculators always get suckered into providing the establishment with easy money. One day it will all go wrong for the big bullion banks, but their traders will cynically say they are riding a well-established wave of optimism/pessimism which never fails. And if it does, their banks are too big to fail anyway, so they will be bailed out. True.

The opening paragraph of this report mentions a looming currency crisis. On December 4th, the Italian referendum looks like it will go against the government. Latest polls suggest those rejecting it lead supporters by 7%. If it turns out to be more than this, the reaction in the markets could be immediately negative for the euro and Eurozone government bonds. If the government loses by somewhat less than the margins already discounted, there could be a brief relief rally for both.  A win for the government, the least likely scenario, should be good for the euro and Eurozone bonds. It would also be good for gold, because the dollar’s trade-weighted index would fall, reflecting the euro’s strength.

Let’s just pick that nonsense apart. If the status quo in Europe gets an unexpected boost from the Italian referendum, gold will rise. But gold should fall if there’s a lessening perception of risk. It just goes to show how crazy markets have become.