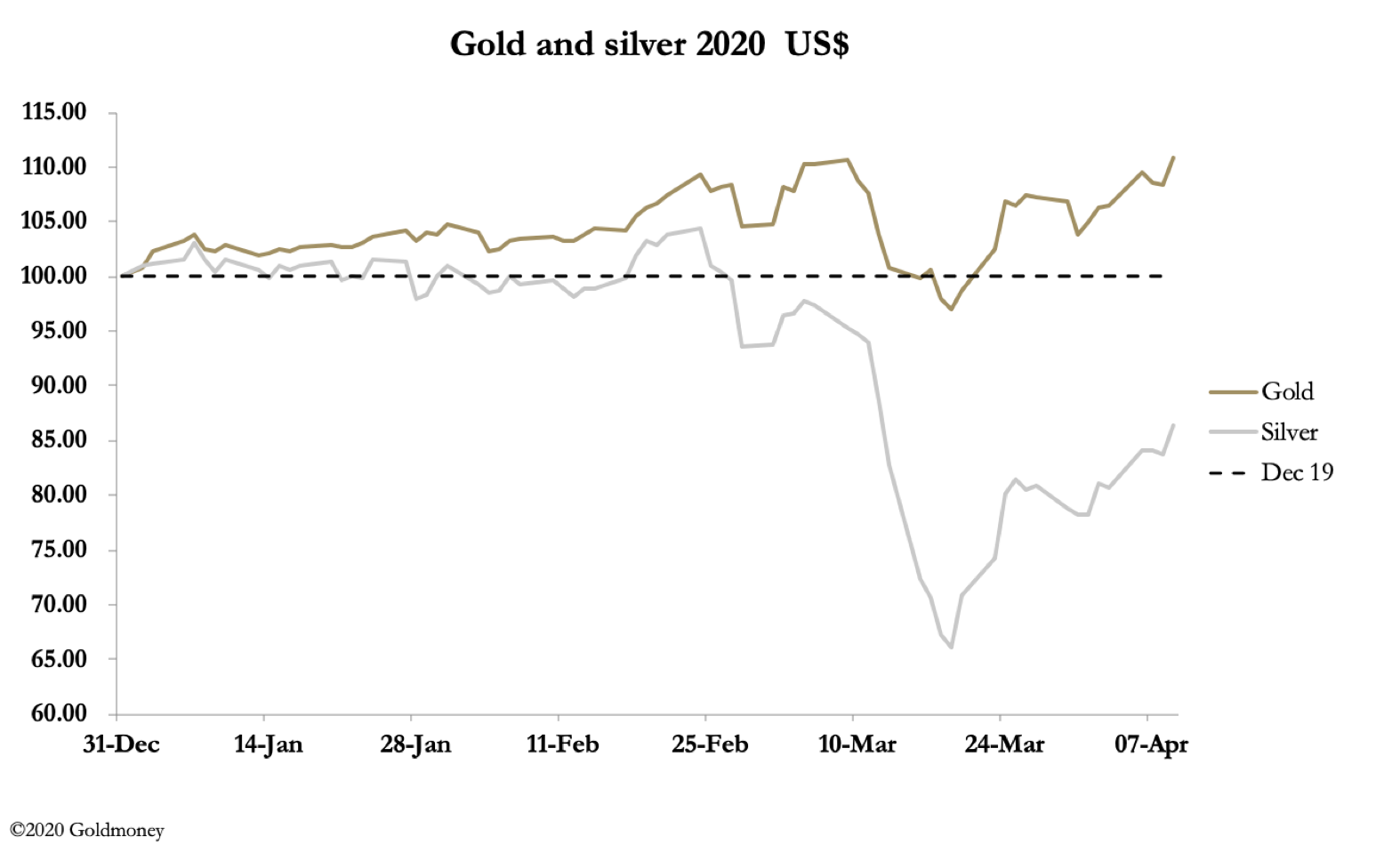 Ahead of the Easter break it has been an interesting week for precious metals. Gold rose $55 from last Friday’s close to $1681.8 yesterday, the highest closing level since 2012. Silver rose a dollar on the week to close last night at $15.40.

Bullion banks had a very tough week, with the exchange for physical gateway between Comex and London having broken down. When EFPs work properly, there is rarely more than a $2 difference between Comex and London, but that has blown out leaving the active Comex June contract trading $60 above spot. This could turn into a disaster for Comex, because spreads like that indicate that increasing numbers of longs are likely to stand for delivery, given the lack of bullion available elsewhere at almost any price.

There is a similar position in silver, with the active May contract trading 52 cents above spot. Given that this contract has less than three weeks to run, the squeeze on silver is probably more urgent, and market traders will be watching developments in this contract closely.

With every central bank committed to printing money ad infinitum, highly leveraged paper markets were bound to face a crisis. It is not, as the LBMA and Comex would have you believe, just a delivery glitch with key refiners, mines and logistics shut or restricted, leading to a temporary shortage of physical bullion. Certainly, these difficulties are there and have helped expose the dangers of a highly geared paper market that controls gold and silver prices by expanding infinitely to absorb demand. It is the debauchment of paper currencies that is now the problem.

Consequently, no one knows the real prices of gold and silver in physical markets where prices are indicative, and dealers are finding them “bid only”. It is the worst outcome for bullion banks who are caught short. Our next chart shows the position of swaps (bullion bank traders) from the last available COT report, which is for 31 March. 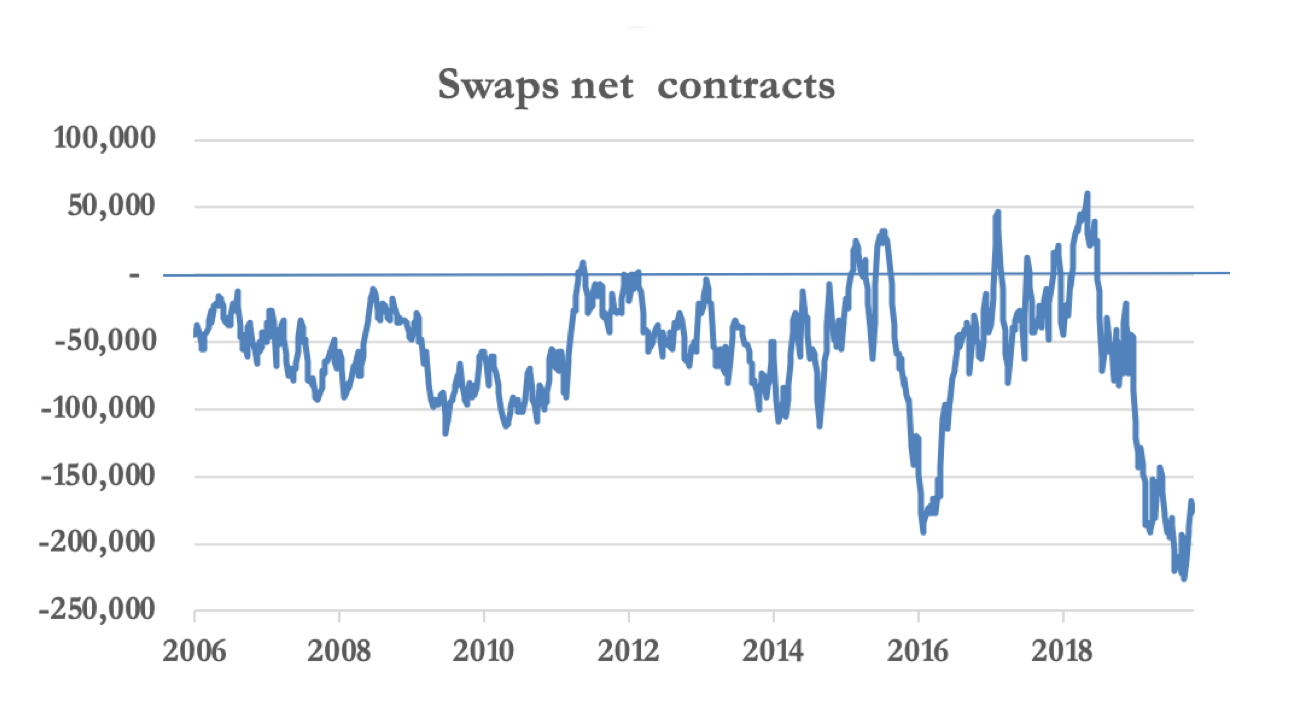 Normally, swap dealers run short positions, and only go long when gold is very oversold. Clearly, they are in an impossible position, which explains why the LBMA and Comex are desperately trying to defuse the situation.

In an attempt to do so and to replace the broken EFP channel Comex has introduced a new contract against which LBMA 400-ounce bars can be delivered to alleviate shortages in the normal 100 ounce contract. This appears to be little more than an attempt to persuade dealers that the liquidity contained in London vaults is instantly available in New York. But of the 8,000 tonnes plus number touted as liquidity by the LBMA, probably less 1,000 tonnes are actually available, and that surely must be drying up rapidly with the lack of new supply.

The failure of paper markets has escalating dangers, because other than the euro-dollar cross, gold-dollar crosses are probably the largest foreign exchange cross, backstopping the whole monetary system. It cannot be allowed to fail. Expect further measures ahead of the month end to try to stop Comex being forced into crisis, such as steep increases in contract margins.