Market Report: Pausing under the highs 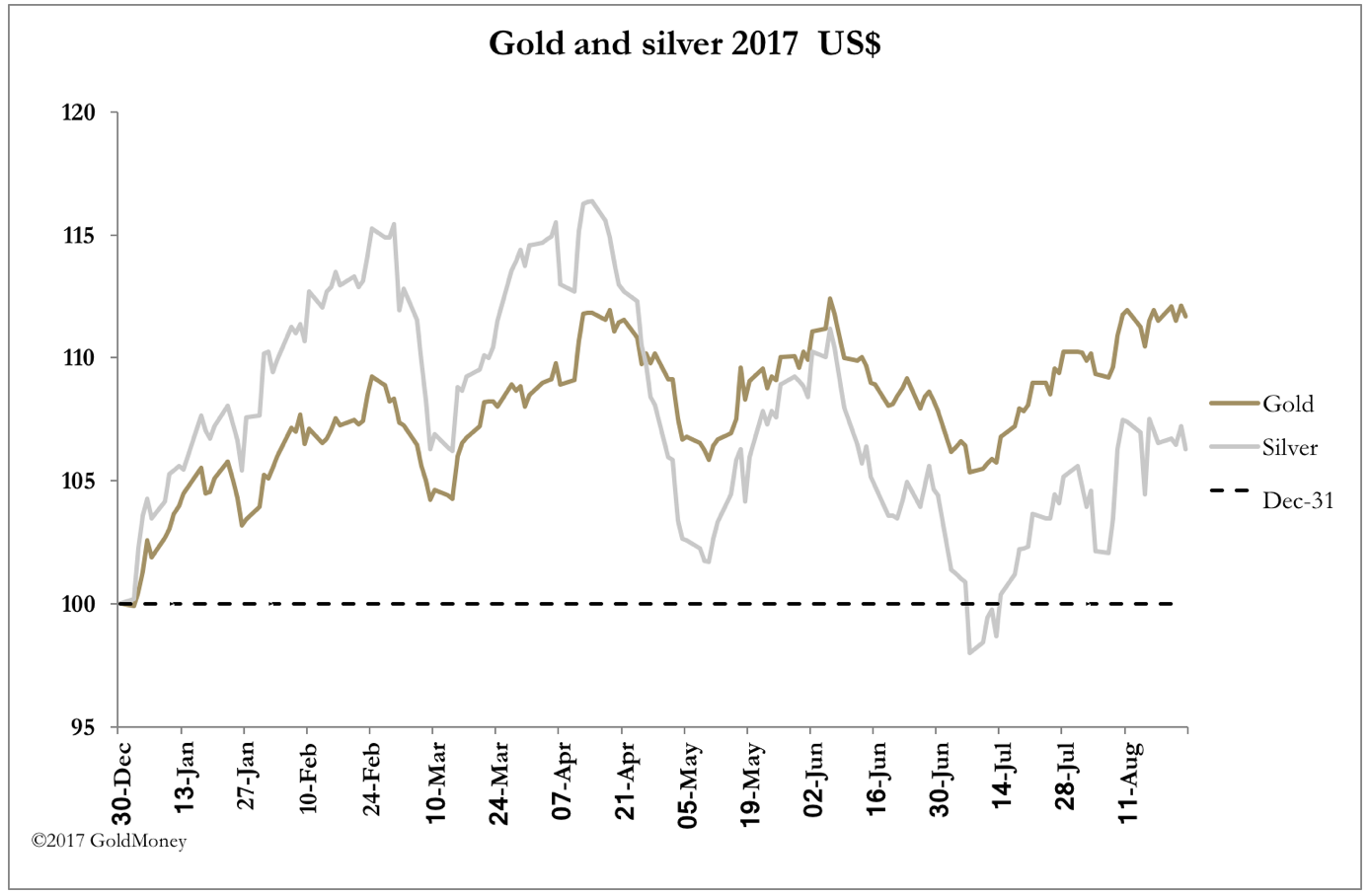 Paper gold on Comex is overbought, but not seriously so. The danger is if gold does move above the $1300 level, it will become very overbought and vulnerable to another unpleasant sell-off. There is some evidence in the open interest numbers that the swaps are closing their longs, rather than opening new shorts to accommodate the speculators. However, OI is now at the highest level since this bull-run commenced. This is illustrated in the next chart.

Silver’s immediate concern is the expiry of the September contract, the last trade date being next Friday. It has been running off the board at a satisfactory rate, but with an estimated 50,562 contracts still to be sold, rolled over to December, or standing for delivery, bullion banks will use any excuse to take out the remaining stops by banging the price.

The other side of the coin is currency. The next chart shows the gold price in the four major currencies. 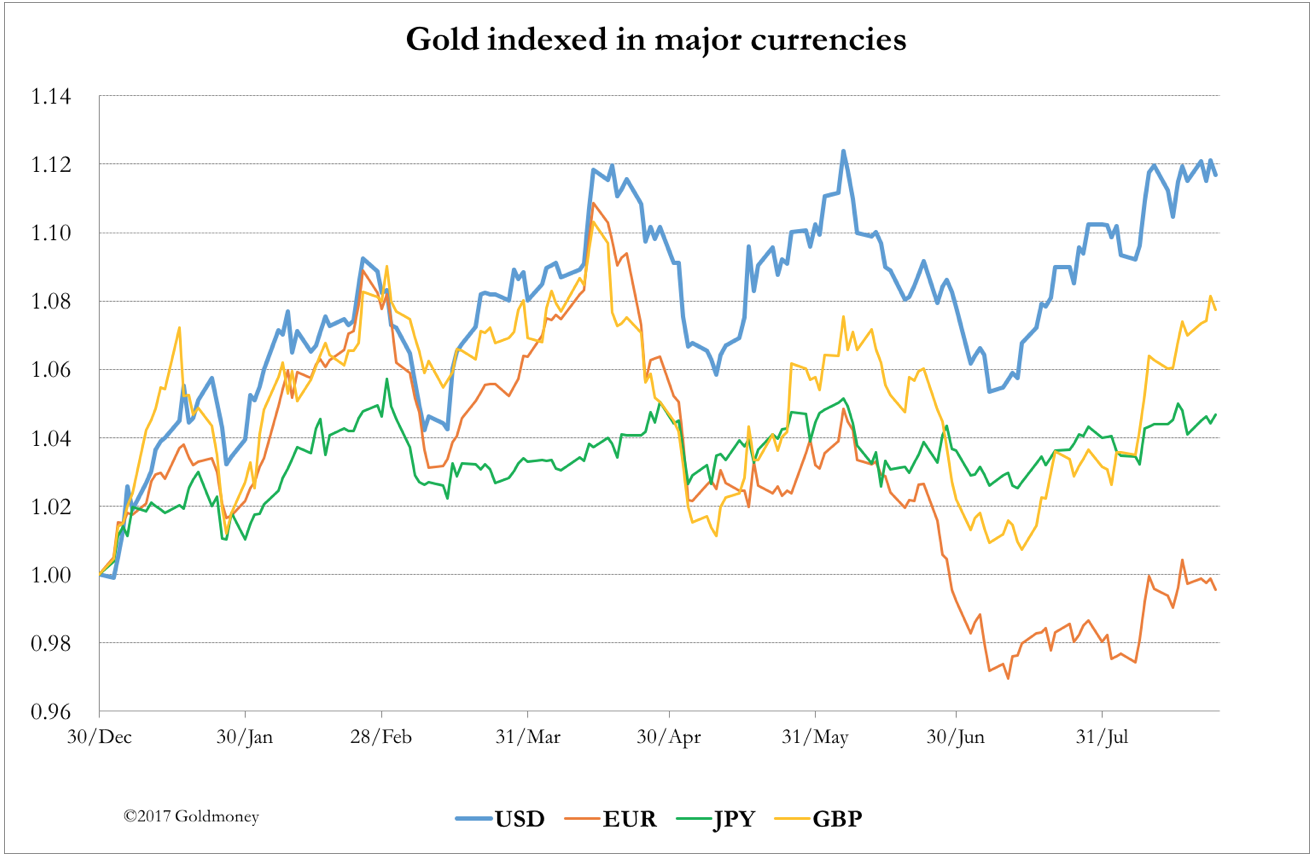 The dollar’s weakness compared with the other currencies, particularly against the euro, is evident. On cross rates, the dollar has lost 12% against the euro this year. Does it have further to go?

This is rather confirming a short term cautious stance on precious metals. Later today sees the start of the annual Jackson Hole Symposium, where both Janet Yellen and Mario Draghi are giving keynote speeches. Commentators and analysts will be dissecting them for evidence of both interest rate policy and the withdrawal of special measures to stimulate their respective economies.

Ms Yellen has already laid out her stall, rising interest rates and a gradual reduction of the Fed’s balance sheet by reducing its bond portfolio. Will she fine-tune these expectations? Draghi is only tapering the ECB’s stimulus, and has yet to signal rising interest rates.

At a guess, the ECB has underestimated the turnaround in the Eurozone’s fortunes, leaving central bank policy badly behind the curve. Draghi should be terminating all QE and looking to raise interest rates. The strength of the euro against the dollar confirms this outlook. Instead, he will probably tone down any change of course, citing inflation targets. But price inflation should be anticipated, not addressed in retrospect.

Ms Yellen also has the problem of a fiscal mess, as the Trump administration tries to raise the debt ceiling. Negotiations start early next month, and will increasingly dominate the headlines.

Next week could be very interesting for gold and silver, to say the least.