Gold and silver continued to rally this week, consolidating after the sharp dip earlier this month. In European morning trade today, gold was priced at $1313, up $10 from last Friday’s close. Silver was up 20 cents to $15.48 on the same time-scale. On Comex, gold and silver contract volumes picked up notably on Wednesday and Thursday. 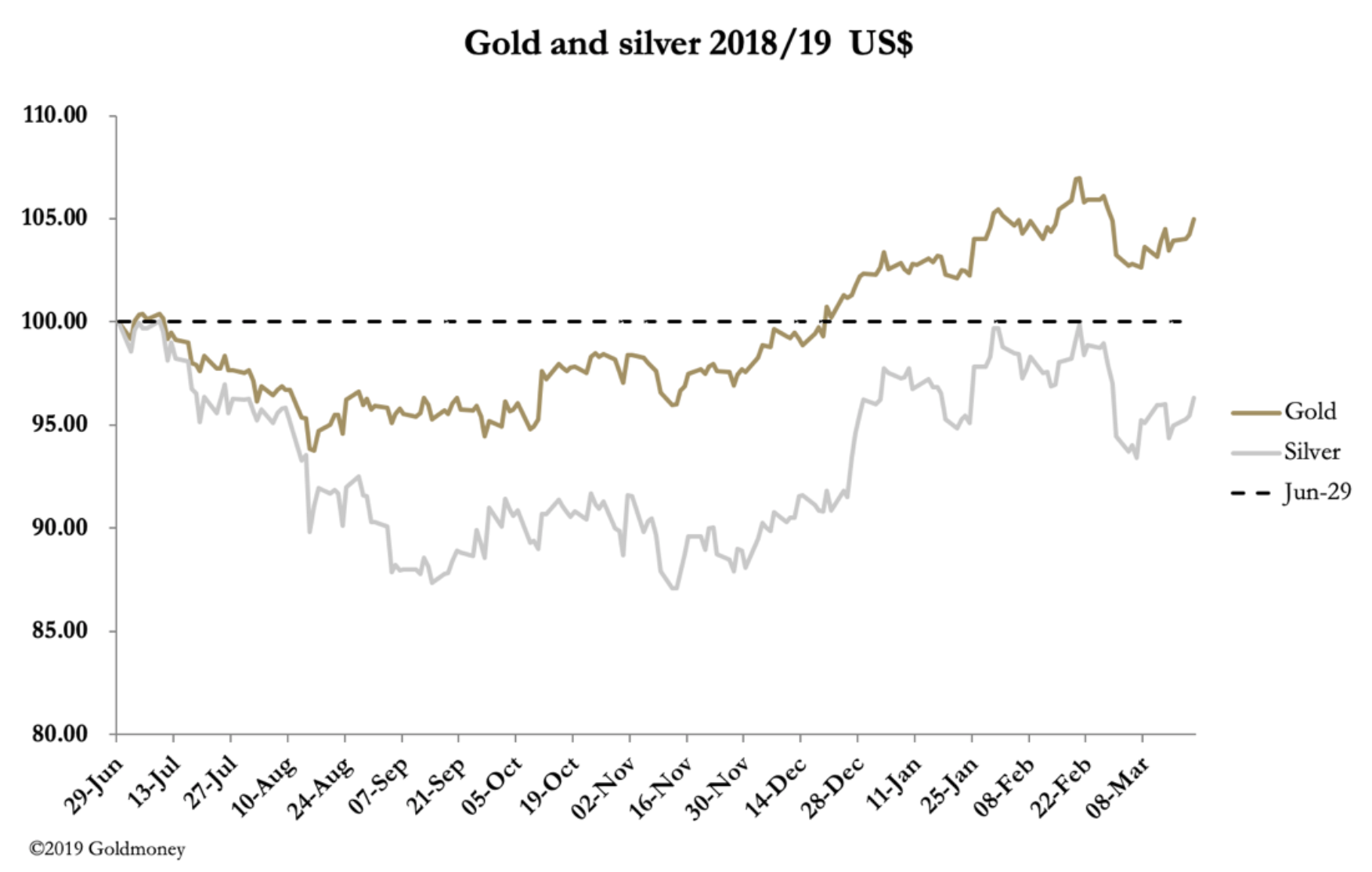 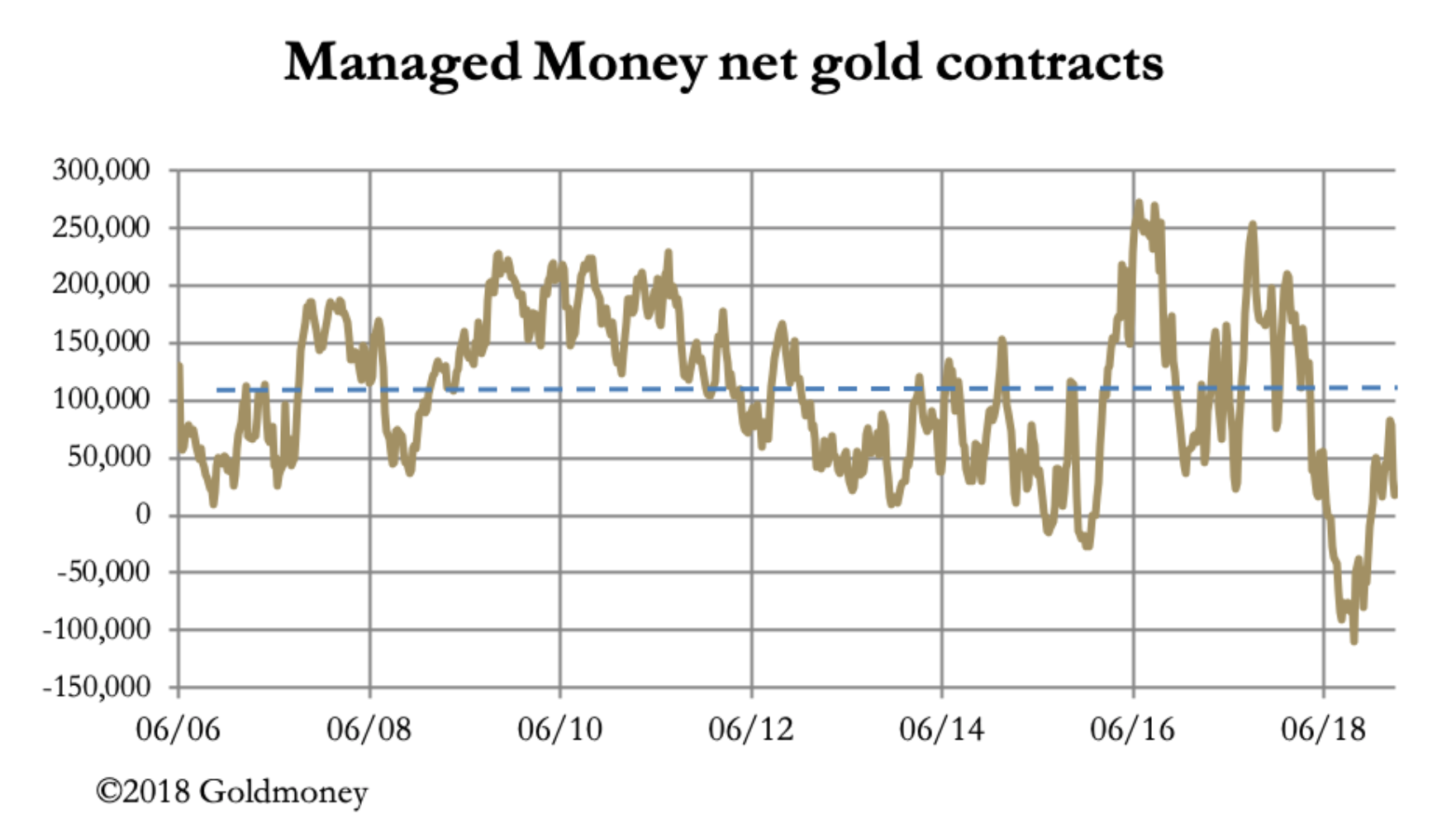 The pecked line is the neutral position. It may not be so oversold today, but more importantly, the April contract is rapidly moving towards expiry, and as of last night there were 181,789 contracts still standing. So far, that has not been a problem, because the Managed Money short positions are significantly higher than average.

The room for bullion bank traders to play games with hapless speculators is effectively limited, at least for the moment. The technical chart is also interpreted by traders as a wait-and-see. This is up next. 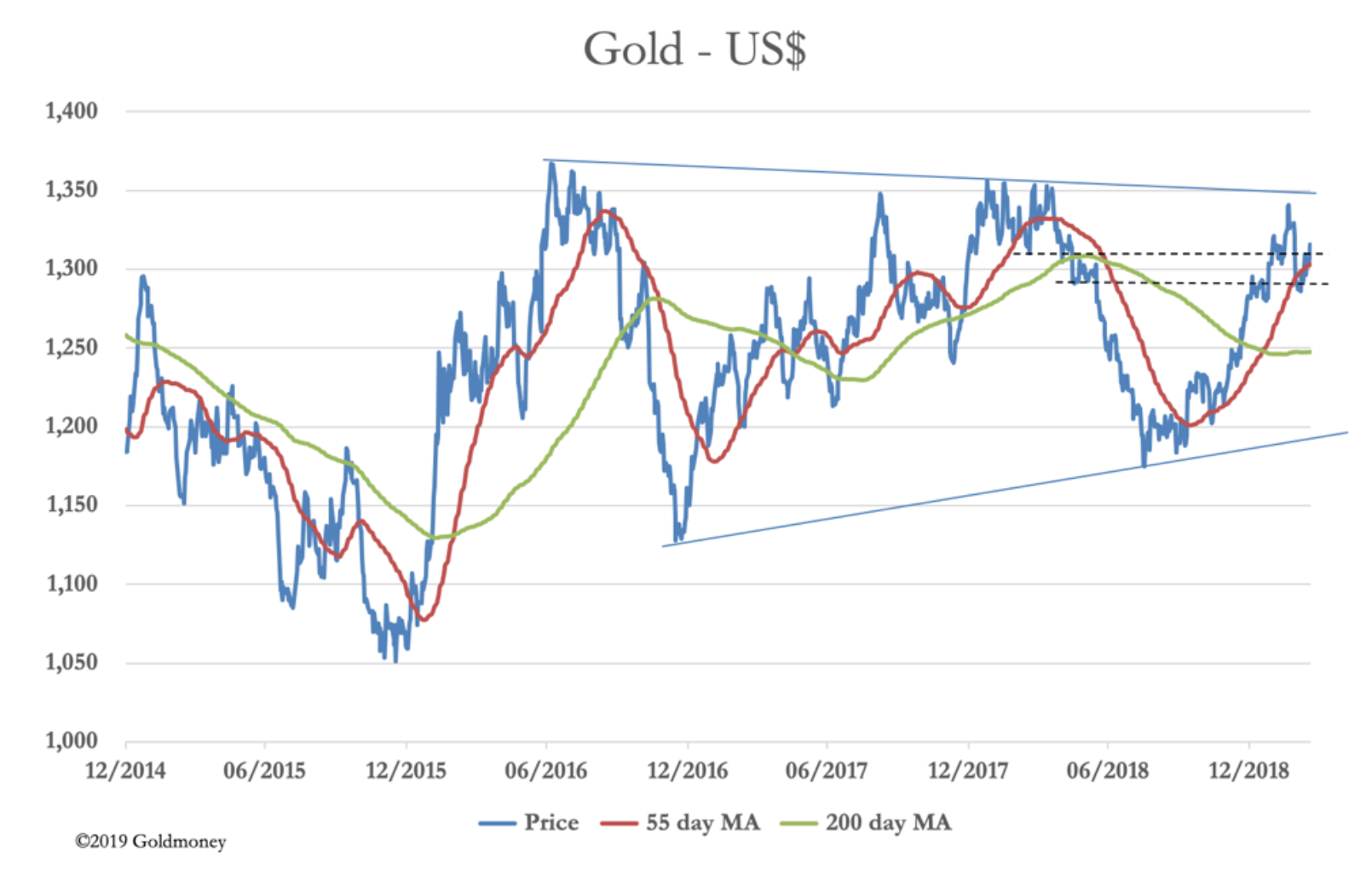 Gold has found support exactly where the chart predicted: between the dotted lines and at the 55-day moving average. The thirty-three-month consolidation is an ascending triangle, with an almost level top line. This is a bullish pattern. The only question remaining is will another sell-off to the lower trend line at $1200 be needed before the triangle is finally broken out of on the upside?

This is why many traders and analysts recommend waiting until it actually breaks convincingly above the $1350-60 level before buying for the next move towards $1400+.

This week saw a more dovish FOMC statement on Wednesday. The Committee changed its view about the state of the labour market from “continues to strengthen” to “remains strong” and on household spending, where “recent indicators point to slower growth”. Interest rates levels will be kept at current levels for the foreseeable future. The language seems to be preparing markets for more of a slow-down.

Not only is gold in a holding pattern, but interest rate policy is as well. The other major central banks are still in stimulatory mode, yet the global economy has more or less stopped growing. This is worrying, because if monetary stimulation no longer works, portfolio managers and hedge funds will be in uncharted territory.

It is still too early for traders to take the view that central banks will increase stimulation, but people are beginning to talk about it, even suggesting that modern monetary theory (basically justifying further massive monetary expansion) will be adopted by the authorities.

We shall see. In other news, Russia announced the addition of a further million ounces (31.1 tonnes) of gold to her reserves in February, taking them to 2,152.36 tonnes. Time for China perhaps to announce a quantum leap in her reserves?