Alternatively, watching paint dry. That's how it has felt this week with gold's volatility slowing to a crawl ahead of Thanksgiving yesterday and the Swiss gold referendum on Monday.

However, Open Interest1 on Comex2 , has suddenly collapsed for both gold and silver, indicating something interesting is going on. 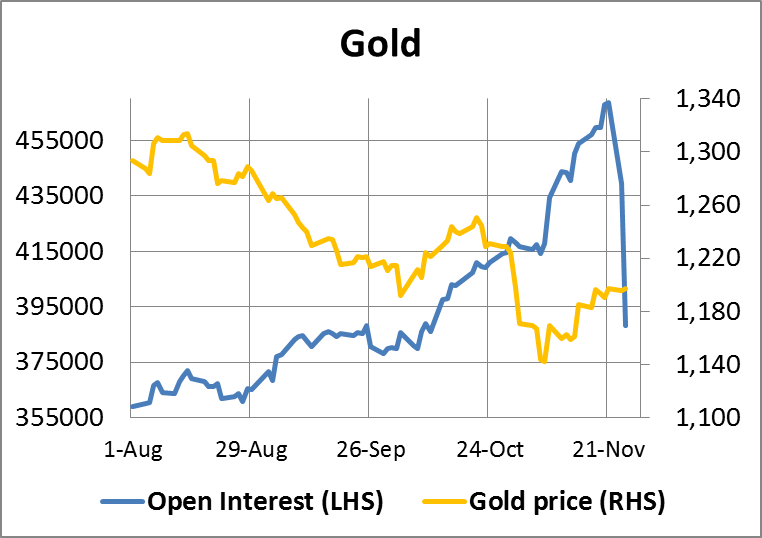 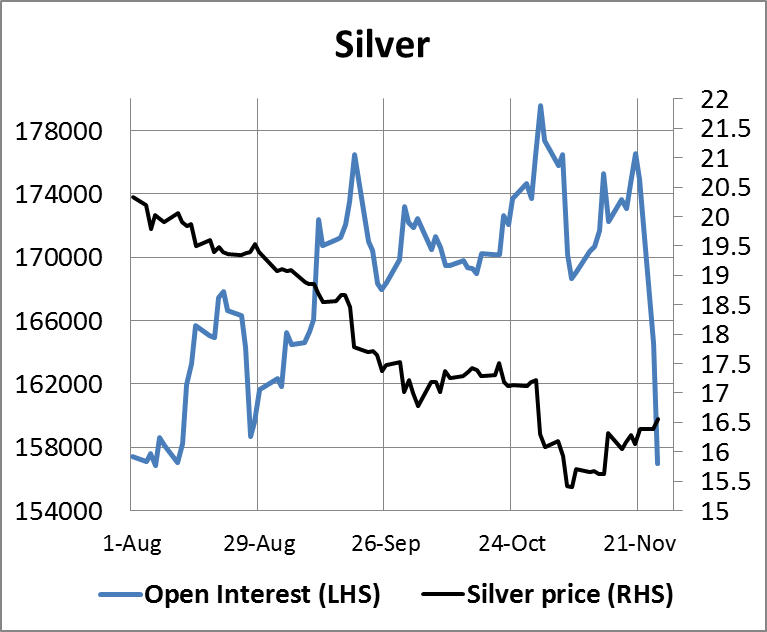 At the same time, the gold forward rate in London (GOFO) has gone sharply negative to -0.4% as shown in the next chart, from the LBMA. 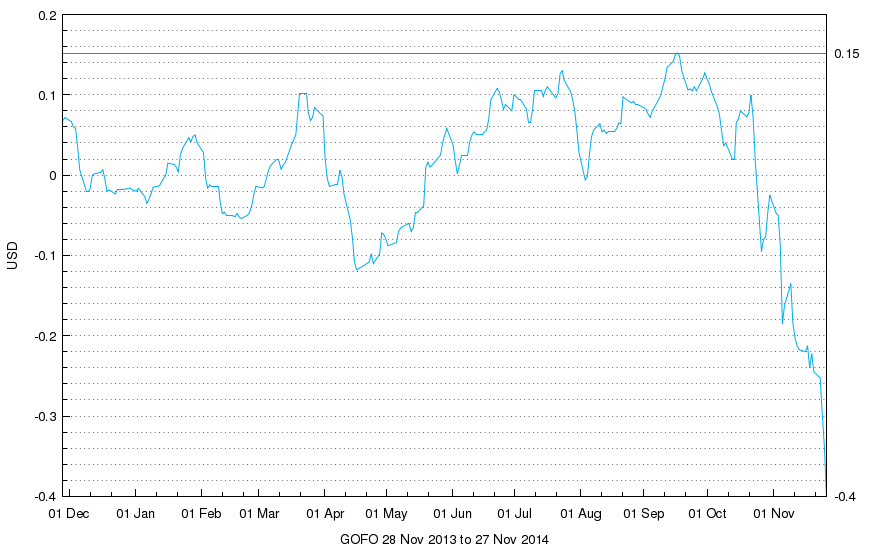 The chart covers the year so far, and it can be seen how the rate has fallen deep into negative territory over the last six weeks. It is now in the largest backwardation3 seen since 9th March 2001 when a sudden bullion shortage appeared to be rapidly resolved, presumably from the Bank of England's vaults (Britain was reducing her gold stock at that time). Before that in September 1999 GOFO had hit record negative territory, after which gold shot up by 20% in a week. In both these previous cases GOFO rates spiked deep into backwardation which was quickly reversed. Today there does not appear to be the liquidity from central banks or anywhere else to resolve the bullion shortage, so goodness knows how it will be resolved this time.

So how does this tie in with the collapse in open interest on Comex? We will have a better idea when we see the Commitment of Traders (COT)report later tonight, but subject to what the COT report reveals, it is most likely to be spread positions being closed, which could have become loss-making due to the unexpected surge in backwardation in the physical market. On 18th November, total spread contracts in gold were 104,445 contracts and in silver 40,580 contracts, which would fit this explanation. Furthermore, the effect on the market has been broadly neutral, which would not have been the case had naked bull or bear positions been liquidated.

Backwardations have been a feature of the physical gold market from time to time this year as the GOFO chart shows, but they have not been as persistent or extreme as they are today. If central banks have withdrawn as liquidity providers, we could be seeing early warning signs of more serious problems developing in the market which would be more difficult to resolve than in the past.

Meanwhile prices traded most of the week around the $1190-1200 level ahead of next Monday's Swiss referendum on gold, though the gold price dipped below this level yesterday afternoon and overnight on a sharp fall in oil prices in the wake of an OPEC meeting.

In other news Holland repatriated 122.5 tonnes of her gold from New York in a move that seems likely to upset Germany, which had booked its position at the head of the queue for gold from the Federal Reserve Bank of New York. And China's public took a further 52.48 tonnes last week, so no wonder GOFO rates are in such serious backwardation.

1 Open interest (also known as open contracts or open commitments) refers to the total number of derivative contracts, like futures and options, that have not been settled in the immediately previous time period for a specific underlying security. A large open interest indicates more activity and liquidity for the contract.[1]

2 Comex US futures market for trading futures and options on futures in a wide range of commodities, currencies and stock indicies including gold, silver, platinum and palladium.

3 Normal backwardation, also sometimes called backwardation, is the market condition wherein the price of a forward or futures contract is trading below the expected spot price at contract maturity.[1]