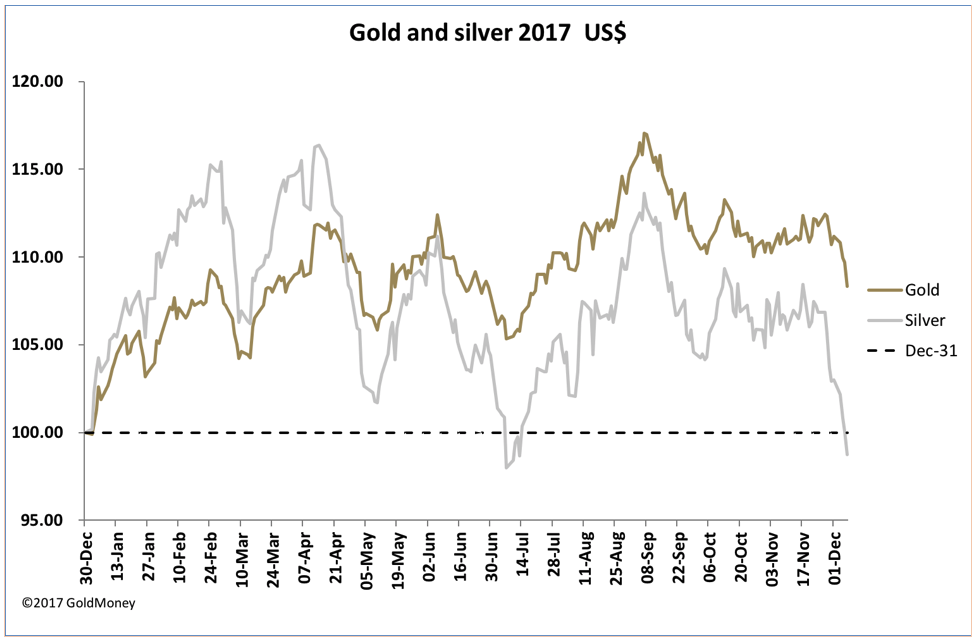 Silver has become heavily oversold. This is best illustrated in the following chart, of the net managed money position as at 20 February. We will get updated figures for last Tuesday after the market closes tonight, but it is unlikely to be materially different. 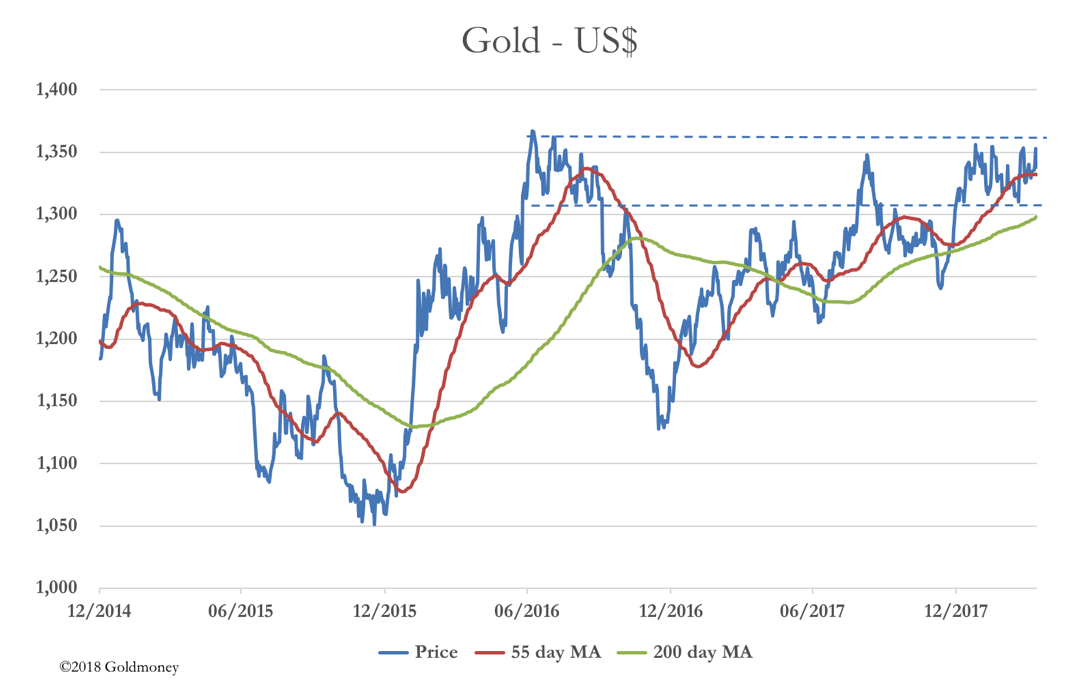 At  net short 16,435 contracts, silver is now the most oversold it has been. This oversold condition has been taken up in its entirety by the swaps category, illustrated below. 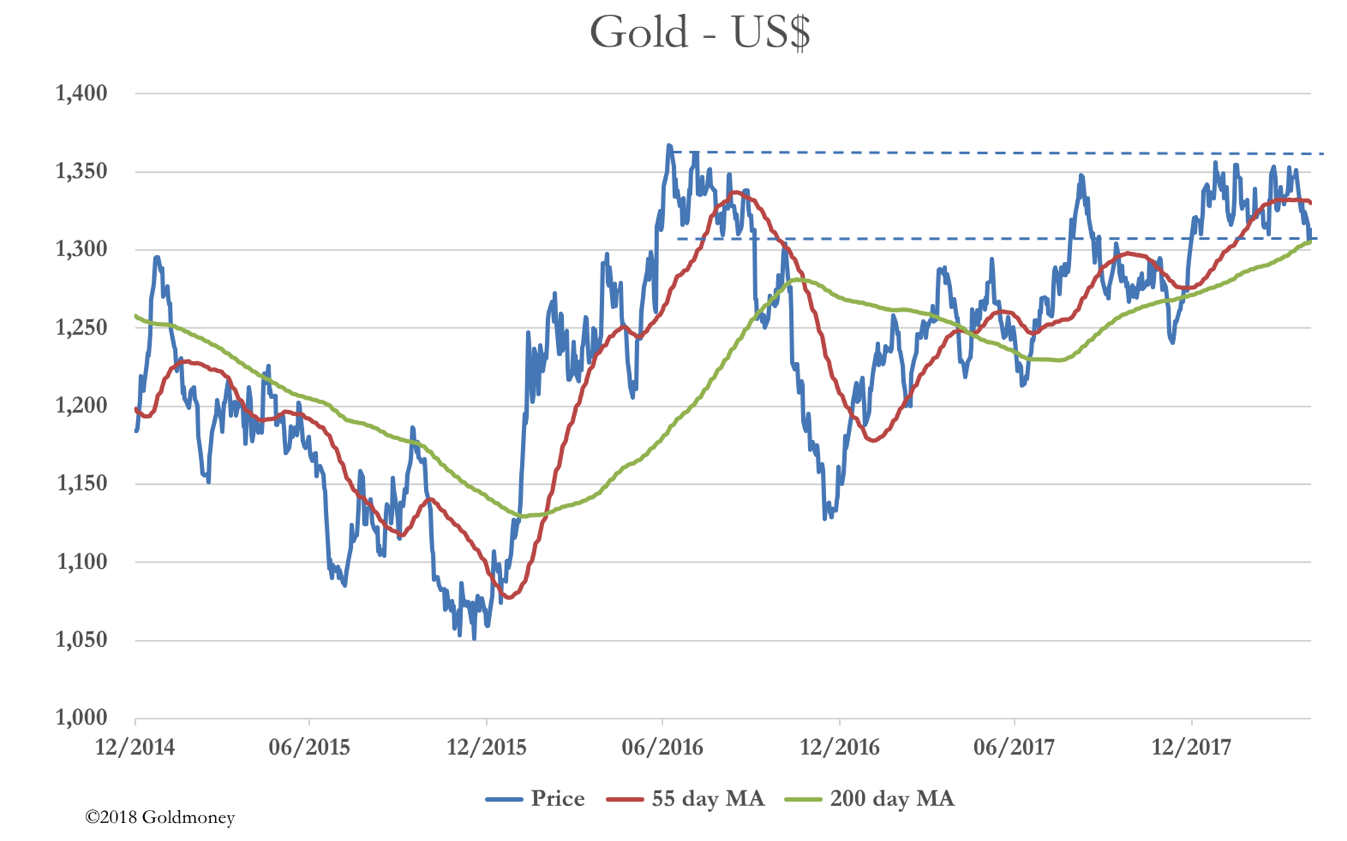 No wonder silver has been badly crushed. Meanwhile, the gold/silver ratio at over 80 is close to record territory, illustrated next. 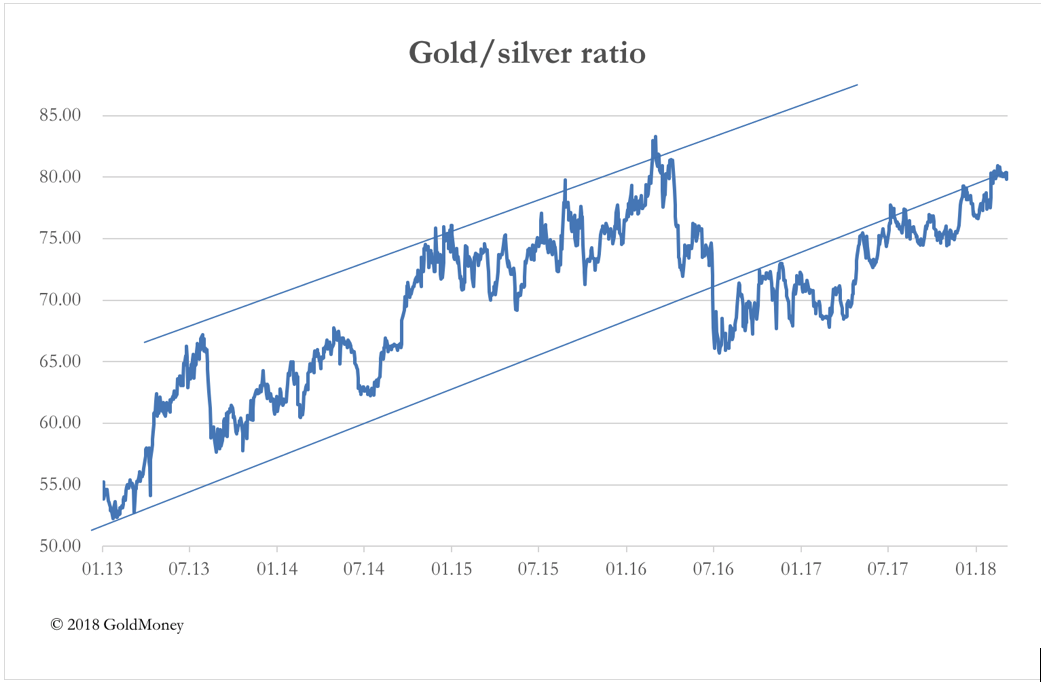 It appears that silver has been driven to these extremes by following the base metals, which have been generally weak over the last month. There has been an accumulation of copper stocks on both Comex and the London Metal Exchange, and other base metals show a similar pattern.

China’s state-owned enterprises, which are the major buyers of base metals, have put their accumulation plans on hold. This is due to the current National Peoples’ Congress, when all plans are suspended pending official confirmation. If so, we can expect China’s demand for base metals and therefore silver to resume very shortly.

Meanwhile, President Trump has announced the introduction of tariffs on steel and aluminium, aimed at China, but including imported steel sourced from everywhere. There is some talk of going easy on Canada and Mexico. There was an immediate tit-for-tat response from the EU, which increases the odds of a destabilising trade war between the world’s two largest economic blocs.

This was followed last night with the announcement that President Trump has agreed to a meeting with Kim Jong-un to resolve the nuclear and missile issues. However, the hope that this means the problem of North Korea is being resolved due to American pressure is too simplistic. It is almost certain that North Korea will instead look to China and Russia to protect them, and the US military and intelligence establishment will resist this move.

Meanwhile, gold has been stable through all these developments, with buyers in the lower $1300s lending support. The consolidation continues, building a base perhaps for the next move up. The situation is little changed from last week, as our final chart illustrates. 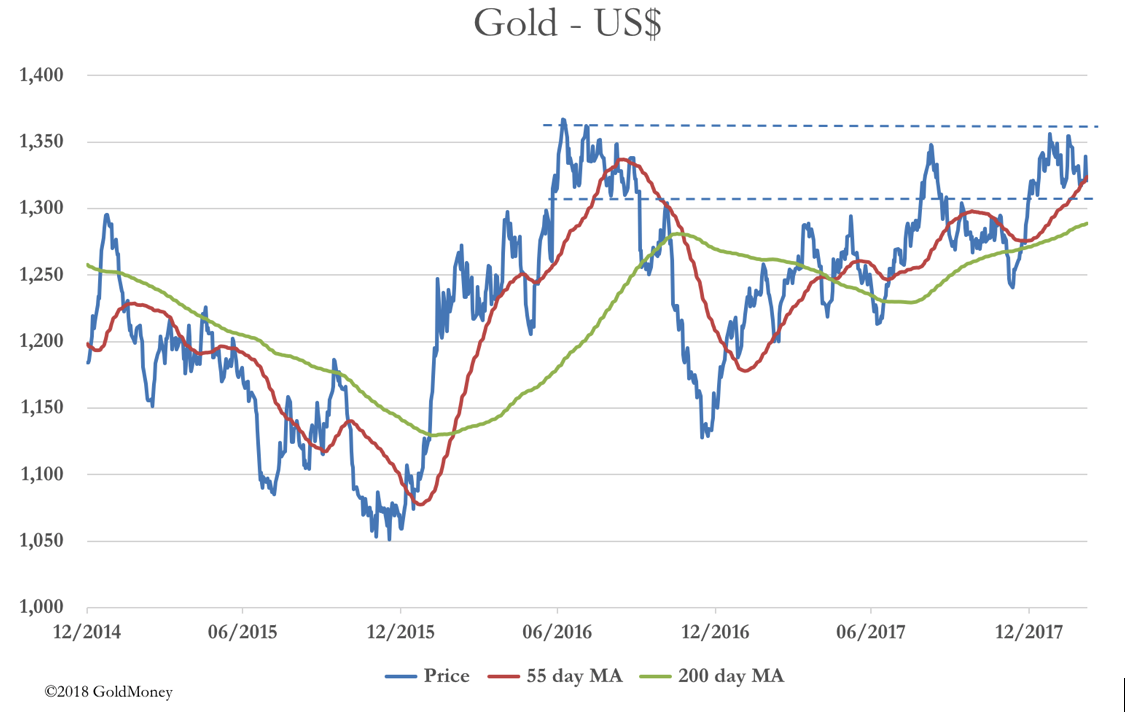 To sum it all up, gold’s downside appears limited, so long as buyers remain firm at $1300, but from a trading point of view, the best bet looks to be long of silver, due to the extraordinary oversold position on Comex, and the prospect of Chinese buying of base metals being resumed after the 2018 NPC has reaffirmed China’s infrastructure plans.