Market Report: The importance of $1500 for gold

After the sharp falls seen at the end of last week, gold and silver consolidated in a narrow range, other than yesterday when the ECB announced a 10 bp cut in its deposit rate to minus 0.5%. Gold’s trading range before and after the announcement was $25, while that of silver was 47 cents. Otherwise trading ranges were remarkably tight. By early morning trade in Europe this morning (Friday), gold was down a net $1 at $1506 and silver down two cents at $18.16. 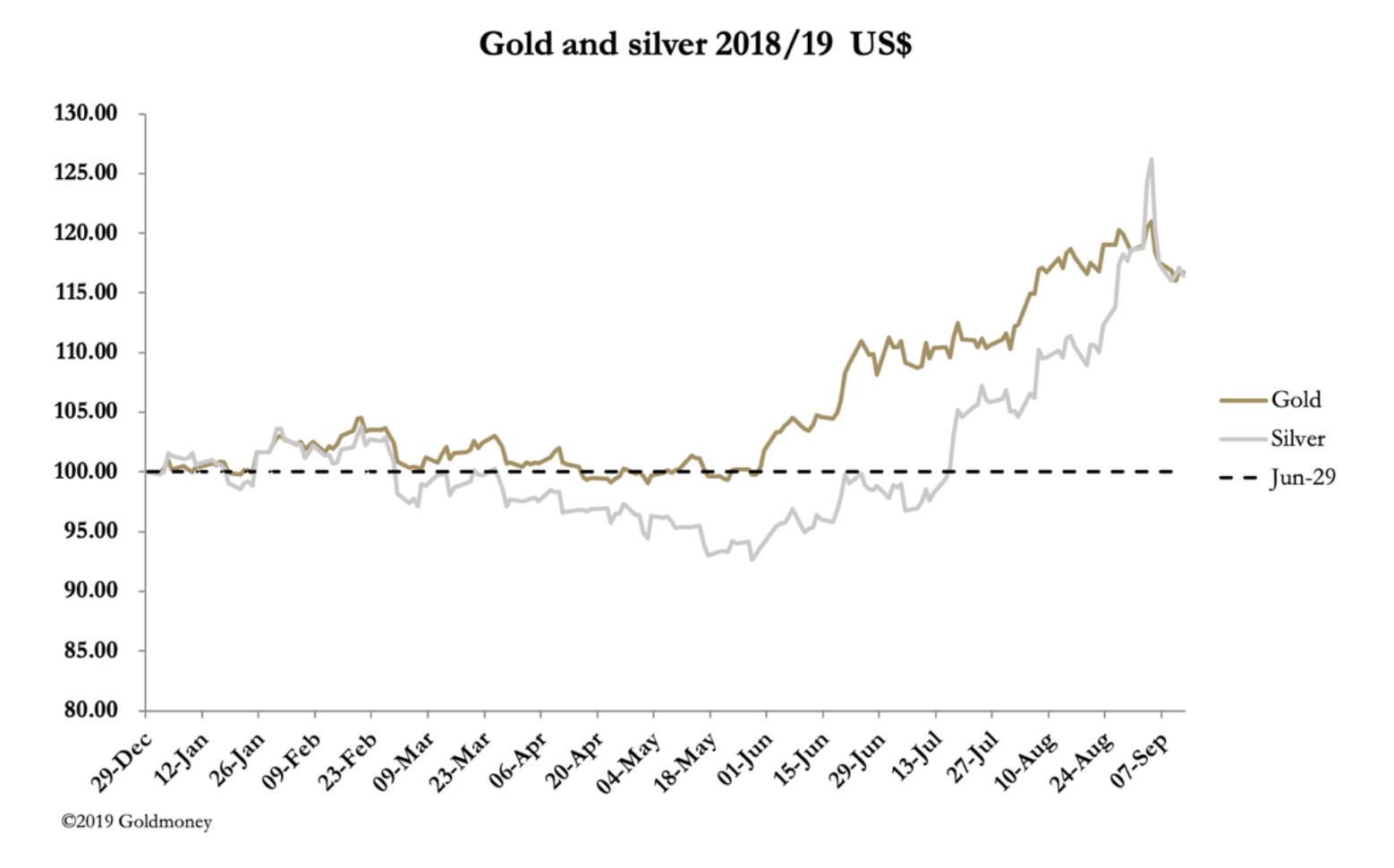 For the moment, both precious metals have rested on round numbers. Dips below are met with buying and rises above have the feel of being managed back downwards. Both metals are overbought, but have been more so. At the time of writing, the most recent commitment of traders’ figures were for 3 September, when gold closed at $1545 and silver at $19.28. With subsequent profit-taking, the position today is to a degree corrected. But interestingly, the four largest traders in gold reduced their net short position by 28,266 contracts, the equivalent of 88 tonnes, between 13 August when gold was $1502, and 3 September, when it was $1545. In other words, the rise in the gold price was at least partly driven by one or more larger traders (almost certainly a bullion bank) trying to keep an even book.

The interest rate environment is extremely positive for gold. Instead of leasing gold, central banks are buying, because lease rates are unattractive in the current climate and the world is entering a new round of monetary expansion.

In this context, the technical chart for gold gives a sense of perspective. 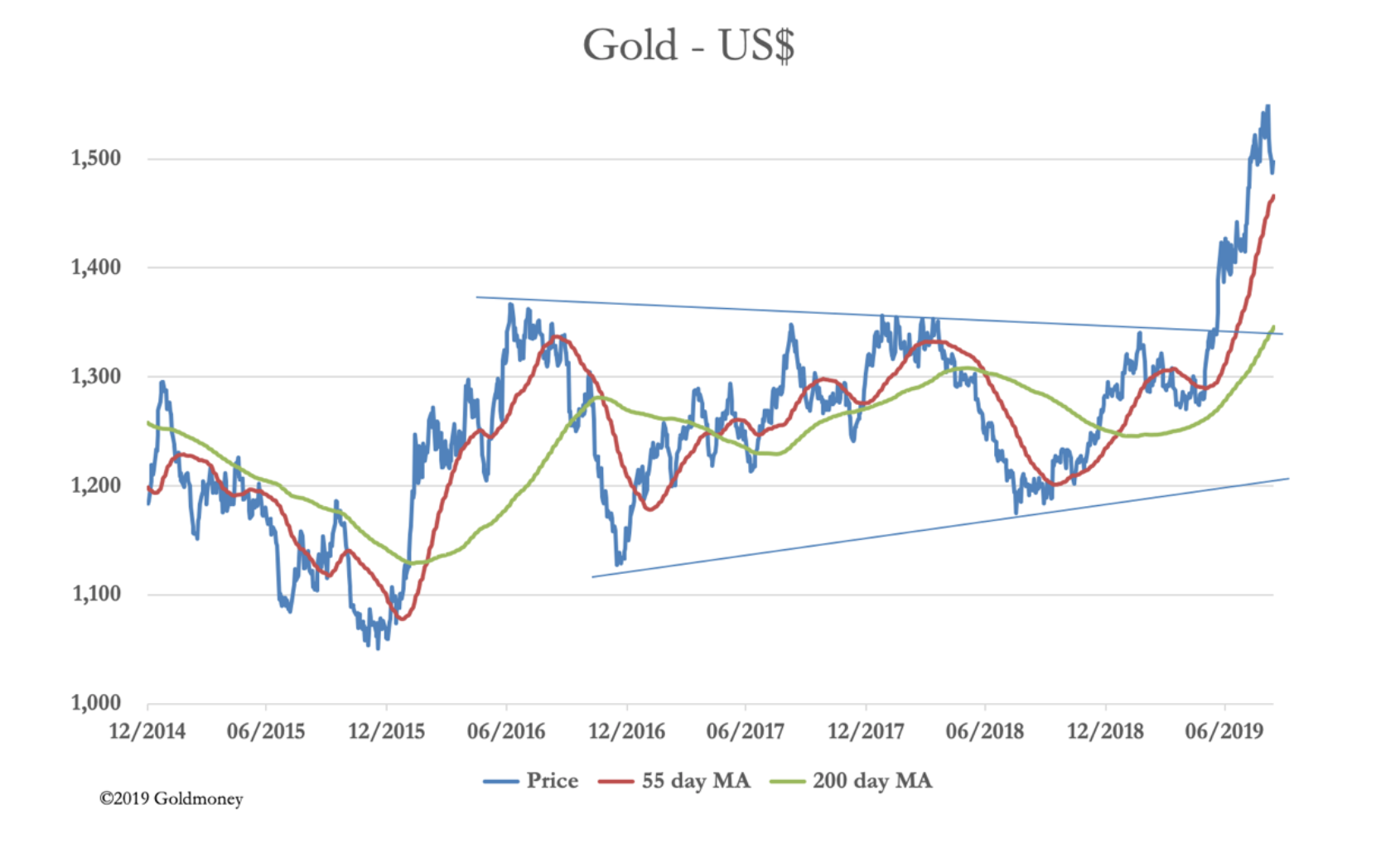 Gold’s correction takes it towards the 55-day moving average, which is at $1466 and rising rapidly. But gold clearly retains a strongly bullish momentum, and given there is room on the overbought position, the current consolidation looks like a launchpad for an attack on $1600 and beyond.

How long the pause before such a move is the question. We are in a period where initial bearishness for the global economy has been discounted and markets await developments. The UST 10-year bond yield has recovered from 1.46% on 4 September to 1.79% currently. Measured by the yield spread on the two- and ten-year bonds, this has turned the yield curve just positive, having flashed recessionary warning signals last week. For the largest gold futures traders on Comex, this is welcome news, giving them more space to close down their bears.

Meanwhile, the ECB announced deeper negative deposit rates and a monthly quantitative easing of €20bn every month from November. The concern is deflation with price inflation statistics remaining subdued. Clearly, Mario Draghi feels he is running out of options, having called for more fiscal reflation from governments.

Christine Lagarde takes over as head of the ECB on 1 November, and her promises to promote the ECB’s green credentials tell us she will be heavily political. In other words, she is likely to be even more expansionary than Draghi. It is easy to see the ECB leading the charge to yet deeper negative rates.