The bears have been feasting on the bones of the bulls this week, enjoying a sell-off in precious metals, that has been echoed in commodities generally. Gold fell a net $18 between last Friday’s close and early European trade this morning to $1224. At one point yesterday, it dipped to $1212. Silver declined from $15.81 to $15.42 over the same timescale. 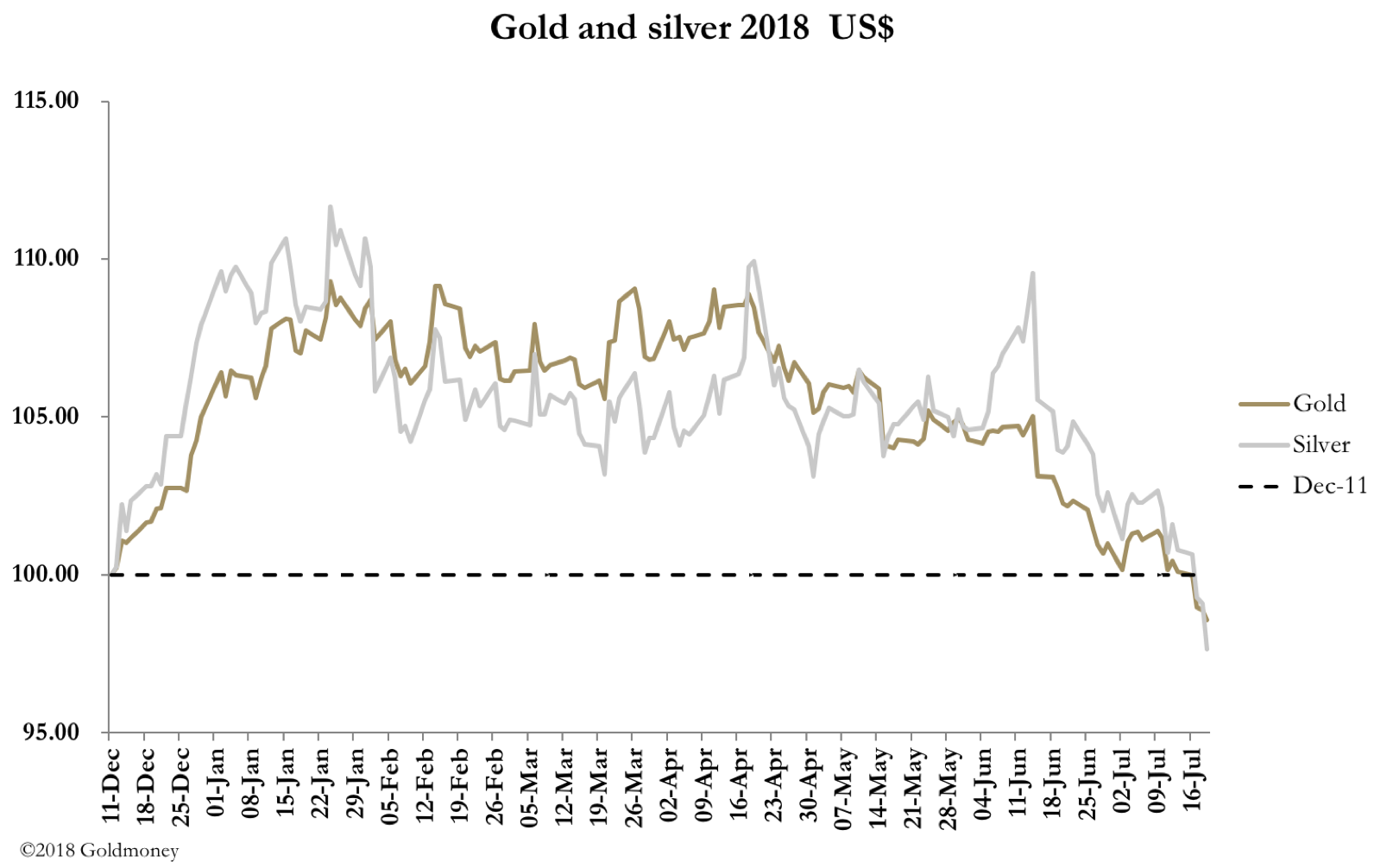 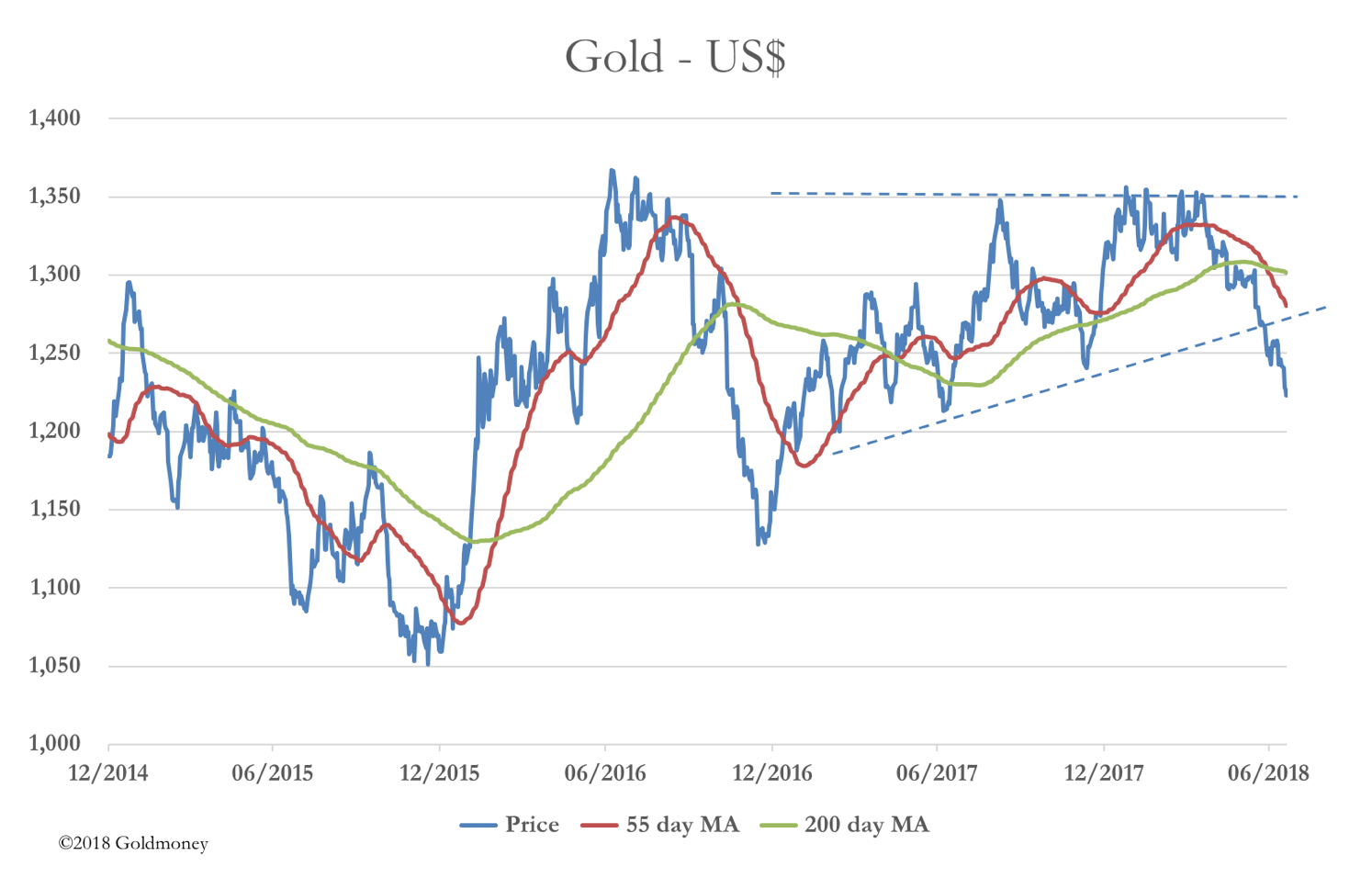 The combination of a death cross and a clear breech of what appeared to be a bullish consolidation pattern between the two pecked lines presents a horrible picture. However, that is not the whole story.

Tonight we will get an updated Commitment of Traders report. Looking at Comex trading patterns since the last one (dated 10 July) we have seen a 29,000 contract expansion up to Wednesday, though there was a contraction indicated in yesterday’s preliminary figures. This has occurred while the gold price has been falling and the active contract for August has been running off the board. Therefore, it is likely that new short positions are being opened in a heavily oversold market, while existing longs are also being liquidated.

We should look at our second chart more closely, now that we can identify an extremely oversold condition. The last death cross was on 2nd December 2016 followed by a major turning point on 22 December. This one was on 2 July, and twenty days takes us to Monday. Based on the chart pattern and the oversold condition of the market, a strong technical bounce, possibly marking a significant turning point, is a strong possibility.

The dollar has been generally firm on its trade weighted index, which is heavily weighted in favour of the euro. The Chinese yuan has been notably weak, falling from CNY6.28 to CNY6.77. Western commentators, who tend to be bearish over China’s financial position, are talking up crisis, which is good for the dollar. However, it is dangerous to double-guess China’s currency strategy. In the past they have used devaluation as a tool to limit US monetary policy, and it is very likely the Fed are now rethinking interest rate strategy in the light of currency events.

This story was given further impetus by President Trump stating last night that he did not approve the Fed’s interest rate policy and wanted to see a weaker dollar. This is on top of mounting concerns that the increase in the Fed Funds Rate so far is causing damage to a debt-laden US economy.

Finally, Russia hit the headlines by aggressively selling down its holdings of US Treasuries (USTs). There is a strong possibility that Russia is using the current sell-off in gold to step up its gold reserves. In the last two months they sold $34.5bn of USTs, and foreign official institutions as a whole sold $64.4bn USTs. The big buyer was Cayman, presumably representing US insurance companies.