This week the US dollar moved strongly upwards against the other major currencies, at the same time weakening gold and silver along with most industrial commodities, before some profit-taking set in yesterday.

The effect on precious metals is a change from previous weeks when a flight into dollars also supported gold and silver prices. Instead, gold and silver were noticeably weak until this morning, when prices recovered $8 and $0.13c respectively in early London trading. So what’s changed?

On examination very little has, other than a determination by liquidity providers in the futures markets to contain their short positions. In a market where speculators have little or no ability to judge value, emotion sets prices. This makes it easy for bullion banks with deep pockets to move the market and change sentiment. On Comexi this has led to a sharp reduction in outstanding gold open interest over the last fortnight as shown in the chart below. 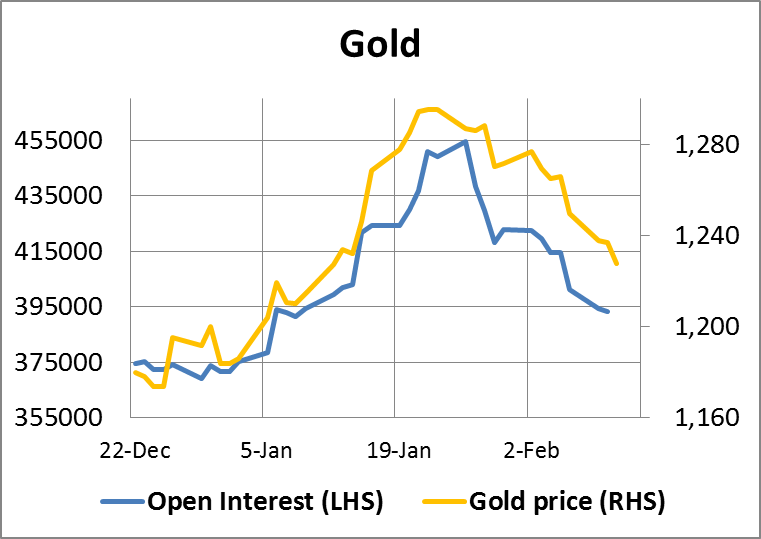 The chart clearly shows the tight relationship between open interest and the gold price since late-December and suggests that on purely technical grounds there is still some limited scope for lower prices. Interestingly attempts to shake out bulls in silver have been less successful, as illustrated in the next chart. 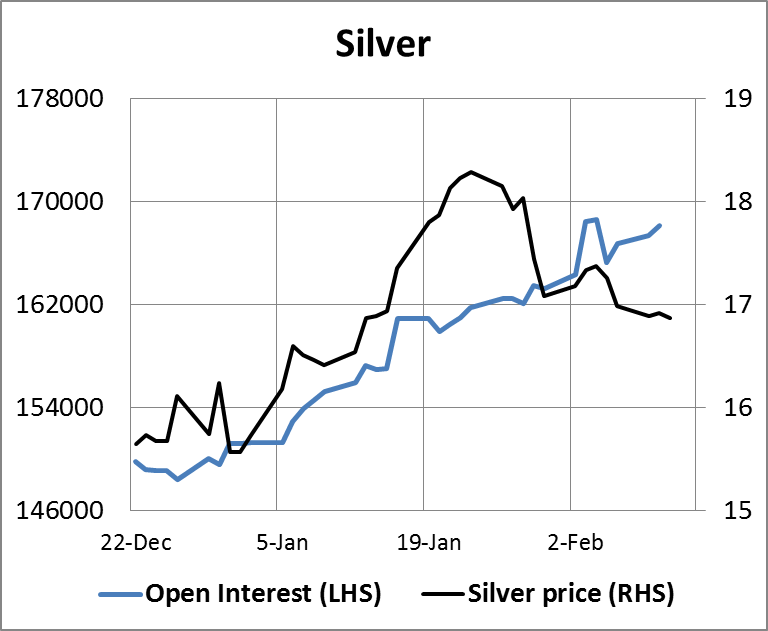 Moment to moment silver trading imparts the impression that the market is systemically short, and there have been many occasions when gold has drifted lower that the silver price has gained on balance.

Meanwhile Greece continues to dominate financial headlines, with deposits being withdrawn from the banks, so much so that the ECBii has had to extend its Emergency Liquidity Assistance by an extra €5bn to €64.5bn. The European Financial Stability Facility for Greece expires at the end of this month, and in March a series of IMFiii loans and T-bills mature. The pressure for Greece to compromise is building rapidly.

At the same time banks in central Europe have been adversely affected by potential losses on Swiss franc mortgage exposure and sanctions against Russia. The combination of these troubles plus Greece has not so far supported the gold price, though there are reports that Greek citizens are buying British sovereigns. There are also reports from Switzerland that negative interest rates are similarly creating demand for physical bullion.

For the moment gold traders are ignoring the potential demand for precious metals from negative interest rates. Sweden’s Riksbank has cut its repo rate to -0.1%, and the Bank of England warned that prices might actually fall, signalling the possibility that it might have to take more easing action to prevent deflation. The trend towards negative interest rates continues which should underwrite precious metals.