Precious metals have had to endure a week of gathering dollar strength, which is at least partly the result of problems specific to the euro, yen and sterling. The result is gold has fallen a further $30 over the week, and silver by about $0.70c. The first chart is of gold and open interest on Comex. 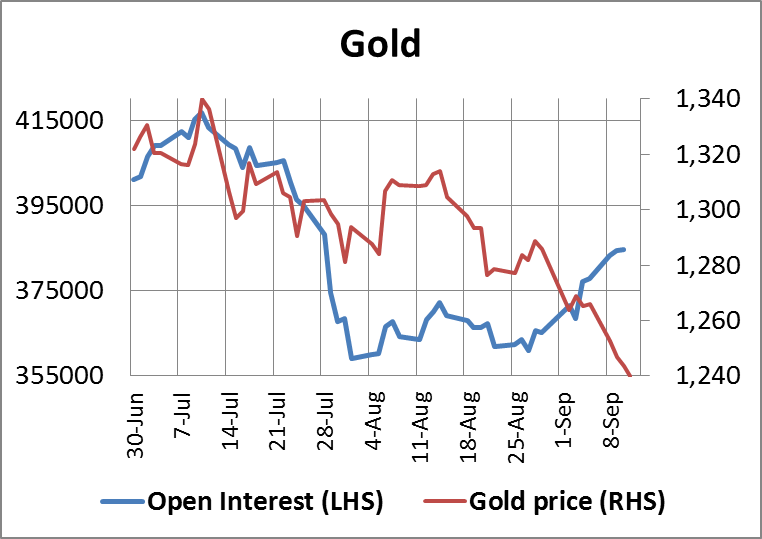 Over the last two weeks the gold price has been falling while open interest has been rising: in other words paper gold has been flooding the market. This is illustrated in the second chart, of Managed Money short positions. 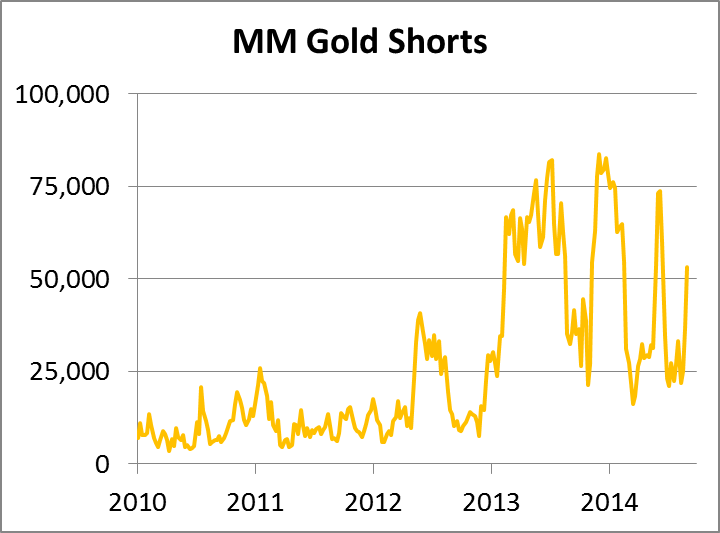 Last Tuesday's position (not yet in this chart) will be released after-hours tonight, and I expect these shorts to rise to about 70,000 contracts. Given the action of the last few days I would expect this short interest to currently be at a new record. For the third time in a year, hedge funds and other fund managers are betting the ranch on a falling gold price.

Usually, it is sensible to buy into a heavily oversold market, and that is just what the bullion banks are doing, which is reflected by a fall in the net swap short position in the third chart. 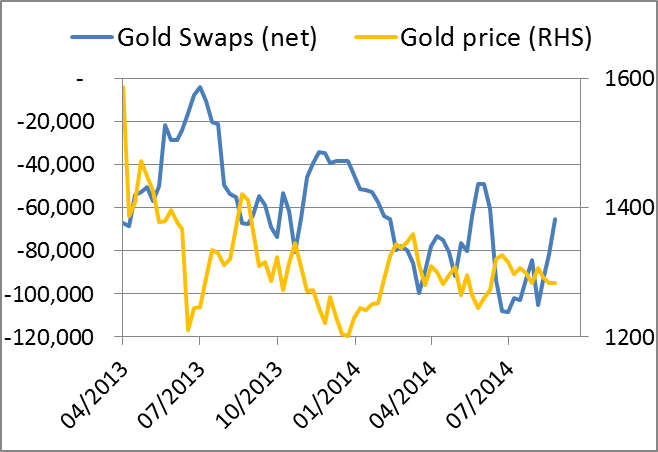 Again, this will be updated tonight, when I expect to see net shorts decline below 50,000 contracts, and today it is probably less than 30,000 contracts.

That having been said, the current strength in the dollar has brought a new dose of uncertainty to precious metal prices. For the moment, it has been more a case of weakness in major currencies, particularly the euro yen and pound, rather than dollar strength. If signs develop of bigger shifts in favour of the dollar, markets could be signalling a greater degree of currency instability, leading the Fed to contemplate how to counteract the deflationary effect on domestic US prices. This should generally be positive for gold after the current period of uncertainty.

Silver's open interest is growing strongly as the bears increase their shorts. The preliminary figures for yesterday take open interest to a new record level. 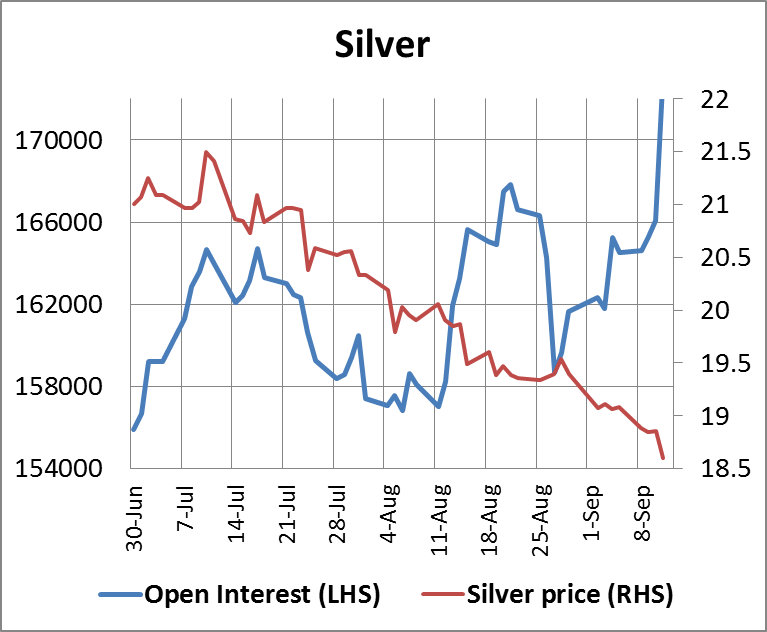 And here the shorts are well on their way to taking silver into record oversold territory, which is almost certainly the case given the explosion in open interest in the last few days.

To summarise: while currency instability has introduced short-term uncertainty over the price outlook for gold and silver, buyers looking to close profitable bear positions outweigh sellers by far.
Dramatically oversold futures markets are likely to lead to an unexpected technical rally rather than significant further downside, given that bearish activity appears to be concentrated in the paper markets while physical demand continues unabated.