While gold ran into some profit-taking this week, silver was the star performer. From last Friday’s close, after further strong gains taking gold as high as $1550, this morning in European trade gold was down $2 at $1525. Over the same timeframe silver rose a net 100 cents to $18.40 having touched a high of $18.65 yesterday. Silver has now almost caught up on gold’s rise this year, as our headline chart illustrates. 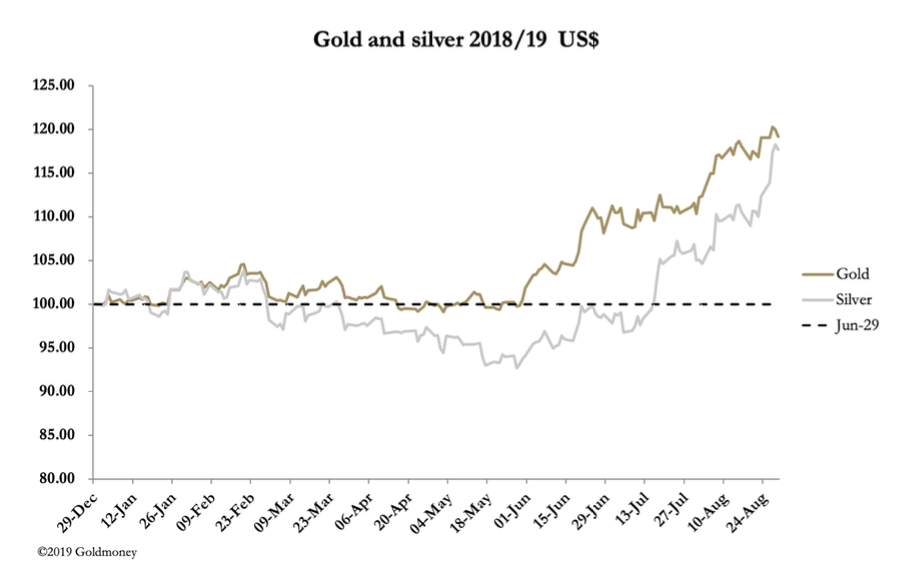 The performance in gold is notable because on Comex, while overbought on the gold contract, is not as overbought as one would think, given its recent strength. This is illustrated in the next chart which is of speculating hedge funds’ net position at 20 August. 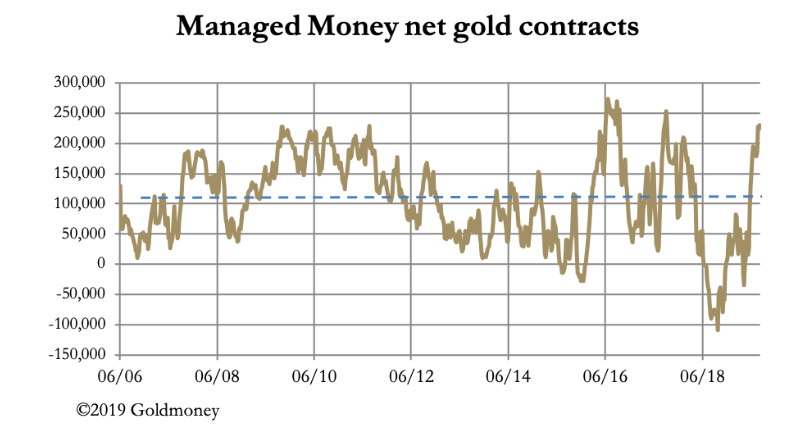 Clearly, the big speculators are enjoying the ride, but it appears they are not the only drivers of the price. In an article published yesterday, I made the case for the bullion banks attempting to reduce their short gold exposure, particularly in the London forward market. This being the case, we have an explanation for gold’s remarkable strength, confirmed by the shallowness of the dips and a rising floor under the price.

What is even more remarkable is silver. Here, at net long 43,896 contracts on 20 August, the managed money category is not in overbought territory by much. This is our next chart. 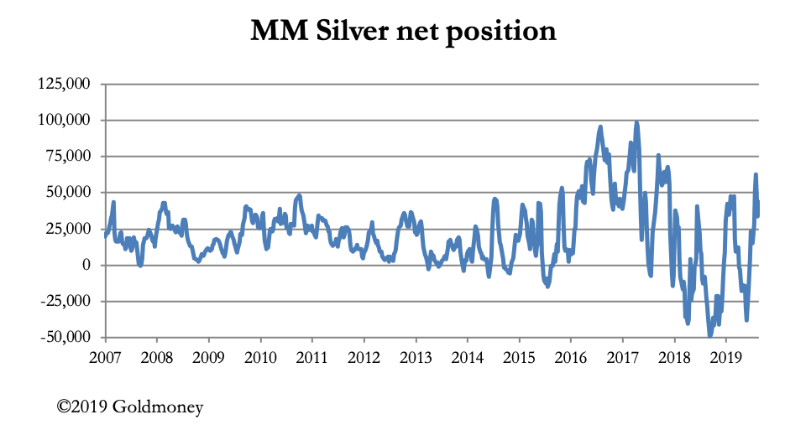 This is a similar message to that of Comex gold. In silver’s case, if the bullion banks have decided to start winding down their positions, they will be doing so in relatively illiquid conditions. This could explain why silver is so strong.

Our next chart illustrates the price of gold in leading currencies for comparison’s sake. 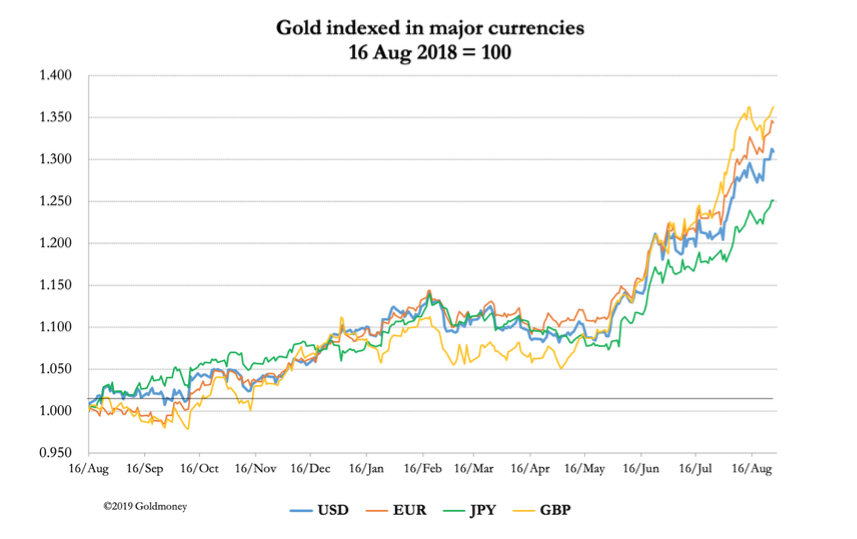 Over a calendar year, gold’s rise has been similar priced in all the leading currencies, with gold in sterling up the most at 36.3%, and in yen the least, up 25.1%. The rise in the price since last May is truly a global phenomenon.

In other news, the tariff war between China and America rumbles on, with President Trump making contradictory statements off the cuff. Interestingly, market commentators seem to be increasingly aware that trade tariffs are causing great harm, and this might get through to Trump. It offers a glimmer of hope that with Trump gearing up for a second presidential term, he will finally understand that a trade war with China will undermine his chances because of its impact on the US economy.

That will probably be too late to rescue the world from a recession. Almost daily, statistics and surveys from somewhere or other provide evidence that the global economy is no longer expanding. By inflating and reducing interest rates the best case is it will take time to turn things around.

Calls for monetary reform are coming from unexpected quarters, including Mark Carney of the Bank of England, and from Chinese monetary planners. The dollar has the highest official interest rates of the major currencies (other than China’s renminbi). The bias in any new arrangement, if it ever happens, is to permit yet more monetary inflation. Any developments on this front are unlikely to undermine the case for gold.