By Alasdair Macleod
Market Updates May 18, 2018

This week saw gold and silver prices slide, and in the case of gold, concrete support at $1300 was breeched. Silver has held up better, even recovering slightly while gold remained under pressure. 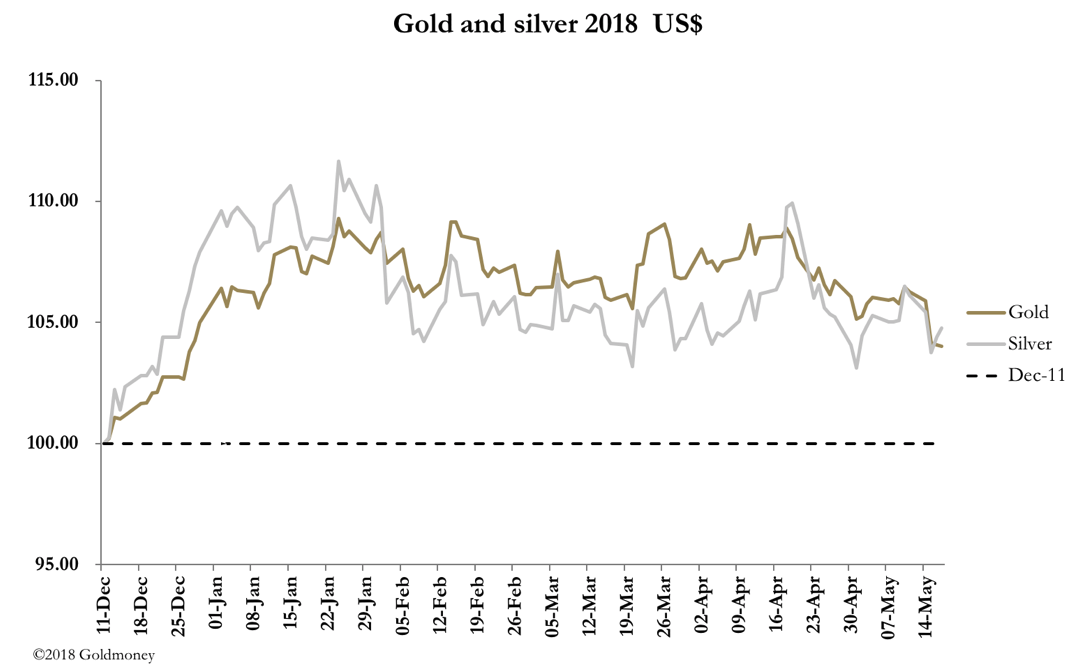 In early European trade this morning (Friday), gold traded at $1287, down $31 from last Friday’s close, and silver at $16.40, down 26 cents. This was in a week when the dollar rallied strongly, partly driven by currency weakness in emerging markets which enhances the dollar’s safe-haven status. As we warned in our 27 April market report, a fall in the gold price to the next area of support could not be ruled out, if the 200-day moving average at $1305 was breached.

This has now happened, and the next chart shows the updated technical position. 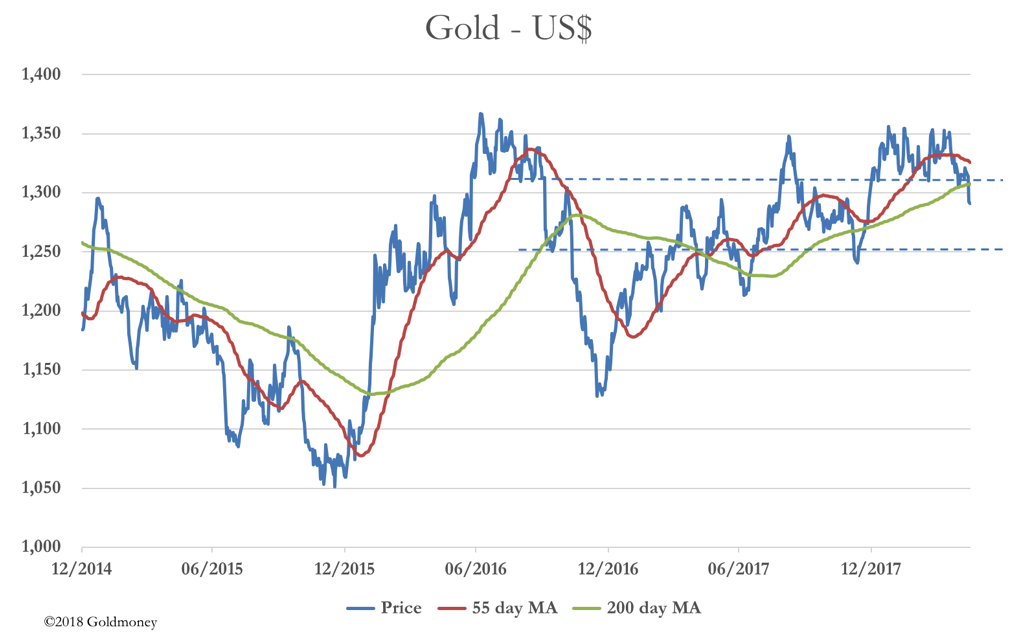 The dotted lines show the new supply and support levels. Chartists would argue that the $1300-1310 level now constitutes supply, warning the 55-day moving average is turning lower, threatening a death cross with the 200-day, which is stalling. On this basis, support now appears to be found on falls towards the $1250 level.

On Comex, gold looks moderately oversold, but on closer examination, it is probably more oversold than it first appears. Our next chart shows the net position of the managed-money category (hedge funds – the category most likely to go long of the dollar by shorting gold). 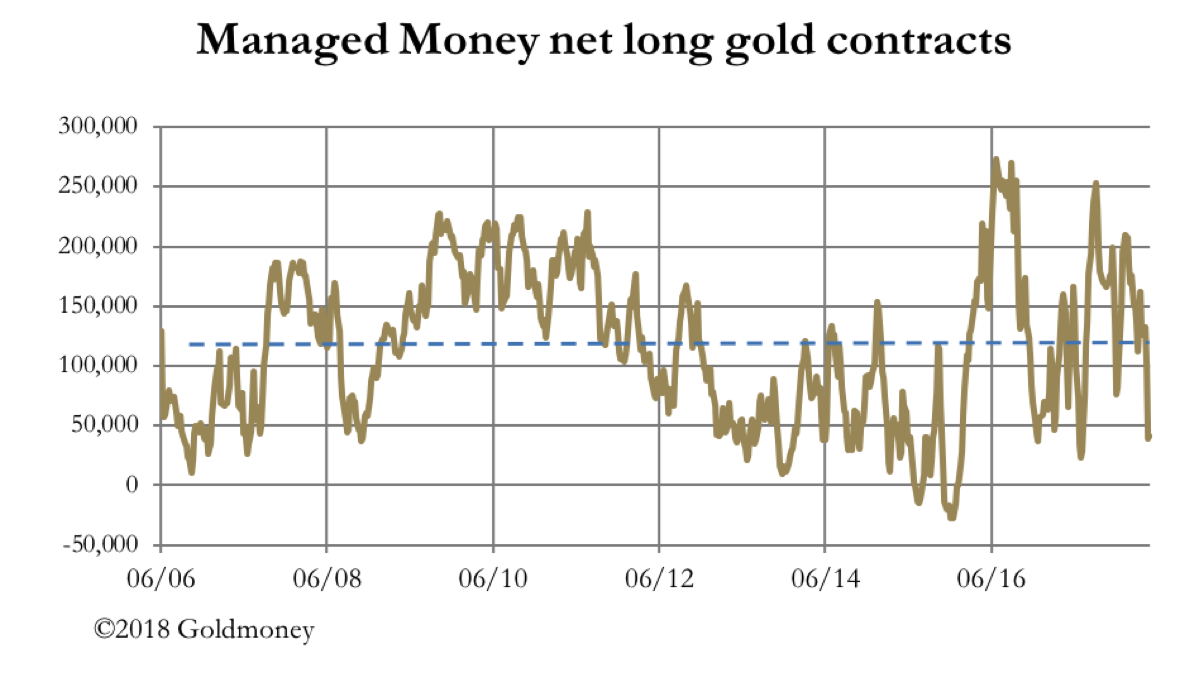 The recorded position before this week’s rout was net long 41,631 contracts, significantly less than the long-term average of 115,000. That was as of 8th May, and we will get updated figures for last Tuesday until after hours tonight. A reasonable guess is that it will fall below 30,000 net long, taking gold well into oversold territory.

The swaps, who can be deemed to be on the other side of the hedge fund position, were net long 13,249 contracts, which is again unusual because they are habitually net short. But we are not out of the woods on Comex, because the June contract is rolling off the board, which could end up squeezing the remaining few speculator longs, putting more downward pressure on the gold price.

However, a technical break of this sort often precedes the resumption of a bull market, and experienced gold followers are likely to be unfazed.

Meanwhile, the oil price has continued to rise, with crude at $71.62 this morning, which is a new 2-year high. And base metals, such as copper, have been firmer on balance. This doubtless has been the cue for silver to rise slightly over the last two trading sessions, while gold has drifted lower.

Geopolitical tensions over Iran are worth following, with Europe refusing to go along with American sanctions. Posturing by political leaders is one thing, and presumably the banks can be side-lined by all payments with Iran channelled through the European Investment Bank, or perhaps the national central banks. But that still leaves a problem for businesses, who will find they are black-listed by the US for sanctions-busting. A story to watch.