Market Report: Preparing to break out?

Gold and silver recovered some lost ground this week, with gold up $22 from last Friday’s close to trade at $1506 in early morning trade in Europe. Over the same time period, silver rose 47 cents to trade at $18.04. 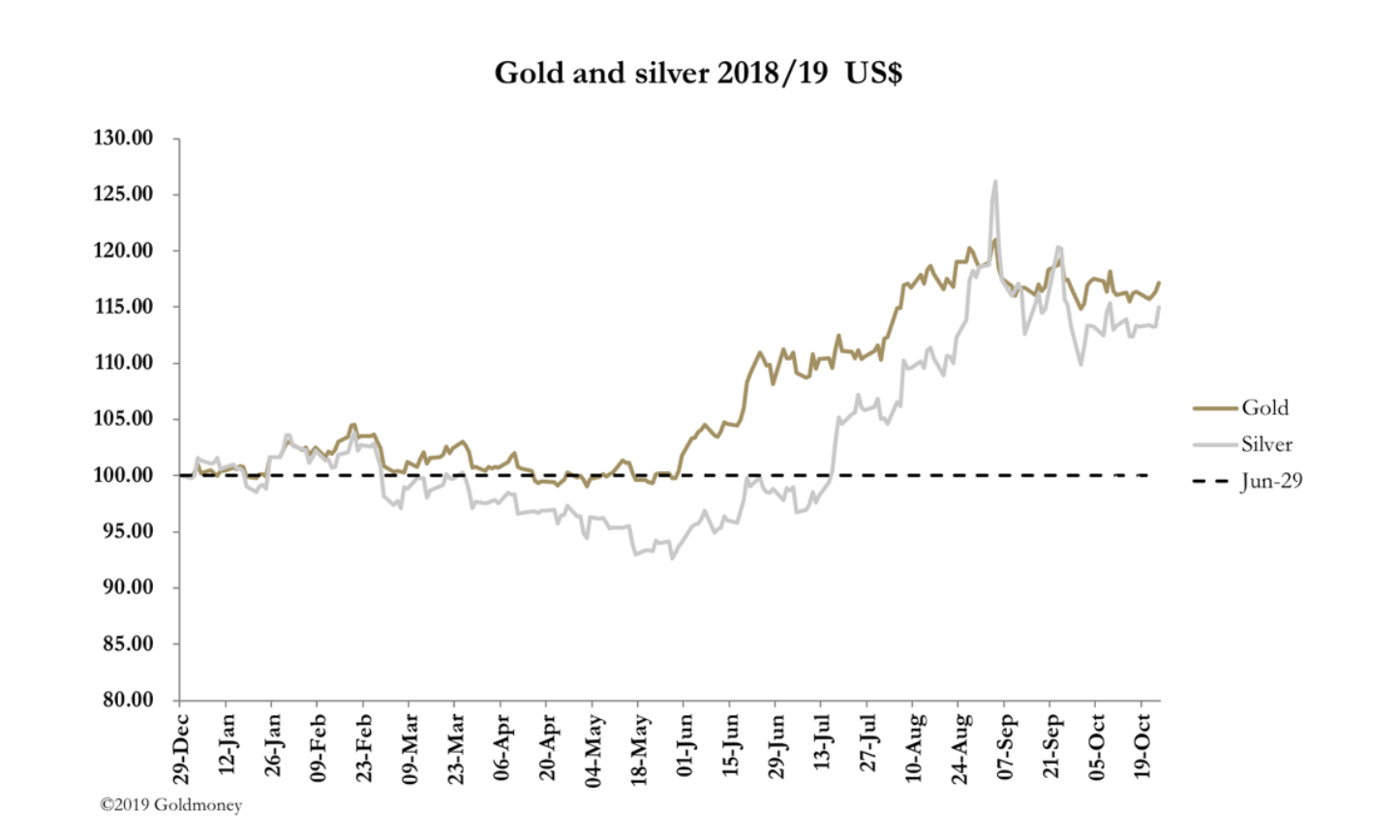 Gold firmed up all week, suggesting the consolidation which commenced in September might have run its course. As shown in the next chart from Goldprice.org the price appears to be breaking out on the upside. 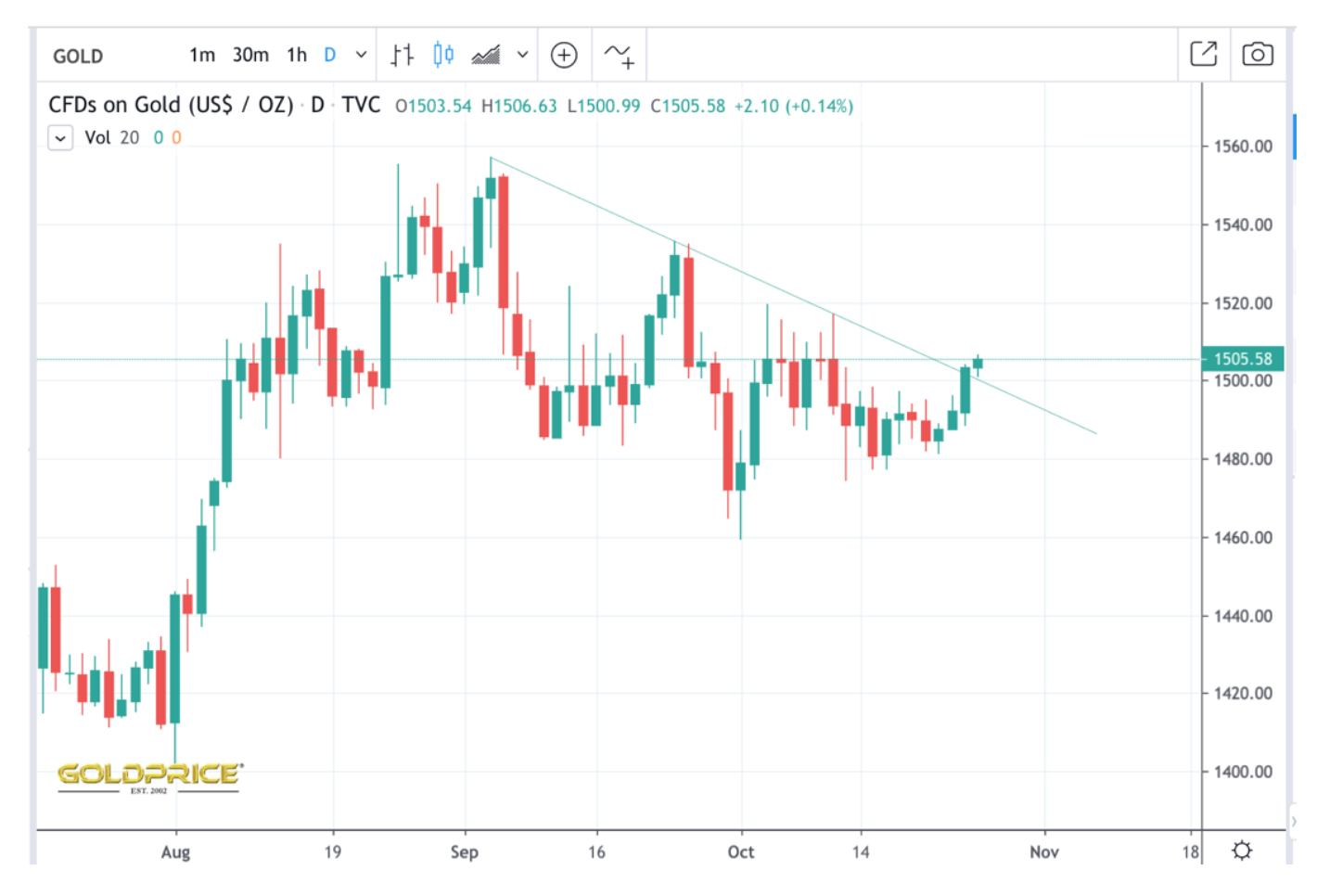 This is not a guarantee that gold is off to the races, more an indication that market pressures appear to be resolving in favour of the bulls. But we must not forget that the establishment, in the form of bullion banks particularly, are likely to resist upward pressure because they run short positions.

However, the worm is turning. Ongoing demand for liquidity in US money markets seems to be growing, which suggests systemic banking problems are increasing at a time when the global economy, which is run on dollars, is moving into recession. While public statements are mollifying, there are signs of official concern. The IMF issued a paper warning of a $19 trillion corporate debt timebomb, which is another dot to join with the problems in the repo market. And McKinsey issued their annual banking report, in which they stated that 60% of banks globally are unprofitable in terms of return on capital.

A credit crisis is a growing risk, and if bankers take it seriously (as they should) they will try to take avoiding action. It is the spectre of Irving Fisher’s warning from the 1930s about contracting bank credit undermining collateral values and guaranteeing bank failures.

For gold there is a hurdle to overcome, and that is the widespread belief that deteriorating economic conditions will lead to a demand for cash. That being the case, it is argued that financial assets will face a wave of liquidation, and that must include gold. Therefore, the gold price should fall on a crisis, not rise. This was what happened on the Lehman crisis.

Perhaps the difference this time is central banks appear to be anticipating a possible crisis and are already easing. It is therefore likely that a dash for cash will be offset by an expansion of narrow money, which would improve the outlook for precious metals and at the same time remove pressure to sell them for scarce dollars.

Silver now appears to be outperforming gold in the short run, which is generally bullish. Furthermore, in the context of monetary debasement beginning to spur precious metal prices generally, platinum has been badly neglected, which is our last chart. 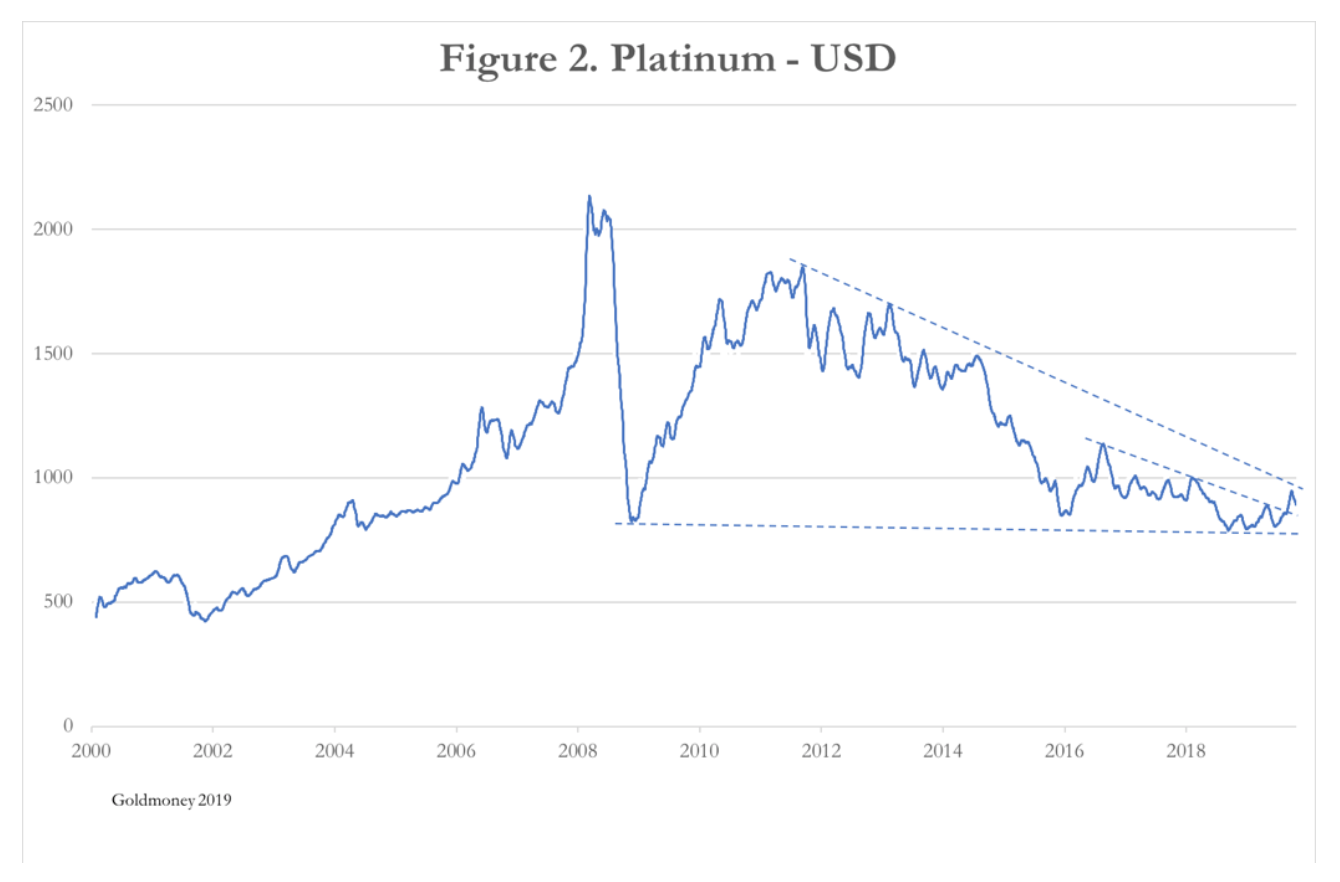 This is probably the most interesting chart of all the precious metals. The price fell between 2011 and 2018 to return to the post-Lehman lows, driven by auto manufacturers switching to palladium and rhodium for catalytic converters. The chart is telling us that that is now fully factored in, and a base prior to a substantial move to the upside has been completed.