For gold and silver it has been a week of two halves: first prices rallied to a peak on Tuesday, then declined to show net losses for the week on Wednesday for silver and Thursday for gold.

Broadly these precious metals reflected first weakness then strength in the US dollar. And equities reversed the nervousness of the previous week after a FOMC member suggested QE would be extended, with the S&P 500 closing up 7% on Thursday from its October 15 low.

So it has been panic over for the moment in the markets and back to business as usual for precious metals. However there are signs of good underlying demand for physical gold, with the Shanghai Gold Exchange delivering 68.37 tonnes into public hands over the holiday period (two weeks with only five trading days), and a further 51.5 tonnes last week. The chart below shows gold withdrawn from the SGE this year, totalling 1,547 tonnes so far, on course for a 1,900 tonne total this year, only 300 tonnes short from the 2013 total. 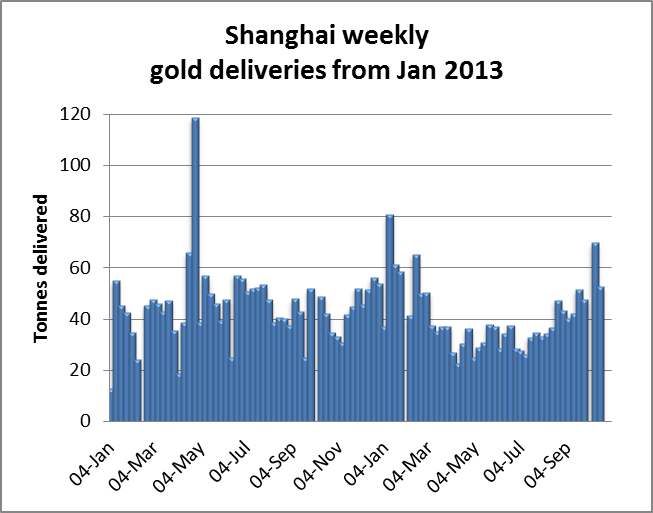 There has been a significant pick-up in deliveries in recent months. Indian demand for gold has recovered as well, with the Diwali festival coming up, coupled with attractive prices. Jewellers reported demand being up about a third on last year.

An opinion poll of voters in next month’s referendum on the Swiss National Bank’s gold policy shows 45% to 39% in favour of requiring the SNB to repatriate its gold held abroad, maintain 20% gold on its balance sheet, and sales of gold prohibited. So far, the gold market is ignoring this startling development, but if the SNB is forced by law to comply with these measures one can imagine chaos ensuing as the SNB attempts to comply while the Russian and Asian central banks are also buying; not to mention the likely political pressure on other European central banks to do the same thing. You never know: the SNB might just be the victim of a protest vote.

Russia continues to add to her reserves, taking them to nearly 1,150 tonnes making her the fifth largest official holder. Ignoring all this positive news of physical gold passing from weak into strong hands, the Managed Money category on Comex still has near-record short positions as shown below. 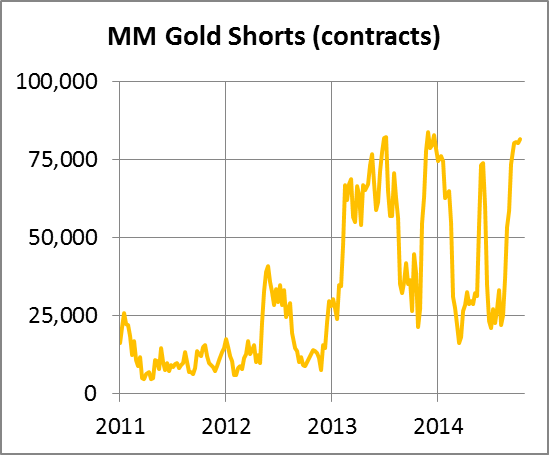 And silver shorts are even more dramatic, clearly in record territory: 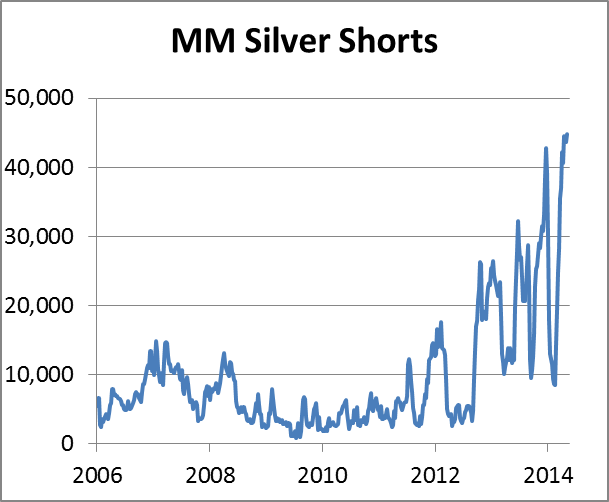 The fact that public speculators are so short is strong evidence that the outlook is for higher prices on a massive bear squeeze, and not the fall in prices universally expected by the talking-heads in capital markets.