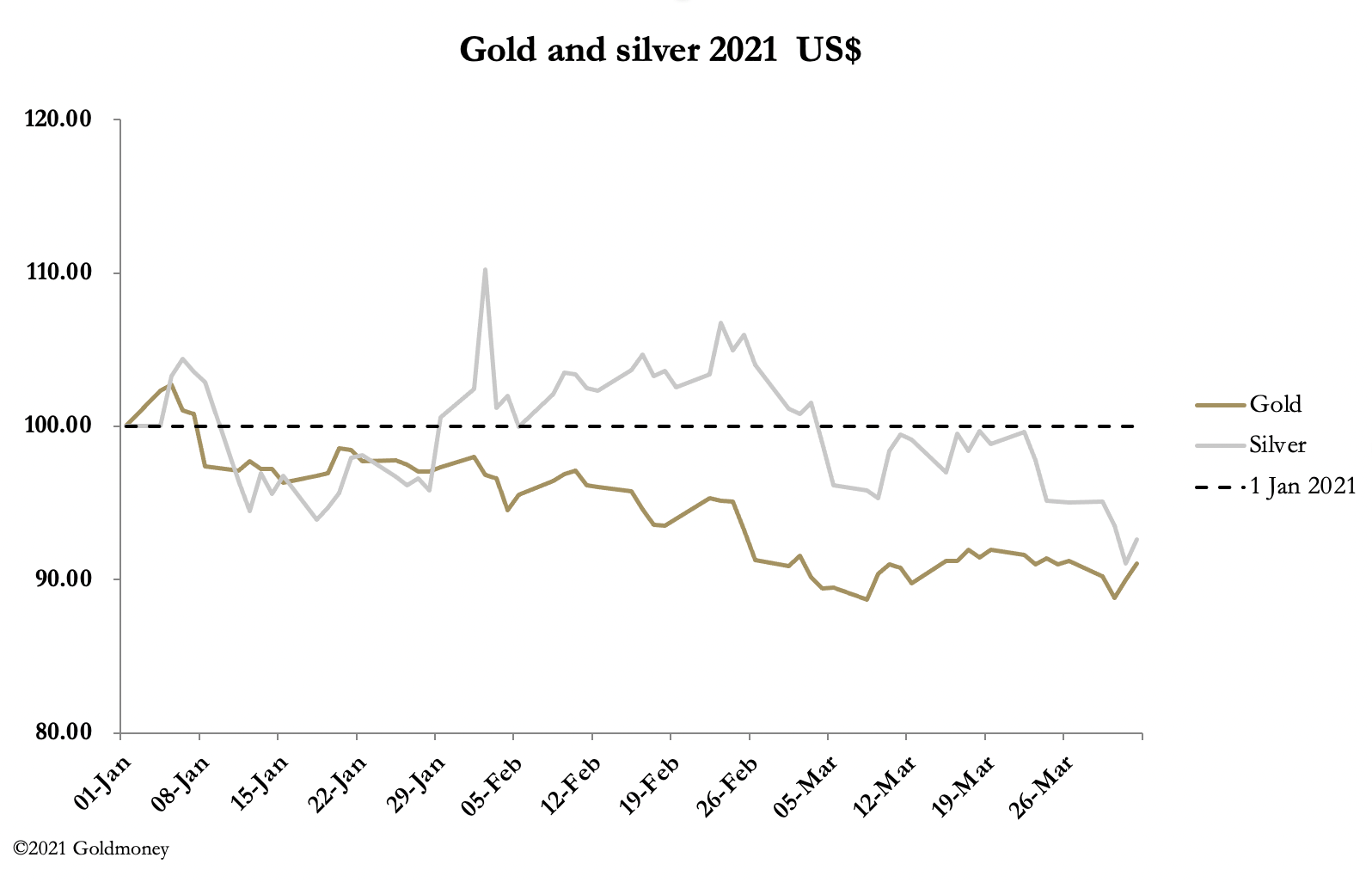 The sell-off in gold and silver came to a predictable end with the last dealing day of the Comex April contract series, and on Wednesday prices turned up for the better. In European trade this morning, gold was $1735, a net rise of $5 on the week having dipped as low as $1679. On the same timescale silver was at $24.95, down a net 10 cents, having been as low as $23.80.

On Wednesday, a staggering 16,868 April gold contracts stood for delivery, representing 52.46 tonnes, leaving a further 8,343 contracts to be delivered. The total for the month of March was 74.8 tonnes.

Now that the April future is out of the way, can we expect the gold price to rise? The likely answer is to be found in the CFTC’s commitment of traders’ figures. The last known position was on 23 March, due to be updated tonight. This is our next chart. 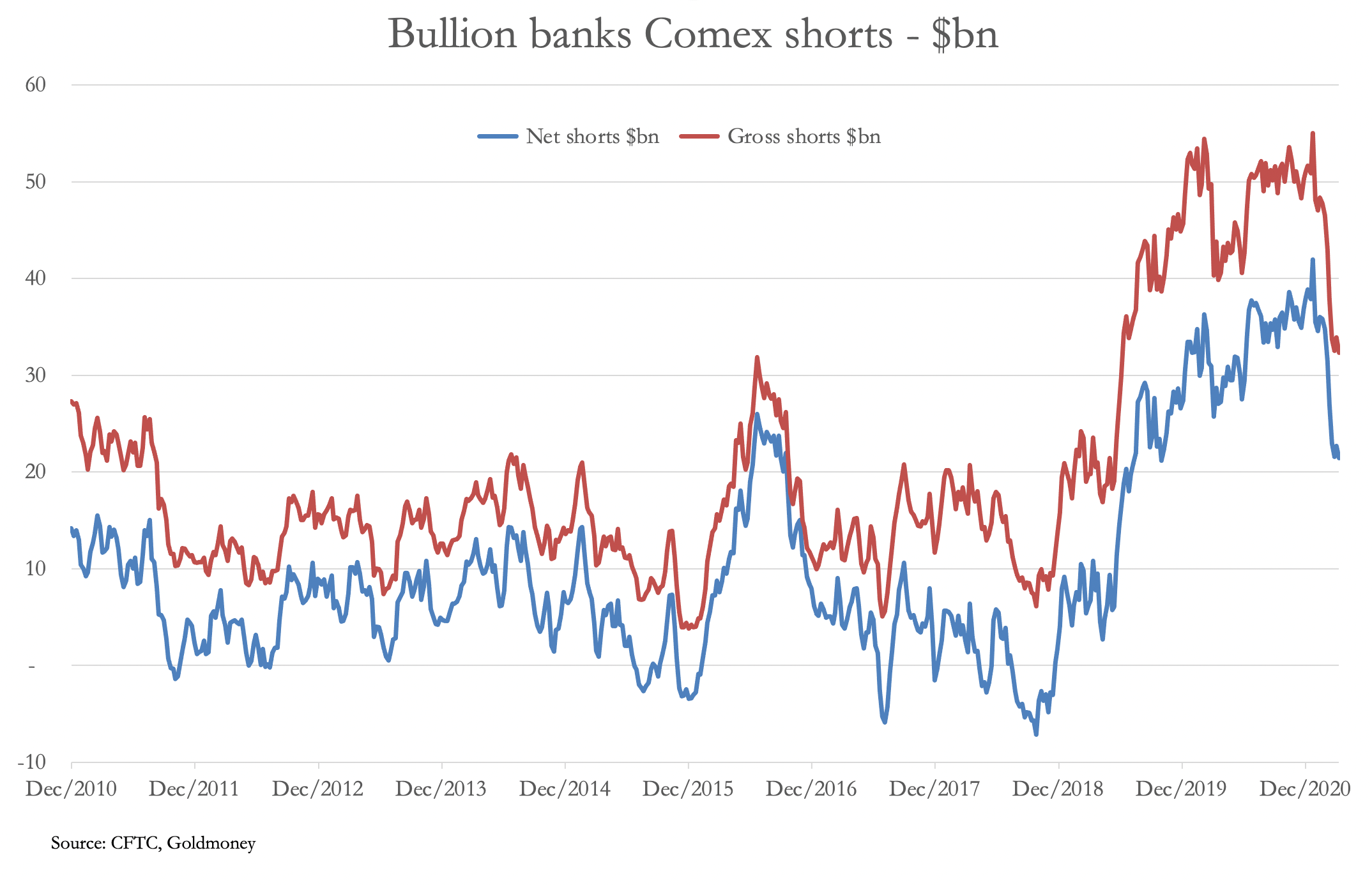 The bullion banks’ net short position in gold futures was down to $21bn, which is still high by historical standards. However, with open interest last Tuesday down over 18,000 contracts from the previous Tuesday it is possible they have reduced net shorts on Comex to less than $20bn.

Obviously, bullion banks will want to reduce their shorts even further, but the hedge funds are buying again, having increased their net longs by 14,000 contracts since 9 March. The turnaround in hedge fund net longs suggests that the bullion banks will be unable to reduce their short position much further, so the priority for them will be to trade a rising gold price.

There is a developing controversy over the position of the Perth Mint, which has been saying they have plenty of silver bars yet have refused to sell them to retail customers. The underlying problem is a global lack of physical gold and silver when the prospect is of significantly higher price inflation as accumulated savings are spent. That is probably what the hedge funds now see, leading them to increase their long positions at a time when the twin bear factors for gold of a rising dollar trade weighted index and rising US Treasury bond yields are driving global markets.

Evidence that price inflation is evolving into a major issue is growing by the day. The stimulus in the US in particular is expected to unleash a wave of pent-up demand at a time when supply chains remain broken, commodity prices are rising, and therefore the provision of basic items, such as food and energy, will be in short supply.

So far, the Fed’s stance has been to ignore the problem, changing its CPI growth target from 2% to an average of 2%, giving it some added flexibility in not having to raise interest rates. And with industry badly hampered by disrupted supply chains, there is every reason for the Fed to be concerned about economic prospects following a one-off surge in consumption.