It turns out the Swiss referendum last weekend which sought to force the Swiss National Bank to maintain 20% gold reserves was a red herring so far as precious metal markets are concerned.

It was fairly obvious before the referendum that no sensible trader would had bought gold in the expectation it would go through, so there would be few short-term sellers afterwards. Equally, it was so obvious to traders the referendum would fail that there may have been some short-sellers, or perhaps deferred buying waiting for the event to pass.

In early Far East trade on Monday the big players took the opportunity to test this by knocking the price to as low as $1142 immediately after the result was declared. This should have taken out all the stops on the way down. Instead it set up precious metals for the sharpest rally seen in years. Gold rose as much as $80 or 7% from that low during Monday’s trading, and silver a remarkable $2.57, or 18%.

The extreme level of short positions held by money managers (mostly hedge funds) on Comex had already reduced slightly, according to the Commitment of Traders Report for the previous Tuesday (25th November). Furthermore, as well as swaps the spectacular reduction in open interest reflects contracts exchanged for physical[i] (EFP). In this context EFP includes deals for forward settlement and no physical needs to be involved, so EFP represents contracts that have simply moved from the regulated Comex[ii] market into the unregulated hinterland.

The following charts for gold and silver respectively show how dramatic the decline in open interest has been. 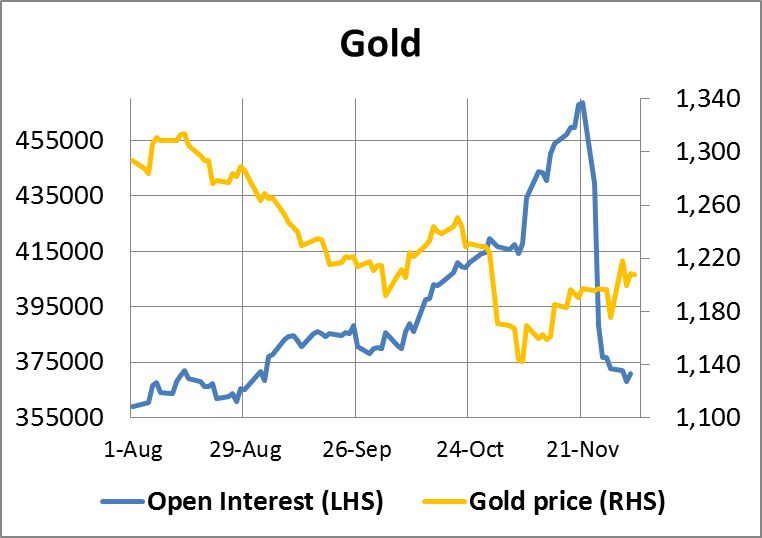 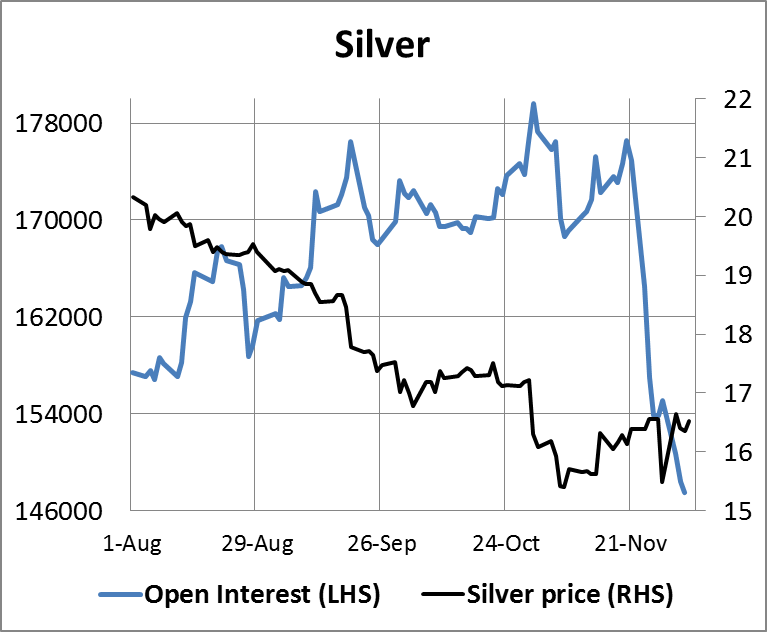 As gold recovers, the backwardation in London, represented by the GOFO[iii] rate, has ameliorated to minus 0.17% yesterday, having been minus 0.5825% on Monday, and this is shown in the next chart from the LBMA[iv]. 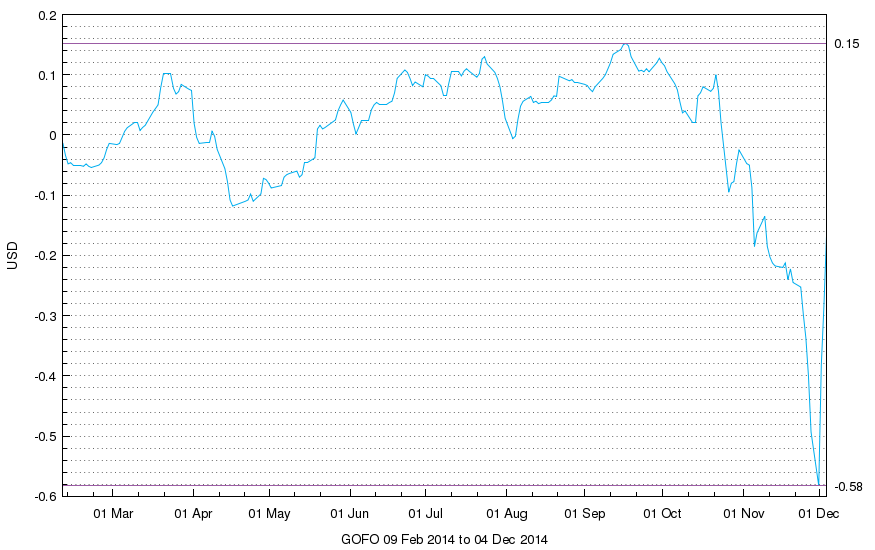 This does not necessarily mean the shortage of physical bullion has been resolved, only that at over $1200, buyers of physical are not chasing prices so hard. This is confirmed by market action with the $1200 level initially acting as a level of supply until Wednesday morning UK time, after which it has become support with the price holding above it. It is also worth noting that the turmoil in markets was a wider phenomenon with the oil price recovering sharply on Monday as Brent rallied from $68 to$73, before drifting off back to $69 yesterday.

In other news, according to a report from Bloomberg, China is considering allowing entities other than licensed banks to import gold, to eliminate the premium in Shanghai over the London spot price. It is more likely that this move would be intended to gain a greater share of global gold flows to satisfy domestic demand. And last week the SGE[v] delivered a further 53.56 tonnes into public hands, a rate which has been constant for the last ten weeks and is more than global mine production ex-China.

[i]In Finance, an Exchange of Futures for Physicals (EFP) is a transaction between two parties in which a Futures contract on a commodity is exchanged for the actual physical good. This transaction involves a privately negotiated exchange of a futures position for a corresponding position in the underlying physical.

[ii]Comex US futures market for trading futures and options on futures in a wide range of commodities, currencies and stock indicies including gold, silver, platinum and palladium.