By Alasdair Macleod
Market Updates May 03, 2019

Gold and silver sold off this week, becoming heavily oversold in the process. Gold lost $15 on the week to trade at $1271 in early European trade today (Friday) and silver 46 cents to $14.64 over the same time-scale. 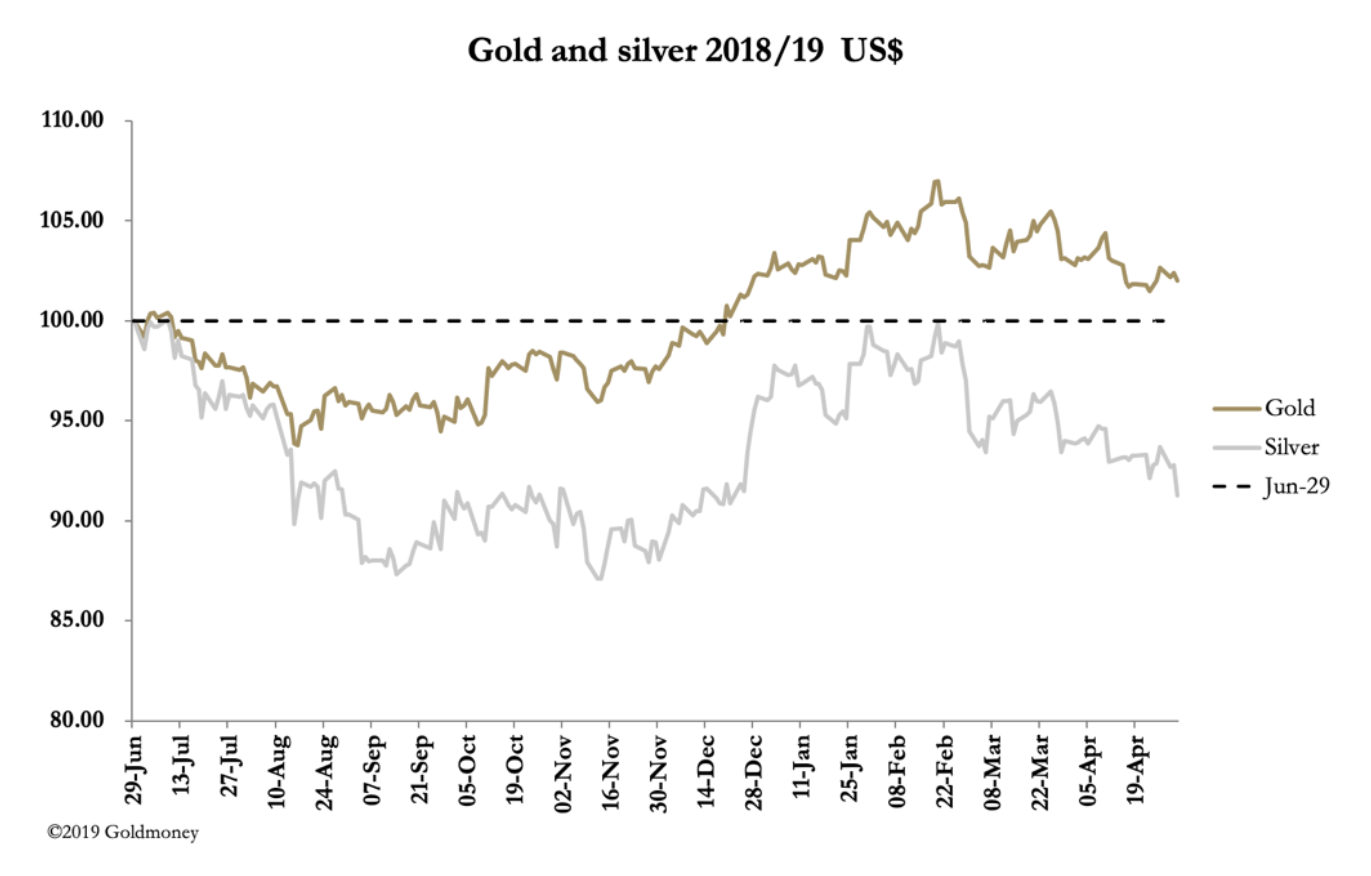 Silver’s active May contract ran off the board, and with some speculators abandoning their positions, open interest fell to below 200,000 contracts at one point. This tells us that longs have abandoned hope. We can see this in the Commitment of Traders position for hedge funds (managed money), which is our next chart. 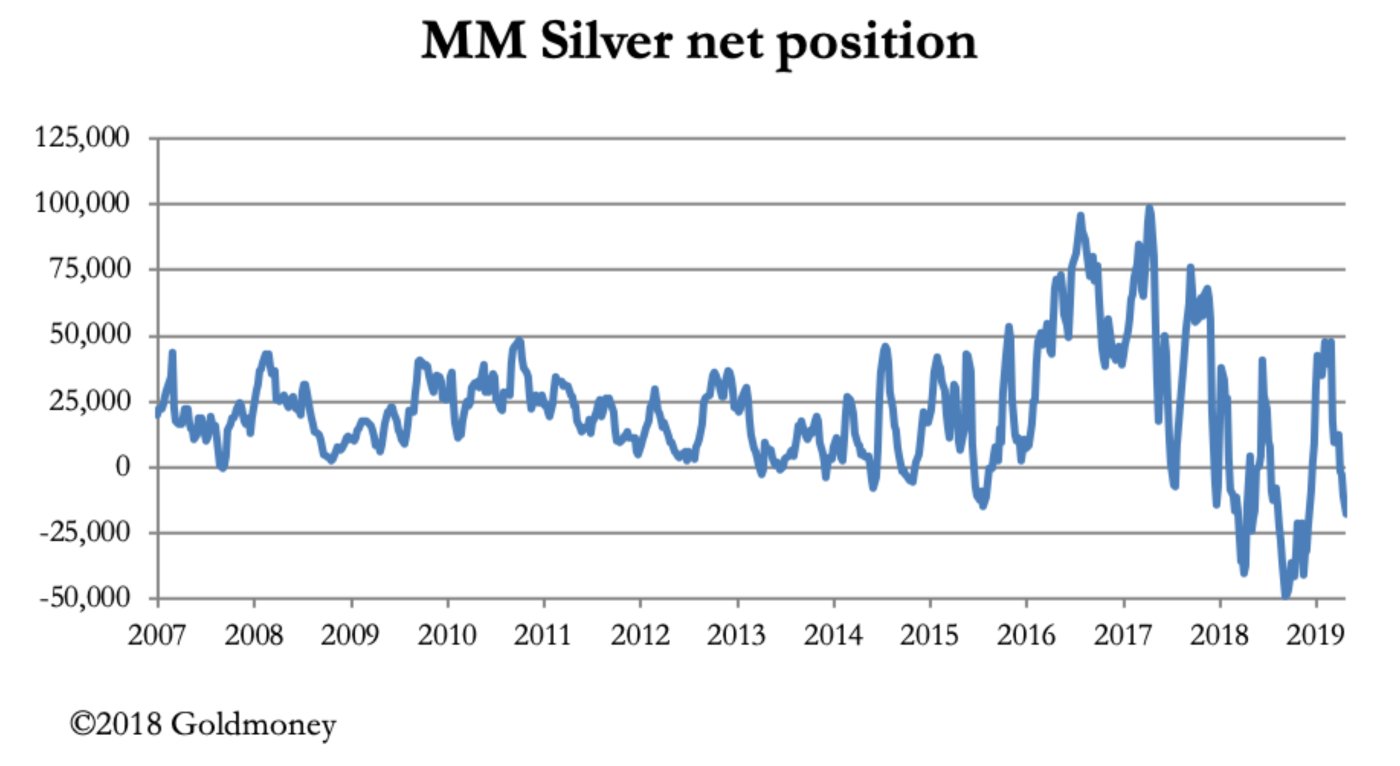 The last recorded net position was ten days ago, when the managed money category was net short 17,539 contracts. Silver was at $14.83 on that date, so it’s a fair bet that last night it stood at about -25,000. That is very, very oversold. We will have an update for last Tuesday after trading hours today.

We can see a similar story in gold, which is next up. 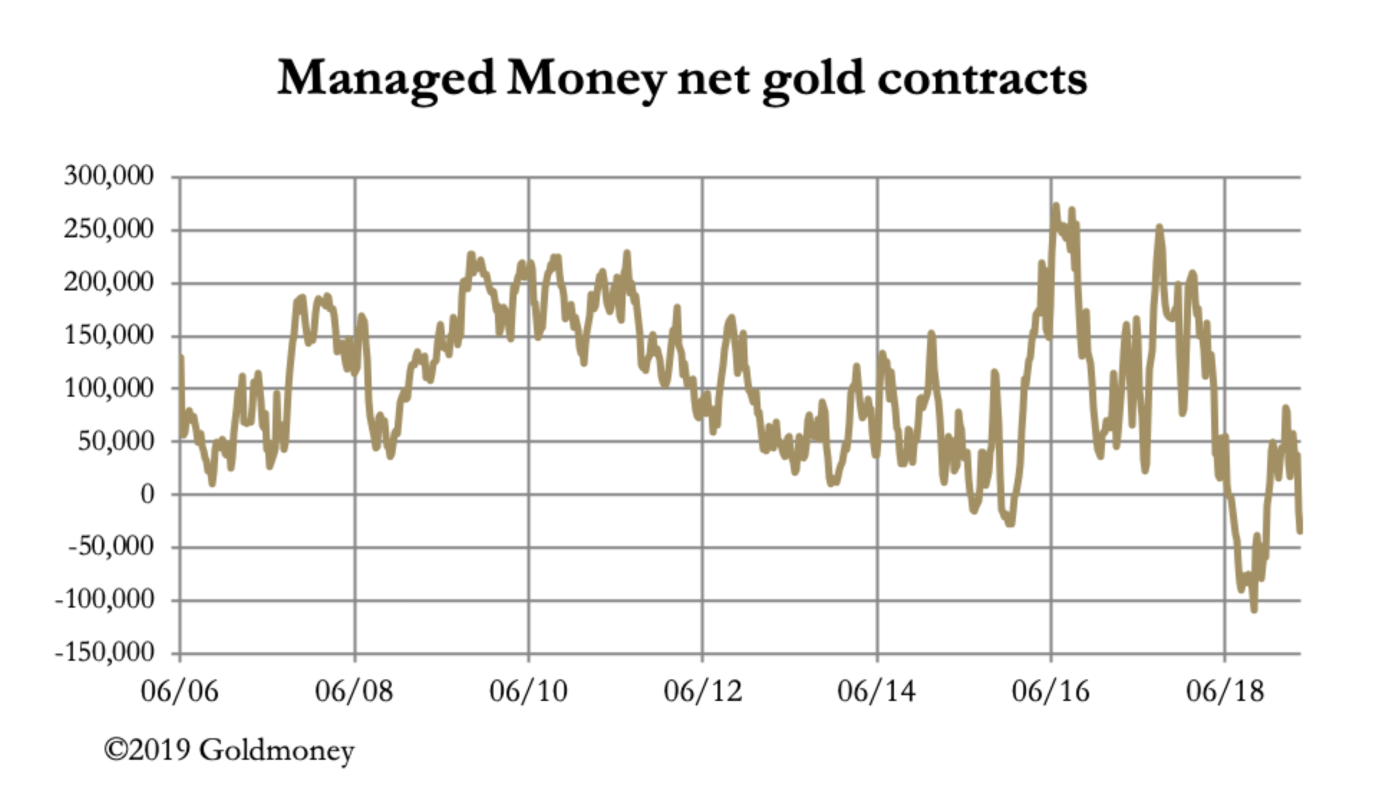 In this futures contract, hedge funds were net short 33,829 contracts on the 23 April, when the price was roughly the same level as today. It bears repeating that it is extremely unusual for large speculators to be net short, the equivalent perhaps to prices being in severe backwardation.

It would be misleading to take that analogy any further, but the point is made. It should be borne in mind that futures are the short-term price driver for gold, and they are controlled by the bullion banks. This introduces a seasonality into gold and silver prices, including quarter, half and year ends as well as expiry of active contracts. Holiday seasons are also dangerous for the bulls, because attention is diverted. It is likely to be more than coincidence that Easter followed by May Day the following week has accompanied a general sell-off.

The usual plan is to take out the stops which bulls put in place to limit losses. And with algorithmic traders selling on changes in very short-term momentum, it almost always works. While we can only guess at their trading positions on other markets, notably London forwards, it is a good way for the bullion banks to position themselves for the next bull run.

Meanwhile, with London shut on Monday precious metals may have a little more downside, with gold perhaps challenging $1250 and silver $14.50. Time will tell, but our gold technical chart below puts it in perspective. 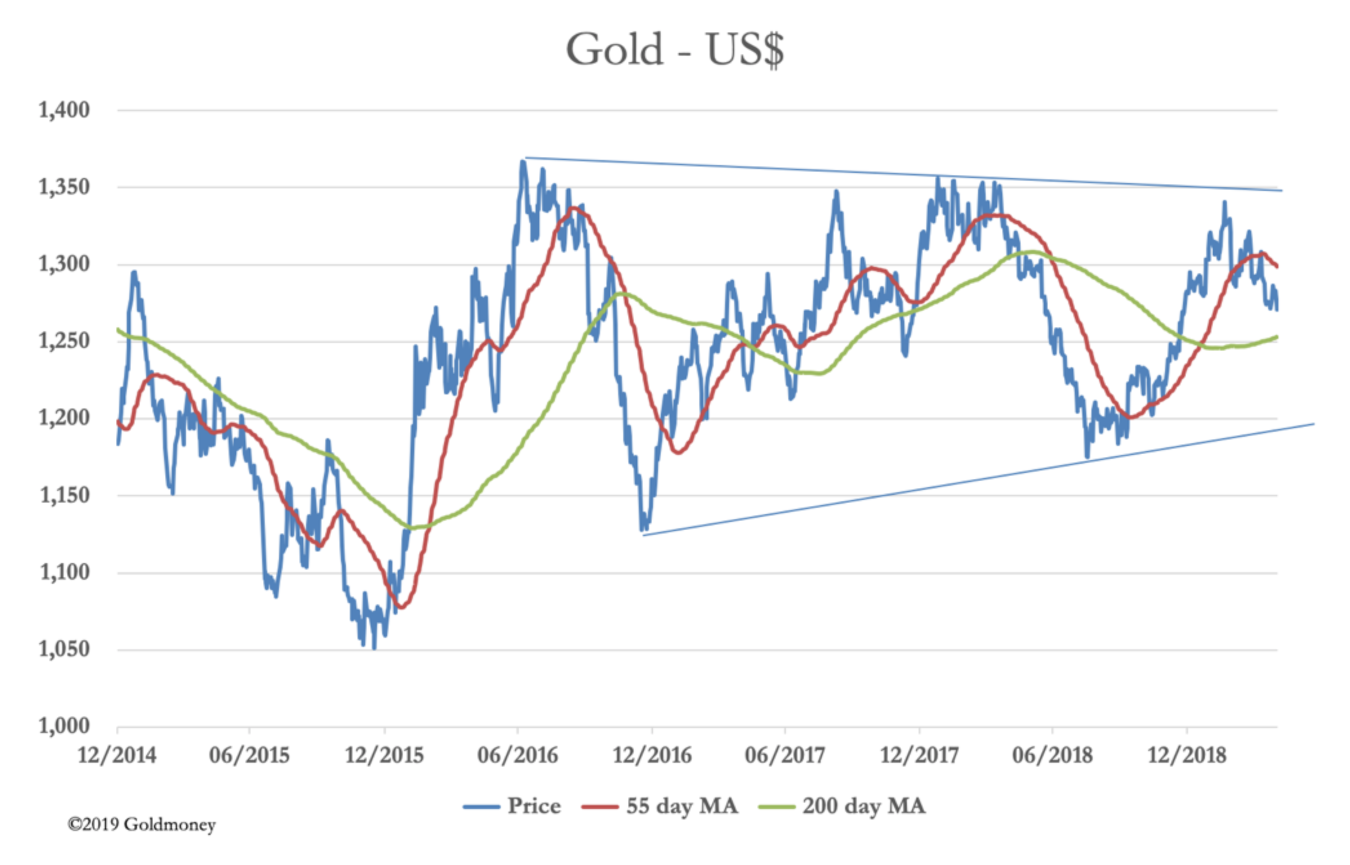 The 200-day moving average is at $1252, and traders are likely to see if it provides support for the gold price.

Hedge funds will have noticed the dollar’s trade weighted index has broken out on the upside, indicating a period of relative dollar strength. Those with short memories of when last November they shorted gold to buy the dollar could try it again, with the same result (i.e. they got very badly squeezed).

This week, the Fed signalled no change on the Fed Funds Rate (other than a slight shaving of the rate paid on excess reserves), while some observers thought an easing might be signalled.