By Alasdair Macleod
Market Updates February 08, 2019
This week, precious metals consolidated their bull run with a dip back to test previous supply levels, which have now become potential support. Having become overbought, this is healthy. Gold lost $6 on the week by European trade this morning (Friday) to stand at $1311.50, while silver lost 18 cents to stand at $15.79. Turnover on Comex has been moderate. 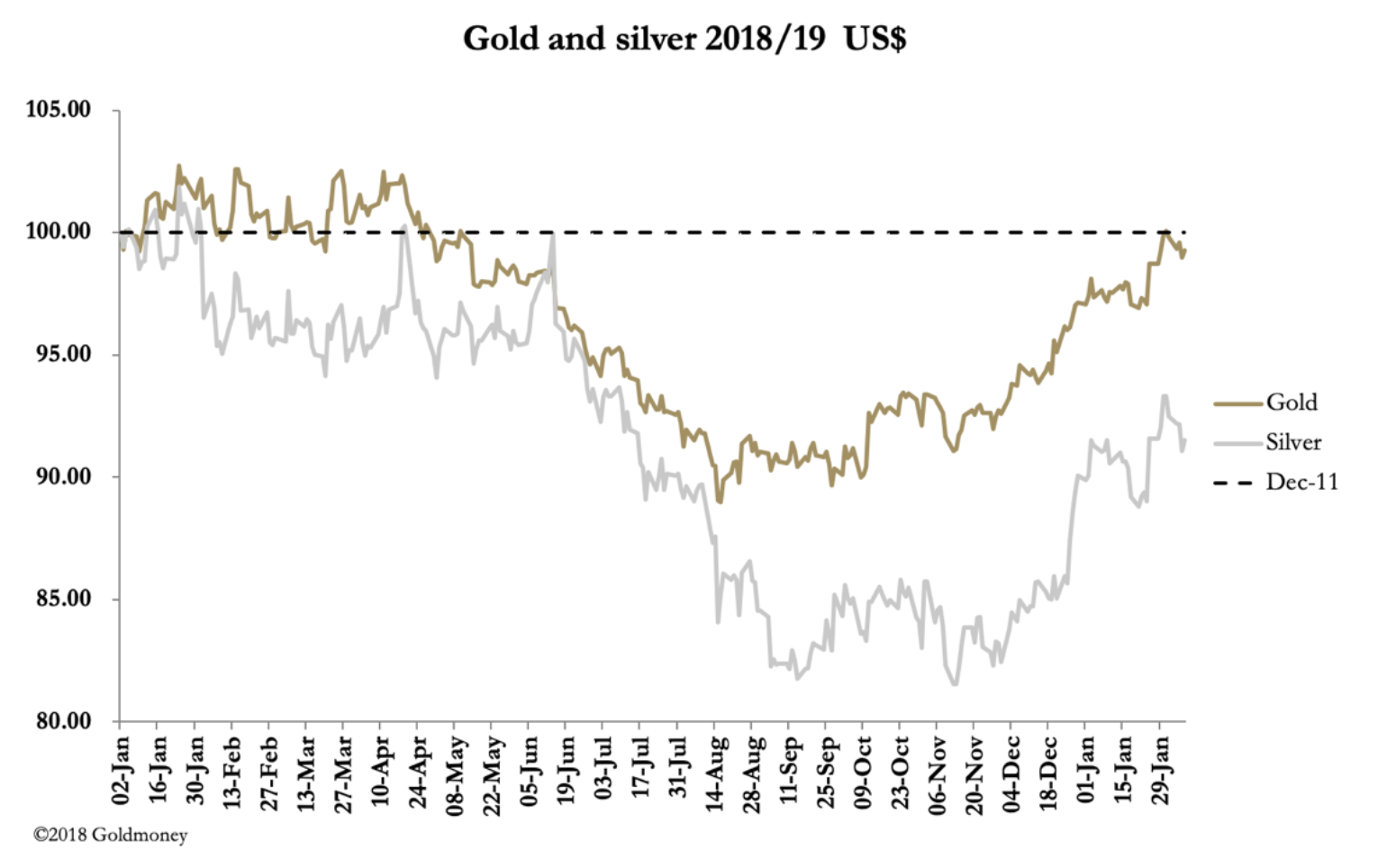 This is the week of the Chinese New Year, the Year of the Pig. Physical withdrawals from the Shanghai Gold Exchange’s vaults usually rise in the three months ahead of it, and with January yet to be reported, this appears to be true this time as well. In calendar 2018, total withdrawals were 2,054.6 tonnes, compared with 2,062.2 tonnes in 2017. Public demand for physical gold in China seems remarkably stable at about two-thirds of global mine supply.

Last year was a good year for physical gold, though judging by the price performance in dollars you would hardly know it. According to the World Gold Council, central banks added 651.5 tonnes to their reserves, and physical ETFs worldwide gained 68.9 tonnes. Global retail investment in bars and coin added a further 781.6 and 236.4 tonnes respectively.

Even though North American sentiment in 2018 was negative overall, the rest of the world was more bullish, with gold priced in many currencies hitting new highs. What has also gone unnoticed is the recent strength in base metal prices, with copper up 8% this year, nickel up 22% from January lows, and iron ore up 33% since late November. Energy prices are similarly strong, with WTI up 23% since Christmas.

This means that relative to commodities, gold and silver have fallen. From a monetary point of view, gold should be firmly underwritten with the potential to surprise on the upside, because gold tends to be more stable measured against commodities than against fiat currencies. It is bullish for silver, because it is a by-product of base metal mining and should reflect similar price dynamics.

What is interesting about the strength in energy and commodity prices is they occur at a time when the world economy is rapidly cooling. Something’s wrong. The only explanation is a weakening of the purchasing-power of fiat currencies, yet to be reflecting in gold.

This brings us back to our earlier comment about gold’s strength measured in other currencies, shown in our next chart. 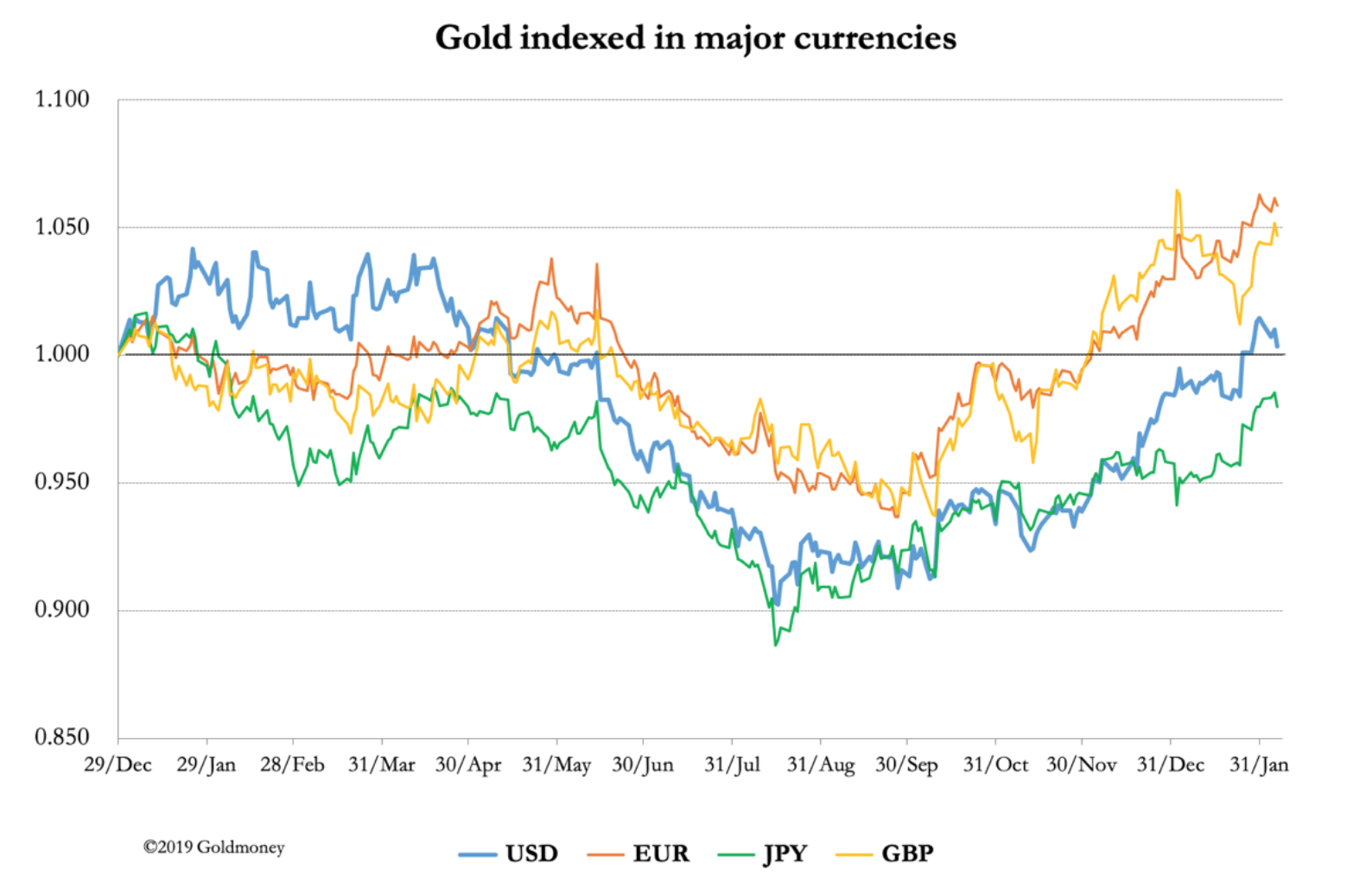 Gold has protected users of euros and sterling from currency depreciation, and with deteriorating economic conditions generally should continue to do so. But it is the dollar chart that everyone watches, and that is also looking good technically, which is our last chart. 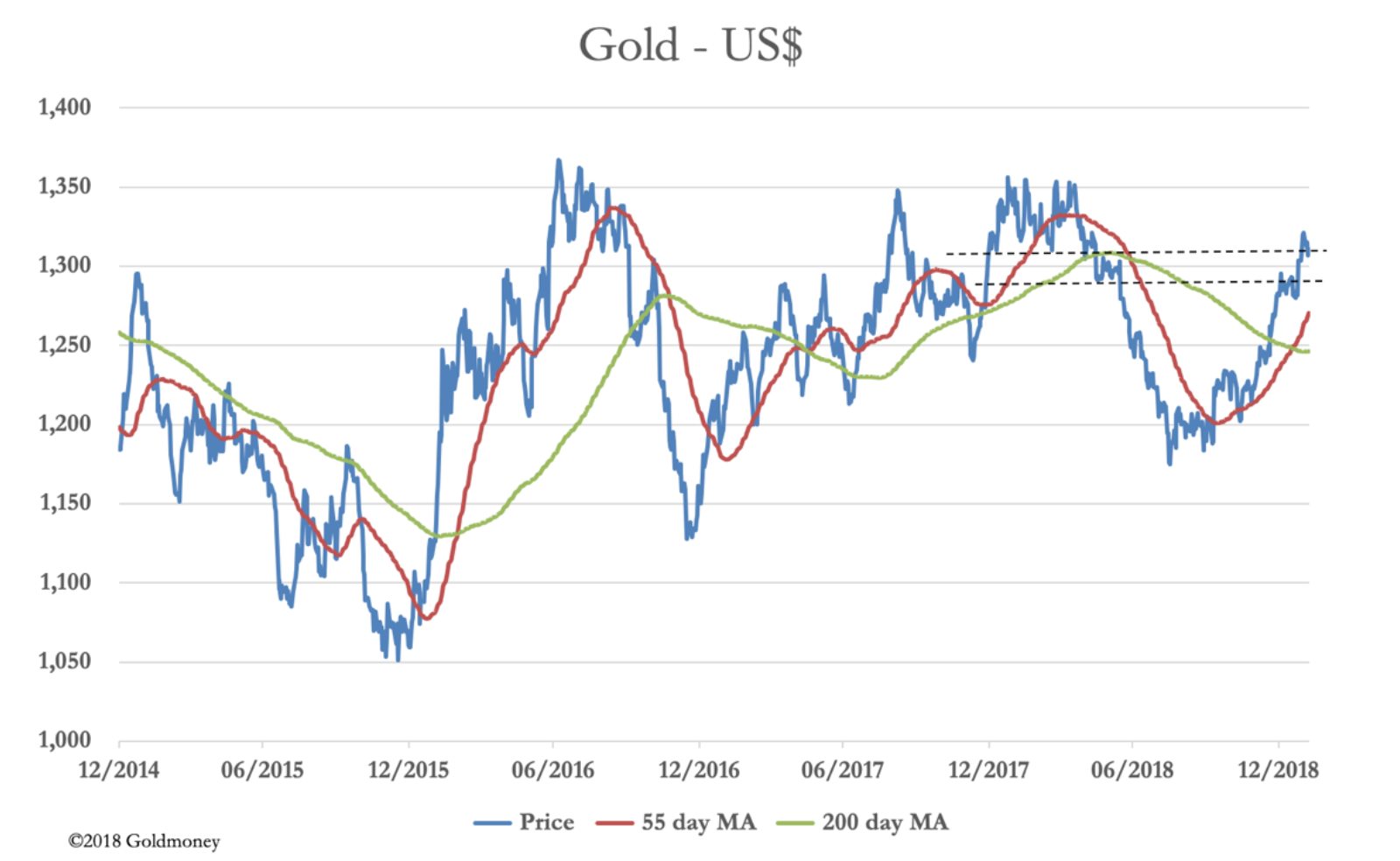 As suggested in last week’s market update, a consolidation was due, partly due to gold’s overbought condition, and partly due to potential supply levels established a year ago between $1310 and $1360. In that context, a tick back to test $1300 was expected. Otherwise, the gold chart still looks bullish, though a little more consolidation is likely.