While gold recovered some lost ground this week, silver went nowhere. From last Friday’s close, gold rose by $9 to trade at $1473 in early morning European trade today, while silver lost 15 cents at $16.88. Comex volume in both metals was subdued. 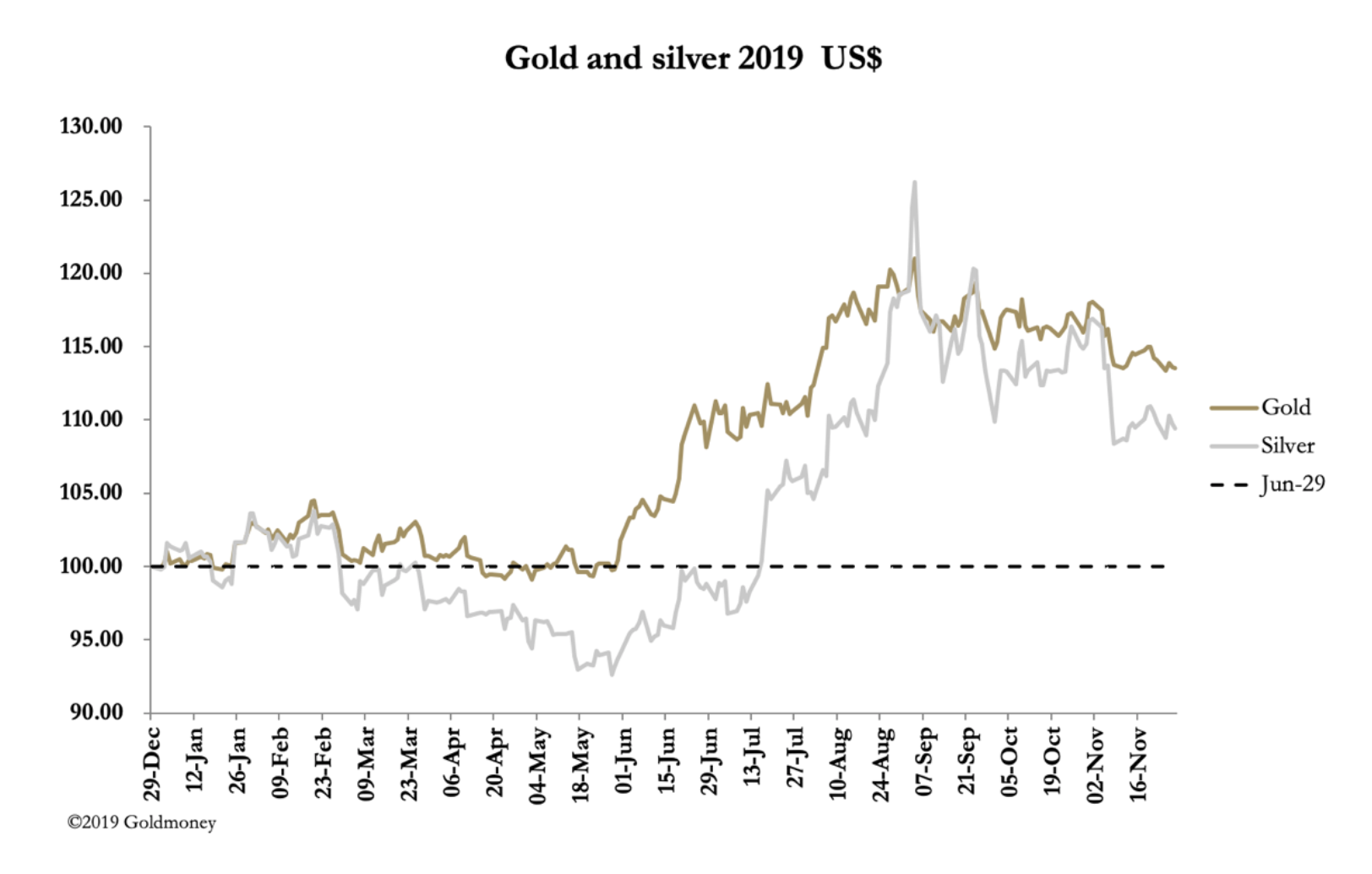 The next chart illustrates the effect, market by the arrows. 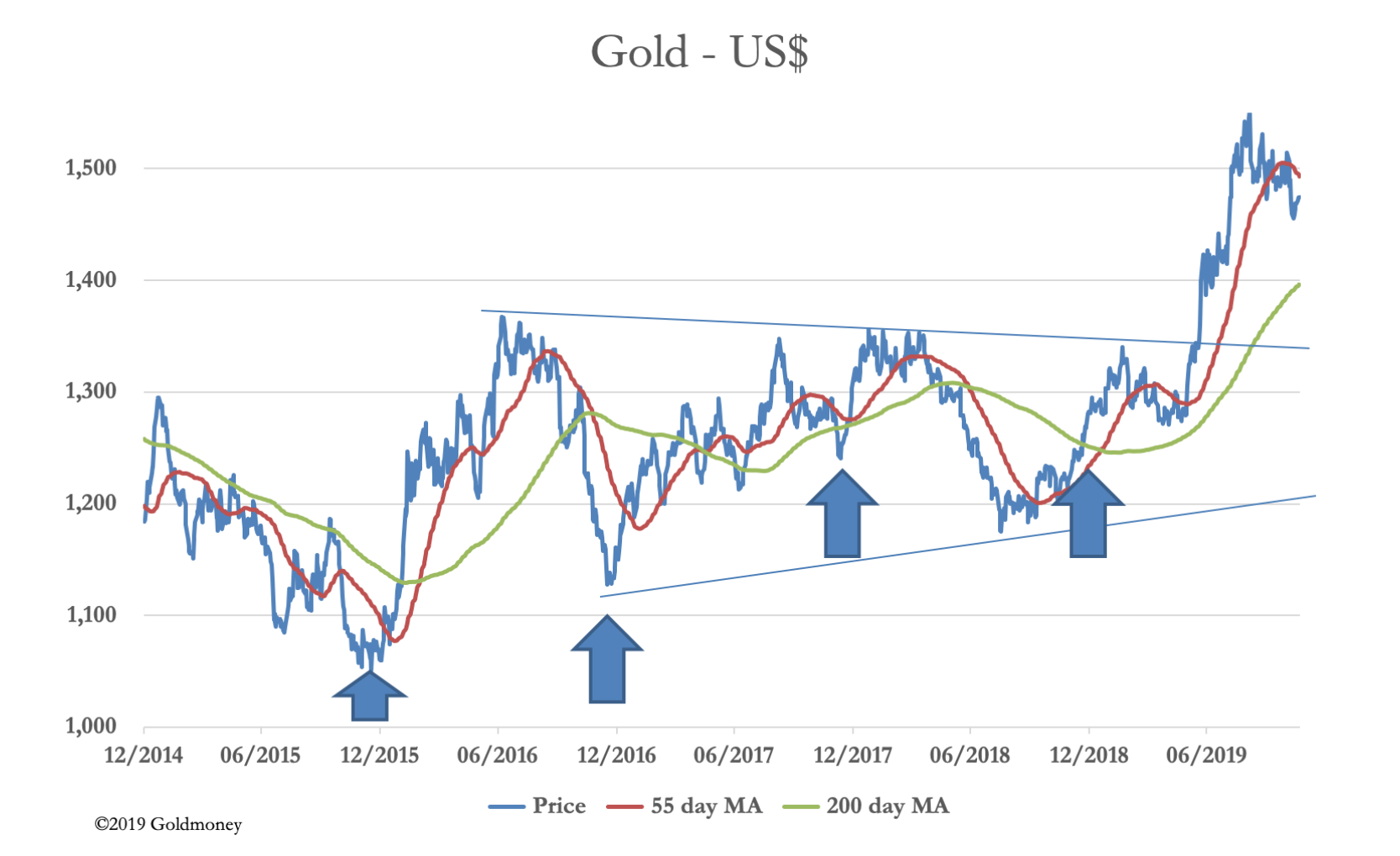 The first time this happened in the current bull market marked the end of the bear market in December 2015, when the price bottomed at $1046, subsequently peaking at $1375 the following July. Before the 2015 bottom, the price had fallen all of 2015, and in November alone, ahead of the December expiry, fell nearly 10%.

Last December was a little different, with the gold price falling heavily and making a major bottom in August. However, on close examination, the year-end turning point came just ahead of the December expiry, and by mid-February this year the price had soared $150.

The pattern is clear. For the last four Decembers, the gold price has weakened before gaining ground in the following months, on three occasions spectacularly. This time, the same dynamics appear to be present, but with an important exception: open interest on Comex stands at record levels, not consistent with speculators being shaken out and bullion banks having reduced their positions ahead of the year end. Instead, with the price having risen strongly over the year and open interest rising over 160,000 contracts, bullion banks look like incurring large mark-to-market losses in the order of $3.2bn over the year, eliminating some or all of their day to day trading profits.

The record level of open interest was revealed to include a large single position of over 300 tonnes by the rollover from December into February, the next active contract. We do not know the exact size, but it is large enough to distort the figures, making Comex appear wildly overbought when it is not. Whatever the reason for this whale’s existence, it appears that the perennially short bullion banks risk being very badly squeezed in the coming months, having failed to get the market back under their control at this year-end.

Open interest, a measure of the short positions in the bullion banks, could rise even further. Their survival will then depend on their positions in the London forward market which is always inordinately long of paper and short of bullion.