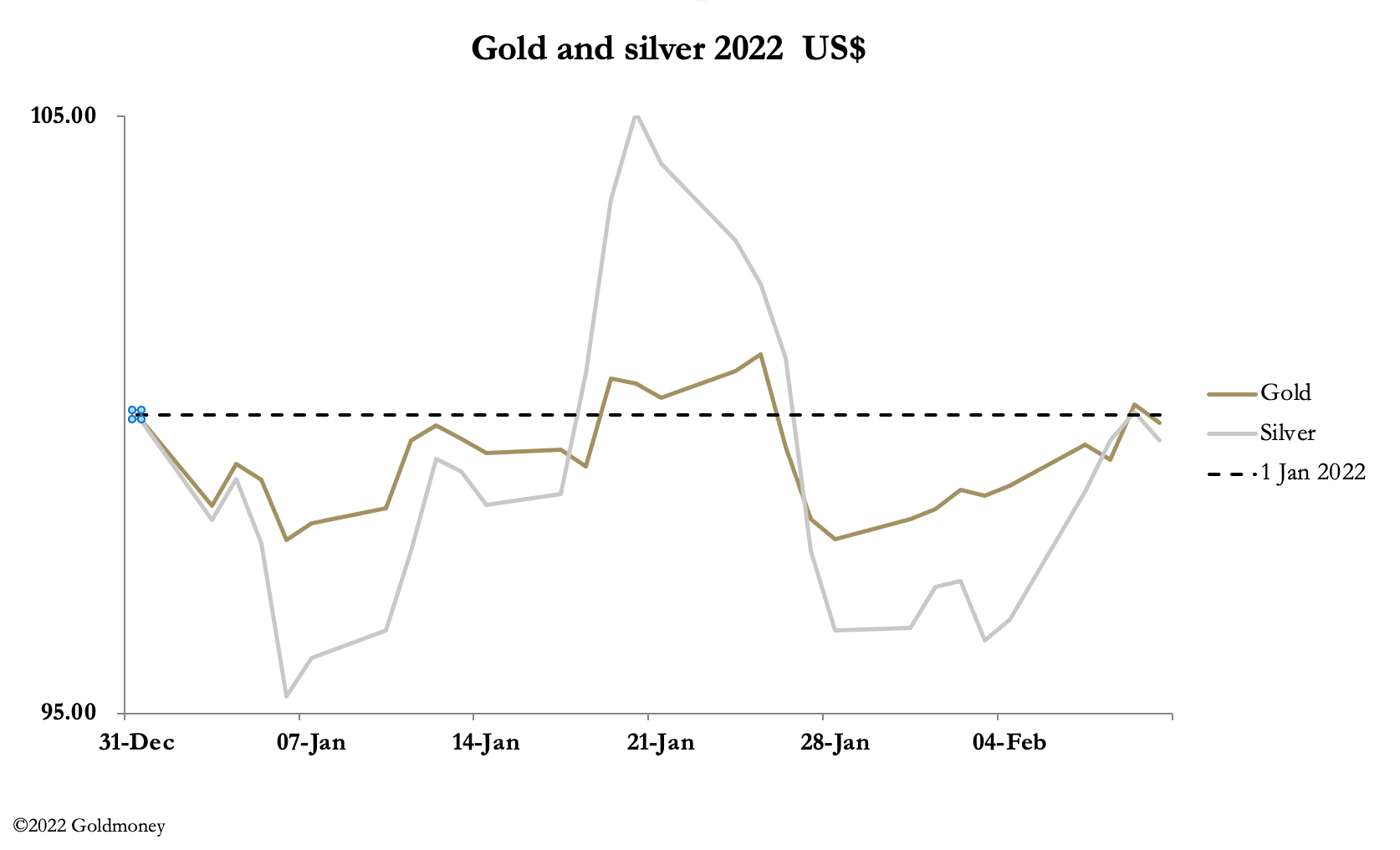 Yesterday it was announced that in the year to end-January US CPI rose by 7.5%, against expectations of 7.3%. Shock horror!! Gold and silver initially dipped as amateur speculators feared interest rates rising sooner rather than later before the implications began to sink into more seasoned minds, and gold hit a high of $1842, and silver $23.71. They then drifted back to close little changed on the day. 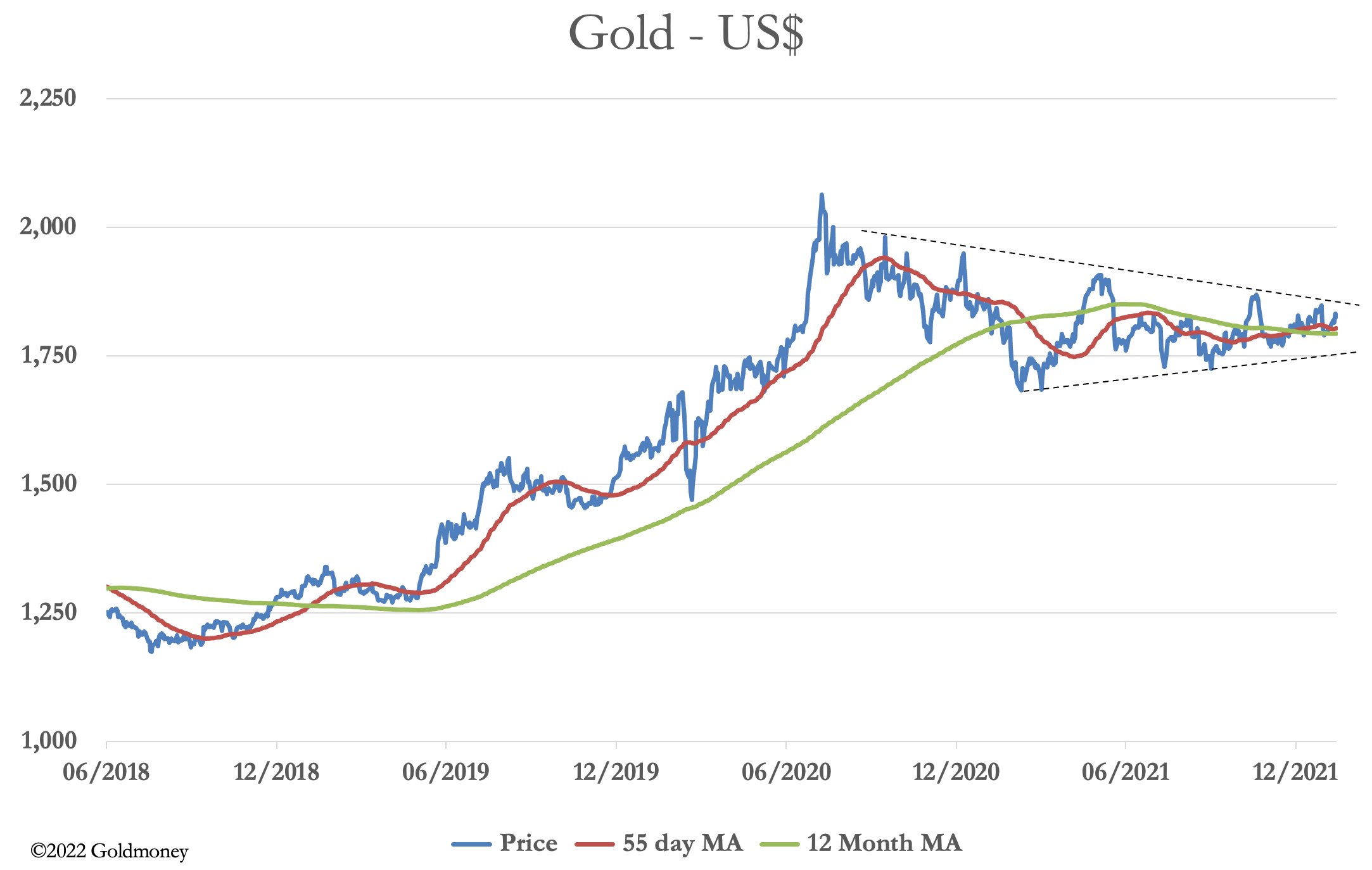 For the last eighteen months gold has been in a consolidation pattern, from which it has yet to break out. Almost certainly, gold is in an ongoing bull market, and the set-up of moving averages within a contracting triangle tells us that it will be resolved soon. The current break-out level is $1850, and if that hurdle is achieved, we can expect gold to resume its bull market.

The fundamentals point in the same direction because the dollar and all the other major fiat currencies are in the grip of an inflationary decline, which is equivalent to a rising gold price. Therefore, a marginally higher CPI report yesterday drove global bond yields higher, and equities lower.

Confirming that the problem is with paper currencies, the strong rise in commodity prices continues as our next chart shows. As well as persistently rising energy prices, backwardations in base metals are driving their prices higher. In the last three months, aluminium has risen 26%, in the last two months copper by 9%, over the last four months nickel by 33%, and so on. The drivers for price inflation are far from abating.

They are being seriously underestimated, as explained in yesterday’s Goldmoney Insight which demonstrated that there is still significant monetary stimulus to be transferred from high levels of currency and credit (M3) to nominal GDP. Figure 1 in the Goldmoney article is repeated below. 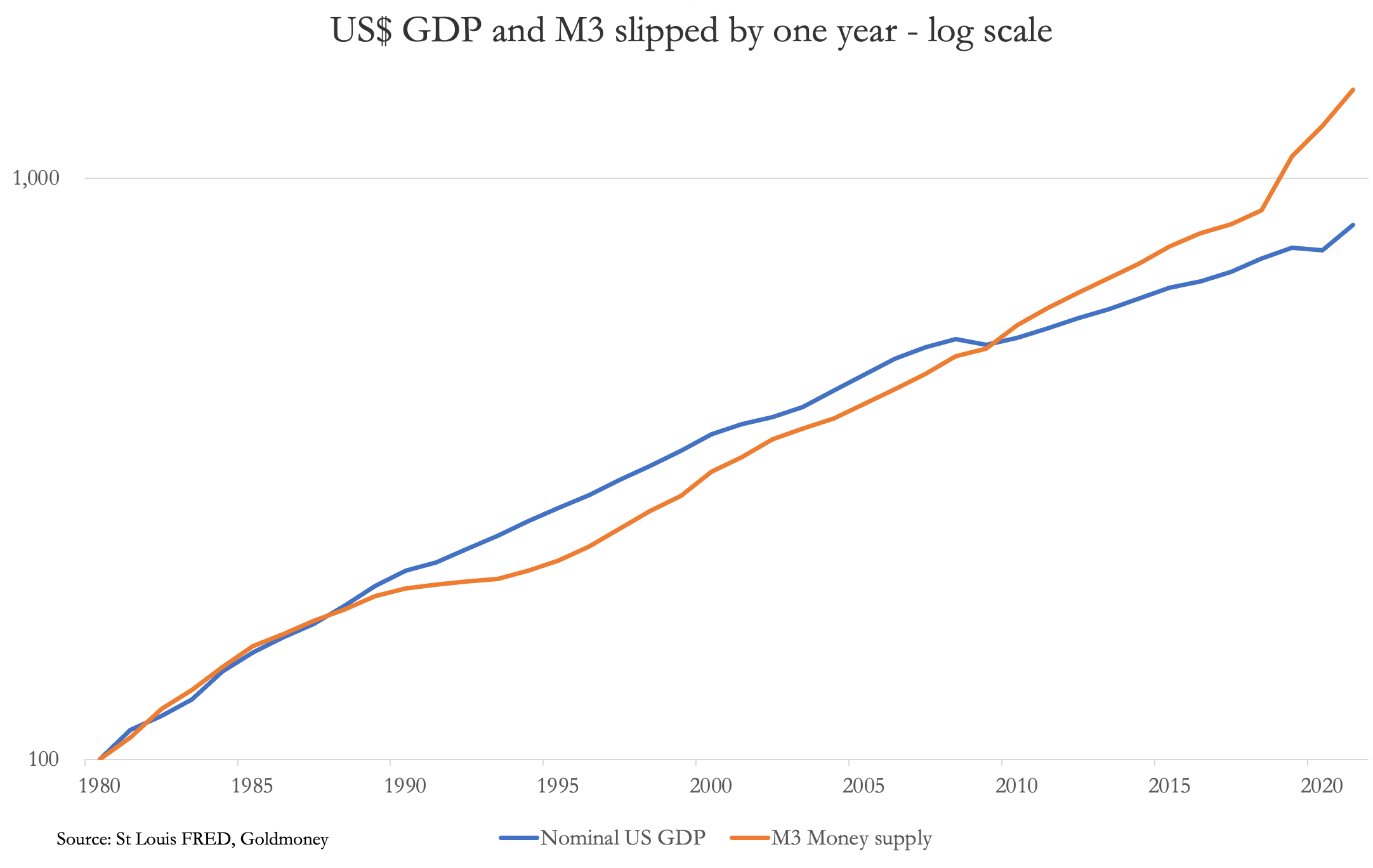 Since the Lehman crisis, the Fed stepped up its monetary stimulation at a faster rate than the growth of GDP. Some of it funded government spending, which goes into the economy and debases the existing currency, and some into QE, which partly funds new issues and partly supports secondary markets. Over time, we can expect nominal GDP to catch up with M3, entirely due to rising prices. Bear in mind that the CPI is suppressed by statistical method, with Shadowstats.com estimating it is growing at roughly double the official rate.

The chart represents relative growth rates, and the gap between M3 and GDP is now significant. Nominal GDP would have to increase by 71% relative to M3 to re-establish the relationship. It can only do so through rising prices, irrespective of any recession in business activity.

Clearly, these inflationary pressures are far from over and have the potential to drive market interest rates higher both rapidly and substantially, consequences slipping away from the Fed’s control.