Gold and silver consolidated recent rises in the wake of the G20 meeting last weekend, which yielded a partial climbdown by the Americans on Huawei. It was also an opportunity for Presidents Modi, Putin and Xi to discuss their nations’ future cooperation, but that hardly made the headlines. While the Asian powers are planning their moves away from American interference, that is a longer game. 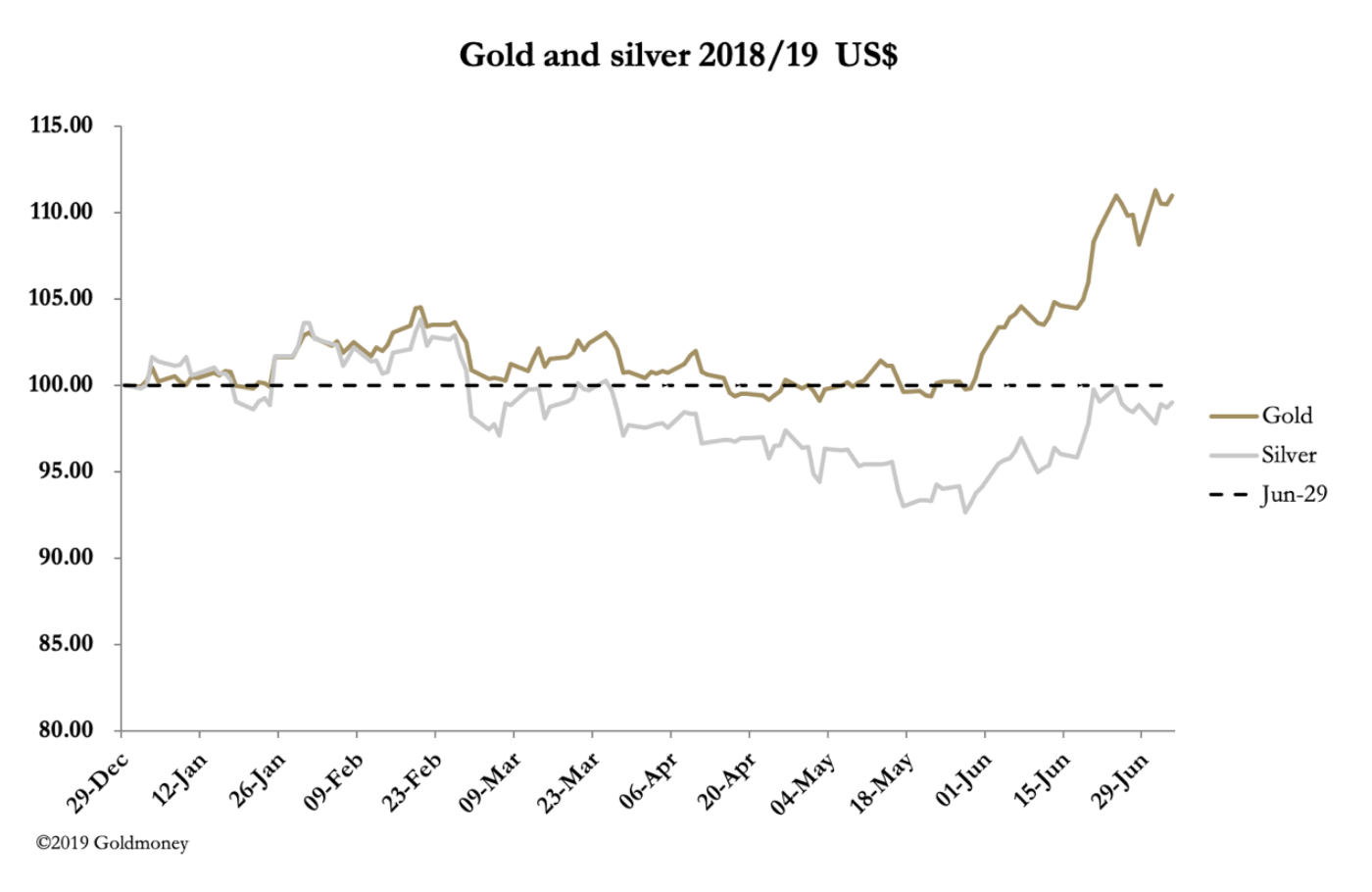 This week saw the US Independence Day holiday yesterday, and with Comex closed a sense of calm was inevitable, with moderating Comex volumes. In early European trade, gold was up $5 on the week at $1414, and silver up just 4 cents at $15.20. I have rebased our headline chart so that gold and silver are now indexed to 100 on the last trading day of 2018, and the disparity in performance between gold and silver is more obvious. While gold is up 11% on the year, silver is down 1%.

This divergence is most unusual. The normal rule of thumb is silver is nearly twice as volatile, and with gold up 11% silver should be up approximately 20%. Perhaps the most remarkable silver chart is of the positioning of Comex’s largest four traders, which is next up. 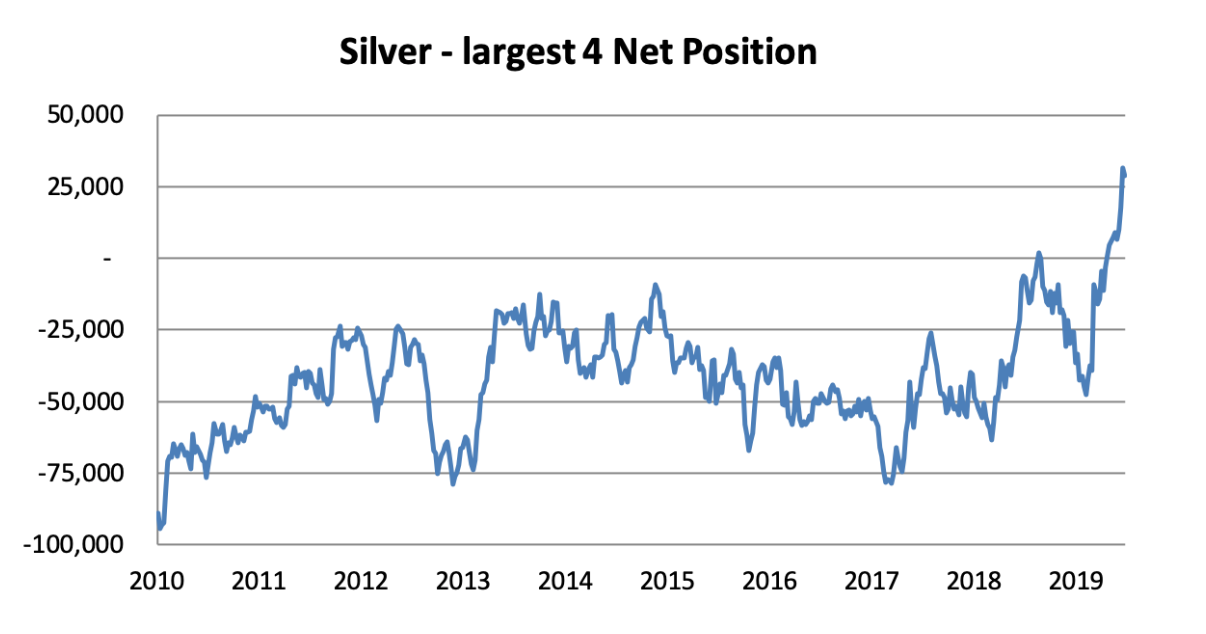 One or more of the biggest traders appears to be trying to corner the futures market. It can be a bank, a producer (unlikely) an industrial user, or a latter-day Bunker Hunt. It is not a bank, because the last Bank Participation Report (4 June) indicates the four US banks are net short 7,600 contracts, and the 21 non-US banks net short 27,600. At that time, the COT figures confirmed the largest four were already net long 9,943. So, it must either be an industrial user or nation hedging future purchases, or a large trader. The only nation with sufficient industrial demand is China.

We must also bear in mind that Comex is smaller than the over-the-counter (OTC) derivative markets, which include London forwards. But whichever way you look at it, there appears to be a royal tussle going on.

Furthermore, if it is only one large trader long, then the other three will be short. If, like the second four, they are close to record short, it implies the net long position of the one large trader is of the order of 100,000 contracts, which is 500,000,000 ounces, roughly 15,550 tonnes, nearly 60% of annual mine production.

If it is one entity, it is taking on the whole market. There can only be three outcomes. One or the other side capitulates (that’s two) or our gunslinger stands for delivery, just as the Bunker Hunt brothers tried to do in the 1970s.