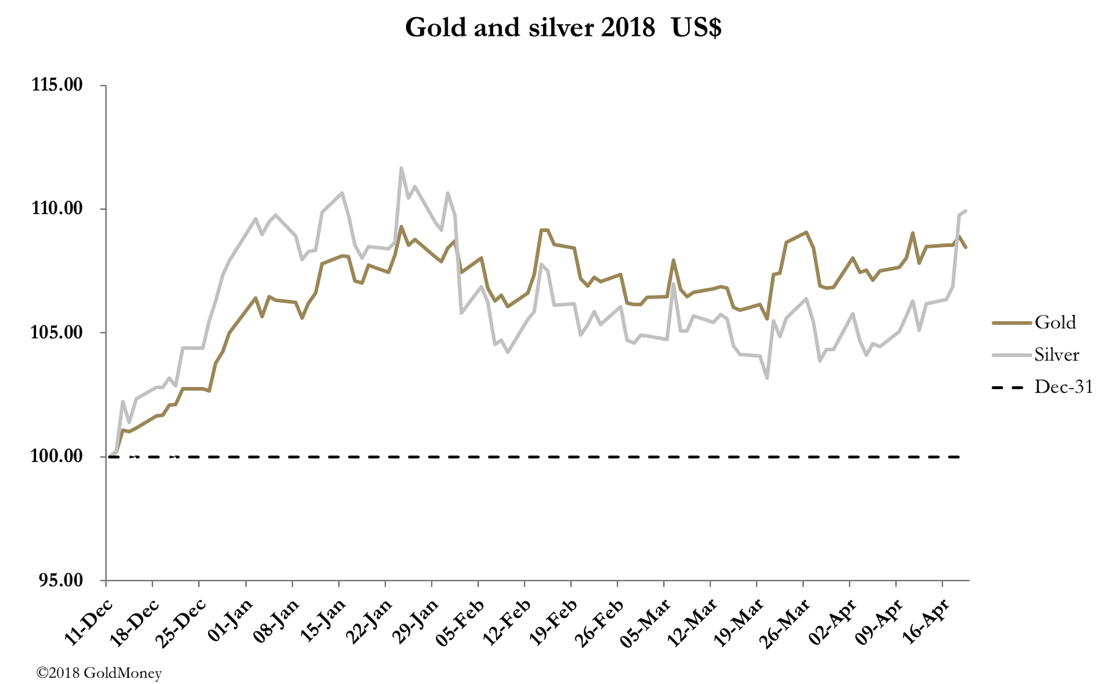 We can associate the sell-off in precious metals to buying of the dollar on Comex, where it had become oversold against other currencies. The dollar’s rally has now come to pass, and we shall have to see whether there is more in it yet. The other side of the dollar trade is commodities and precious metals. The dollar’s rally has therefore been mirrored in weakness for gold and silver.

There has been something mechanical about it all, and one imagines algorithms being in charge of price relationships. But looking at gold’s chart, the bullish picture is still intact, and any selling on Comex appears to be mostly done. This is shown next. 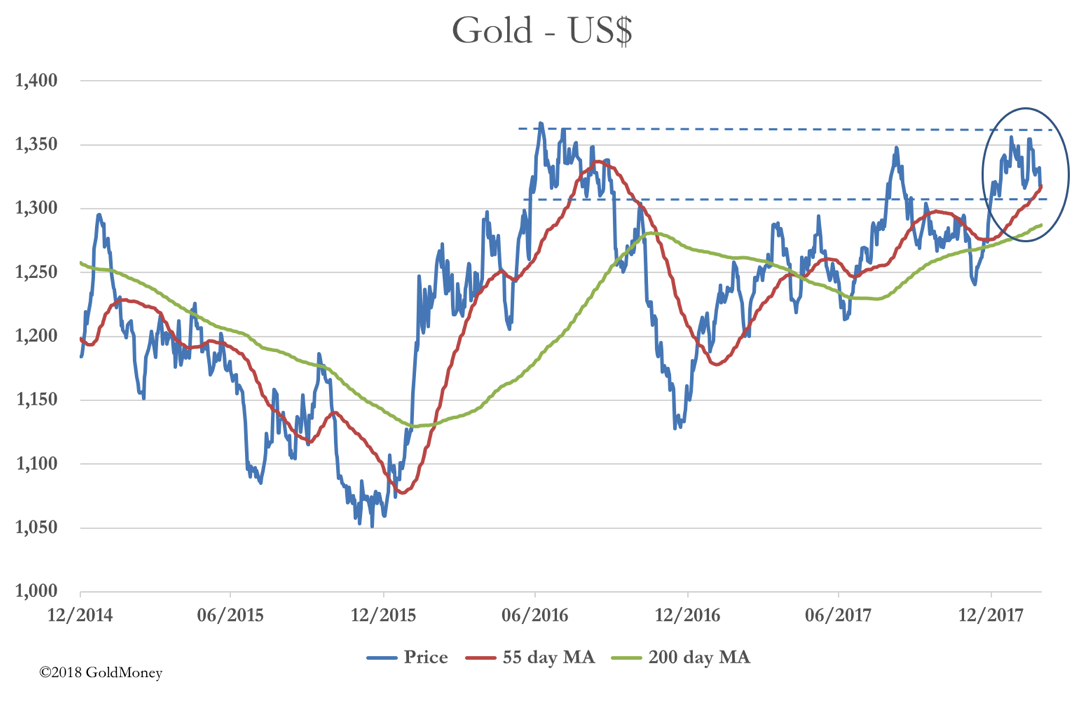 I have shown this chart a number of times before, with the theoretical area of supply bounded by the pecked lines between about $1360 and $1310. It was clear that from a technical perspective the run up to the top of that range in late-January was likely to be followed by some consolidation, and so it proved. Since then, a three-leg consolidation has taken place (circled) twice testing support in the $1300-1310 area. It looks like the correction has now done its work, and another test of the $1360 level is likely. This is partially confirmed in our next chart, of gold’s open interest on Comex. 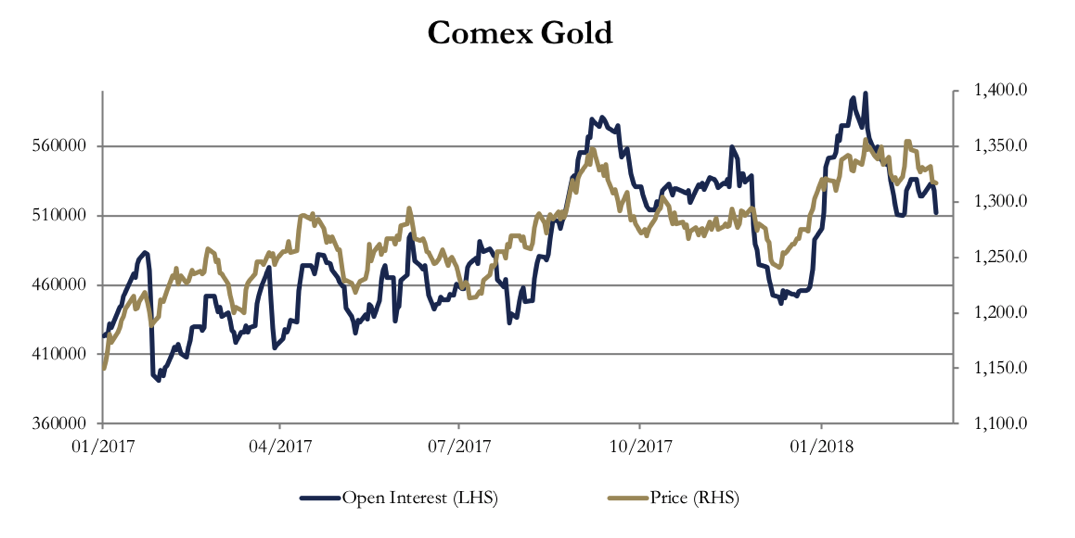 Open interest has fallen over 85,500 contracts (266 tonnes) in a little over five weeks. Given that in a bull market, one can expect open interest to be generally healthy, this is probably enough of a correction to now support a rally for gold.

While it is easy to become preoccupied with these technical considerations, there are other developments that justify the title of this report. For example, Russia continues to accumulate gold reserves, adding a further 20 tonnes in January, bringing the total to 1,843 tonnes, more than China’s officially declared reserves.

The Chinese Gold and Silver Exchange Society and Hong Kong’s gold exchange are in talks with Singapore, Myanmar and Dubai to promote yuan-denominated products, according to the South China Morning Post, with vaulting facilities in a free-trade zone near Shenzen. The SCMP omitted the most important element of the story: this cooperation comes ahead of the new yuan denominated oil contract, due to start trading in Shanghai on 26 March. This will allow countries such as Iran and also Russia to accumulate gold for oil using futures contracts, avoiding the dollar entirely.

Whether or not Russia uses this facility to take delivery of yet more gold will probably be decided by geopolitical considerations, as much as her desire to continue to build gold reserves. However, America is making enemies of China on the trade front, imposing tariffs on steel and aluminium. This looks like escalating, with China building up her military, and Russia announcing a new hypersonic missile capability.