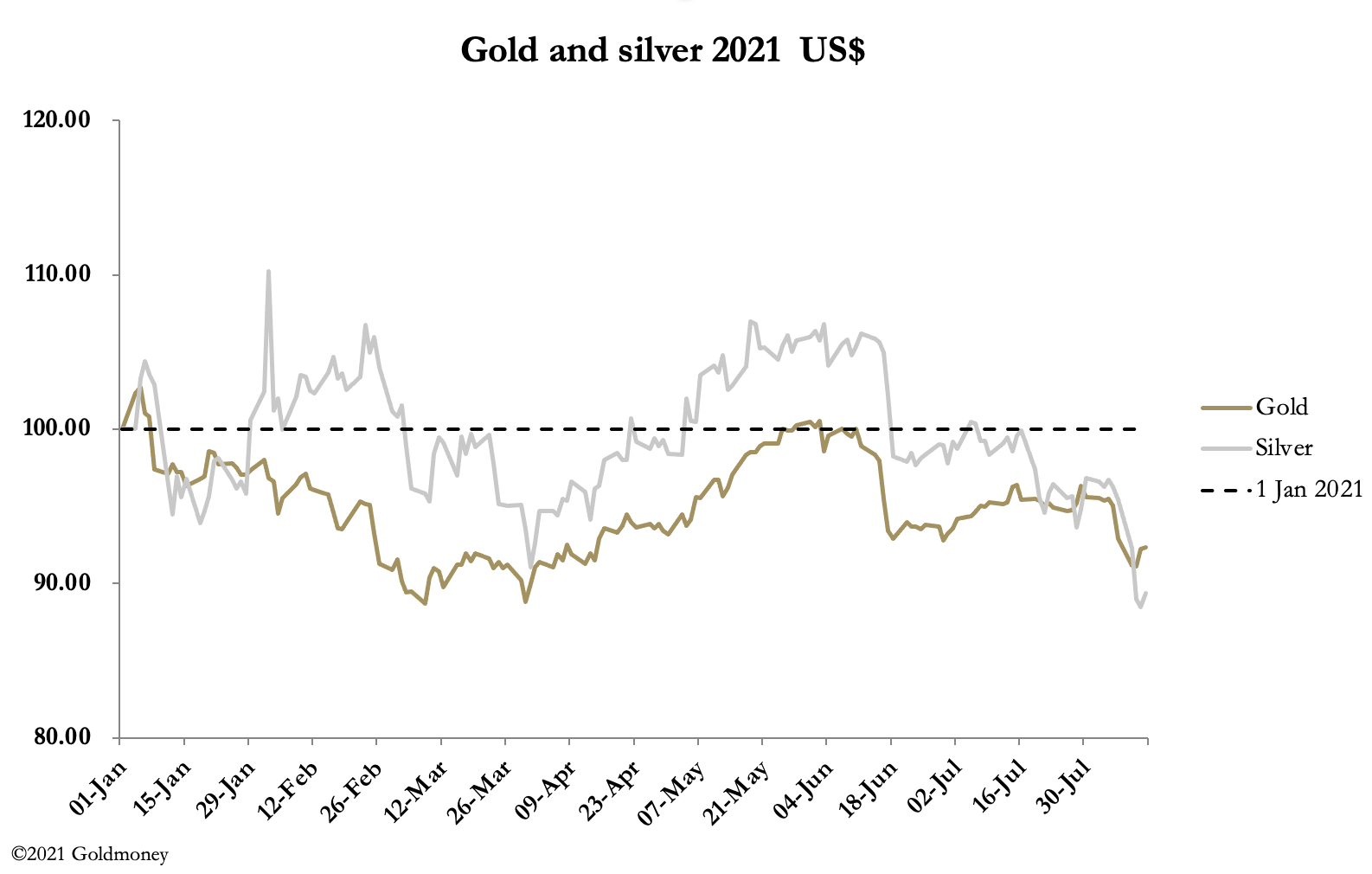 Gold suffered a massive bear raid over last Sunday night, when traders in Europe and America were not at their desks. Silver got slammed on the back of it. As can be seen in our headline chart, both metals are now well down on a year which increasingly appears to mark the commencement of monetary hyperinflation for the dollar.
After falling $42 last Friday, from its close gold was down a further $4 at $1759 in European trade this morning, having traded as low as $1682 on the smash. Silver underperformed badly, down nearly $1 on the week at $23.35. Weak holders sucked into silver ETFs by the ramp up to $30 on 1 February are now selling.

Clearly, the bear raid was an attempt to shake out hedge fund longs on Comex and weak holders of physical ETFs in London. We can be sure that some bullion was disgorged from ETFs, but the effect on Comex is likely to have been less successful.

Assuming there was little change in the Producer/Merchant category, the Swaps would have closed only 9,000 of their net shorts worth $1.6bn at current prices, reducing their net short position to $29bn. Looking at Bank Participation Reports covering July, we find that bullion banks in the Swaps category bought 8,383 longs, but added 24,094 contracts to their shorts for a net increase in their short position of 15,711 contracts.

Clearly, the attempt to reduce their Comex exposure in the month after the new Basel 3 regulations were introduced in the US was backfiring. It might explain the attempt to crash the gold price while markets were thinnest.

Part of the problem for the bullion banks is that the hedge funds (Managed Money) are exposed less than average to net longs. The position on 3 August is shown in our next chart. 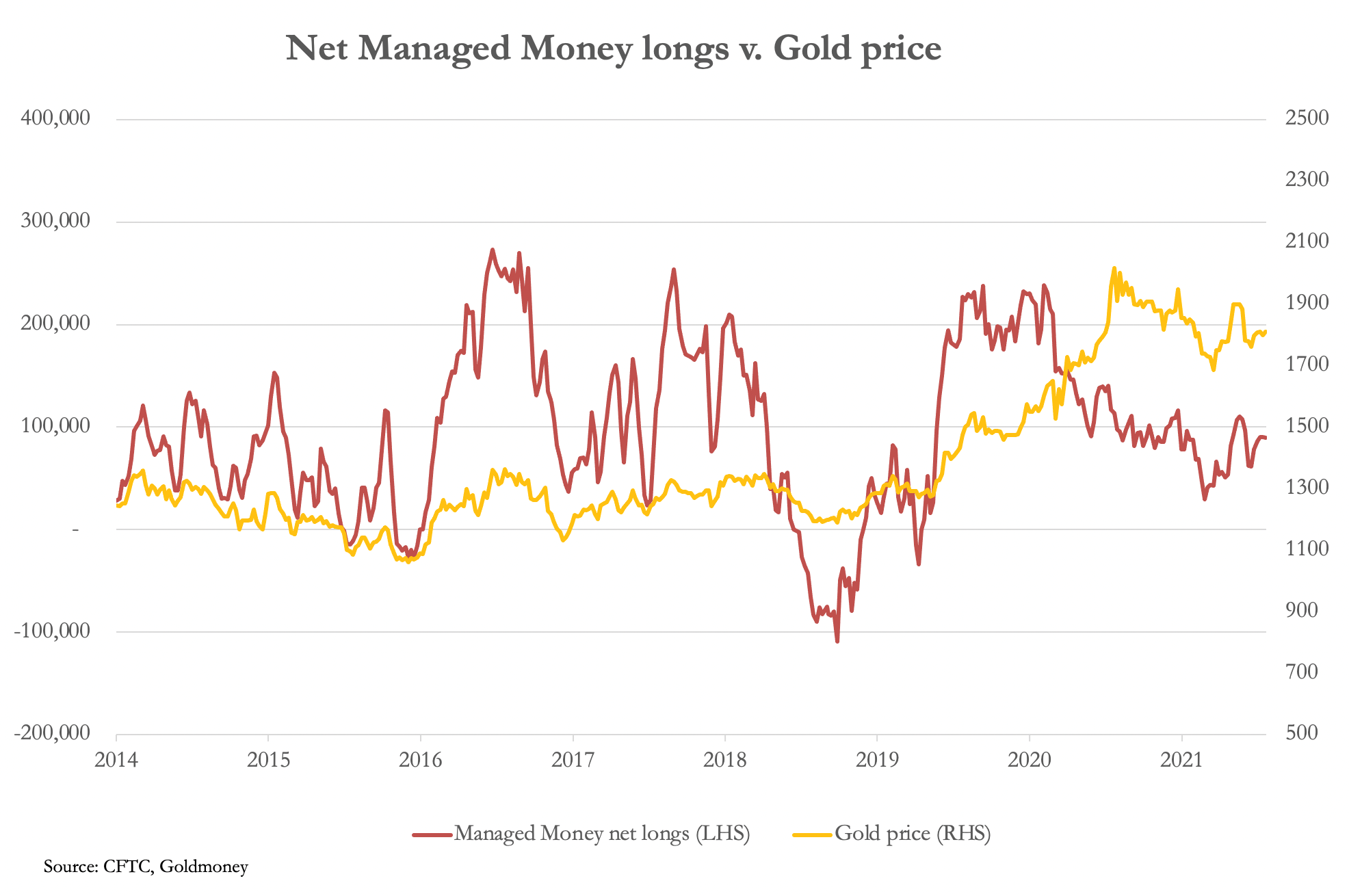 Last recorded at under 90,000, net longs have probably declined to about 82,500, which compares with a long-term average of 110,000. In that context, hedge funds are running a moderately bearish position and further attempts by the Swaps to close their shorts are likely to continue to be fruitless.

Meanwhile, in London there appears to be some rotation in physical bullion, with ETF sales being absorbed by central banks. The Reserve Bank of India has been particularly aggressive, taking its gold reserves up to 705.6 tonnes on 30 June, up from 558 tonnes in January 2018. This is notable because it marks a break with the anti-gold neo-Keynesian economics pre-Modi. In common with other Asian nations India is embracing higher gold reserves as a dollar hedge and looks likely to continue to do so.

Price inflation is continuing to rise, with US CPI estimates rising 5.4% in July. While commodity price rises have paused, there are still logistics problems disrupting production and increasing manufacturing costs. And labour shortages, with covid infections still impacting a reluctant labour force are restricting supplies even further.